A few weeks ago, the teen and i registered for a fun-looking inaugural turkey trot 5K in downtown l.a. set for thanksgiving morning. the plan was to run it and then drop her off at her dad's for a few days before heading home to throw a mini thanksgiving dinner together for me, the hub and the bean.

except that the teen somehow managed to catch an icky cold that turned into an upper respiratory infection, leaving me to run the race solo while she waited for me at the finish. sigh.

it was really odd to be on an empty freeway that's typically crowded as all hell at all hours of every day. 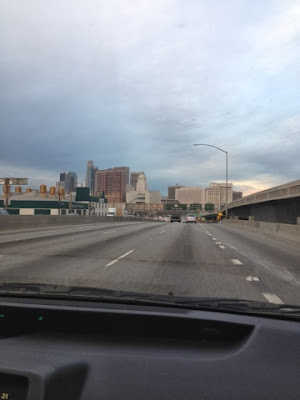 finding the garage for our prepaid parking was a little tricky, but we finally found it. we had to walk a couple of blocks towards grand park, where the start line was set up across the street from city hall. 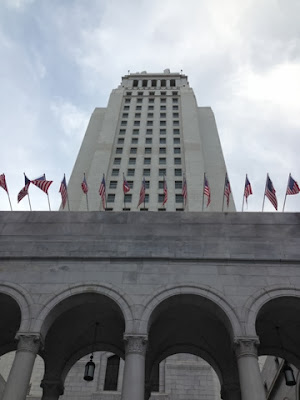 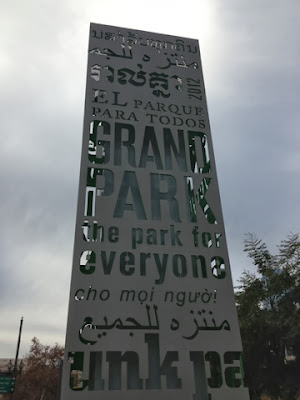 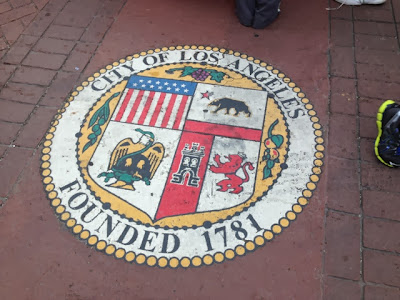 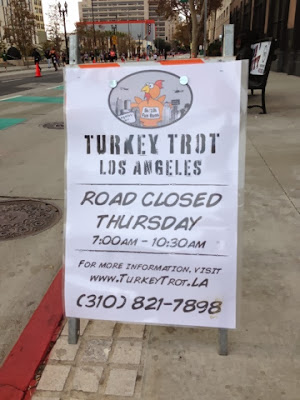 i got her to take this for me shortly before the gun went off. 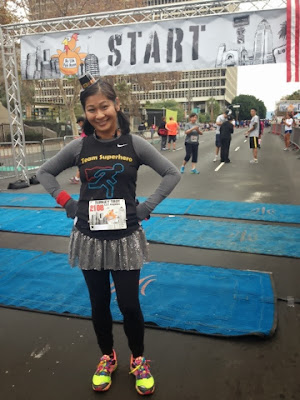 the course was slightly hilly in the beginning, but nowhere near as bad as it could've been. hill street. get it? heh. 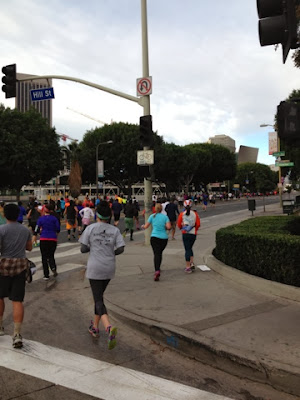 the walt disney concert hall is really cool looking. i've never been to anything there, but maybe one day. the sight of it always makes me think of my friend weezermonkey, because she and her husband did their engagement photo shoot here and the pictures are awesome. 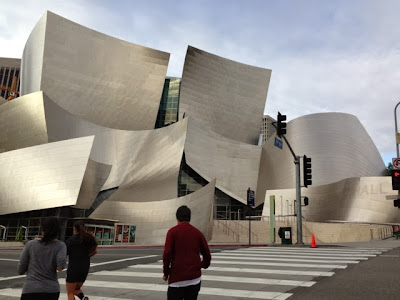 after a crazy steep downward sprint, the first mile marker came into view. 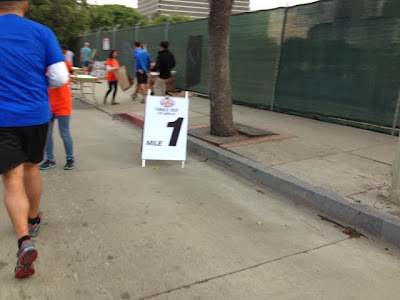 before i'd even reached the halfway point, the guy in first place sped past, preceded by a police escort. 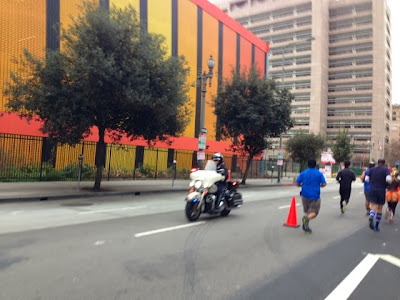 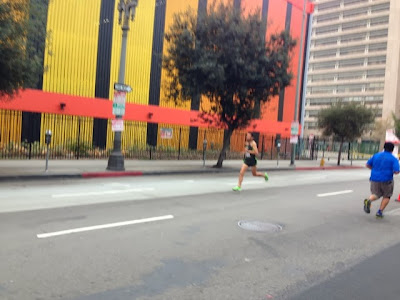 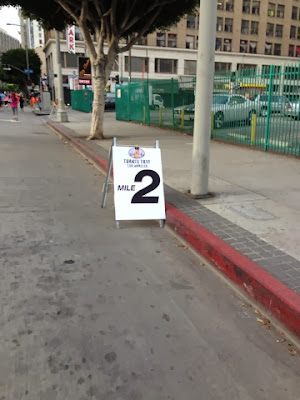 timing mats were placed just before the u-turn. 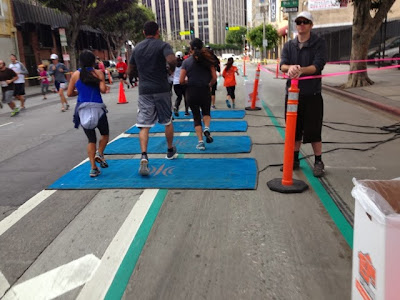 the last mile was mostly on an incline. ugh. making things worse was the sight of the little kid who i honestly could not pass no matter how hard i tried. oh well. i still managed to get to the finish line and make decent time. 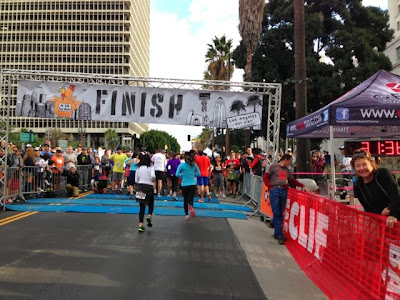 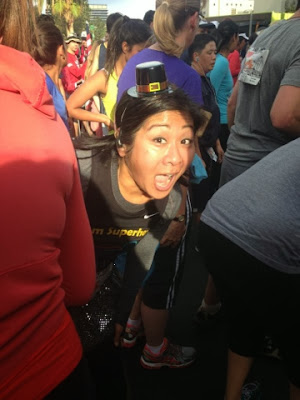 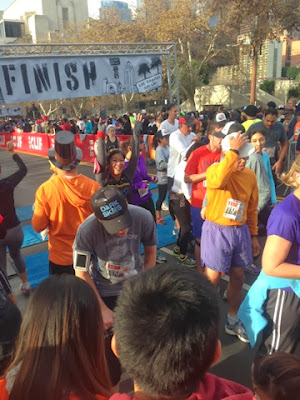 i sure do love a race with a finisher's medal. 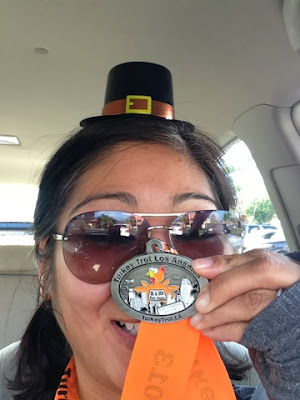 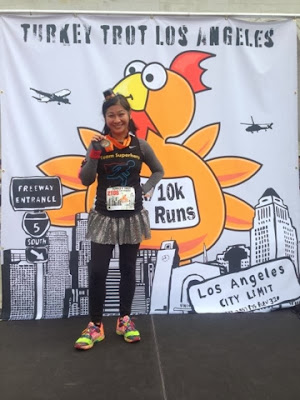 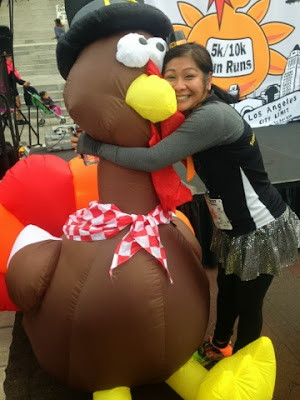 and then i was all good to grub down on all the sweet potato casserole i wanted. whee!
at December 06, 2013

Email ThisBlogThis!Share to TwitterShare to FacebookShare to Pinterest
Labels: running my ass off, thanksgiving, turkey trot