hard to believe it's elf on the shelf time again. ever since the day a local radio station switched to all christmas songs, all the time (a solid two weeks ago, at least. cray), the bean has been asking when pixie the elfette would be coming back.  i managed to put her off till thanksgiving, and of course, the first thing out of her mouth that morning was "mommy, when will pixie be here?"

oh, and she made it a point to tell me that she was expecting to see none of last year's elfette antics. double sigh.

she wasn't the only one thinking ahead, though. one of my twitter friends dropped me a message and asked if i would consider hacking into her kid's elf to make her bendy, like i'd done to pixie last year. well, sure. it's really only about a ten-minute process. it took me a couple of days to open the box when it arrived, and i had to make sure i timed it so that the bean was already asleep so she wouldn't see.  but it was worth the wait, because the sight of what lay inside that box made me very very happy. 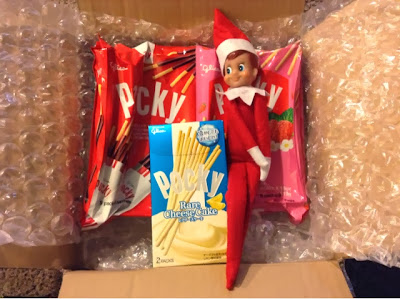 after all, we all know that there are at least two ways to my cold, hard heart: bacon and pocky. especially when it's a fun new flavor that i've been wanting to try.

i got right to work on my task, until i went to insert the wire through the first limb and suddenly remembered that i'd had a lot of difficulty with this thin wire last year. shit. 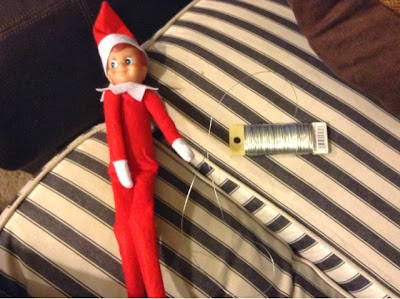 i went hunting in the garage for something better to work with and this was the best i came up with: 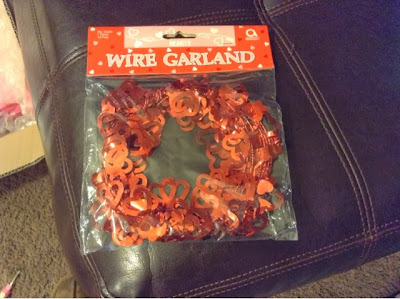 just call me freaking mcgyver, man. i ripped the hearts off of a length of that garland, poked it through, and...success! in no time i was done and the elf was sitting pretty. 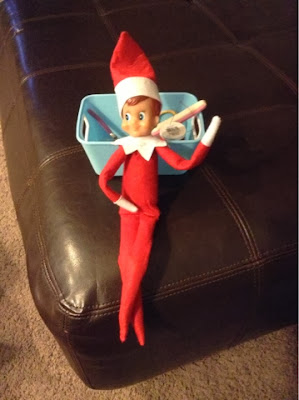 i may actually have to re-hack pixie to improve her bendiness.

speaking of our own elfette, here's the first few days' worth of her 2013 antics. first, her triumphant return from the north pole: 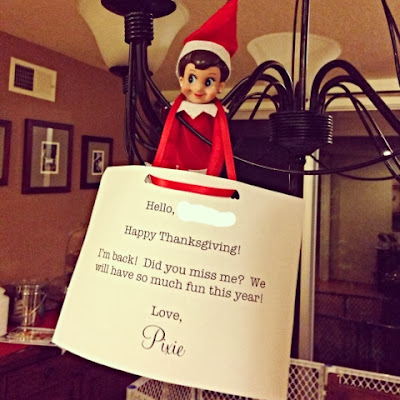 her face when she caught sight of her beloved pixie was priceless. she even had to sit down to let it all sink in. 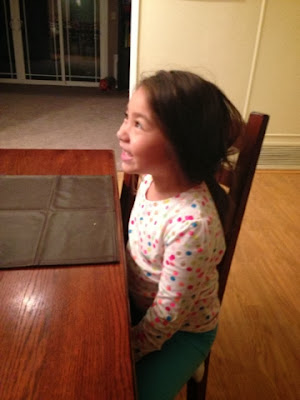 the next morning, she found her playing a round of hungry hungry hippos with a friend. 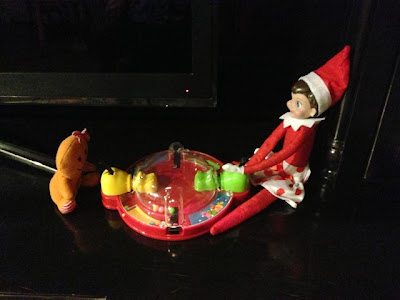 she was particularly bowled over by this one. 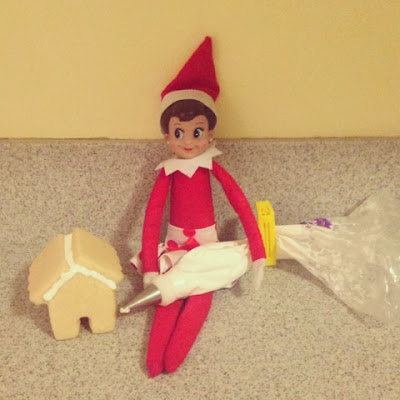 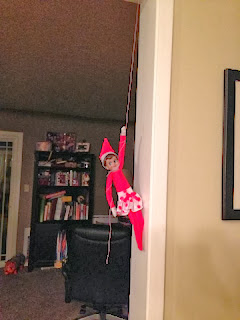 stay tuned for weekly recaps for the next few weeks. aren't you so glad the holiday season is a short one this year?!  only 24 more days of this business. yay!
at December 02, 2013