tiaras and boas and bling, oh my!

when i heard about a race series called the "divas half marathon and 5K," it took about three seconds for me to decide that i had to sign up for it. i mean, really - a pink logo, a tiara and boa station just before the finish line, sweet finisher's medal?  yes, please!

the girls came with me to the ontario convention center to pick up my bib at the expo. 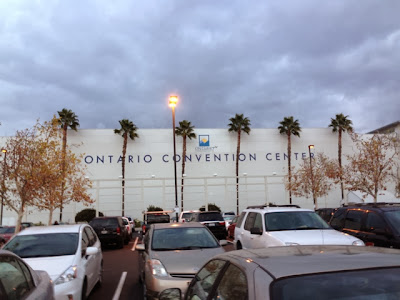 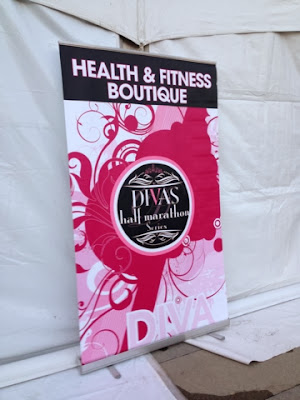 i couldn't resist the photo op. shocking, i know. 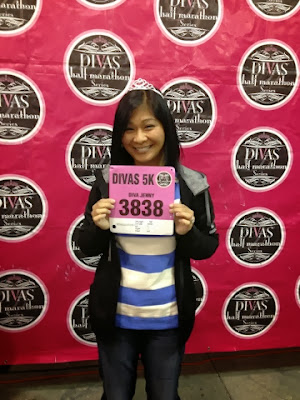 on our way out, i spied some fun christmas baubles. i resisted them, though. 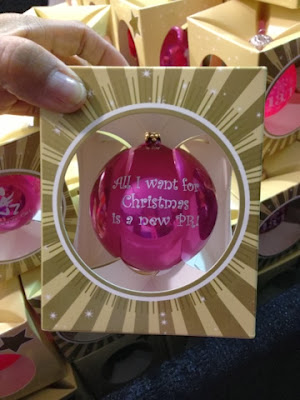 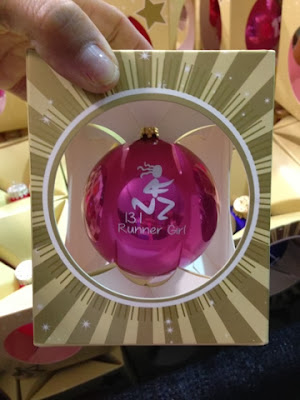 my buddy lilcee had also registered for the 5K, so i was scooping her stuff up too. unfortunately, mini cee got super sick the week before the run and she ended up having to back out. bummer on a bunch of levels. so instead, i headed back out to ontario on race day solo. and it was damn frigid out there. 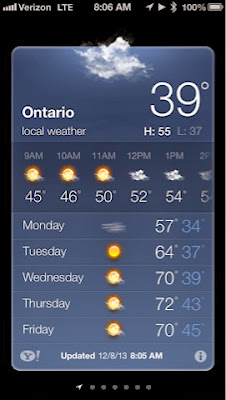 yes, i realize this is nothing compared to most other places. i don't want to hear about it. i live in southern california for a reason, people. i like cooler temps, but i'm not all about growing icicles on my damn nose when i'm trying to get a run in.

the half marathoners were scheduled to head out first. it was kind of fun to head to the start line and watch. 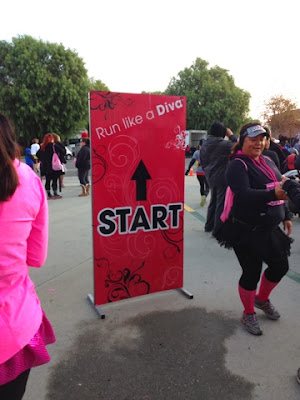 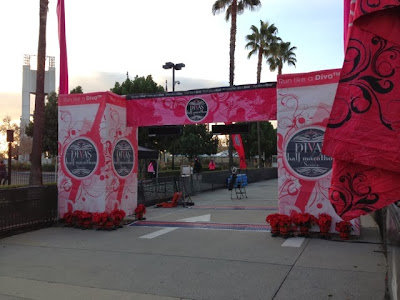 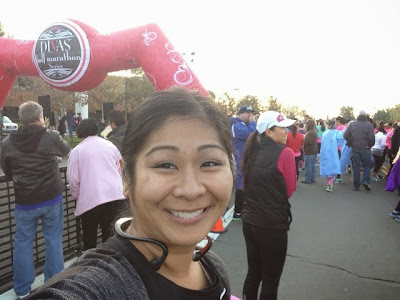 i managed to find one of my team superhero leaders, sabrina, and her mom as they got ready to start their run. 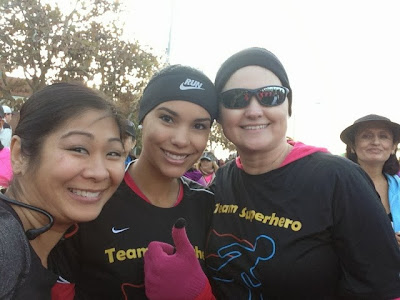 my friend ali vincent was there too. she helped kick off the festivities with a little pep talk. 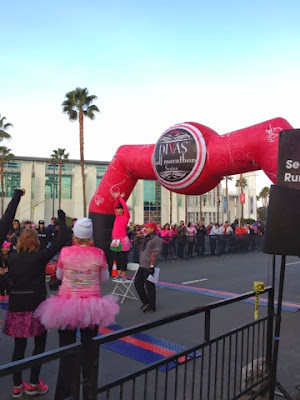 after the national anthem was played, they were off. 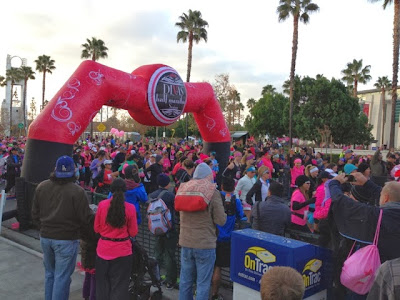 finally, it was our turn. i joined my fellow 5Kers at the start and waited to get going. 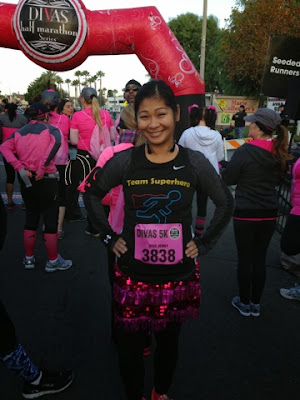 it took a really long time to get the green light, and we actually didn't hit the road until about a half hour later than the scheduled time. we all stood around long enough to see the first few half marathoners make their way back towards us on their quest to complete their 13.1 miles. it was kind of funny to see that at an estrogen-filled event that was suffering from pink overload, the front runner was a dude. heh.

at last we were allowed to cross the timing mats and head out. 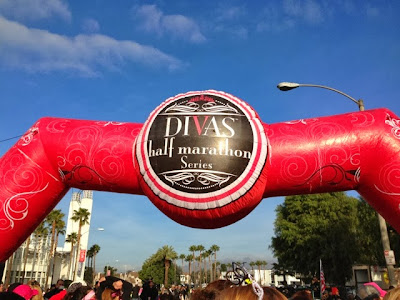 even the arrows painted on the ground to guide us along the route were pink. 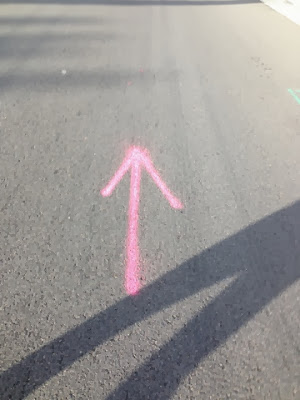 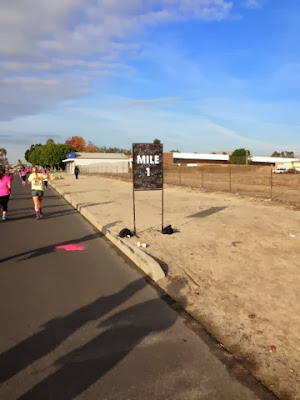 this was the extent of our course entertainment. 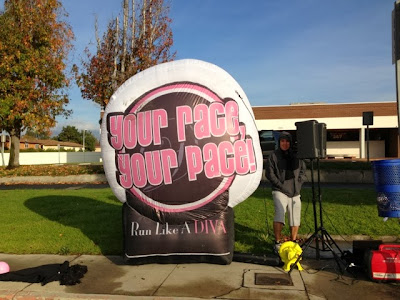 at exactly 1.5 miles, we turned around. 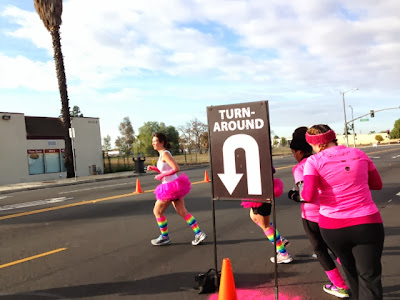 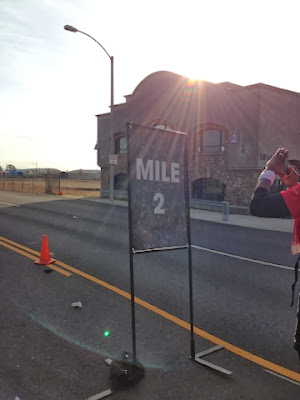 just around the corner from the convention center. 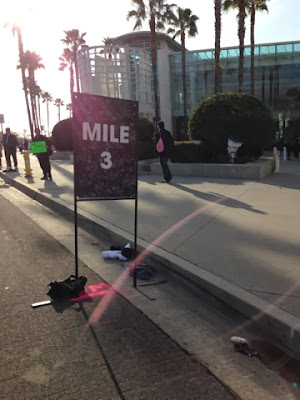 i had just enough time to grab my fabulous finish line gear here: 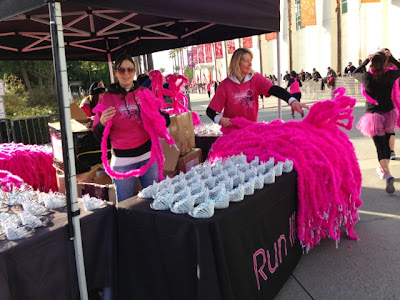 and then it was done. 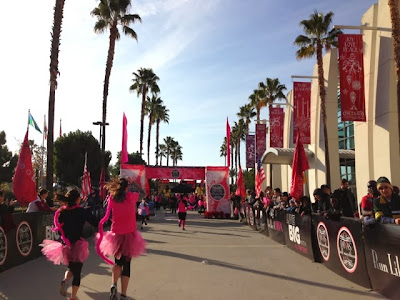 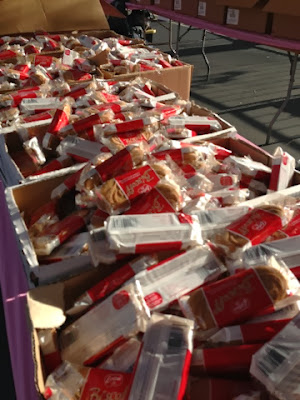 was i a diva, or what?  not to mention that i found out later that i came in 7th in age group.  out of over 120 people!  that's not a prizewinning finish, but for someone who isn't very fast, that's pretty cool. 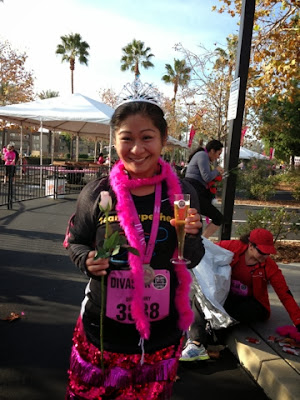 no worries. that wasn't real bubbly in there, just sparkling apple cider. it was delicious, though. 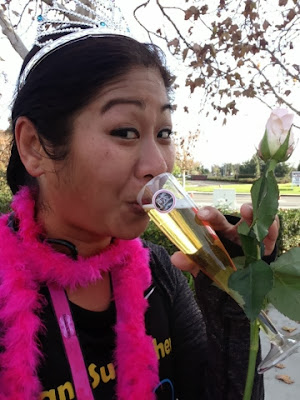 despite my solo status, i'd had a blast. 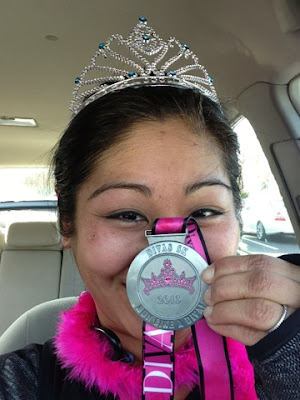 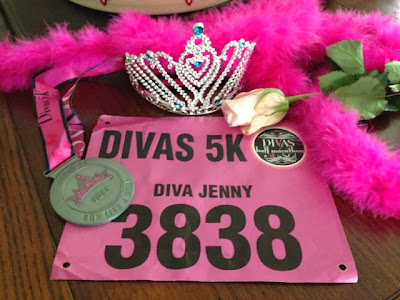 someone definitely agreed with me. 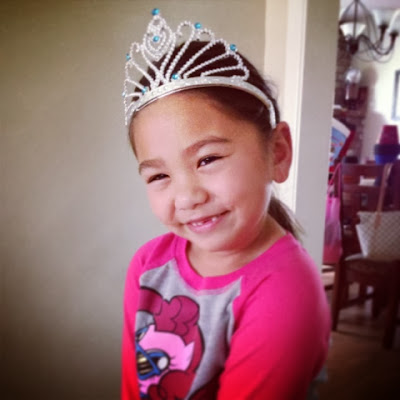