the last couple of weeks with pixie the elfette were actually really fun. i hate to admit it, but i had a blast with that little doll this year. i'm pretty happy that i was able to get through the season without repeating any of last year's antics. and so because i know you've been dying for it, here's the final pixie roundup of 2013.

she came in like a wrecking ball. and then wondered who hannah montana was. 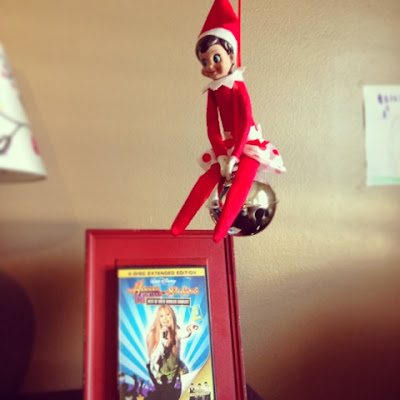 inspired by my recent sewing projects, she took a turn at the machine. 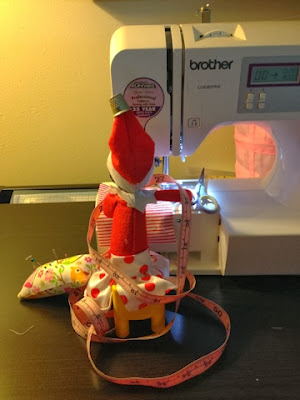 obviously, she thought i was slacking on getting our christmas cards out. she was right. 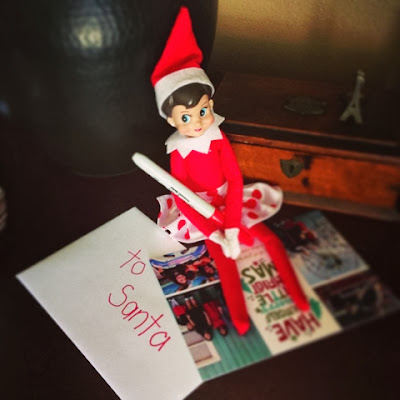 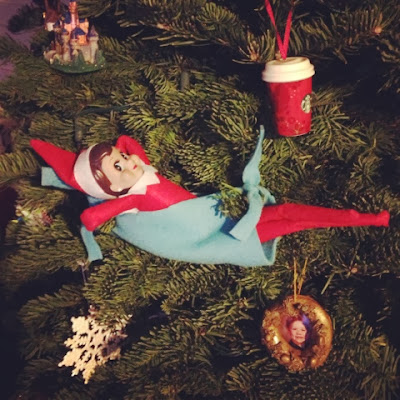 the magnet set was a gift from the lady next door. pixie thought it was great fun to leave a note for the bean. 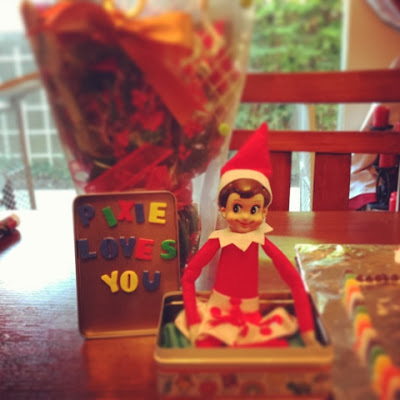 after a long trip to and from the north pole, she earned a dozen mini donuts (and brought some for everyone else). 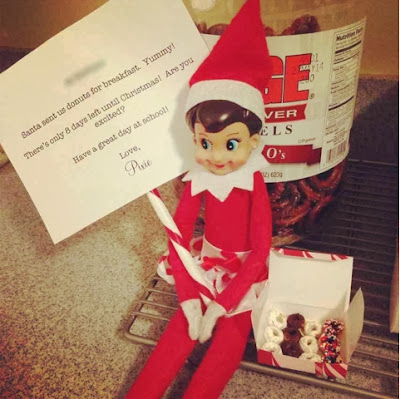 then she decided she needed to burn those calories off. the bean lamented "awww, she's in 3rd place!" 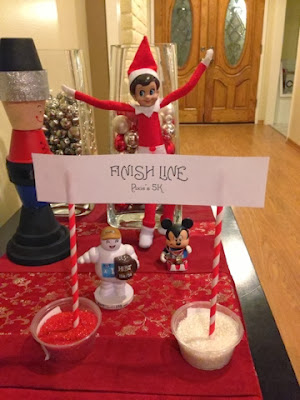 trapped in a glass cage of emotion. 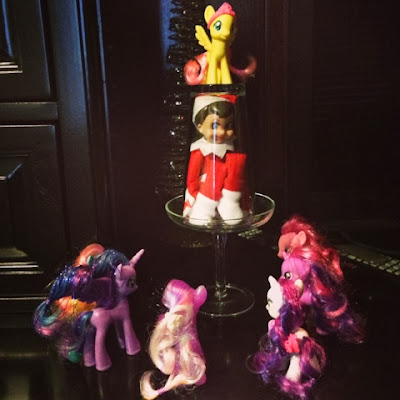 i think she threw a bunch of gutter balls. 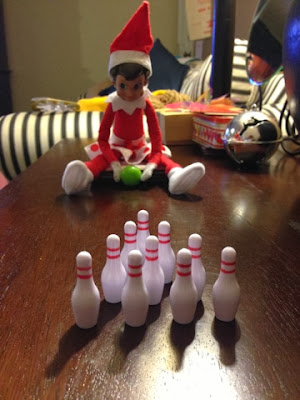 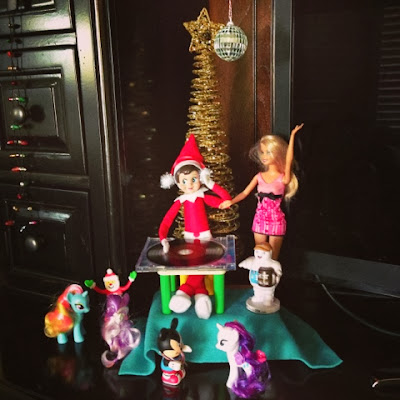 in case you wondered what she was spinning: 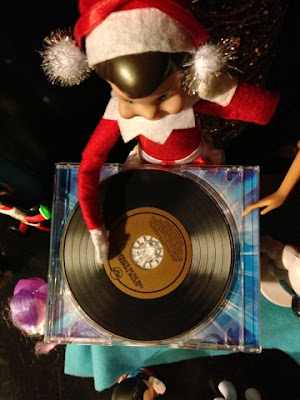 here, she made a contribution to the bean's "gold convertible fund." 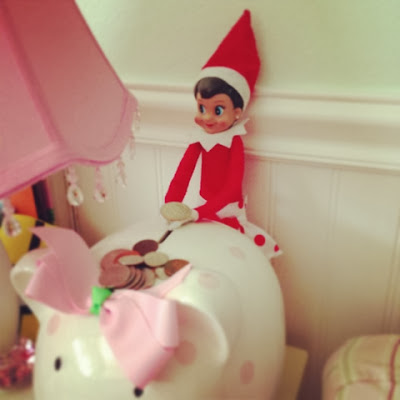 ever the trend follower, she really got into THE toy of 2013. 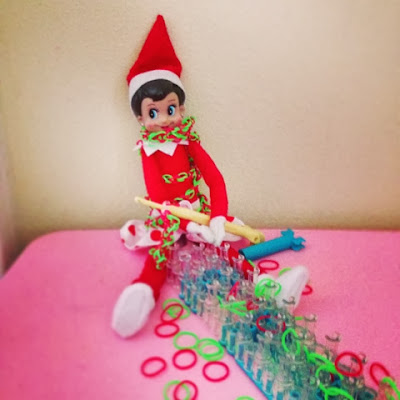 before leaving for the last time, she left the bean a little parting gift. 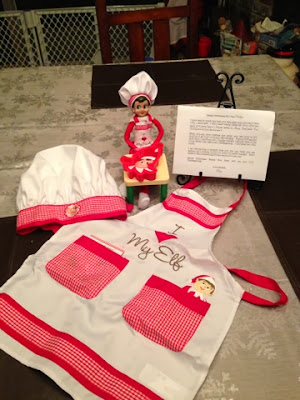 the goodbye note was pretty similar to last year's, giving the bean one chance to pick her up to give her a goodbye hug and kiss. 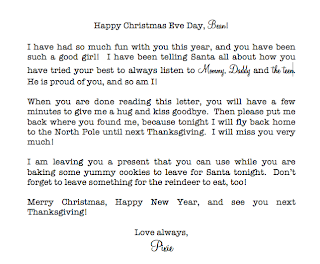 she was so excited, and gave her lots of love. 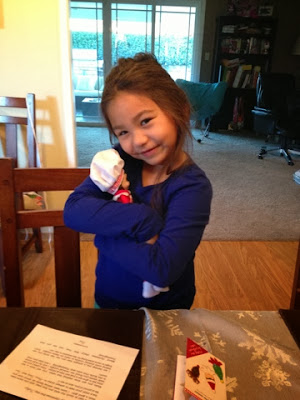 then she modeled the hat and apron. 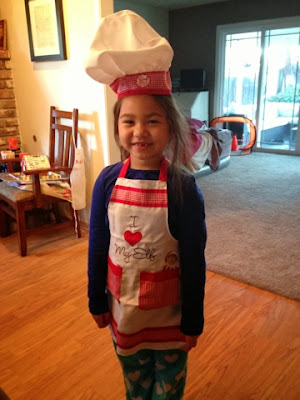