for our february 5K, the hub and i had chosen race on the base. it's the one i would've done last year had i not signed up for the princess half in florida instead. the venue was a military training base down in los alamitos, and i was kind of excited to earn the dog tag-style finisher's medal.

too bad for both of us, the hub ended up getting really sick the day before the run and had to bow out. i tried to give his bib away, but with the late notice i ended up going it alone.

as with most other races, it was an early morning. i was out of the house by 5:30 and arrived in time to catch a pretty sunrise. 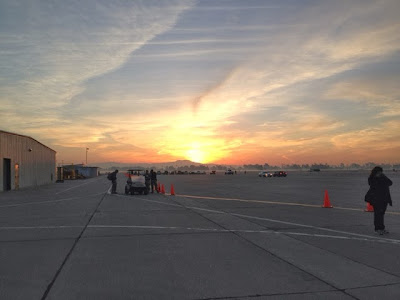 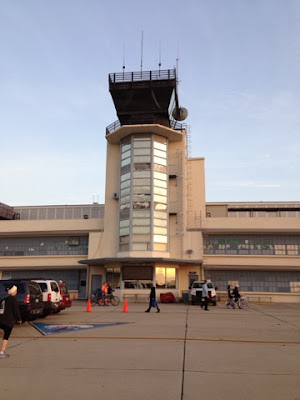 i killed some time in the car, putting off going out in the chilly morning as long as i could. finally i dragged my groggy ass out and joined the line of racers heading towards the start. 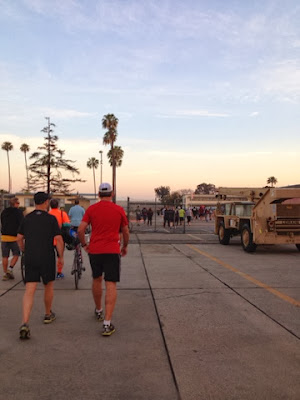 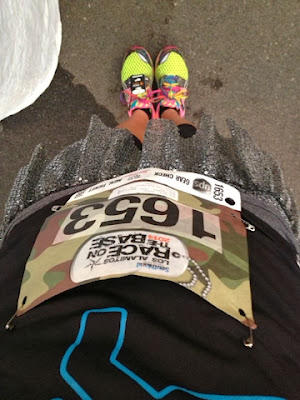 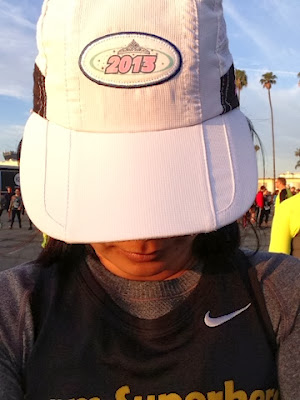 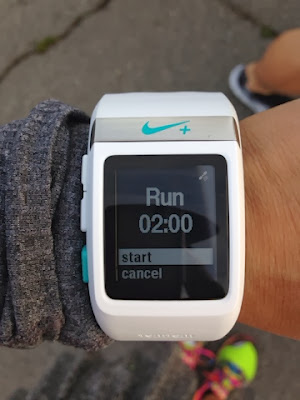 i met up with a couple of fellow superheroes just before race time for a blurry team photo. 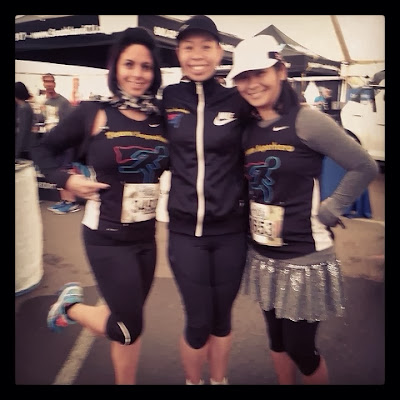 since they were running the 10K, we parted ways and headed off to get ready to run. 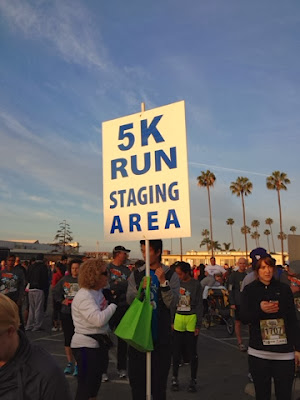 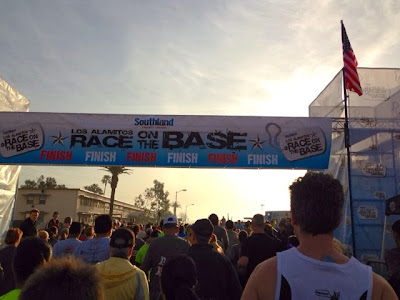 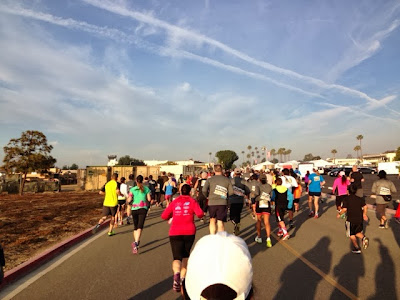 i found myself running next to these guys for awhile. 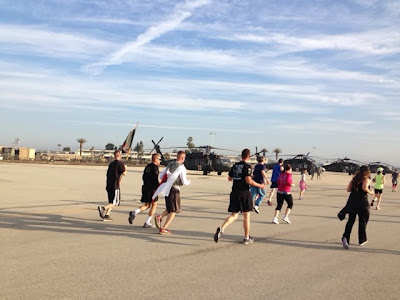 every so often, they'd stop to do push-ups or burpees or sit-ups. 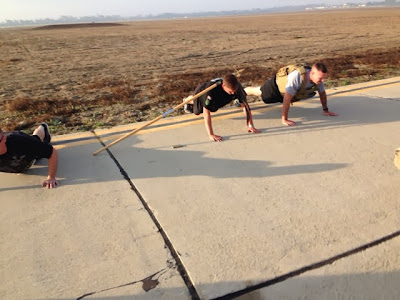 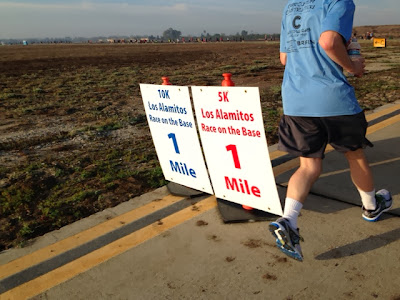 i haven't been able to do a lot of running lately, with most of my energies focused on that 30-in-60 barre challenge. still, the adrenaline rush i usually get during organized races kicked in and i was feeling pretty good, thankfully. 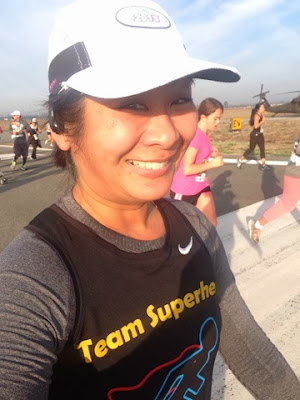 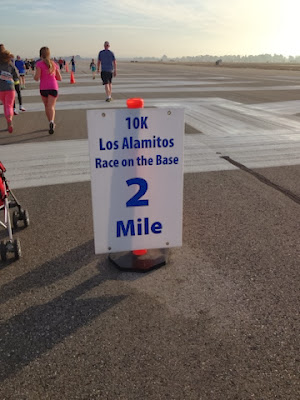 not too far beyond that was the 5K/10K split. 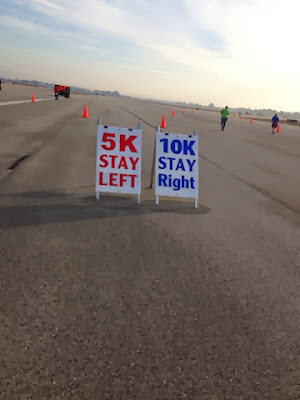 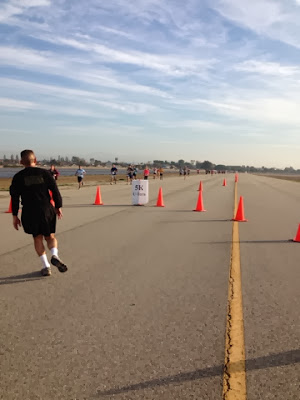 this is always a happy sight. 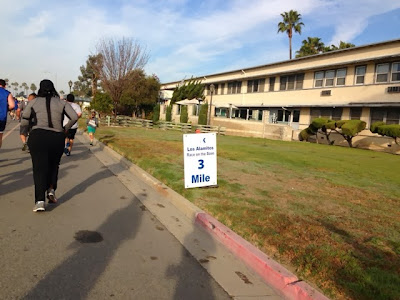 this one's even better. 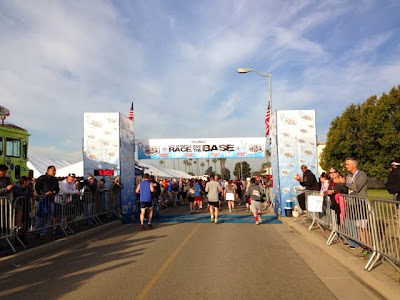 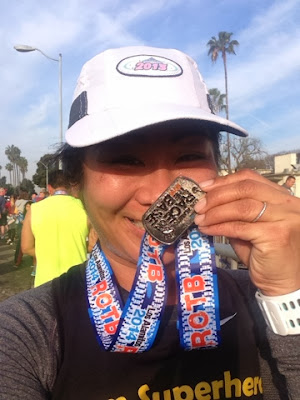 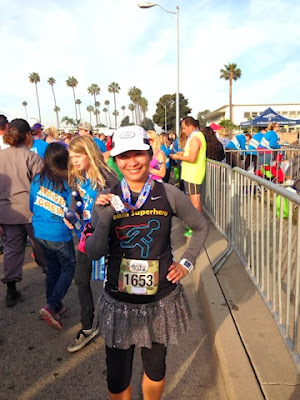 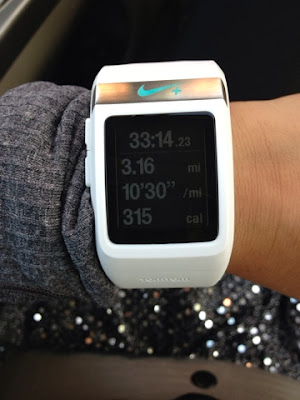 on my way back to the car, i was snapping this when a nice man offered to take a picture for me. 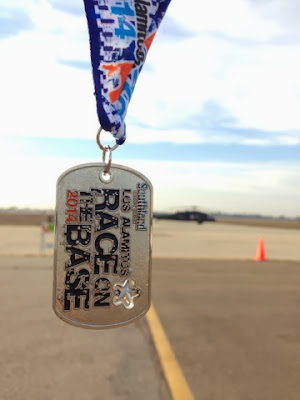 well, sure. i rarely pass up a photo op. 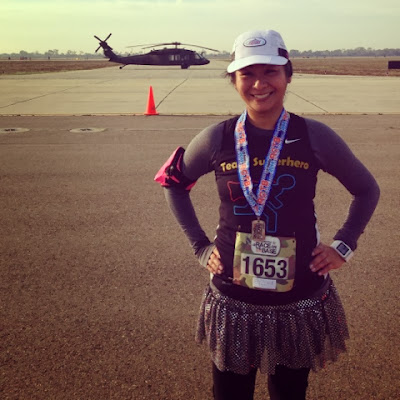 i'm bummed that the hub didn't get to do this with me, but i'm happy to report that he's all better now and ready to take on the next race on our calendar next weekend.

Email ThisBlogThis!Share to TwitterShare to FacebookShare to Pinterest
Labels: running my ass off, team superhero