last week at the silly goose birthday party, i jokingly told nanette that by the time we saw her and em again the next weekend, the bean would have her hair cut too.

turns out i wasn't joking after all. when the teen and i picked her up from school after our trip to the salon, she took one look and said "so can i get my hair cut, too?"  heh.

because i wanted to make sure that it was done nicely, i decided to take her to a regular salon instead of the kids' place we usually frequent. not that i doubted their capabilities, but they seemed to do really basic cuts there.

it was really nice in there. i think their main purpose is actually blowouts, but the yelp reviews i read about haircuts were pretty favorable. they're fairly new and i bet not too many people know they're there yet - hence the emptiness in there at. 3:30 on a friday afternoon. 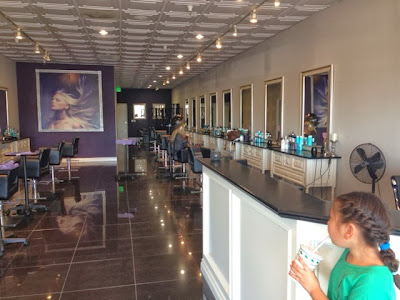 I'd put her wet hair up in twists that morning, so when the stylist took it down it was all wavy. it'd gotten pretty long since her last haircut in june. 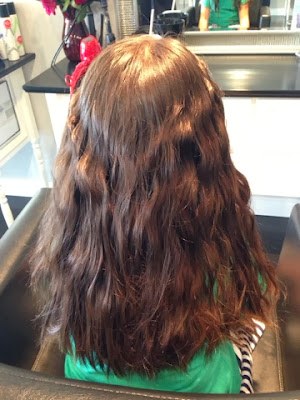 she got to experience for the first time the joy of laying her head back in a salon sink and having her hair washed. 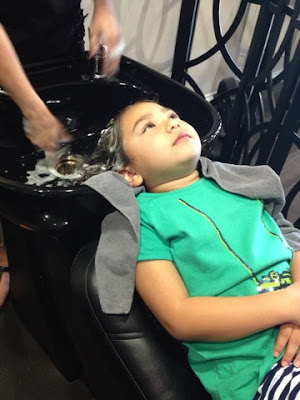 back in the chair, she got a kick out of the print on the cape that was draped around her. 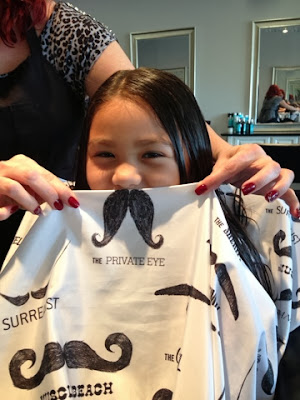 then it was time to get down to business. her stylist was really nice and asked her to sit as still as possible so she could give her the very best haircut ever. and since my kid is a rule follower to the max, she did just that. 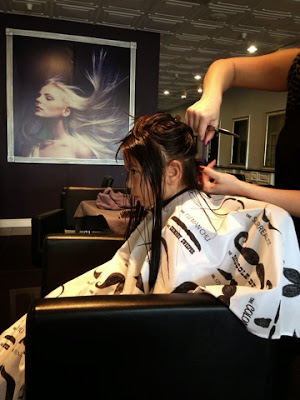 I'd asked her to give her a nice a-line bib with just a slight graduation and no crazy layer stacking in the back. snip, snip, snip went the scissors and in no time the cut took shape on the bean's head. 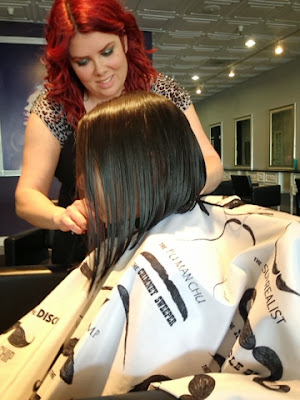 holy cow , that's a lotta hair on the floor. 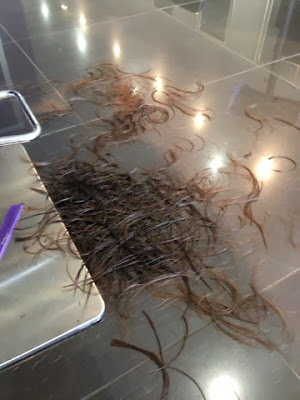 after a quick blow dry, here's what we had: 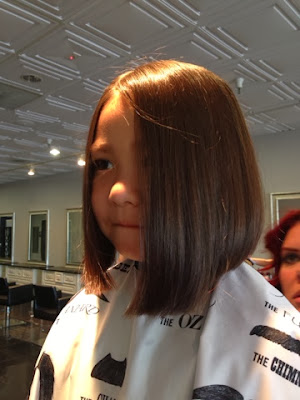 she snipped off a little more from the sides, and then it was perfect. 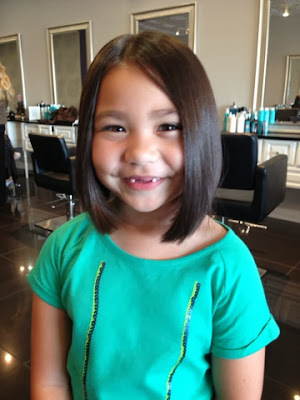 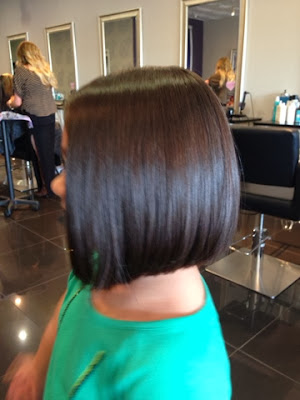 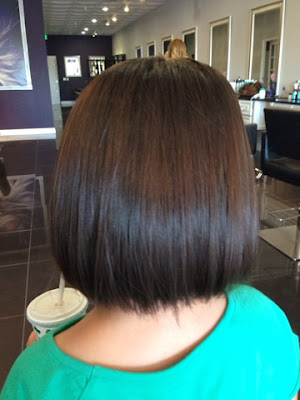 she giggled as we showed her how to look in the mirror so she could see the back of her own head. 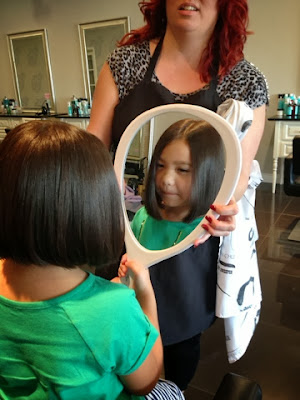 she looks like such a big girl with her new 'do. her sister thinks it's too short, but the hub and i love it, as does she.

Email ThisBlogThis!Share to TwitterShare to FacebookShare to Pinterest
Labels: hair, the bean gets an updated 'do