the bean and mini cee were super excited to finally have a chance to hang out together again. it'd been quite a while since their last playdate, so they were happy to hear that lilcee and i managed to carve out a chunk of time on sunday morning.

after an unremarkable brunch at a little bistro, we took a stroll through downtown monrovia. 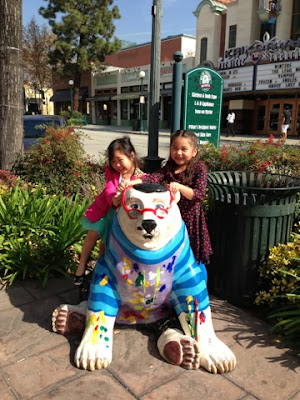 the fountain caught their attention, and lilcee and i dug into our wallets to fish out pennies for wishes. 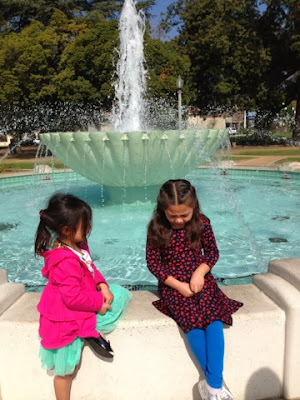 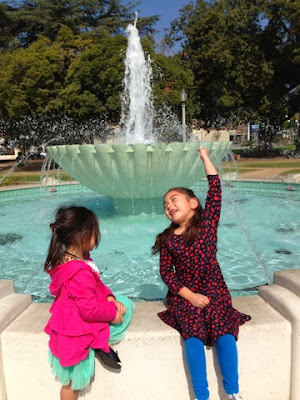 this sign caught my eye, and i took this to remind myself to see if the teen might be interested in doing this hike with me one day. 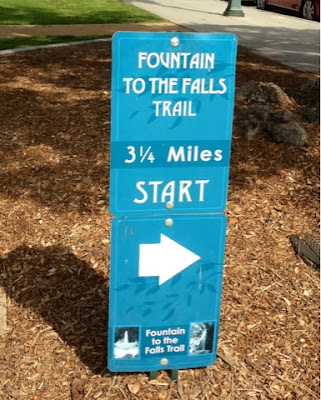 just beyond the fountain is a library, and behind that, a nice little playground. since we had a little time to play with, we let the girls loose to jump and climb and swing. 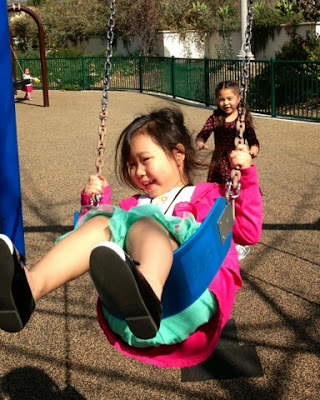 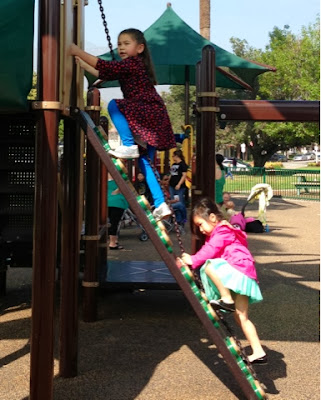 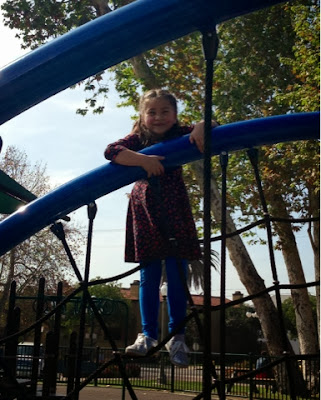 they had company on the tire swing. 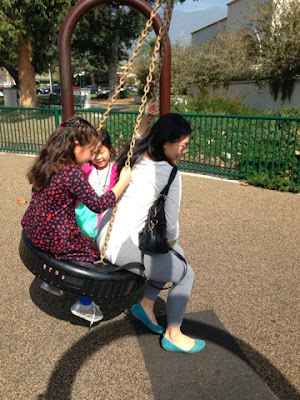 we had just enough time afterwards to run a quick errand, go home to change, and head to the next item on the agenda: a birthday party for one of the girls on the bean's fall soccer team. they also get to see each other at their weekly gymnastics class, and that's where the party was.

it's always fun to watch her do her thing, especially during open playtime like this when she doesn't have to follow a strict schedule out on the floor. 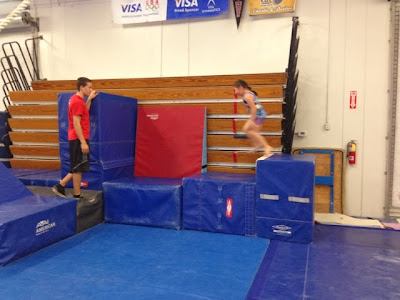 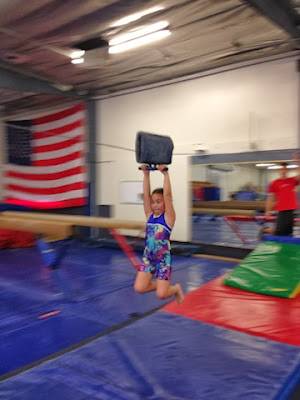 as someone who never learned how to do a proper cartwheel, i'm always extra proud when i watch my kid do it perfectly with ease. 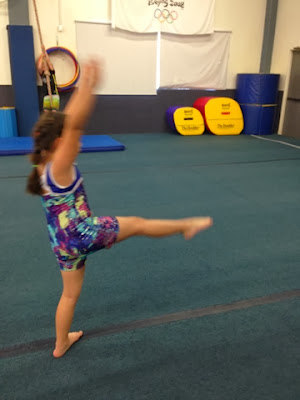 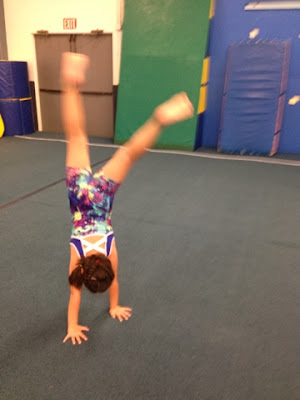 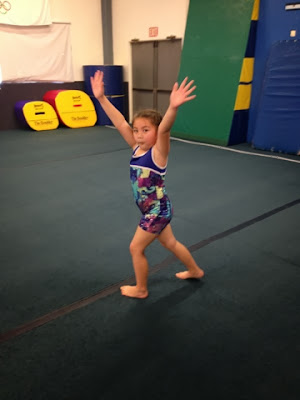 she's also pretty proud of herself for mastering it, too. 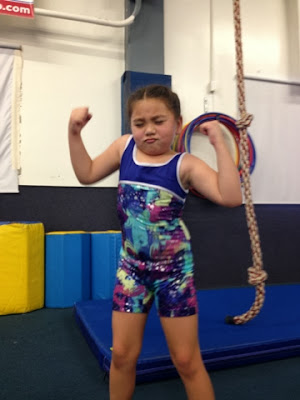 then a little hula hooping: 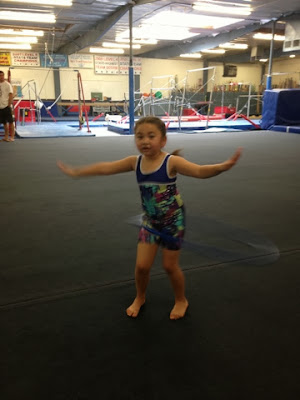 and a little practice on the rope climb: 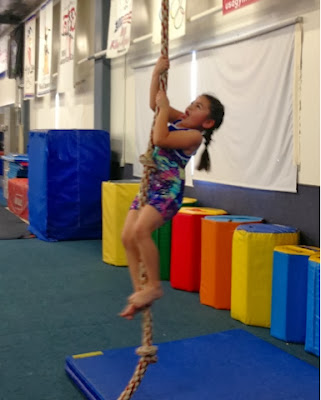 earned her a cupcake. she had fun getting to decorate it herself. 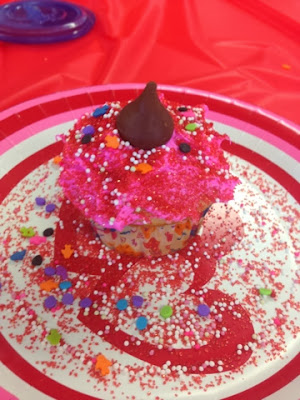 the plethora of birthday parties we've attended in the last couple of months has me attempting to talk her into skipping a big party of her own this year. we've done crazy shindigs every year, and i'm just...tired.  i'm thinking that i might be able to convince her into inviting a small handful of her closest friends to do something fun for an afternoon and call it a day.

of course, we have like seven months to figure this out. never hurts to plan ahead though, right?
at February 20, 2014

Email ThisBlogThis!Share to TwitterShare to FacebookShare to Pinterest
Labels: playdates, SFAM 2.0, the bean is a party animal