the morning after i got home from my whirlwind portland solo vacay, the old lady and i dug right into those boxes of donuts i'd brought home.  we had some serious donut showdown going on up in here:  voodoo's "the loop" and "grape ape" vs. blue star's dulce de leche hazelnut and maple & bacon. 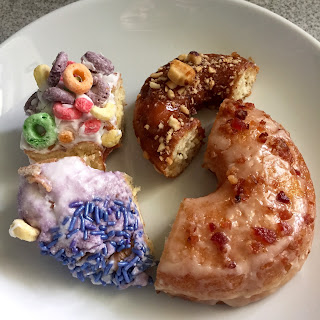 the bean had indulged in some sugary treats for her breakfast, too - i gave her a chunk of the bubble gum-flavored donut i'd picked out for her, along with a piece of "the loop." 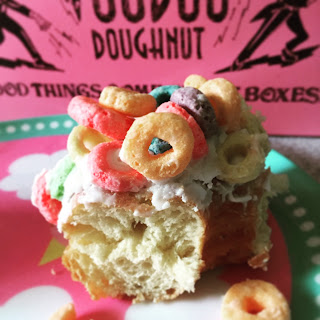 the hub wasn't left out either.  he ate half of his "arnold palmer," which was a cake donut topped with vanilla frosting, sprinkled with lemonade and iced tea powder.  he said it was pretty good, which is high praise coming from him.  my husband is more of a cookie fan than anything else.

by the way, the old lady and i agreed that out of the flavors we'd tried, the grape ape was our favorite. it was oddly delicious - a lovely raised yeast donut (my favorite kind), vanilla frosting, grape dust and lavender sprinkles.  tasted just like the grape bubble gum i loved so much as a kid.  hell, who am i kidding - i still get down on some grape bubble yum.

and to cleanse our palate a bit after all that sugar, we dug into the fresh cheese curds i'd brought home from my quickie layover in seattle. 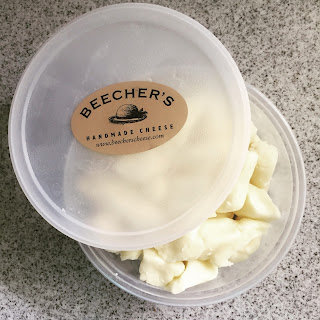 oh, by the way - not every souvenir i brought home was edible.  this is all i'd been able to take home from powell's (this time, anyway). 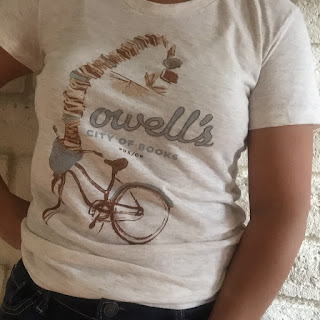 then it was time to get down to business.  the bean and i, along with my co-leader and her daughter, were excited for this, just two days away: 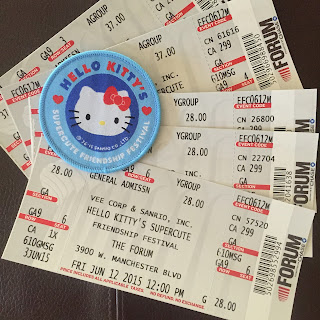 after my day at hello kitty con with my friends, we'd giggled about what we would wear should we actually come to this festival.  and we'd passed around this photo, cracking up at the idea of making ourselves matching dresses in different colors: 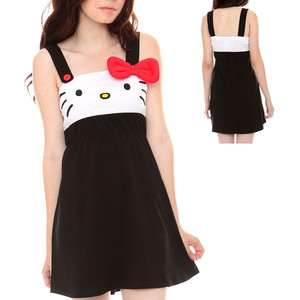 that particular dress, by the way, was from hot topic - and unfortunately, discontinued and nowhere to be found.  not even on eBay!  but it seemed like a simple enough design, and armed with a coupon for a trip to joann's - well, you can imagine what came next. 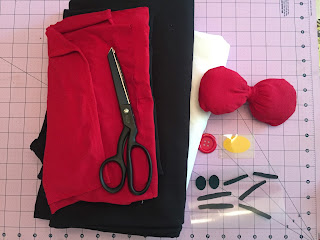 using the bean's current measurements and a little help from one of her existing dresses, i cut out a length of white knit fabric, two pieces for the a-line skirt, a couple more for the straps, and used some red fabric and some stuffing for the bow.  then, i turned to my trusty silhouette die-cutting machine and cut out the pieces out of black and yellow heat-transfer material.

piecing the dress together was actually rather easy.  i just sewed the white fabric into a tube, had the bean try it on to make sure it fit, and then sewed the sides of the black skirt together.  i attached the raw hem of the tube to the top of the skirt, added the straps, button and bow, and ironed on the face.  it really didn't take all that much time before i was able to have her try it on: 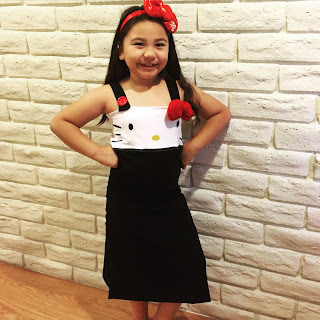 not too bad, right?  i was pretty satisfied with it.  i'd actually bought enough material to make myself one too, although i wasn't 100% sure that i wanted to go through with it.

in the end though, you know i did.  i mean, i had to, right?  like, i had all the materials and everything, and i'd already done one...so yeah.  i'm not quite sure she was as excited to be twinning as i was, but where else can one get away with these shenanigans?? 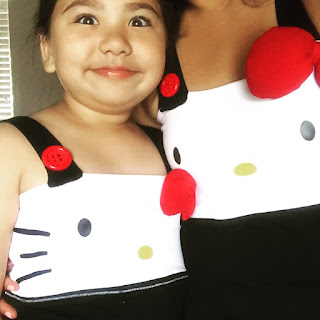