who needs clubs? take me to the sewing studio

so you know, i've been working on fun little sewing projects off and on for the last few years now.  most of my sewing skills are self-taught (or, rather, internet-taught), although i did take a very basic intro to sewing class with a local seamstress when i first brought home a sewing machine.

speaking of that lady, she had such an interesting story.  she'd fallen ill and ended up having to undergo some sort of brain surgery.  when she woke up, she magically had this perfect british accent that the doctors told her could disappear one day...or it could stay with her for the rest of her life.  and she had never even left the country.  isn't that wild?  i think about her now and then and wonder if she's still speaking like she's ready to sit down for tea.

anyway, my co-leader (who's become a really good friend by now) recently started getting into sewing too.  she's done some fun little pieces of clothing for herself and her kids, and even sewed together a few costumes for one of their upcoming plays.  she's as addicted to the sewing thing as i was when i first started.  and last week, she mentioned coming across a cute little sewing studio not too far away from us.  the owner also teaches fashion design classes at a local community college, and offers basic lessons to the public out of her studio.  my CL mentioned that she was going for a second class (out of a series of 4) and invited me to join her.  or maybe i invited myself.  i don't remember.  either way, i found myself in her car the next morning on the way to the studio. 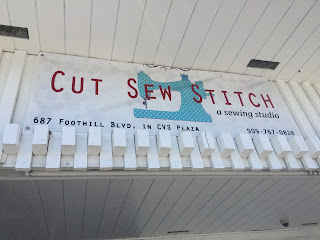 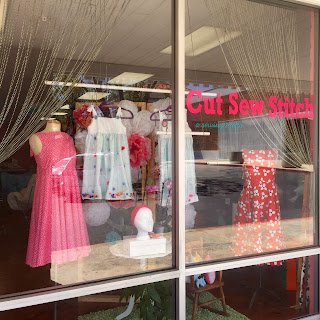 the studio itself was small, comfy, cute and well-equipped. 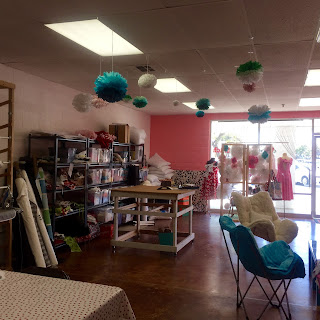 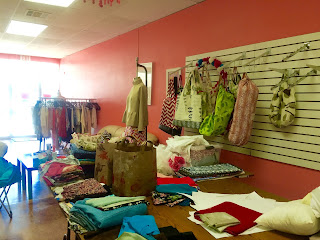 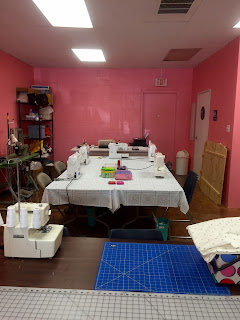 now, while i consider myself a fairly decent seamstress, i'm terrible at working with ready-made patterns.  i mean, i know how to, and i've done them in the past, but i've never really learned how to do it properly.  i figured it would be a good idea to have an actual lesson where i could learn to do things the right way instead of winging it like i usually do.  the last time i attempted a project with a real pattern i ended up curled up on the floor in the fetal position in my underwear (because i'd had to try on the dress i was working on and got tired of changing out of my clothes), practically in tears and slightly traumatized from the frustration of the whole damn process.

getting started on our project - a basic pencil-like skirt with a front zipper - kind of reiterated for me why i don't like pattern work.  heh.  i mean...prepping everything before you can even sit down at the sewing machine and get down to business is SUCH a pain in the ass.  like, if i could pay someone to do the prep work - tracing the pattern, cutting it out, then cutting out the fabric and any other required pieces - and just be able to do the actual sewing part...that would be phenomenal.  but i sucked it up and worked on the beginning stages like a good student. 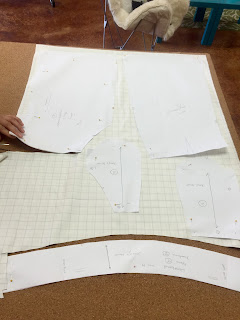 after what seemed like forever (and with some help from my CL, the instructor and her assistant), all of the pattern pieces were finally traced and cut out. 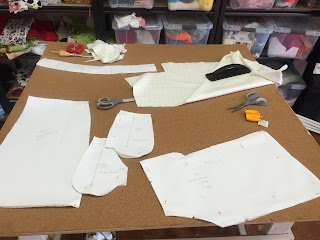 to begin working on the waistband, i had to iron some stabilizer (interfacing, also known as pellon) onto a couple of the pieces.  the iron i got to use was a really good one - way better than the $12.99 black & decker special i have at home. 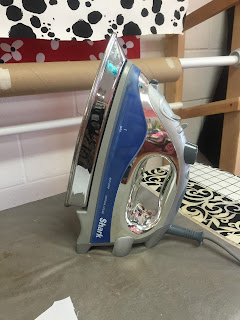 with just about ten minutes left of class time for the session, we finally got to sit down at the machines to get a little bit of stitching done.  the machines were pretty basic models, but did the job nicely. 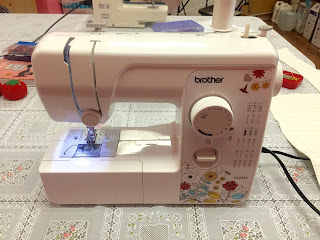 i learned a fun new trick to take home, too - a way to keep track of my seam allowances as i sew.  i'm usually pretty terrible at maintaining the proper allowance because - well, i'm lazy and i wing it.  but i'm totally going to use this painter's tape trick from now on and hopefully all of my seams will be nice and straight. 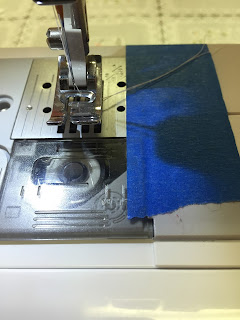 the studio offers lessons for adults as well as for kids - which means we're totally going to bring our new brownie troop here at some point during the next year.  in the meantime, we also signed up our own daughters to take a class together and learn how to use a sewing machine - with help from the instructors and from us, too. 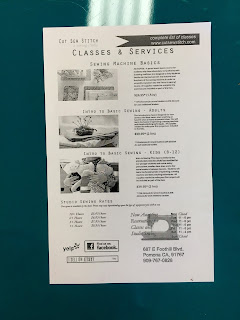 not to mention, they offer open sewing time.  for $10, you can come into the studio with your projects and use the equipment and the workspace to your heart's content during regular business hours.  we joked about how this was going to be our friday night turn up...like the old ladies that we are.  in fact, i'm going to see if my friend lilcee might be interested too - this is totally her kind of thing.