i don't know about where you are, but here it's been butt ass hot lately.  so gross.

luckily, my friend lilcee has a pool and has basically handed us an open invitation to come over and swim anytime.  we've already taken advantage of this offer several times since summer officially began, and it's been fantastic. 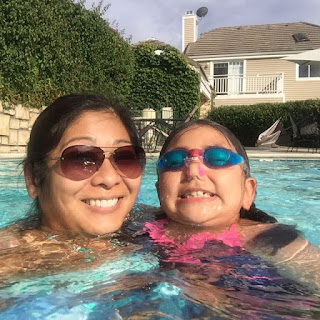 also, my lifeproof phone case is my most favorite thing in the whole wide world.  not only do i not worry about it when i'm using it to pull up recipes in the kitchen, but it lets me get shots like these without worrying about ruining the phone: 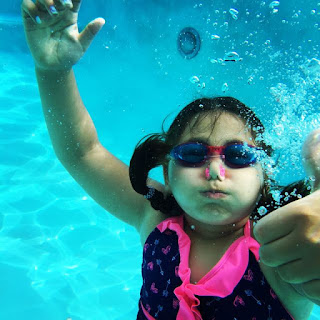 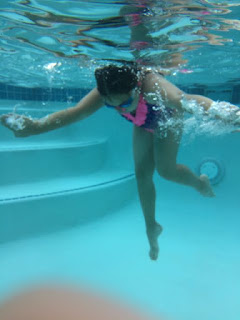 those swimming lessons are definitely paying off.  she's not a fast swimmer, but she's definitely better at it than her mother.

lilcee hung back in the house while we got a head start on cooling off in the pool, mostly because she was working on blowing up a giant pool float that had us giggling endlessly when she finally brought it out.  do you remember this picture of taylor swift that was posted everywhere a few weeks ago? 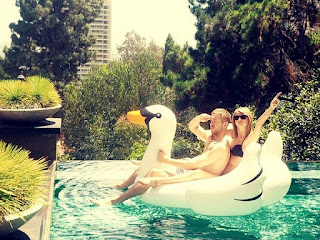 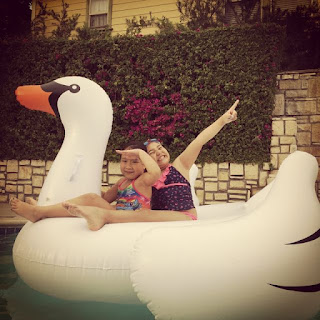 dying.  i still can't stop laughing when i look at that, and especially right next to the original.  so awesome.
at June 30, 2015