i turn down for WHAT?

the old lady and i have always wanted to check out "the old zoo," located at griffith park and the original home of the los angeles zoo.  we'd seen pictures of the old cages and abandoned enclosures and thought it would be kind of cool to check out.  and one day as i was perusing my facebook feed, a link popped up for a 5K walk/hike/run at that very spot.  it was totally meant to be, and while we had debated the 8-mile up to the hollywood sign option, we ultimately registered for the shorter race.

the day of the run came with perfect running weather - cool, cloudy, even a little drizzly.  my running partner wasn't particularly thrilled with it, but i knew it would be so much better than being out in the sun. 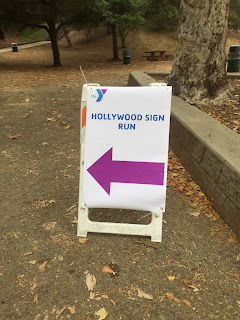 bib pickup was in front of one of those old zoo enclosures, which was all graffiti'd up. 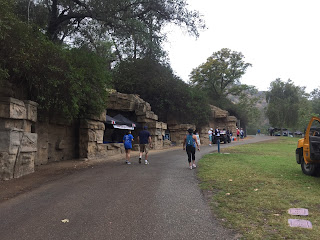 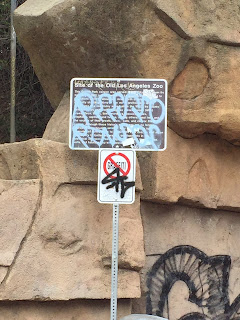 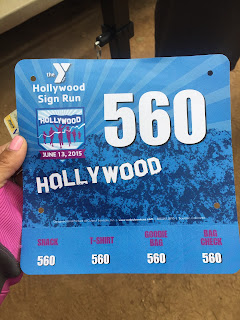 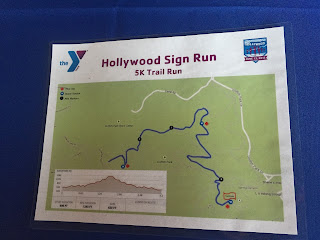 we'd gotten there early and had time to kill, so we hung out in the car for a bit.  i don't know why it was so damn funny, but there was this guy in the car next to us who shouted out "i turn down for WHAT!" and we couldn't stop laughing for a solid five minutes.  i swear, it was the funniest thing ever.  okay, i guess you had to be there.

at the start line.  doesn't she look thrilled? 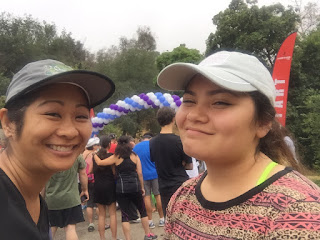 i wondered what kind of animals used to spend their days in these cages. 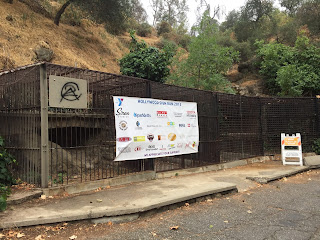 and what this was once used for: 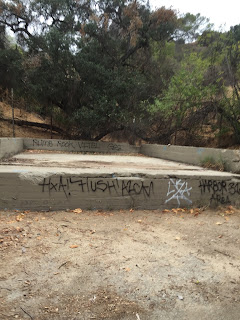 then it got serious as we turned onto this trail that doesn't look too bad in the picture, but was super steep in real life.  also, if you're a "general hospital" fan like we are, you'll get a giggle out of its name. 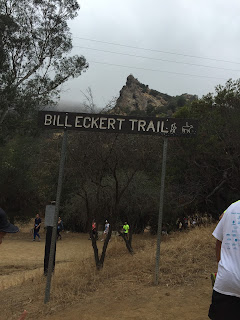 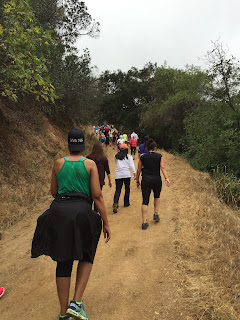 just as we were getting near the top of that trail, we saw fellow runners heading back down in a hurry.  "this is the wrong way," they called out.  "turn around and go back to the bottom."  UGH.

we found ourselves on another trail that was wider and with less of an incline.  still, it was quite a trek and my calves were killing me. 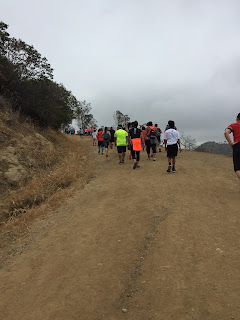 this bench looked like a lovely place to sit my ass down and take in the view.  i didn't, of course, especially with the old lady very determinedly speedwalking it up ahead of me. 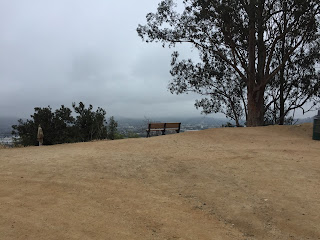 i managed to catch up to her, and she was just as happy as i'd expected.  not that she was annoyed at the fact that we were out there at all, but mostly due to the confusion and lack of organization.  she'd been trucking along at a great pace on the first trail and kind of lost her mojo a bit when we were rerouted. 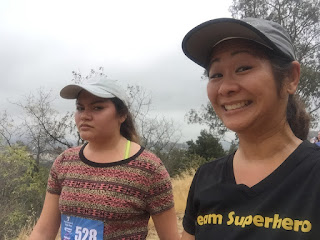 she was even happier when i got her to take a picture of me.  heh. 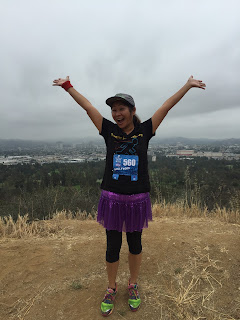 water stop out in the middle of nowhere. 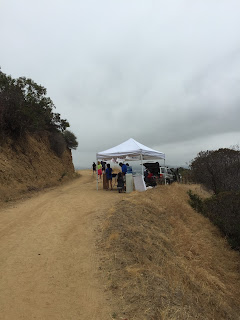 the first mile marker came and it totally didn't jive with what my nike+ app was saying. 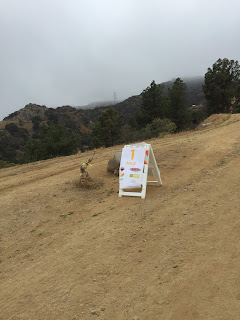 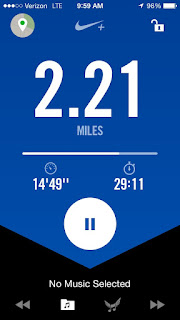 the next mile was nothing but steep hills, one after another.  it was tough, and my entire bottom half was screaming for mercy by the time we reached the second water stop. 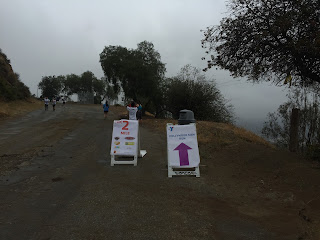 we were both just so done with those hills.  i think we were a bit delirious, but we decided to turn around and go back the way we'd come - which was all blessedly downhill.  i knew we were going to end up doing more than the original 3.1 miles, but we didn't care. 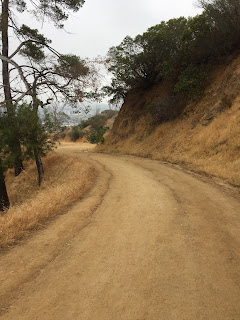 we jogged the entire way back down.  well, mostly.  i lost a bit of steam and took a walk break at some point, but the old lady kept up her pace the whole time.  i managed to catch back up to her again and we ran together until i pulled a major dick move and kicked on the turbo to cross the finish line a few seconds ahead of her.  i know, i know, i'm an asshole.  i regretted it two seconds later, but it was done.  i blame the competitive, stupid only child syndrome. 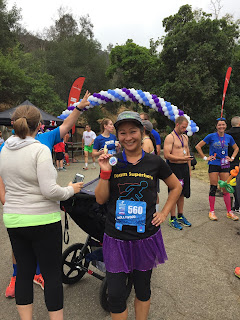 i scoured the race photos afterwards and found only two shots - and you can't even see her in them.  wah waaahhh. 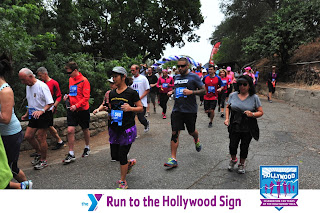 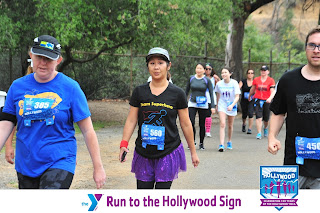 i guess i'm glad we did it, but i think the next time we head out to the old zoo, we'll do a little more exploring of the abandoned cages and such.  the bean might like to come too, and maybe we can make a picnic out of it or something.
at June 22, 2015