one of my most favorite places to shop for non-workout clothes is an online shop called ruche.  they have the cutest things - dresses and tops and skirts and shorts and things that are a little vintage-y, and all at super reasonable prices.  and because i've placed an order or twelve over the last couple of years, i'm on their email list for promo codes and sales and fun stuff like that.  even better?  they're somewhat local to me, which means that i'm able to take advantage of the warehouse pickup option if i want something fairly quickly.

the old lady and i hopped into the car a few days ago while the bean was at summer school to do just that.  and when we got there, i noticed that they'd done a little decorating since my last visit.  like this sign at the driveway: 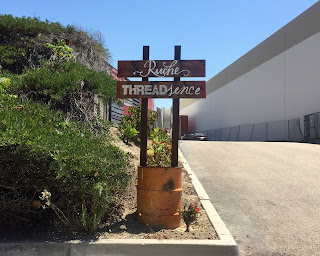 and two spots saved right at the door for folks like me: 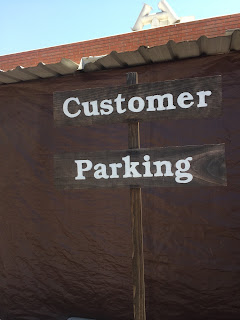 with the door clearly marked. 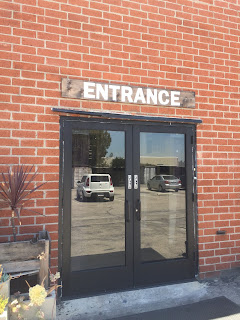 of course, i couldn't resist taking this in front of the pretty pastel-painted wall: 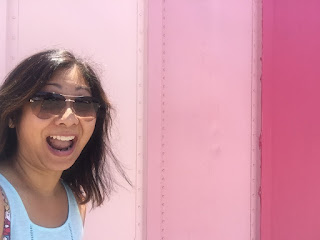 and inside, a cute little waiting area. 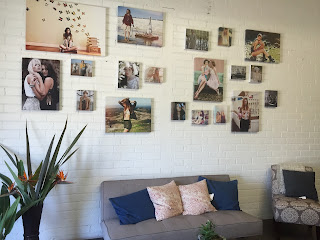 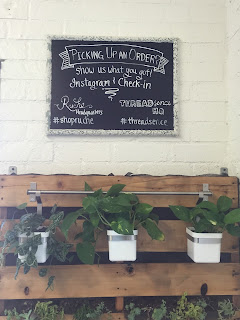 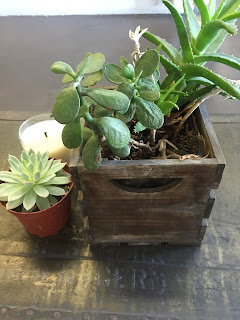 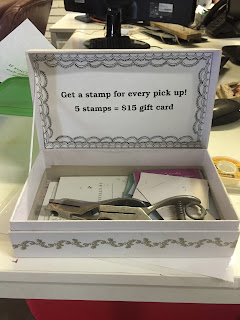 as usual, i was super pleased with my purchases.  more on those later.

because we were hungry and had a little time left before we needed to pick up the bean, we decided to stop for some lunch.  we pulled into a nice-looking shopping plaza and drove through the parking lot in search of something that sounded delicious.  as we were driving along, we encountered one of those roundabouts and followed it around till we found the area we wanted to stop in.  while we were in the middle of that circle, we noticed a car that had pulled up to the roundabout and was apparently trying to enter it.  not thinking anything of it since they had a stop and we had the right-of-way, we continued on, exited, and parked the car.  that car parked in the handicapped spot next to us, and out of the corner of my eye i noticed the passenger kept staring at us.

now, the old lady does not take kindly to this sort of thing.  he'd caught our attention, and as he continued to stare rather hostile-like at us, she rolled down her window and asked him politely if there was a problem.  he got out of the car, shut the door, and as he started to walk away snarled "yeah, there's a problem.  you're an idiot who can't drive.  actually, the problem is that you've got those slanted eyes you can't see out of."

and then he scurried away, just like the coward he'd shown himself to be.

what?  i mean, WHAT??  the two of us just kind of looked at each other in a rather dumbfounded way, and i managed to call out something about him being supremely ignorant, but it didn't matter - he was long gone.  my heart was pounding, my head was reeling, and i was literally shaking with rage.  i was so incredibly angry that not only did this happen, but it happened with MY KID.  don't get me wrong, i'm fully aware that racism is very much alive and well even in 2015.  but i couldn't recall ever having directly experienced it myself, and once we'd calmed down enough to talk, she said that she hadn't either.  and we both agreed that had there been a guy with us, that shithead wouldn't have had the balls to say a word to us.

we had discussed picking up the bean and taking her with us at first, so i was really grateful that we'd decided to let her play with her friends a little longer instead.  because i'd been caught so off-guard, i didn't really formulate any sort of proper response at the time, but i would have hated for her to have been around to witness that.  and it saddens me to think that she will inevitably face some form of racism at some point in her life.  that's just reality, and it sucks.

i did stop to take this and proceeded to blast it on facebook, instagram and twitter with the caption  "hey north OC friends - if you see this car, know that it's being driven by a racist asshole who doesn't understand basic rules of the road."  it sure didn't make me feel any better about it, but it's all i had. 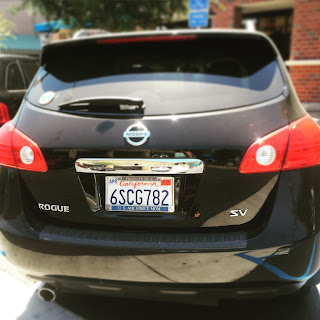 okay, so technically i guess it was that "u.s. air force mom" who doesn't know how to handle driving into a roundabout, but whatever.  she had run away just as fast as he had, and so in my eyes that makes her just as bad as her jerkface passenger.