our final meeting as a daisy troop came on the heels of hello kitty fest.  no, i mean literally on the heels of it - as in, we barely had enough time to get home and change before hopping right back in the car to make our way to claremont.  our destination?  the circus studio - an alternative sort of gym, where they teach you how to do fun stuff on equipment like the aerial hoop, silks and the trapeze.  they have adult classes too - pole dancing, aerial yoga, and pilates.  it's fantastic - the old lady and i tried an aerial yoga class once a long time ago and just never had time to go back for more.

when we arrived, most of the girls were already out on the floor and warming up with the instructor.  the bean scampered right over and joined in without missing a beat, despite complaints of "i'm tired" all the way there. 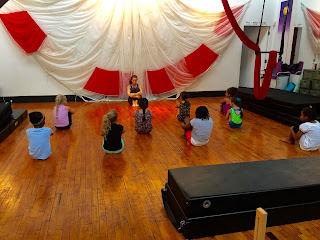 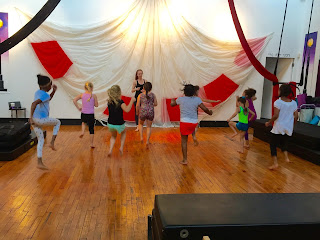 they were divided into two groups, and the bean got her first taste of aerial hooping.  this was the part she'd been looking forward to most, and i could tell by the way she moved through the poses and the ear to freaking ear grin on her face that she was loving it.  i wish we had room in the schedule to add this class to it. 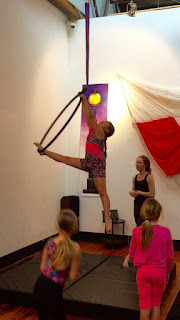 when each of the girls had had a turn, they swapped places with the other group and tried their hand at the trapeze.  again, my kid exuded joy as she leaned back gracefully. 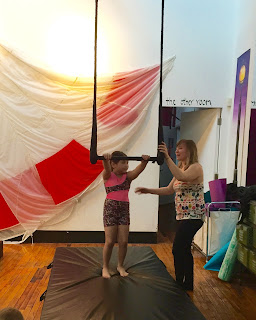 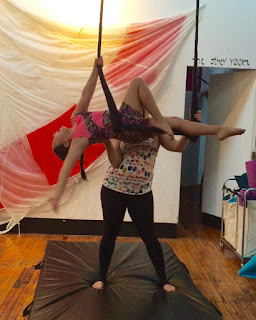 the last exercise involved aerial silks.  the girls wrapped it around their hips and legs and flipped upside down, and then spun around with some help from the instructors.  personally, i think i'd probably barf a little all contorted like that and spinning with all the blood rushing to my head, but maybe that's because i'm an old lady.  the girls all seemed to love it. 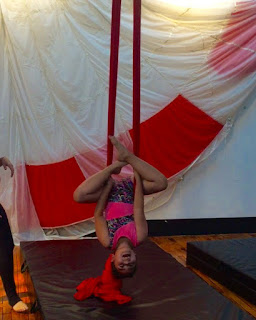 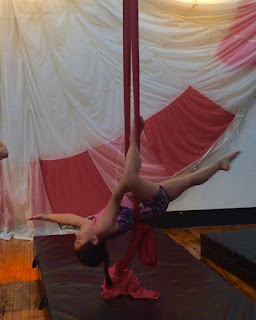 then they had a little post-circus stretching circle, and that was that. 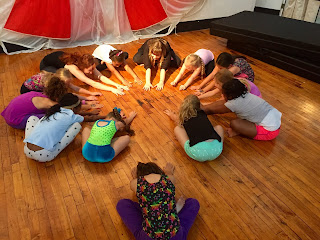 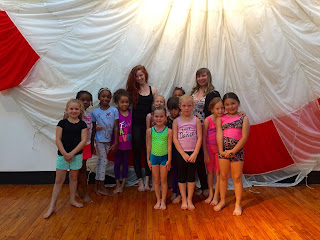 and what better way to celebrate the end of our run as a daisy troop than to stop for some fro-yo?  as luck would have it, 21 choices was just yards away.  so convenient. 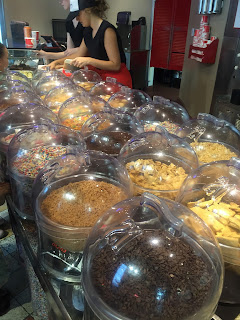 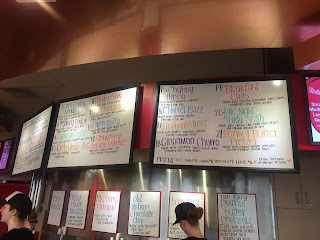 our third co-leader decided to split off from us for next year, and so that was the very last time that all of these girls would be together for a troop gathering.  a few of them have decided to join her troop, and then i'm sure that we'll gain some new members when the new year starts in october.  and we'll be brownies!  pretty exciting stuff happening in the next two years.  i can't wait to see what's in store for us.
at June 19, 2015