yup, those are some tall trees alright

the next morning, it was time to say goodbye to san francisco.  and to the argonaut hotel, which had served as quite a lovely home for the last week. 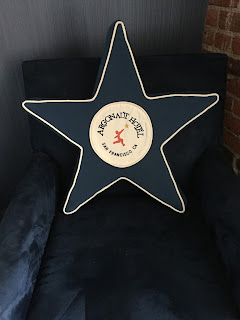 on our way out of the city, we stopped to do the twisty-turny drive down lombard street for the bean.  she was somewhat amused during the drive, but even more so when she saw the crowds of tourists at the bottom.  "what are they even looking at, though?"  i feel ya, kid. 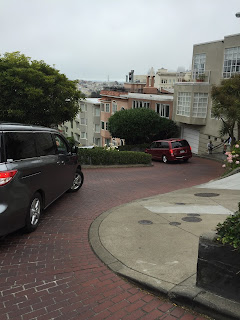 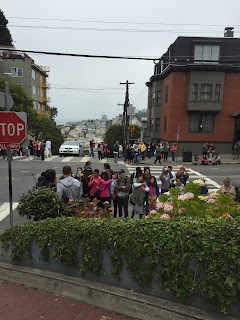 and then we headed over the golden gate bridge and through the robin williams tunnel once more: 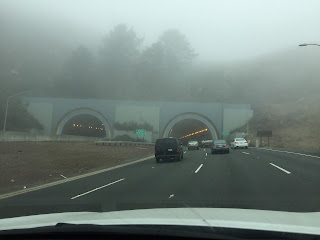 a little while later, after circling the parking lot several times and finally scoring a pretty sweet spot (the hub always seems to have great luck with this, while i rarely do), we got to check off one of the items on our list for the second half of our road trip: 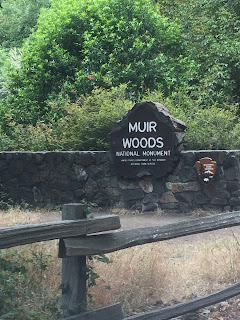 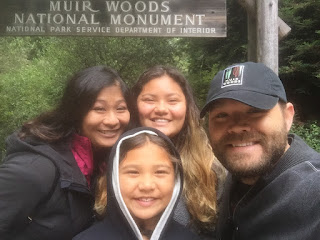 it was a cloudy, chilly day.  that didn't matter, though - we were still happy to head out and take a nice walk to see the giant old redwoods. 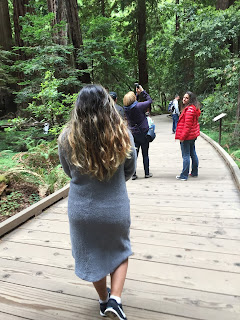 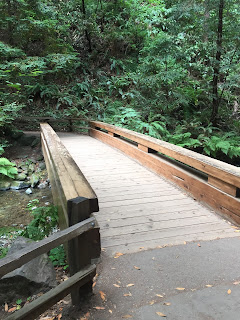 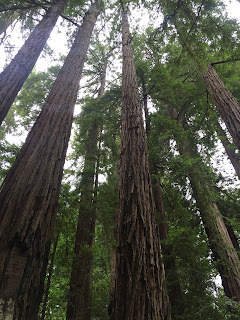 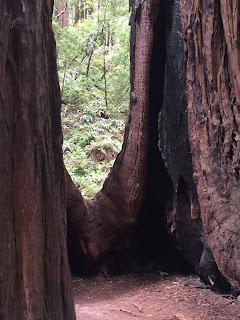 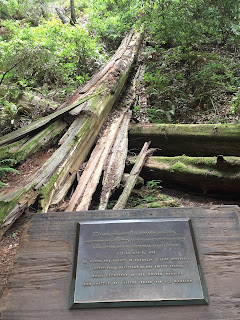 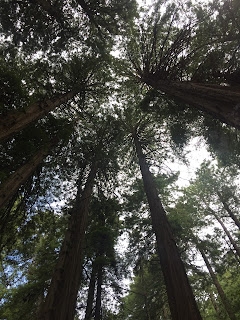 the bean was super excited when we encountered a deer quietly nibbling on some lunch as we walked along the path. 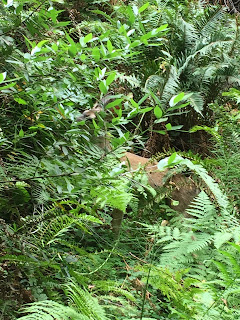 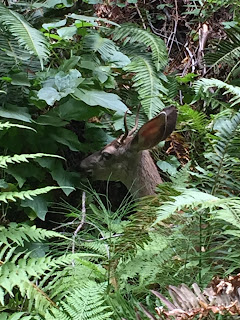 she was a little less than enthused to have to climb up a bunch of stairs as we continued our short hike, though. 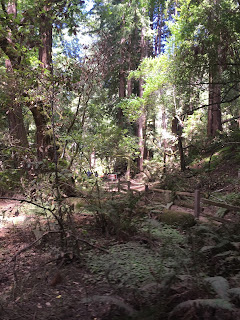 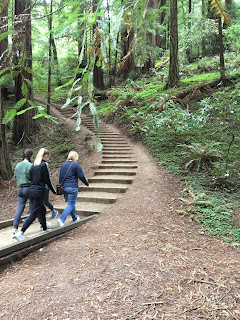 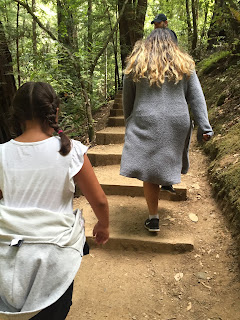 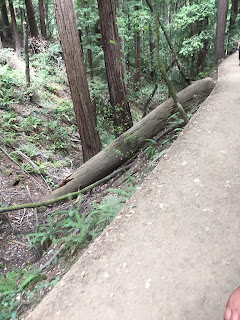 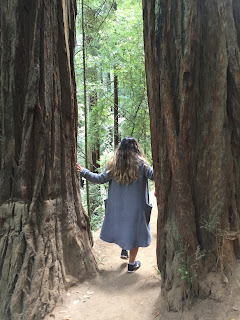 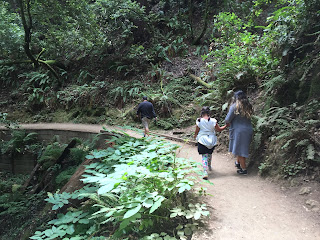 like her mother, she likes to stop and read all of the informational signage whenever possible.  what can i say?  we like to know what we're looking at. 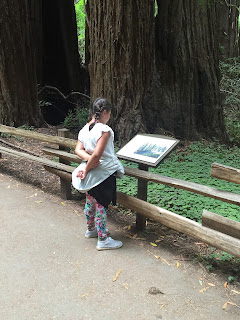 and we're usually the ones who are more than willing to stop for a cheesy photo op. 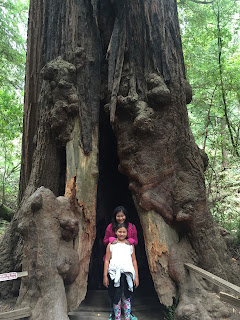 bye bye, muir woods!  thanks for a fun diversion from hours of sitting in the car! 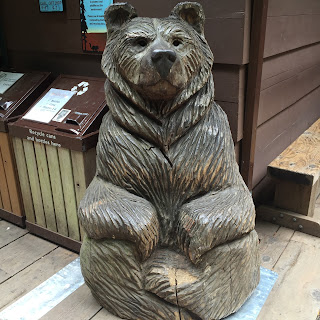