so, inauguration day.  i filled my day with all sorts of fun distractions, starting off with a barre class that lasted right through the entire ceremony.  that actually wasn't really planned deliberately, but i wasn't really feeling the 6am class that morning.  so it just kind of worked out that way.

i had a hair appointment after that, followed by taking the old lady to join rock-ell and friends for a super fun bachelorette weekend.  and then i drove through the pouring rain out to santa anita mall to meet up with weezermonkey for some delicious lunch at din tai fung.

the xiao long bao were extra tasty on that chilly, wet day. 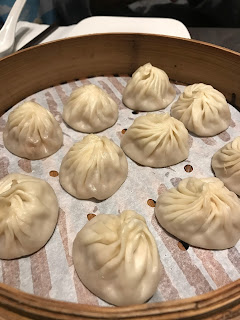 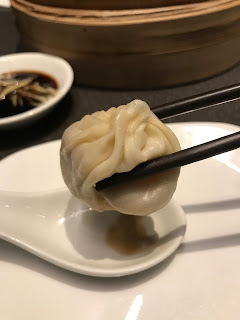 the shrimp and pork shao mai were slightly different from the shumai i'm used to at dim sum, but they were really good too. 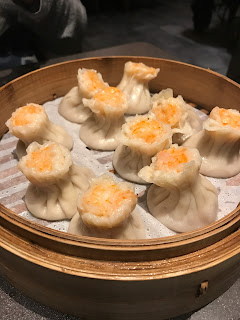 it seemed like a good idea to add on something green to make it healthy, so we ordered some sautéed spinach.  it was extra tasty, and really did help round out our meal. 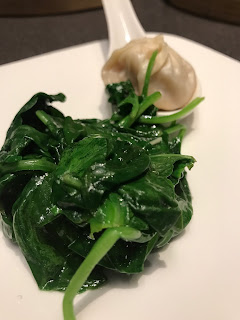 being just the two of us, you'd think that would've been enough to fill us up.  but with baby monkey 2.0 coming in april and my status as bottomless pit still in full effect, we decided to throw in some shrimp and pork potstickers.  when we flagged down our server he happened to have a plate of them in his hand, and when i jokingly told him we'd be happy to take it off his hands he actually did.  turns out he'd tried to serve it to another table who either hadn't ordered them, or changed their minds.  and we were extra lucky because he said it was about a half hour wait at that time.  score! 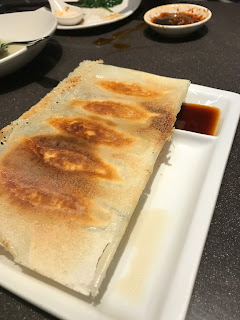 it's always a good time with weezermonkey, and we vowed to make this a more common occurrence.  there's lots of great restaurants out there and we've got lots of lunchtime openings on our calendar, so why not, right?

on our way out, we glanced out at the new-ish food court outside the restaurant and noticed that it was rather empty.  there's a shop called uncle tetsu there that serves up some well-known japanese cheesecake, and i'd heard that there were often hour-long lines for this stuff.  and at that particular moment, there was no one waiting in line.  well, you know what happened next.  i managed to get my hands on one of those highly sought-after cheesecakes plus a sea salt cream coffee to sip on the way home: 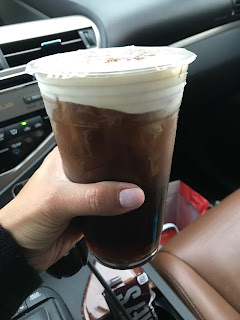 later on that evening, we had a girl scout meeting at a local wells fargo branch.  i'd struck up a conversation with one of the employees during a visit once last spring and found out that they were more than willing to host the girls, do a tour, and talk to them about the importance of saving money. we finally found the perfect opening in our schedule for it, and the girls all gathered to listen and learn. 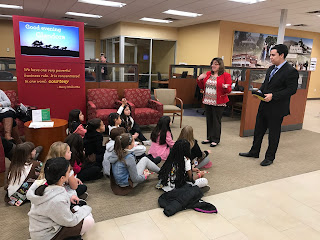 each branch has a mural inside with historical photographs of the area it's located in. 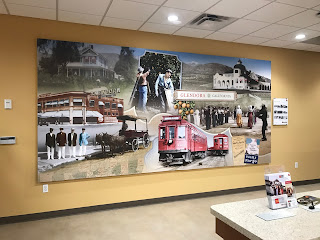 as for me, i had lots of flashbacks of my days working as a bank teller.  that still ranks as one of the most fun jobs i've ever had. 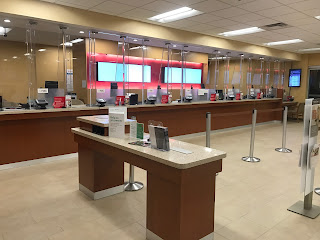 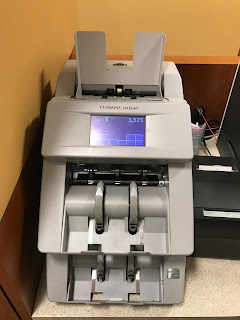 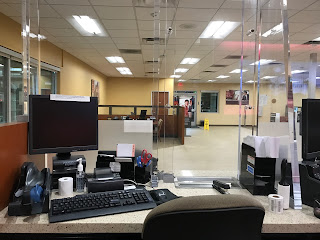 at the end of the tour, the girls each received a fun surprise - a stuffed wells fargo stagecoach pony named mike. 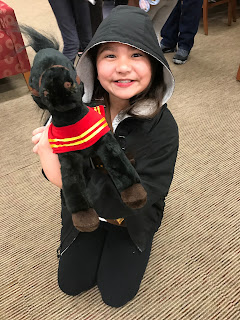 oh, and my co-leader and i each got one too.  yay! 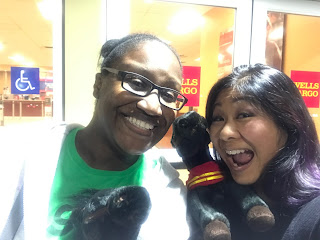 back at home, i finally dug into that cheesecake. 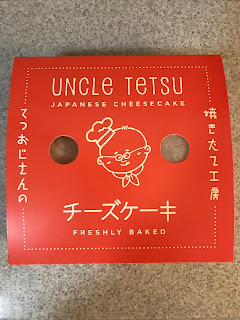 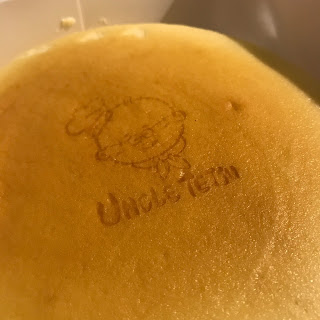 the verdict?  well, it's fluffy and light - unlike any typical cheesecake i've had in the past.  the texture was delightful.  it's very lightly sweetened, so it's not overpowering.  i really liked it, although i know that i'm probably the only one in the house who will.