where is my running mojo??

i am so screwed, you guys.  i have star wars half coming up next weekend and i haven't trained for it. like, at all.  i haven't run more than 3 miles at once in...hmm.  i can't even tell you.  and i have grand plans for a good long run at the rose bowl on sunday, but there's rain in the forecast as of right now that could screw that up.  ugh.  although at least i haven't been sitting on my ass doing nothing.  i'm still getting in an average of 3 barre classes a week, so that's good, right? 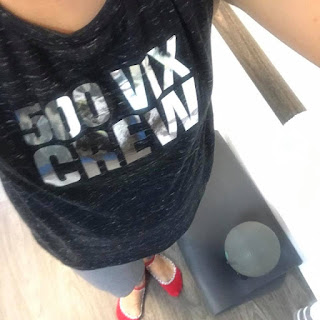 and my BFF jillian michaels just released a new app that incorporates a workout generator and a food plan with recipes.  i glanced at some of the recipes and there are some pretty good looking ideas in there that sound pretty delicious and healthy to boot.  so i'll be hanging out with jillian on the regular again, which i haven't done in awhile. 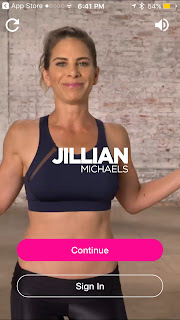 i've kind of come to the realization that my running mojo has almost completely left me.  like, i just don't have any motivation for it anymore.  i have to force myself to get out there even for a quick 3-miler, and i'm a little bit miserable the entire time.  so i'm going to get through this half next weekend, plus tinkerbell half in may (which could be incredibly tricky since brother wan is getting married in vegas the night before, yikes), and maybe sign up for a 5K here and there when fun ones come up.  i'm going to stick to barre, which i still enjoy, and do those jillian videos, and then we'll see if i get the itch to run again later.

in the meantime, i've got projects galore to work on.  a friend of mine is having a birthday party for her daughter and asked me to do some aprons for the party guests, so i'm working on these: 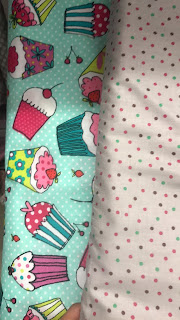 and i made my very first bralette!  i have a lot of scraps of fabric lying around, and i try to keep them at a minimum but when the pieces are a decent size i can't bear to toss them out.  seems that making bras is going to help me blow through those pieces.  and they're super fun - like, look at this: 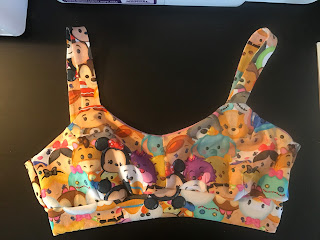 the old lady totally side eyed me when i showed it to her, but that's okay.  it's comfortable, super cute and although it's slightly annoying to make, it's nice to know that i have the option.

and totally off topic, but while we were out and about running a couple of errands we noticed something opening up not too far from us: 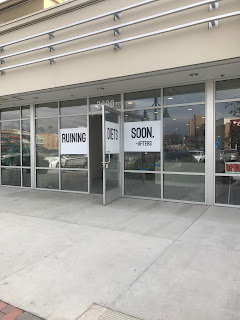 this could be trouble.  we've been to afters once - they do ice cream sandwiches using housemade ice cream and delicious donuts.  mmmm.

Email ThisBlogThis!Share to TwitterShare to FacebookShare to Pinterest
Labels: caught the sewing bug, ice cream fixes everything, running my ass off