as for the rest of our weekend - well, it was pretty awesome.  we got a break in the rain on saturday, which worked out perfectly for a birthday party for one of the bean's friends. 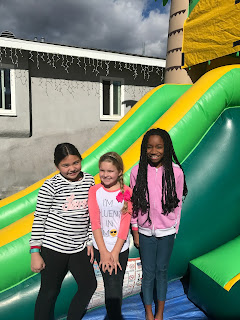 and then we continued the fun later as we put up the tent in the office again and had a sleepover. 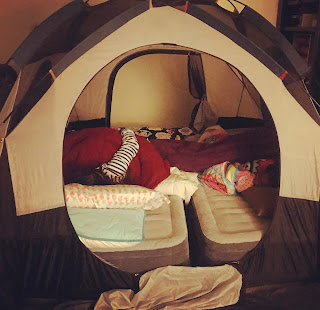 the next morning, i headed off to finally take a sunday morning barre class.  with new management at the studio, they started offering sunday classes and this was the first time i'd been able to get out there to take one.  when i got back, we made some waffles and that was pretty much the extent of my activity of the day.  after her friend got picked up, we just hung out and enjoyed lazing around the house while the rain pounded the ground outside. 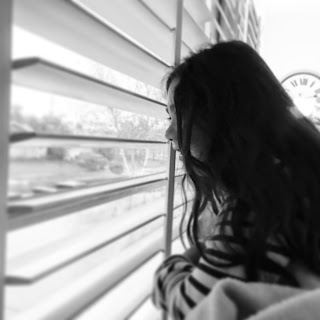 i did manage to do one more thing, though.  in my first attempt to fulfill my "sew 3 things per week" goal, i cut out some sweater knit and made myself a new top. 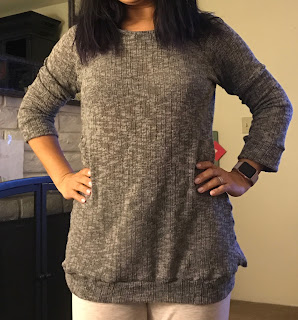 oh, and my co-leader managed to score us a couple of upgrades to our die cutting machines at a super deep discount thanks to the clearance table at a local craft store.  we were both pretty excited for the wider cutting area, and so now instead of the silhouette portrait, which offered a letter paper-sized cutting mat, we've got the silhouette cameo.  the machine comes with a 12" x 12" mat, although i know there's a 12" x 24" available too.

when i opened my box, though, i realized why it'd been on clearance - it had obviously been purchased, used like crazy for a time, and then repackaged and returned.  i mean, look at this shit - there are FOOD STAINS crusted on it. 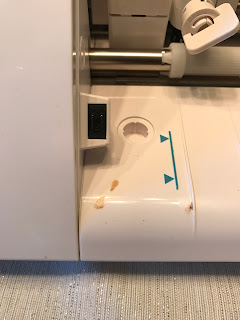 and the blade, instead of being packaged separately, was already installed. 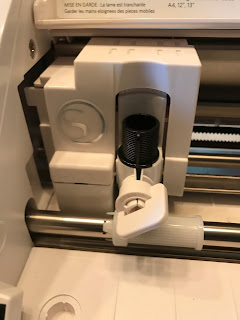 oh, oh, oh - and the last telltale detail?  the cutting mat was all chopped up and still had pieces of leftover weeded paper stuck to it. 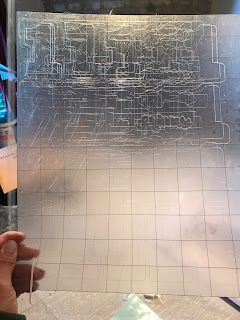 after i got over my annoyance, i cleaned it up, plugged it in and gave it a test run.  all of the pieces listed in the manual were in the box, it worked just fine, and i had gotten it at less than half of the original retail price.  not to mention, it's likely an as-is sale anyway.  and so now it's found its home on my desktop, waiting to be used and abused.