so i'm always seeing sponsored posts in my facebook feed advertising all sorts of stuff from kitchen gadgets to fun graphic tees to exercise equipment and everything in between.  i'm also gonna confess that i've totally gotten suckered into a few of them...like the light saber umbrella that was selling for a fraction of the official licensed version at disneyland. 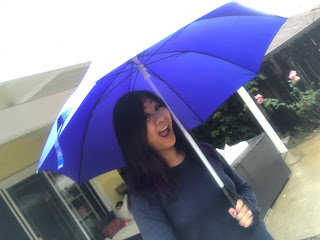 it arrived about two weeks after i received a shipping confirmation in my email inbox, sent directly from china.  and it's really wonky - like, it does light up and even changes colors when you push the buttons.  but there's a light at the end of the handle that won't shut off unless i take out the batteries, which makes for a pretty inconvenient switcheroo if and when i decide i want to use the force as i stroll through the pounding rain.

also recently delivered (and also directly from some seller in china) is the sauce blender that i thought was such a great idea.  now, i haven't actually tried this thing out yet, but it's this thing (photo swiped from google images): 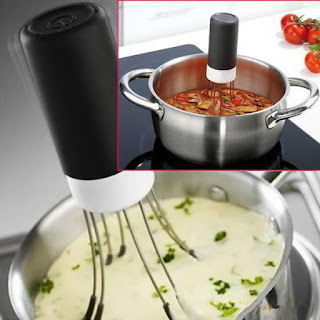 so it's supposed to be a hands-free gadget that will stir your sauce or soup or whatever without you having to stand at the stove the entire time.  i'm pretty hopeful that it'll work like a charm...but we'll see.

and then i spied an ad for some really comfy-looking shoes that i thought were pretty cute and would go with a lot of things i wear on the regular.  they're by a company called allbirds, and the shoes are made from specially woven merino wool.  the material is natural, breathable, moisture-wicking and washable.  they're made so that you can wear them without socks, and all of the reviews i found online from reputable sources (like time magazine, forbes, wired, popsugar) said that they lived up to their promise of being the most comfortable shoes ever.  and they give you a trial period, too - you can try them out, wear them for 30 days and if you don't love them you can return them.  all returned shoes are donated to charity, so they don't go to waste.

after debating between the solid black and heathered gray, i opted for the latter and placed my order.  they arrived less than a week later. 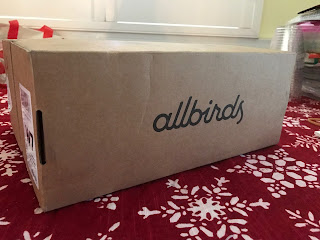 when i opened the box, it looked like this: 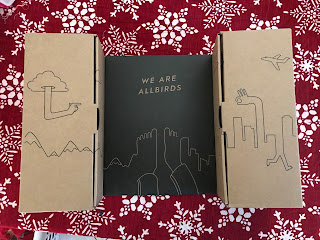 cool packaging always gets my attention. 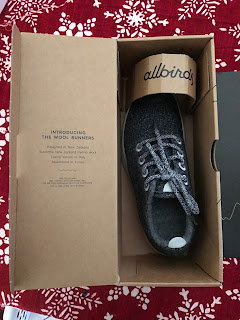 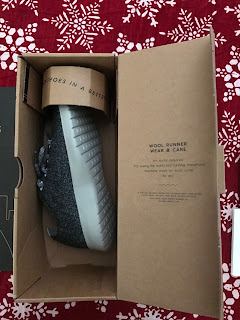 the shoes remind me a little of yeezys...you know, kanye's line with adidas.  only these were a lot cheaper and a whole lot easier to get ahold of.  well, and i kind of refuse to give kanye or anyone named kardashian any of my money, so there's that.  i took them out and put them on right away, and as soon as i laced 'em up, i understood why all of the reviewers loved them so much...they really are incredibly comfortable. 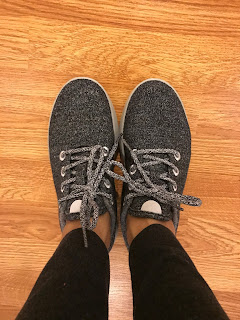 i wore them all day while on our day trip to solana beach, walking up and down the street and through the shops, and i'm in love.  it was a beautiful day, a lot warmer than the 50-60 degree temperatures we've had lately (which i love, so that's not a complaint at all) and so i wanted to test out the claims of moisture-wicking and odor minimizing and temperature regulating.  i gotta say, they passed the test with flying colors.  plus i really like the look of them...no huge logos and they don't look like your typical athletic shoes.

they aren't made for running, but i can't wait till i can put them to the ultimate test - a full day at disneyland.  and if they pass that test, i may very well want to snag that all-black pair after all.

aaaaaaaand any other colors they might decide to put out.  heh.
at January 11, 2017

Email ThisBlogThis!Share to TwitterShare to FacebookShare to Pinterest
Labels: i'm such a sucker, new toys