so as a guest staying at the grand californian hotel, we had the opportunity to sign up for a morning power walk through california adventure before they opened to the public for the day.  the 2-mile walk started at 6am and would last for about half an hour.  and although that meant that we'd be getting up at the ass crack of dawn (again!) instead of getting to sleep in a bit, we signed ourselves up and set our alarm for the ungodly hour of 5:30.  i figured that just meant that i'd get to stretch out my birthday for that much longer.  heh.

except that because we only packed for pool and park time, neither of us had packed any sort of athletic shoes. or socks, even.  oops.  one quick trip to the world of disney store that was oh-so-conveniently located right underneath our room fixed that though.  like my new kicks? 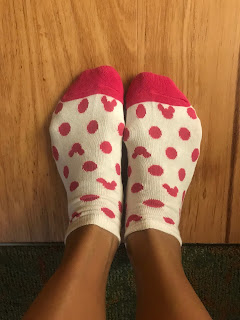 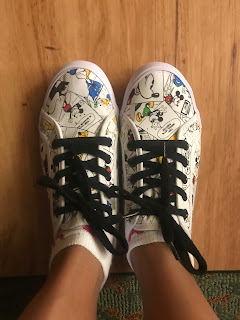 i was pretty cheerful for it being super early in the morning, right? 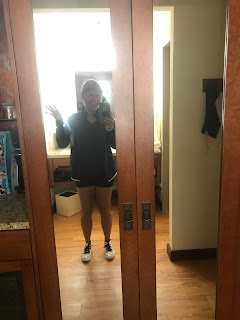 the location to meet up with the group was downstairs at the hotel's entrance to california adventure park.  there we were given a bright safety vest and a waiver to fill out and sign. 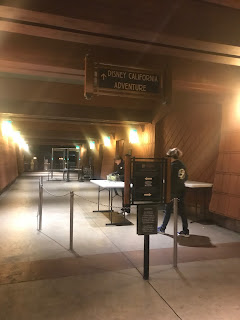 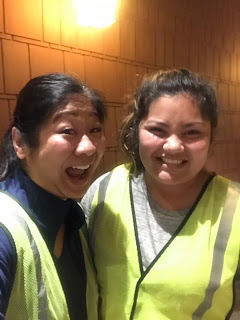 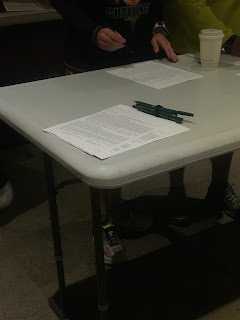 and that's when we found out that no pictures were allowed during our walk.  i was so bummed, but i guess it makes sense.  you know how disney is all about making sure they preserve the magic, and they didn't want anyone posting pictures of what the parks look like in the wee hours, when they're busy cleaning up and doing repairs and accepting deliveries and all that.  i get it.  and it really was very weird to get going on our walk (led by an incredibly upbeat and chipper cast member) and see cars driving through the park.  there were full-size delivery trucks parked near the stores and restaurants.  cast members were hard at work making sure that every inch of the park was clean and shiny, and we even spotted a couple standing at an open window along buena vista street, straightening and adding more stuff to one of the halloween displays.

we learned that the water in the grizzly rapids ride is drained every night, with a lot of it flowing out into the paradise pier area.  the music and lights and other stuff that makes the parks magical doesn't actually continue playing when they aren't open.  now, we've been to the parks when they aren't open to the public before - but during a run disney event.  they're still prepared for people to come through, so everything is all fixed up and ready for public consumption.  this was totally different, and it was really interesting.

our walk ended in the redwood creek trail area, where our cast member led us through some stretches before taking us back to the hotel and collecting our safety vests.  by then it was almost 7am, and so we decided to head out to downtown disney and grab some starbucks for breakfast.  after all, i had a birthday reward to redeem. 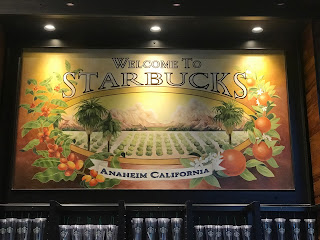 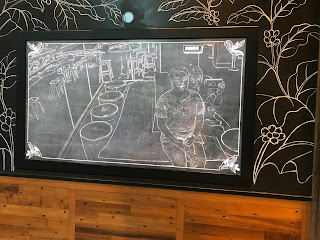 it was fun to be there with almost no one else around us. 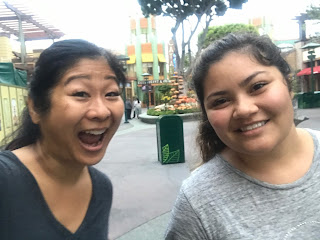 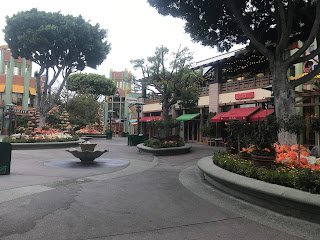 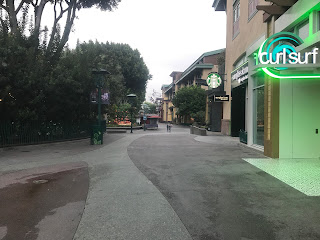 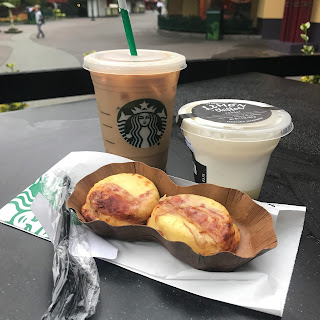 and as we'd promised, we caught the bean on FaceTime to say good morning and spend a little time with her before school. 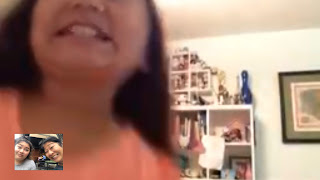