when the hub picked us up from the hotel, we drove just a short distance down the street for my birthday dinner at morton's steakhouse.  the old lady and i had been a little concerned about our attire, since it's a pretty nice spot and we were in less-than-fancy clothing.  our fears turned out to be unfounded though, as we spotted other diners in shorts and tennis shoes. 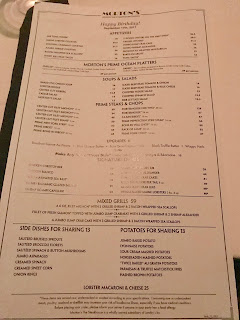 the bread was warm and soft and oniony and delicious.  the bean enjoyed it, although she wrinkled her nose when we told her that it was onion bread.  but then she shrugged her shoulders and took another bite, and that was that. 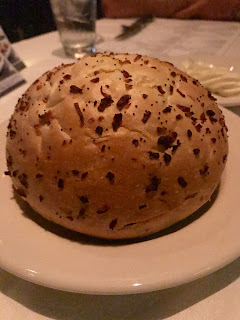 it's not birthday princess dinner without at least one cocktail, right?  i decided to have a lemon drop, and i'd forgotten how tasty those are. 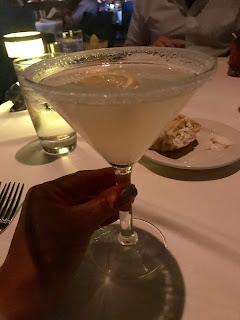 this was the bean's choice for appetizer - prosciutto-wrapped mozzarella, drizzled with balsamic and served atop a mixed greens salad, tomatoes and shaved parmesan. 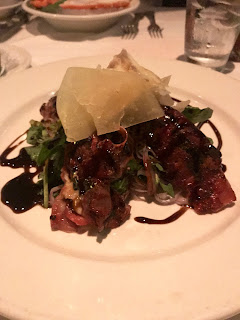 the "seafood tower" wasn't exactly that, but it was really tasty. 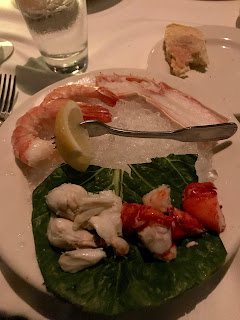 and i'd opted for the prime ribeye topped with black truffle butter.  this was so good. 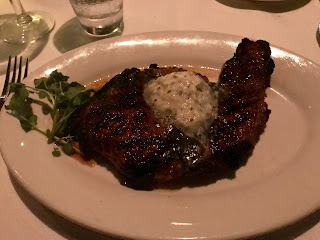 the bean was on a balsamic kick, as her salmon was served with a honey-balsamic glaze. 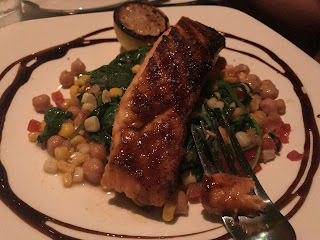 and then when we were done with our entrees and the crumbs had been whisked away from the table, our server brought me a lemon souffle and a chance to make a birthday wish. 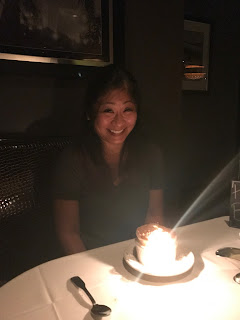 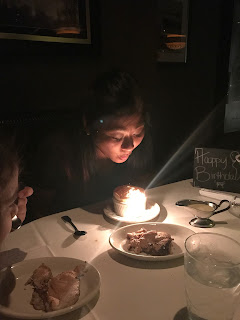 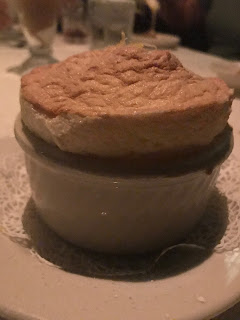 the hub and the bean dropped us off back at the hotel, after lots of hugs and kisses.  as we walked through the lobby, we stopped to look in the gift shop.  i kinda want this tee: 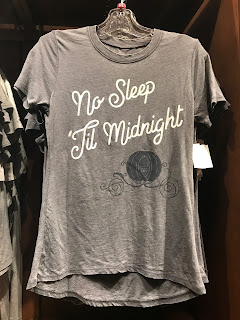 after a quick stop in the room to grab sweaters, we headed back to california adventure to find a spot for that night's "world of color" show.  we'd gotten fastpasses earlier in the day and managed to score a perfect spot right in the middle, just behind a railing that was elevated a little over the group in front of us. 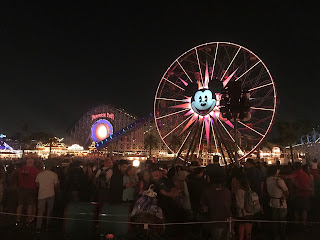 during the last ten minutes before the show starts, you can play a game using your phone and the fun wheel.  it's a basic memory game, where you have to memorize the pattern of colors lit up on the wheel.  kinda like the old "simon" game i always wanted when i was little.  if you get the high score, you get to control the lights on the wheel for the next game.  i never did win, but i had fun trying. 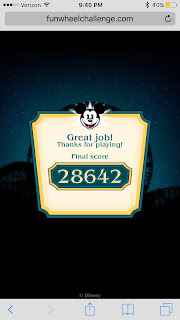 the show was fun to watch as always, and the "pirates of the caribbean" part is my favorite. 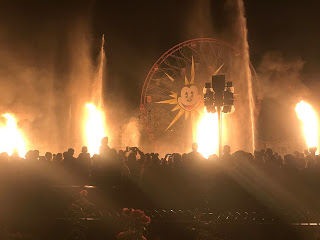 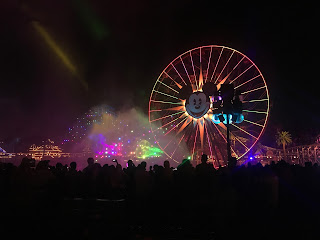 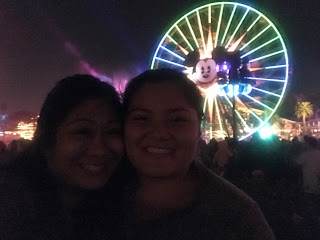 when we got back to our room, we found that our beds had been turned down and chocolates left on the pillows. 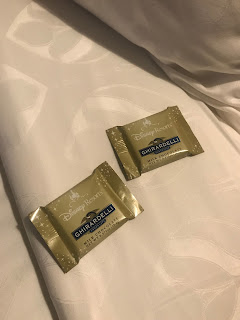