bonding with the bean

the morning after fight night, the bean and i decided to drive to the parking structure so that we didn't have to go back to the car after we were done playing at disneyland.  there had been a charity 5K walk that morning, and along with the shortened post-summer break hours the parks didn't open until 10:00.  that's pretty late, and the typically easy breezy sunday rope drop was a lot less so with people getting to sleep in, go to church, what have you.  the lines at the security checkpoint were pretty massive: 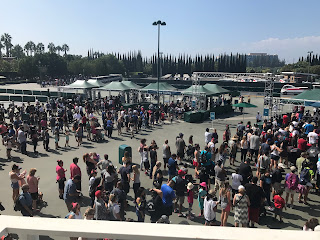 no worries, though.  we managed to get through them and onto a tram without having to throw elbows. 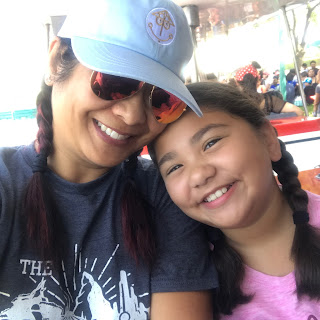 our first order of business was to snag some fastpasses for the guardians of the galaxy ride.  mission accomplished: 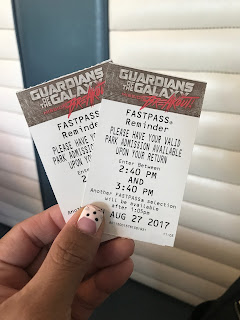 we'd really hoped to have some breakfast that morning, but because it had taken us so long to get through the entrance process, there wasn't any to be found.  we decided to go to flo's v8 cafe and grab something there - and that something ended up being a roast beef & cheddar sandwich with a side of their creamy mac & cheese. 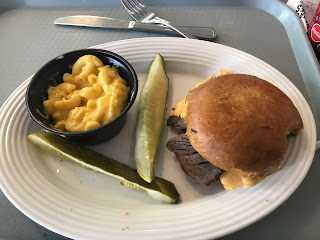 britney spears posted a picture that she took in this same exact spot. 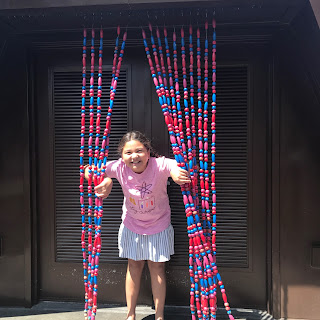 and i took this to show off my new park gear - this hat and tee is from a cute website run by family members of an old friend. 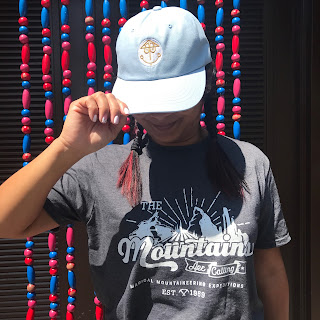 we decided to head over and get into the single rider line for radiator springs racers, which usually gets us on the ride pretty quickly even if we don't get to ride together. 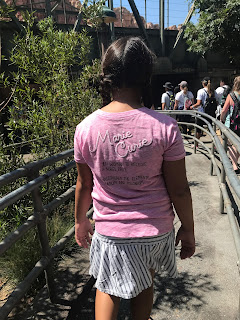 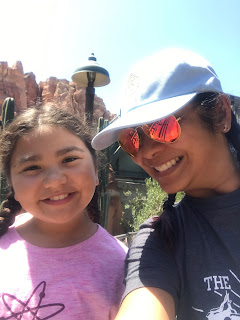 and while we were in cars land, we figured we might as well ride luigi's rollickin'' roadsters too. 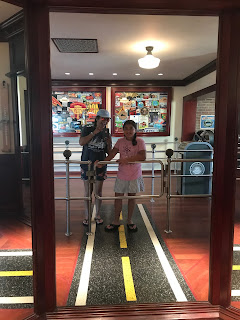 as we walked through bug's land on our way elsewhere, we stopped to cool off a little underneath the sprinklers.  rumor has it that this area is slated to be demo'd in favor of more marvel-themed attractions, which is kind of a bummer.  it's a super cute area for the little kids and the sprinklers and water play area are always so welcome on hot days like this one. 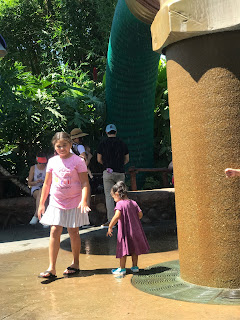 when we got into the hollywood studios area, i remembered something that i'd promised the bean a couple of visits ago - free face painting was available as part of the "summer of heroes" celebration.  the line was fairly long, but we got in it anyway.  here were some of the choices: 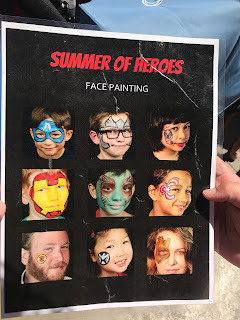 she was pretty excited when it was finally her turn to sit down.  because it was so hot and she's a sweaty monkey like her mother, she decided not to have it on her face but on her arm instead. 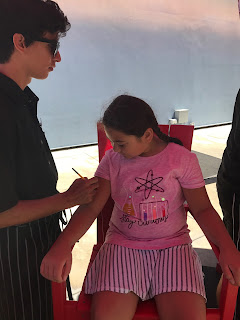 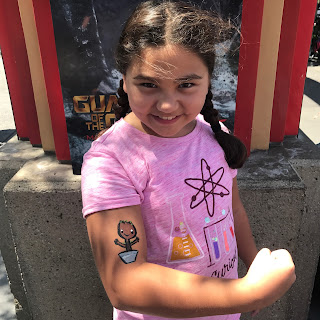 more water play as we headed over to the little mermaid ride.  a lot of the things we did that day were centered around the fact that we could cool off in some way, heh. 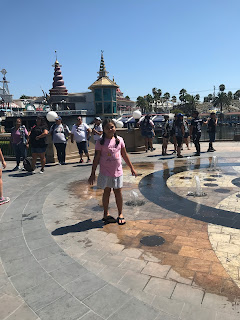 and yes, i totally brought my parasol.  i didn't care how ridiculous i looked, i did everything i could to stay cool.  that also involved bringing a foldout fan AND my battery-operated fan.  whatevs. 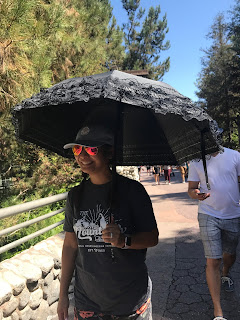 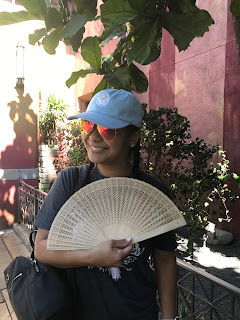 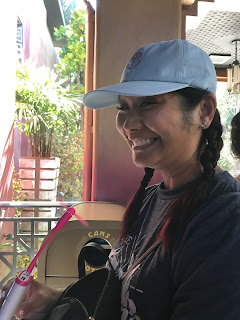 can you spot us on the guardians ride?  so much fun. 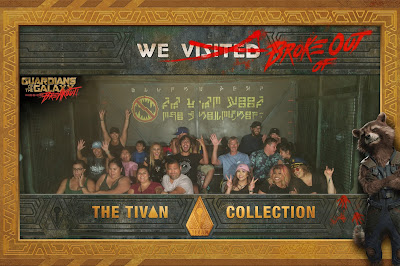 just around the corner was the animation academy, another way to suck up some A/C and have some fun in the process.  we got to draw sally from "nightmare before christmas," a new-to-us character. 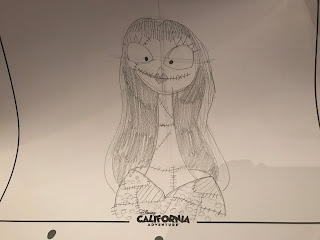 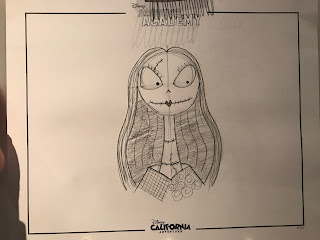 we'd also managed to snag a fastpass for the grizzly rapids ride, which we saved for last because while it was blazing hot, nobody likes to walk around in wet underpants and shoes.  when we finished our drawing, it was time to head over. 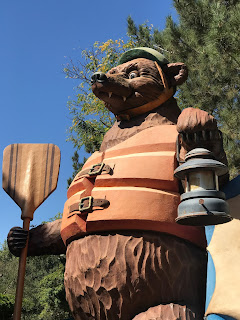 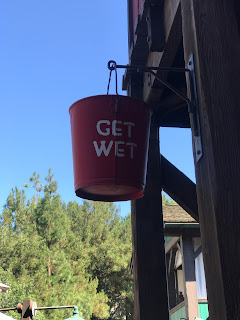 the line went fairly quickly, and we were on the ride in a flash. 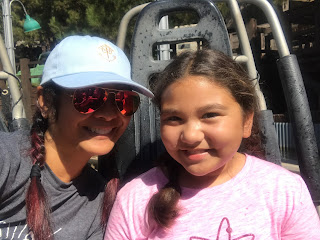 while we didn't get soaked by any stretch of the imagination, we did get splashed a good bit.  it felt great on that super hot day, although poor baby groot didn't fare too well. 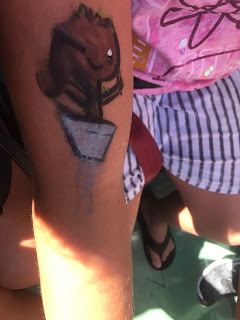 another super fun (hot!) day at disneyland, check!  and a pretty awesome bonding weekend with the bean.  it's not often that we get to do an overnighter like that, just the two of us.  i love getting one-on-one time with both of my girls, making memories we'll get to share forever.  awwwwww.
at September 05, 2017