after our day date with the bean in downtown l.a. a couple of weeks ago, the hub and i decided that we'd head back out for a grown-up version and hit up some of the spots we'd seen as we drove around.  one of those spots was cole's, which is one of two local restaurants that claim to have invented the french dip sandwich (the other is philippe's, which we love and have been to several times).  we'd tried to get out there last week, but we had so much going on that it just didn't happen.  and then yesterday we found an opening in our schedules, just a couple of hours that gave us just the right amount of time we needed to get down there, enjoy some lunch together and rush it back home in time to pick up the bean from school.

the doors were still locked when we arrived just before noon.  we were afraid we'd wasted a trip until i opened my yelp app and found that they open right at 12.  so we loitered in front of the restaurant for about five minutes until someone opened the door and let us in, along with a few other patrons who'd arrived early. 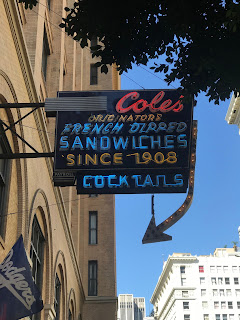 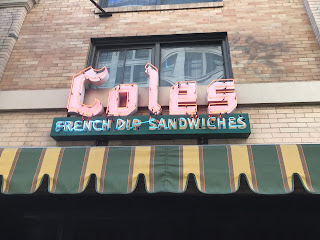 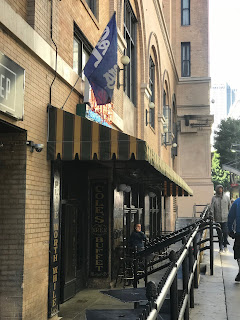 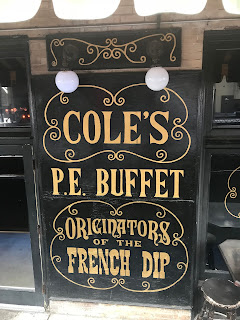 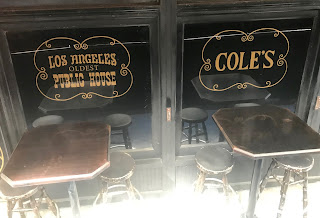 we opted to sit at a table right in front of the bar and checked out the menu to decide what we wanted to order. 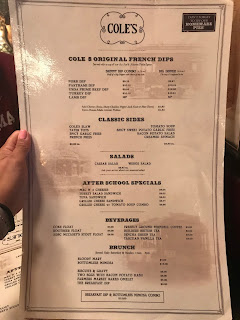 the hub got up to place our order with the bartender while i looked around a little.  this place has been here since 1908, and i love checking out historical crap like that. 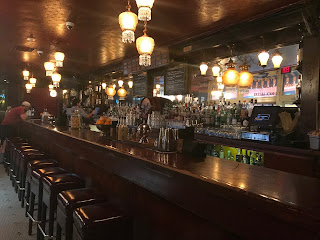 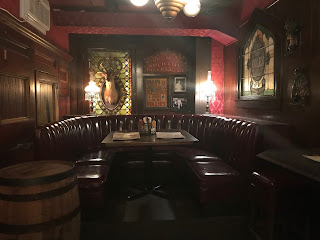 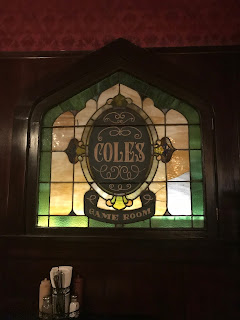 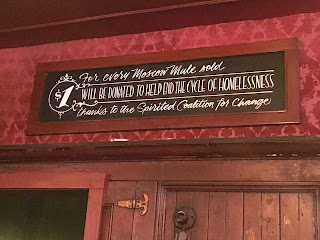 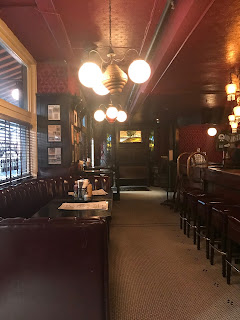 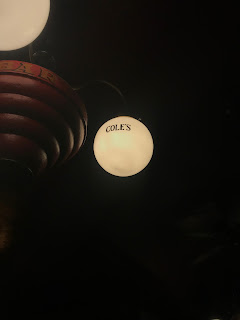 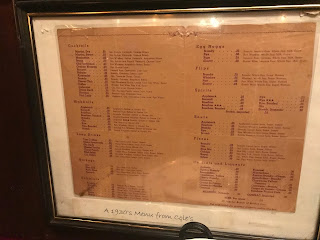 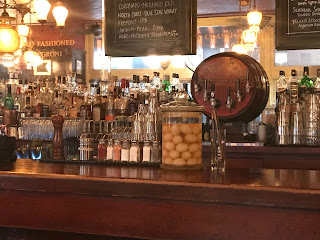 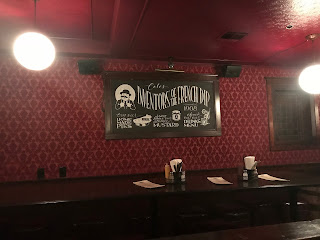 if you look on the back of the menu, you learn the proper way to eat a french dip: 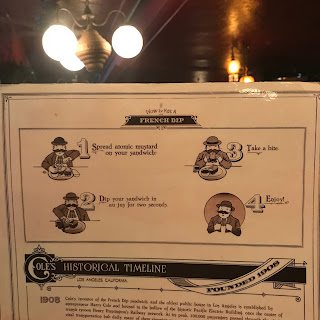 and learn a little more about the history of the restaurant. 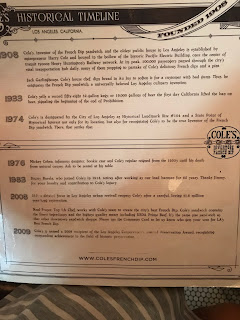 the hub ordered a coke float for me, knowing it's one of those things i rarely resist. 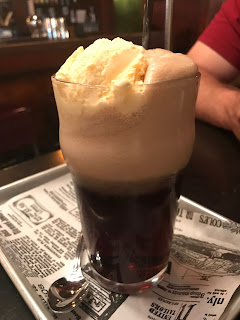 and then a few minutes later, the food came.  the hub had opted for cole slaw with his sandwich: 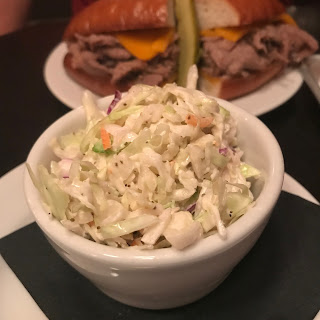 while i, predictably, opted for the tots.  they were crispy on the outside, soft on the inside, and perfectly seasoned.  so good. 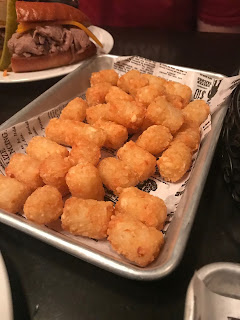 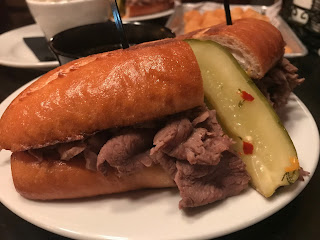 the hub took that instruction graphic to heart, slathering the first half of his sandwich with that atomic mustard.  from the tears that instantly sprang to his eyes after his first bite, it definitely lived up to its name.  the pickle had a kick to it as well, so i only got one bite of it before i was like NOPE NOPE NOPE.  but the sandwich itself was really delicious.  everything about it was perfect, and i knew we'd have to take the girls here one day because they're both big french dip fans too.

by the time we were done, the place was pretty packed. 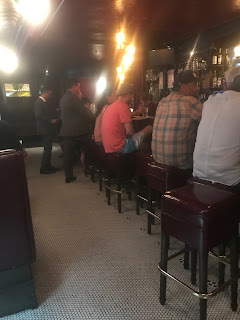 we were stuffed and happy. 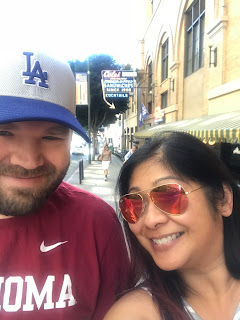 thanks to the express lane, we managed to avoid all of the traffic on the freeway and got home in 25 minutes.  pretty amazing, huh?  and that even left me with a full hour to get more stuff done before i had to leave to pick up the bean from school.

it's always an adventure with the hub, and thank goodness he loves food as much as i do.  i can't wait until we get another chance for a day date.
at October 26, 2017