gearing up for birthday princess weekend 2017, 2.0

the bean kicked off her birthday princess weekend with an audition for her school's annual talent show.  this year, instead of keeping it to the elementary grades they opened up tryouts to the whole school.  that meant that she was going up against kids from transitional kindergarten age all the way through to the 8th graders, and that meant that there were quite a few acts going in to audition.  she was going to face some pretty stiff competition and i wondered if this might be the year she'd get cut. 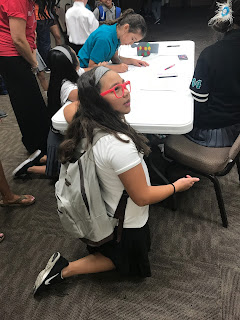 she'd been practicing her ukulele in the car, between cheer practices, after school, pretty much any time she could squeeze it in. 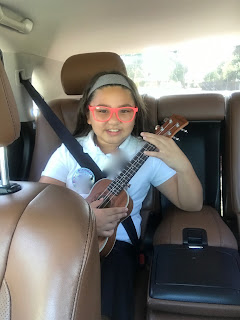 she had a bunch of friends who were also vying for a coveted spot in the show, and they hung out happily as they waited to be called in. 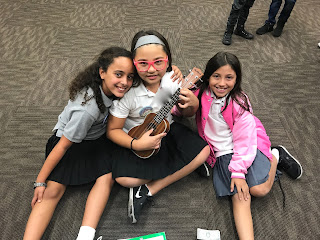 when they went in, she came over to me and confessed "mom, i'm really nervous.  what if i don't make it?"  and i told her not to stress about it, to relax a little and try to have fun with it.  i mean, what's the worst thing that can happen?  and i got her to take a selfie with me seconds before she was called in. 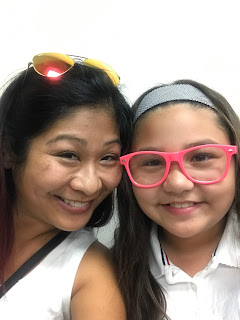 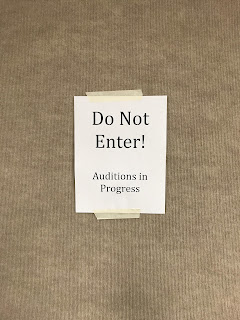 back at home, i had her try on the new shirt i'd ordered for her to wear to girl scout meetings.  with the pressure of the audition over and done with, she hammed it up a little for me. 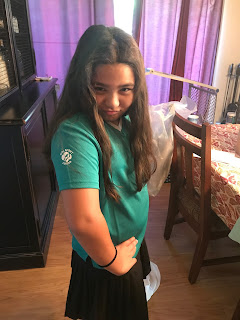 i put her and the old lady to work assembling the goody bags for her birthday party the next day, which is always a fun task. 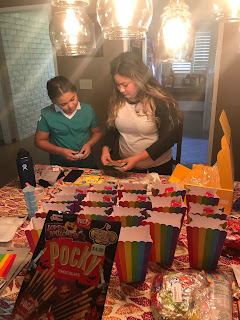 and then later that evening, after the girls had done the work at their meeting, they gathered together and sang her the birthday song before she passed out some brownies. 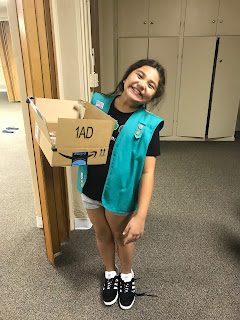 the list of acts for the talent show was emailed out that night as well.  and it looks like i'll be on the hunt for a good elvis costume for her to wear, because she made it.  she's plucking out "love me tender" on the ukulele, and i'd instructed her to lean forward into the microphone when she was done and utter an elvis-style "thank you...thank you very much."  she said the judges laughed when she said it, and i'm willing to bet that just might have helped give her a little nudge into the "yes" pile.