with a free friday thanks to a teacher inservice day, the hub and i decided to take the bean out for a fun day in downtown l.a., with olvera street as our first stop.  the original idea was to take the gold line out, partly to avoid traffic and partly since the hub has never ridden it before.  but as i predicted, he bailed on the idea and opted to drive instead, so we could go from one place to another at our leisure.  schedules and crap aren't really his thing.  heh.

when we arrived at olvera street, the stalls had all just opened for business and there weren't a ton of people there yet. 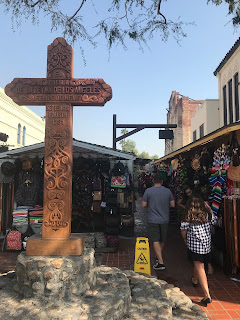 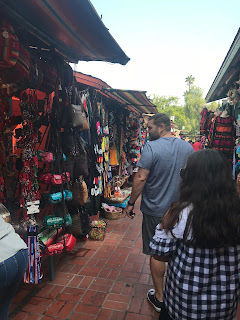 the bean had a ball looking in all of them and finding fun stuff like confetti eggs, squishies, slime, you name it. 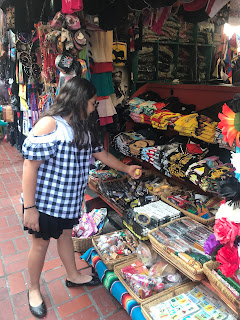 of course, i stopped to look at all the snacks and stuff.  duh. 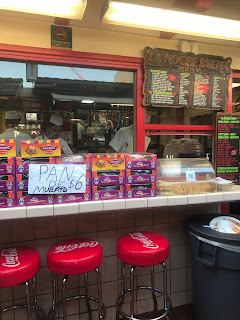 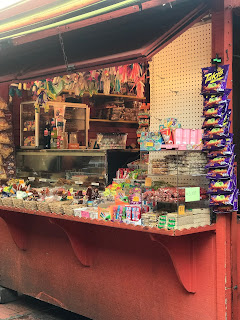 the bean remembered going through this a couple of summers ago with MIL. 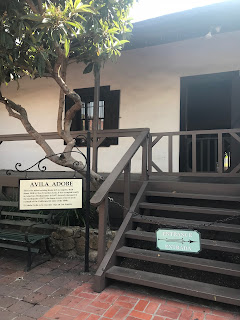 there was lots of fun stuff in this shop, but they didn't allow photos inside. 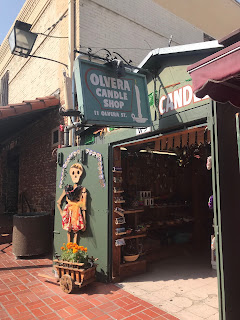 and it looked like maybe someone's alarm didn't go off... 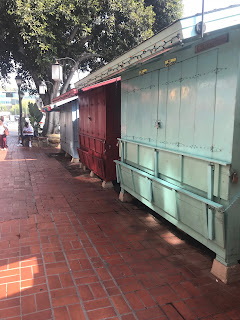 inside one of the bigger shops, the hub found something he's wanted for a really long time - a ceramic parrot to hang up in the lounge.  and while he haggled with the owners on the price, the bean and i wandered around and looked at their other merchandise.  i was amused at the inclusion of marilyn monroe in this dia de los muertos shrine: 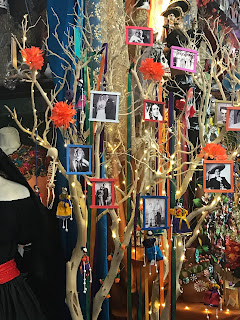 and we both thought this shirt was super cute. 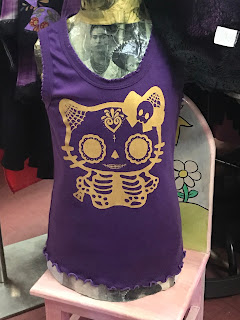 since the bean isn't a huge mexican food fan (gasp!), we settled for a group selfie in front of where we should have stopped for some world-famous taquitos instead. 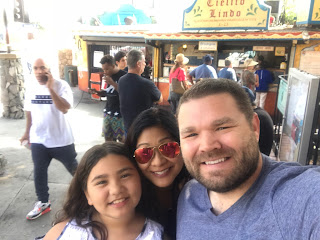 i didn't leave empty handed though - i managed to snag a couple of cutters for some cookies i've been asked to do next week. 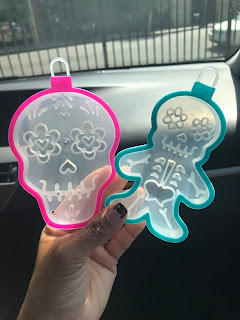 it was really nice to wander through olvera street when it wasn't butt ass hot or super duper crowded.  looks like random weekday mornings are definitely the way to go.  next time, though, i'm getting some of those taquitos!
at October 16, 2017