slummin' it at the country club

one of the boys in the bean's class is one we've known forever - his mom loves to remind me that we were even in a gymboree class together, back when the kids were teeny-tiny babies.  they went to preschool together and have managed to be in the same classroom for most of their time in elementary so far.  anyway, his parents always throw a fabulous party for his birthday and we were lucky enough to be invited to it again this year.

i wasn't completely sure that my handmade dresses would be up to country club standards, but i think we passed muster: 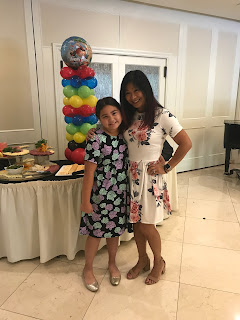 and one of my favorite mom friends was helping the family out by acting as the official party photographer. 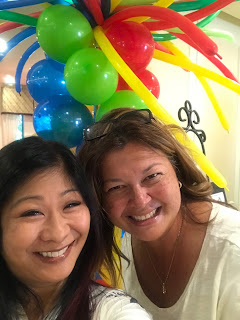 there was a face painter in one corner, and she was all decked out with a full arrangement of tools and supplies. 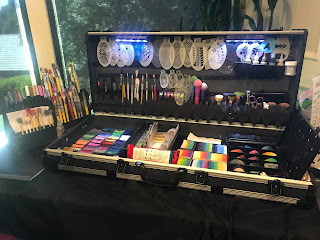 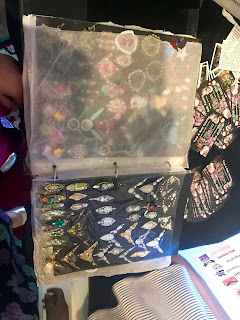 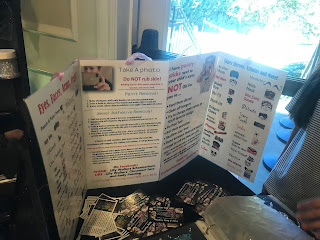 the bean is not a huge fan of putting stuff on her face (remember, she hates makeup??), so she usually opts for a design on her arm instead. 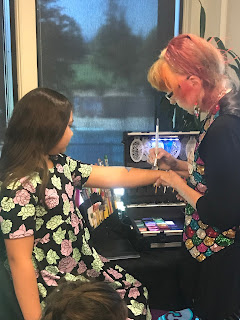 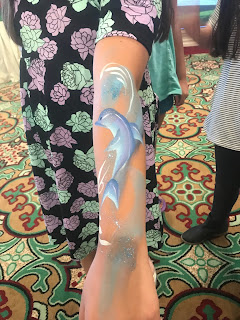 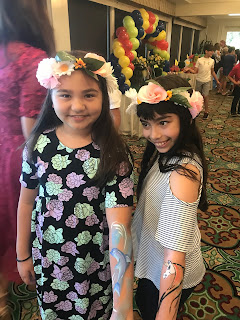 she and her friends had a blast playing together, watching each other as they got their face/arm paint, working at the arts & crafts table in the corner, and taking silly pictures at the photo booth.  as for me, i was eyeing the cake table display behind me and waiting for my mimosa to be brought over by one of the servers roaming around the room. 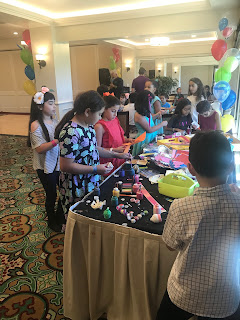 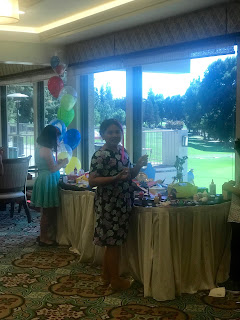 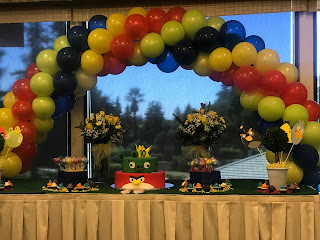 the kids were also doing quite a number on the cookie table.  there were plain cookies and frosting to decorate your own, or you could just snag a ready-made one to munch on. 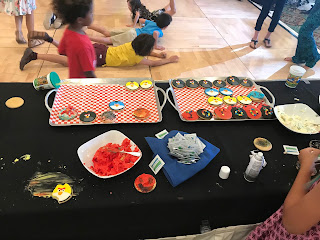 oh and yes, i did snag a cat ears headband for myself at the craft table.  i sure did.  goes nicely with my mimosa. 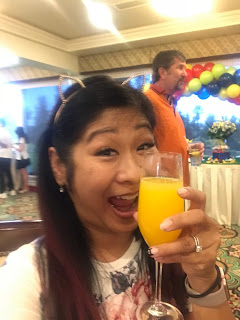 when the buffet opened, i headed over and snagged a nice piece of roast beef with some asparagus and couscous. 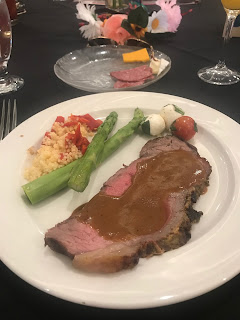 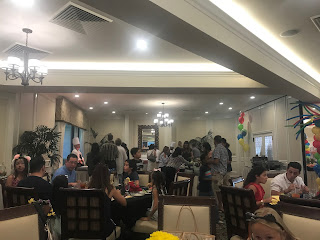 a couple of my BFFs and i found a quiet moment at the photo booth and picked out some props: 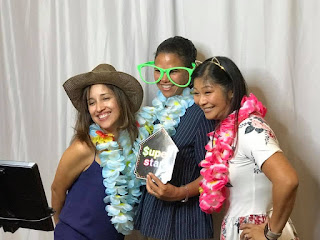 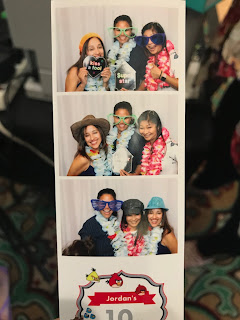 and then i got the bean to take a few shots with me too. 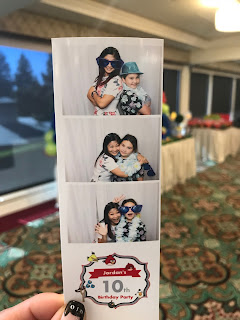 this is another of the bean's oldest and favorite friends.  these two will probably go all the way through high school together, and it's super cute. 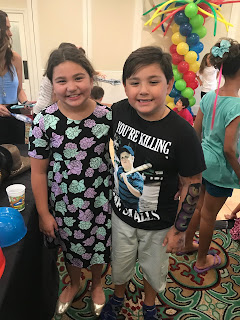 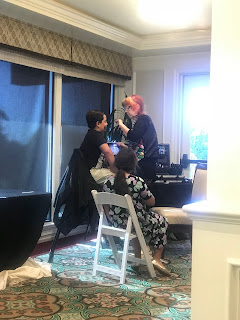 it was a super fun party, and we ended up staying until almost every last guest had left.  we shut that party down, yo.  that's how we do.
at October 24, 2017