remember back in the day when i worked at dots cupcakes?  seems like a lifetime ago.  i guess it pretty much was...since that was back in like 2009!  anyway, my dots boss recently expanded her empire to include the cutest little cafe ever.  it's located on the east end of pasadena and the old lady and i finally got to go, just before valentine's day about a month after the grand opening. 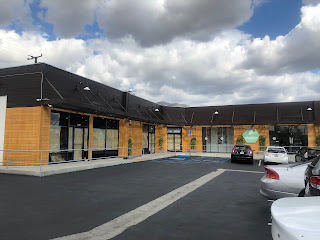 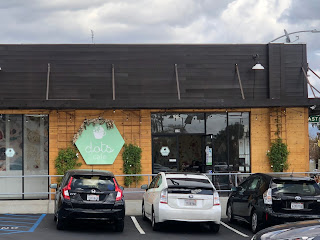 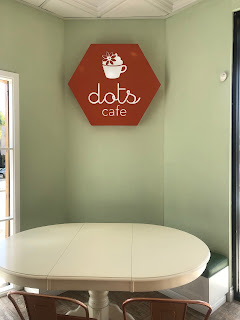 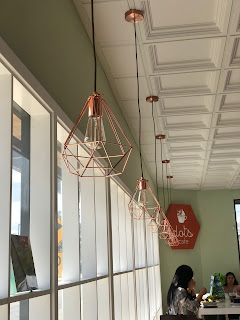 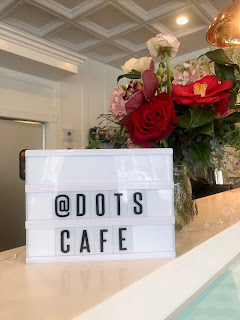 i love how she carries the hexagon theme throughout the cafe. 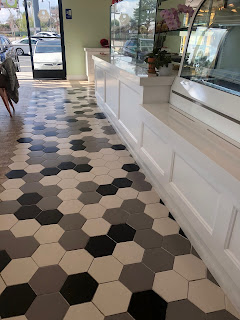 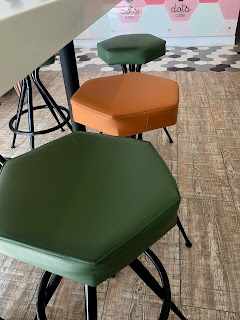 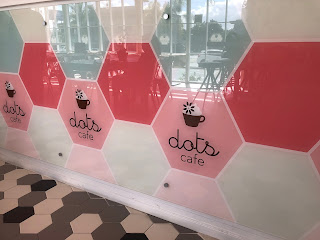 and her little signs are so cute. 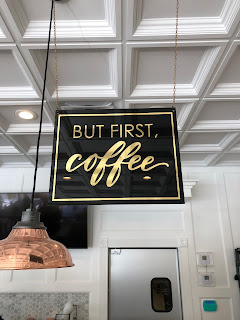 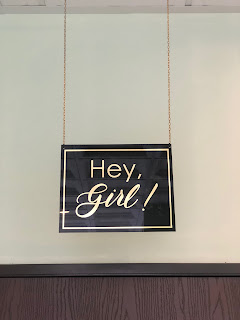 the decor is fabulous, as expected. 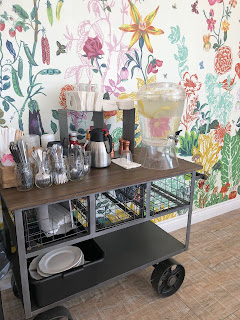 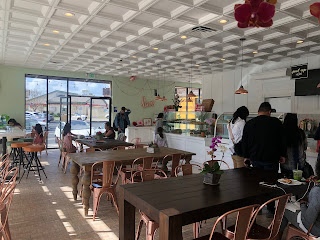 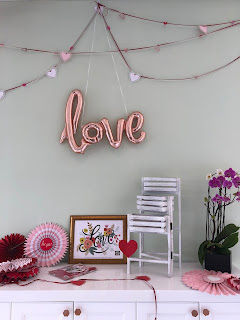 and along with the breakfast and lunch menu, there are cupcakes and pastries. 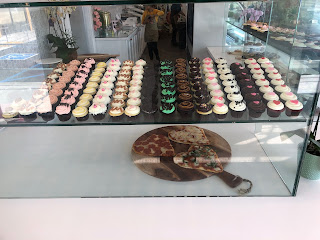 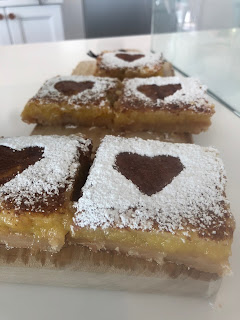 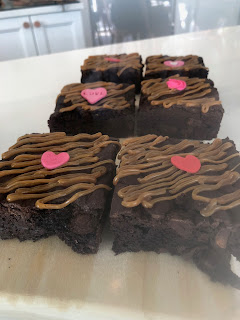 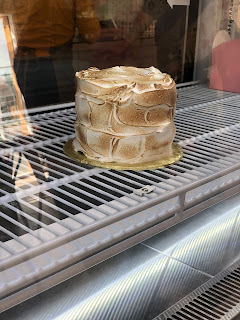 i'd ordered the breakfast sandwich.  solid and satisfying. 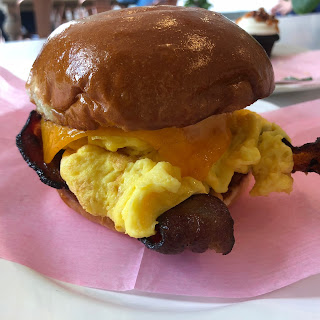 the old lady went with one of their quinoa bowls, and while she isn't much of an egg fan she said she really liked the rest of it. i'm not sure what there was in there, but she enjoyed it and that's all that maters. 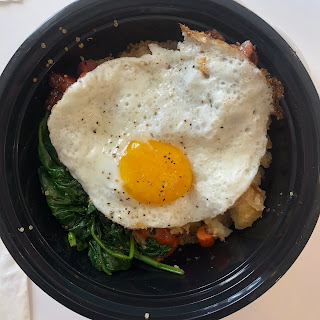 the orange juice was freshly squeezed, too. 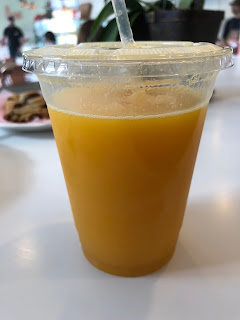 since it was right after opening on a monday it wasn't too crowded yet in there, and my friend had a chance to sit down and chat with us for awhile.  i hadn't seen her in a long time, so it was nice to catch up and hear her stories about the cafe and the long process she went through to finally get it open. she brought us this awesome little plate of sweets: 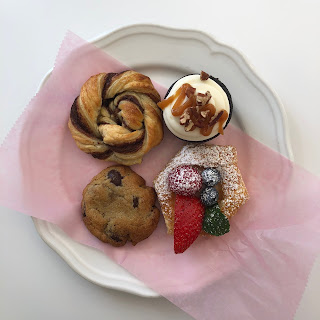 as we sat and munched, we started noticing a growing group of people that were gathering together in the front of the cafe.  there were strollers and lots of little kids running around and some of them were arriving with large trays of what seemed like party favors, and then a few of them started setting out some sort of assembly line on one of the big tables.  there were so many of them just standing around that i could see customers who were walking in having difficulty getting around them to get inside or to the counter to place an order.  one of them plopped their kid on the counter and started a mini photo shoot, and all this was happening, mind you, without a single person actually placing an order.  my friend turned to me and said "are they having a party in here??"  it sure looked like it, and when one more person walked in with a tray of what looked like donuts - into a cafe that serves pastries - she decided to go over and talk to them.  she smiled and was totally polite and professional, and when she walked away the adults started whispering and gesturing amongst themselves.  a few minutes later, we noticed them gather their stuff up and start walking outside.  no one actually left, though, because the parking lot stayed completely full.

one of the moms, with baby on hip, headed to the counter, and so i figured maybe she was actually going to order something.  but after speaking to the employee behind the counter she walked out the door empty-handed, and it turned out that she was complaining about feeling unwelcome.  are you freaking kidding me?  sheesh.

my friend told us that she'd seen people come in, order a mini cupcake and then set up an entire photo session in there, taking pictures complete with wardrobe changes, using the pretty floral wall as a backdrop.  i mean...i guess at least they ordered something?

before we left i got a picture with her in front of that wall.  because -well, why not? 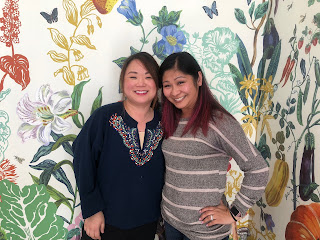 we headed to the side of the building to check out the murals that i'd seen her post on social media, and wouldn't you know it - that's where the group had migrated to exchange valentines, share treats and take pictures.  ridiculous. 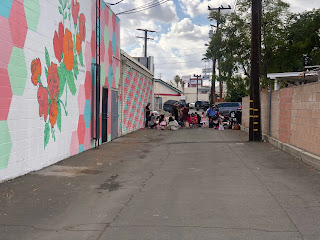 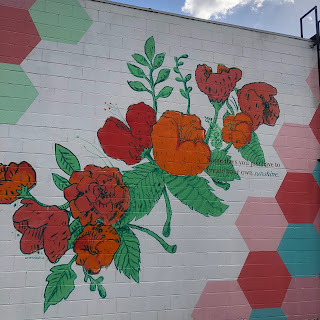 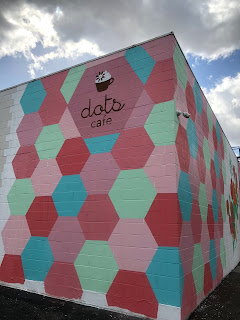 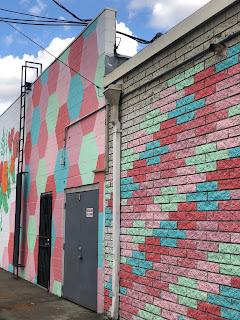 and of course, we brought home some cupcakes. 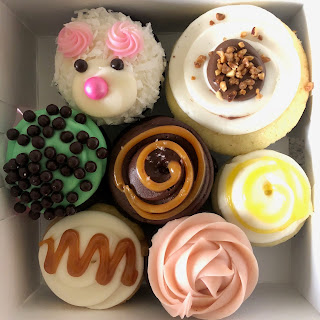