the bean and i decided to get up bright and early on presidents' day for a day at disneyland.  this shocks you, i'm sure.  we were out of the house right at 7, with rope drop scheduled for 8.  traffic was blessedly light, parking was fairly easy and we got through security and onto a tram in almost record time.  still, we missed the actual rope drop by about five minutes.  bah!

i'd decided that this might be a good day to test out the new maxpass system.  this is disneyland's version of an electronic fastpass, ever-so-slightly similar to disney world's magic band but without the part where you can start booking fastpasses 60 days before your visit to the parks.  instead, for $10 per person per day, you can get your ride fastpasses via the official disneyland app as soon as your entry ticket is scanned at the gate.  no more hustling to the fastpass stations to scan your pass, and as soon as your window opens to get another one you can hop right onto the app to see what's available.  it's been available for awhile now, but i hadn't really cared enough to pay for it.  the top tier annual pass includes the maxpass, and all other levels of passes can add it on for $75 per year.

as soon as we went through the turnstiles i hopped on and bought them, snapped up passes for space mountain and then we spied mickey and minnie off to one side of main street posing for pictures with parkgoers.  usually at this time we're zooming right down the street on a quest for that first fastpass, but today we could take our time, look in the shops and make our way leisurely down the street.  it was so nice.  and we decided to get in the relatively short lines to say hello to our friends. 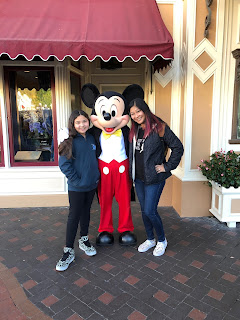 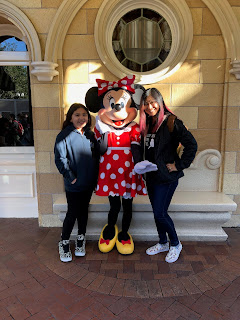 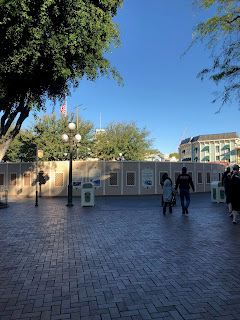 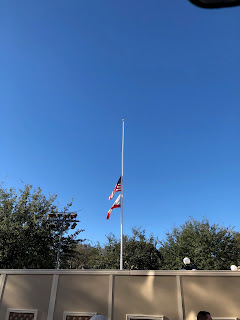 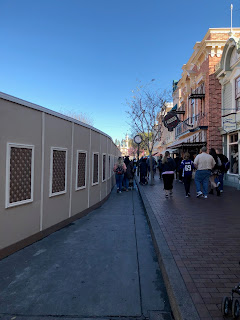 and because we still had some time before our turn on space mountain, we decided to head over to big thunder wait in line for our first ride of the day.  on our way there i marveled at how nice it was to see this area so open and empty. 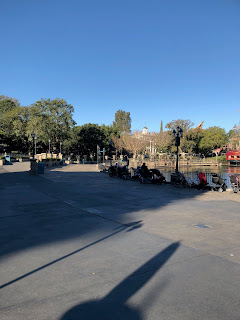 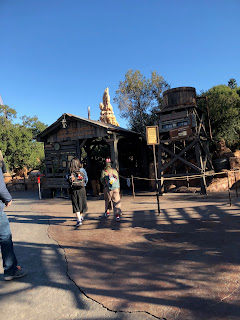 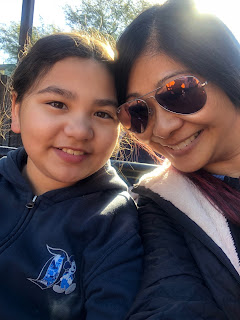 when we were done we still had plenty of time, and when the bean saw that there was practically no line for the finding nemo submarine ride - an attraction her sister despises - she talked me into it. 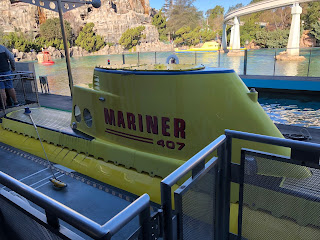 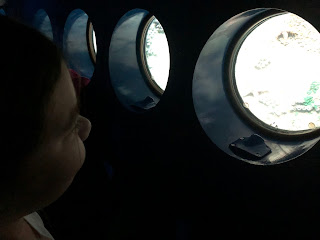 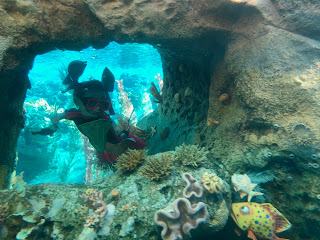 yay for space mountain!  the bean was so mad to see that she'd gotten blocked in the photo...again. 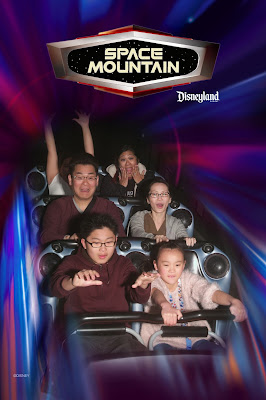 at galactic grill, she was bummed again to find that the blue french toast is no longer being served.  but she was happy to settle for sharing a breakfast burrito and an order of french toast sticks. 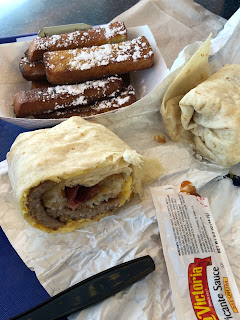 this is what the app looks like when you have the maxpass.  if you time things just right you can actually have passes for two things at the same time.

on the matterhorn.  it was a really cold day, especially for southern california, and i'd swapped jackets with her because mine was thicker and warmer than the sweatshirt she'd put on that morning. 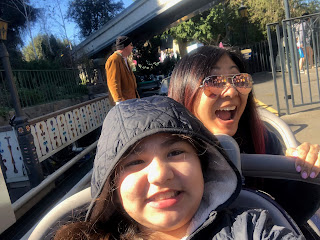 as we headed over to take the obligatory castle selfie, we stopped at snow white's wishing well so she could make a wish. 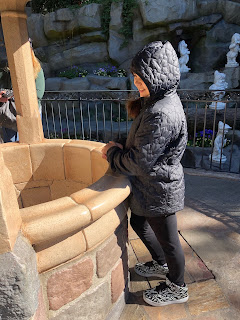 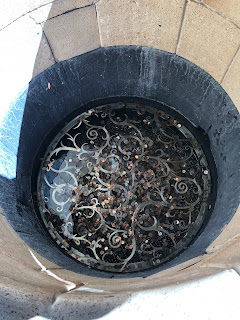 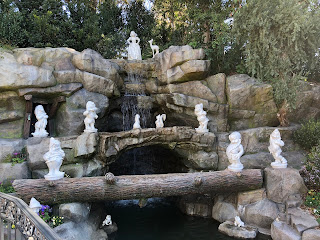 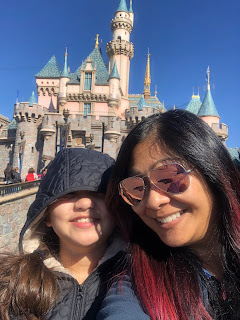 with a block of time available before our indiana jones fastpass window opened, we headed over to the haunted mansion .  i hadn't ridden it in its original form in a long time - the last few times i was here it was still dressed up for the holidays. 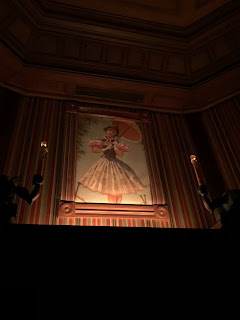 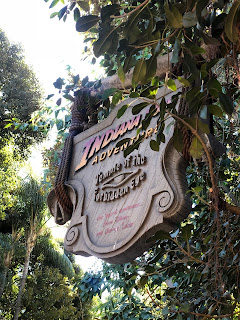 star tours was our last ride on the disneyland side, and we encountered a couple of stormtroopers as we exited tomorrowland. 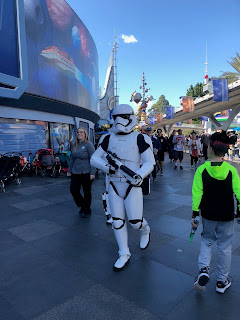 i'd snagged us a fastpass for the guardians of the galaxy ride after using the indiana jones one, so we didn't have to wait for too long. confession:  i still get nervous before this ride.  it's never the same ride twice, so you never know when to expect the drops.  we both love it, though. 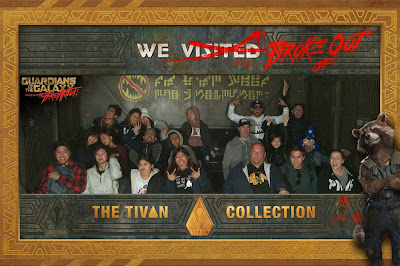 how cute is this groot backpack?? 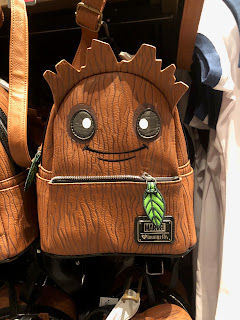 the bean adores the animation academy, so we headed in there next and got to draw baymax. 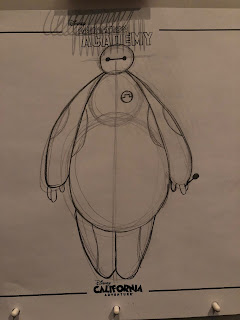 our next fastpass was for goofy's sky school. 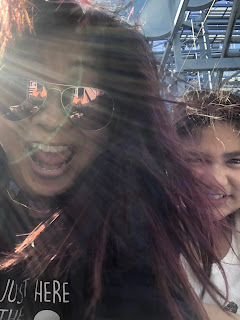 and then she wanted to go back inside the animation academy building to see the "turtle talk with crush" show, so we got to sit on one of the comfy couches and relax for a bit as we waited for it to start. 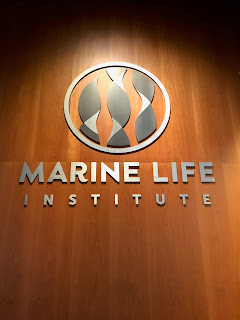 one more trip into the animation academy yielded this sketch of eeyore: 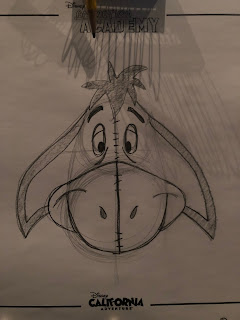 our final ride of the day was soarin' around the world, and by then the sun had gone down and the wind had kicked up.  i think it was in the mid-50s that afternoon, and we were done for the day by 4:00. 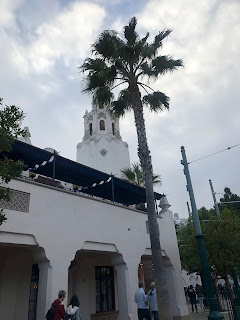 we grabbed a couple of snacks for the road (and a caramel apple for the old lady) and headed on outta there.  for a holiday it had been a pretty awesome day at the 'land, and my little maxpass experiment convinced me to go ahead and add it onto our passes.  it really made our day so much nicer, which is totally worth the extra cash.

the food & wine festival starts this friday.  i sure hope we can get out there soon to sample all the delicious treats!
at February 26, 2018