it was a super (bowl) sunday indeed

as much as i love staying in hotels, i don't usually sleep all that well in them unless i'm just absolutely exhausted.  that seems to be the case for the hub too, because we both found ourselves up at a crazy early hour after our fabulous bazaar dinner.  and so instead of fighting it, we decided to just go ahead and get up and outta there.  on our way to the elevator we passed penelope cruz again and this time i noticed a couple of other things i hadn't seen before: 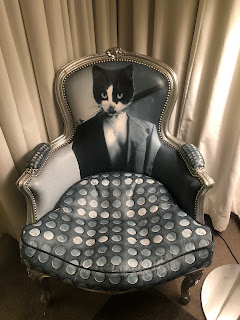 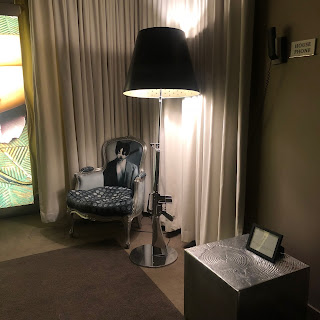 i kind of dig that cat chair, but i could do without the gun lamp.  heh.  and in the elevator: 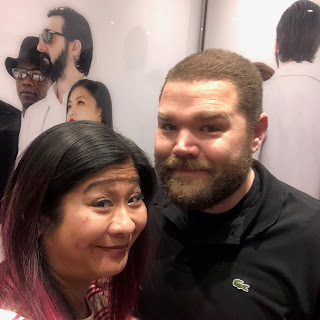 downstairs, a few other early birds were enjoying breakfast in the other restaurant, tres by jose andres.  it looked really pretty, but we decided to venture out and find some grub elsewhere. 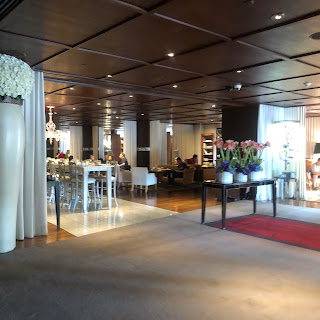 thanks for a fun night, SLS beverly hills! 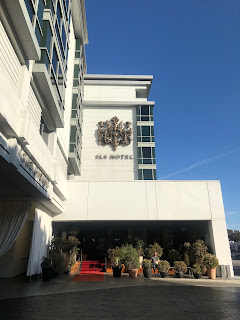 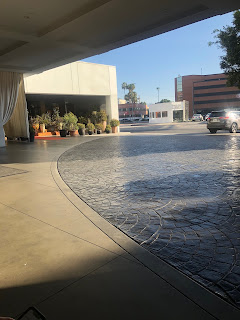 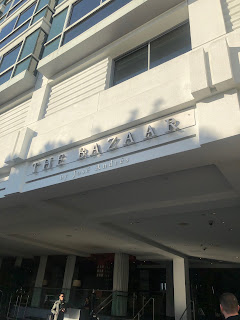 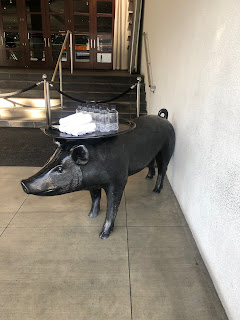 we ended up going to joan's on third, which is a spot i've always wanted to check out - and it happened to be just around the corner from us.  sweet! 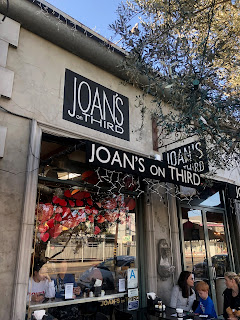 there were tons of snacks and delicious treats and things to pick up to take home.  there were lots of people there not only picking up breakfast, but snacks and trays for that afternoon's super bowl. 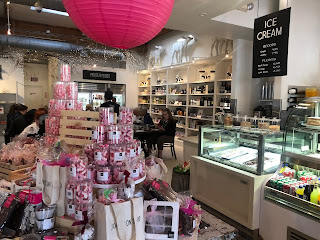 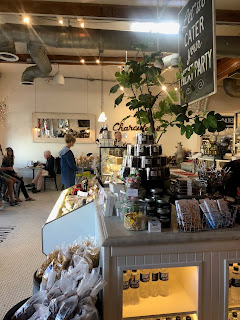 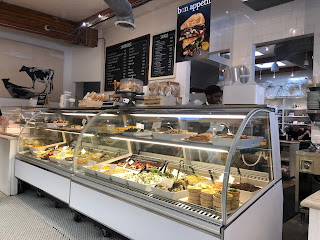 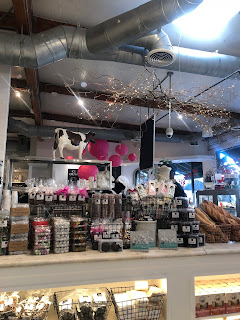 we chose simple fare for our breakfast - i had their delicious corned beef hash served with a poached egg, and the hub opted for a breakfast burrito. 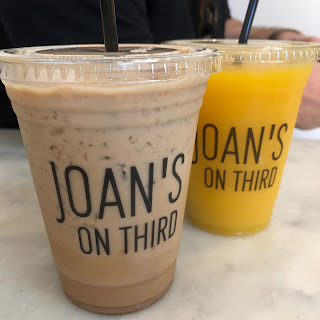 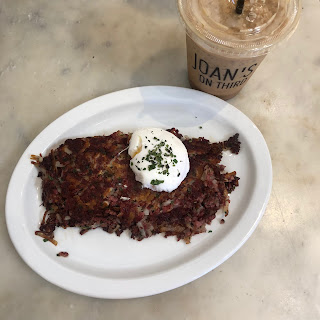 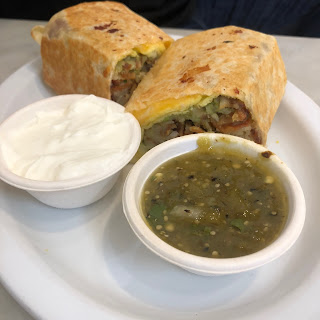 from there we decided to venture over to rodeo drive and do some window shopping.  early sunday morning brings out a good number of tourists and wannabe photographers, and with the shops not scheduled to open till noon we got free street parking while we walked off breakfast. 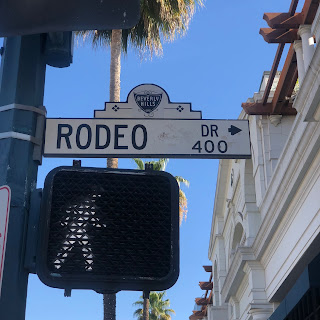 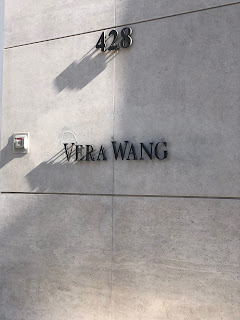 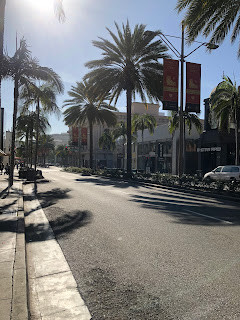 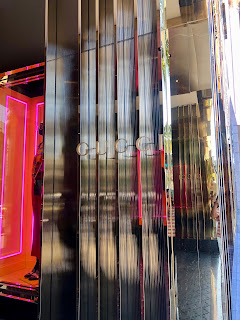 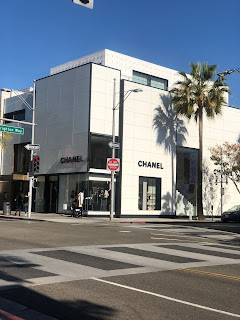 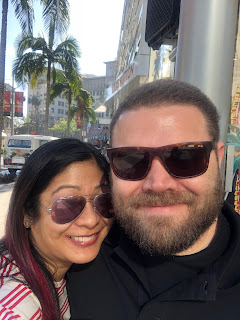 how cute is this volkswagen bus all dressed up for louis vuitton? 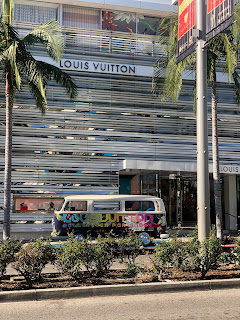 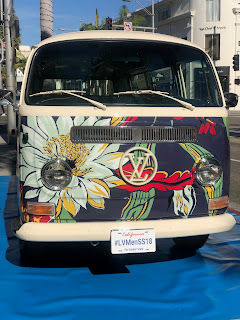 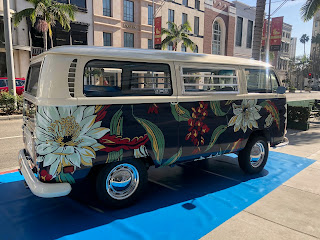 and i couldn't help but smirk a little at the overcharging violations posted on the doors of a few stores along the way. 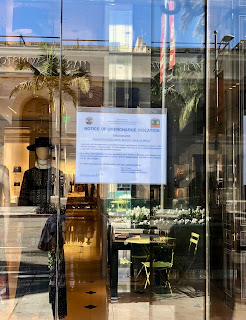 later on, as the hub hosted a superbowl party at the lounge, the old lady and her special friend joined me in front of the tv with snacks and drinks.  the old lady treated me to a lovely afternoon as she poured me a glass of wine and set up the trays with our snacks, and even did all the dishes while i lounged on the couch.  i don't know what i did to deserve that, but i was a pretty happy camper. 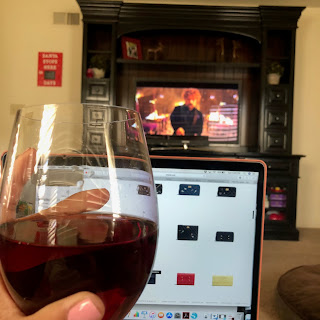 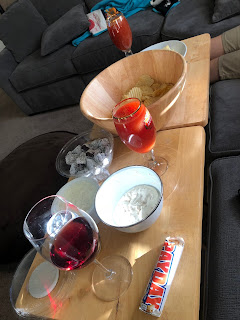 that's definitely my kind of super bowl sunday!
at February 09, 2018