so i'm still trying to use the ol' instant pots as often as i can.  i have a ton of recipes saved between pinterest and facebook, so there's no shortage of things i can try and foist upon my unsuspecting family, muahahahahahaha.

i'm not a big meatloaf fan.  i know, i know, comfort food yadda yadda yadda.  but the rest of the family likes it and i can suck it up enough for one dinner.  not to mention, i wanted to try a recipe i'd found that cooked both the mashed potatoes and meatloaf in one shot.

the potatoes get cubed and placed in the bottom of the pot, with the trivet on top of them. 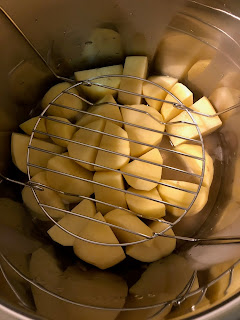 then you take your meatloaf, shape it and put it in a little homemade foil pan and place that on top. 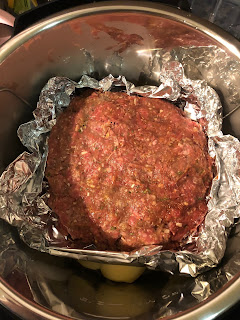 the instant pot does (almost) all of the rest of the work, and about 35 minutes later i was serving this up: 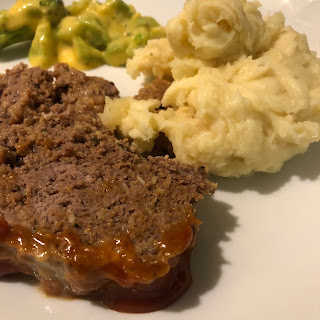 okay, even i had to admit it was tasty even though i still don't love meatloaf.  so there.

hawaiian plate lunches are one of my favorite things to make in the instant pot, and it's not a new thing.  but it is pretty cool when i can make the kalua pork in one pot and the macaroni salad in the other.  the old lady told me that this is her favorite meal that i make: 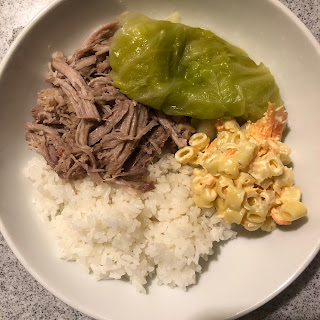 and it makes us want to go back to the islands.  sigh.

i decided to make some salsa chicken on taco tuesday one night.  while no one wanted to make actual tacos with it, i was happy to chop up some lettuce and throw together some quick (albeit definitely not authentic) mexican rice to make them some fun taco salad bowls. 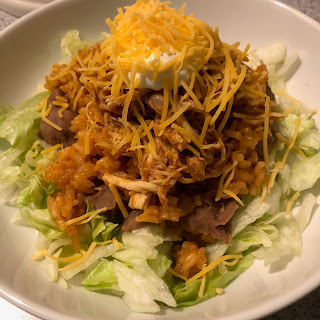 this one was really good, and definitely a make-again kind of recipe.  a little extra work than other dump-and-go dishes, but totally worth the effort.  these boneless short ribs were browned in the pot in a little oil before cooking under pressure in a wine and broth bath, and they turned out REALLY good.  even the bean liked these, although she still turned her nose up at the carrots (she ate them anyway). 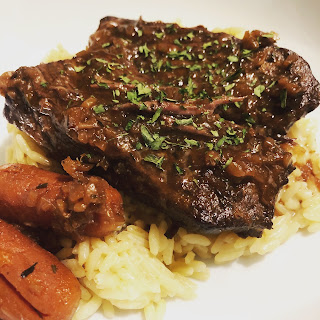 last but not least, did you know you can turn out a pretty awesome banana nut bread in the instant pot?  you do have to pick up a small 6-cup bundt pan, but it's worth it because you can use that pan for other things too.  it's pretty easy to mix up, and like the other recipes, the IP does everything else.  and look at how pretty it comes out! 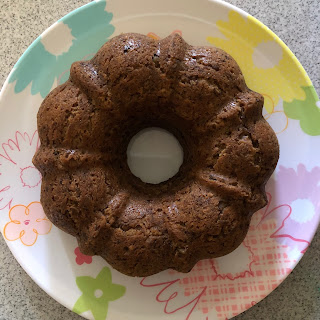 and that concludes this installment of "instant pot recipe roundup."  try some of them!  you'll like 'em.
Labels: instant pot