i am buzz lightyear. i come in peace

so last week, one of my cookie deliveries took me out to anaheim...just down the street from the 'land.  i got to meet up with one of our OG extended SFAMily members to bring her these unicorn cookies that were a little different from the unicorns i've done before: 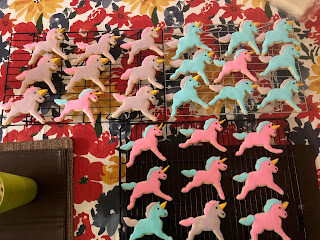 normally i'd ship the cookies and it'd be all good, but do you see how skinny those limbs are on those things?  i was terrified that they'd all snap right off during transit.  hell, i was kind of scared to even pick them up to wrap them up. 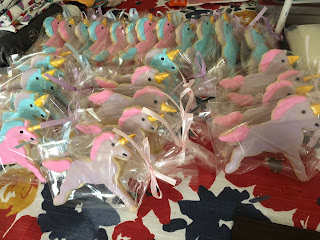 but aside from just one casualty, they all made it through the wrapping process and into a box in one piece.  look, so sad: 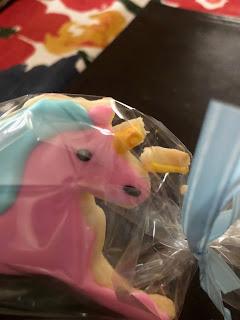 i got to meet two of her adorable babies while she marveled at how big the bean has gotten.  and stupid me, i didn't even think to take a picture with her before we parted ways.  dang it.

and then when we got to the parks, i got to meet up with another friend who i've chatted with on the internet for probably a good 8-10 years.  she and her son were playing at the parks for a few days before heading to vegas to see her dad for the weekend, and it was really fun to finally get to meet her in person. 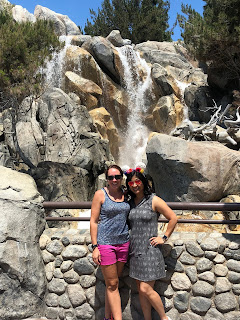 the bean takes every opportunity to sneak in a selfie whenever i ask her to take a picture.  she's just like her sister, heh. 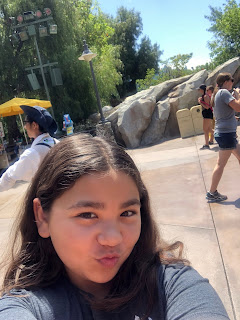 it happened to be the official release day for the "incredibles 2" movie, so we were handed these at the gate: 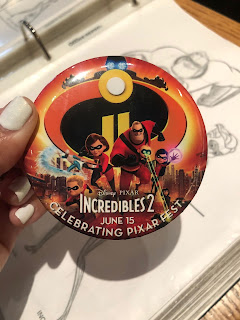 since we were both operating on various levels of hangry, we made a beeline for flo's v8 cafe to grab some lunch.  they've recently changed their menu to include fried chicken, so we decided to give it a try and see how it compares to our beloved plaza inn. 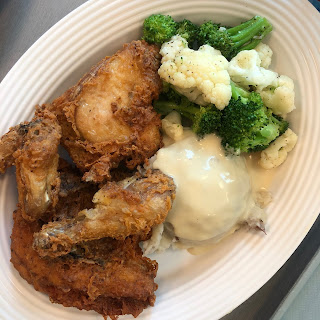 while it was pretty good and satisfied that fried chicken craving, it wasn't quite as good as plaza inn.  same portions (minus the biscuit) for the same price, so if you're on the DCA side and don't feel like crossing over into disneyland, it'll do. 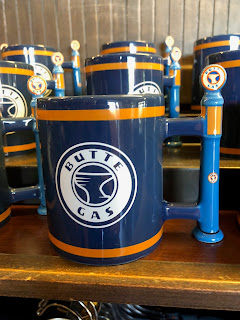 we haven't taken a drawing class at the animation academy in awhile, so we took the shortcut from cars land through bugs land into the hollywood studios area.  on our way we ran into some friends: 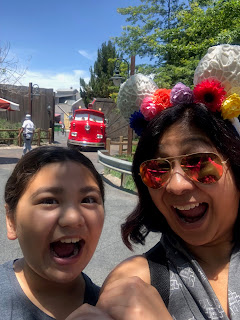 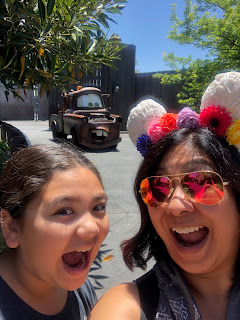 and then as we approached the guardians of the galaxy ride, we noticed that the wait time was quoted at just 35 minutes.  since we hadn't anticipated having time to ride much of anything with the crowds that we were walking through, we swung right into that line and found ourselves screaming our heads off in even less time - a mere 25 minutes.  sweet! 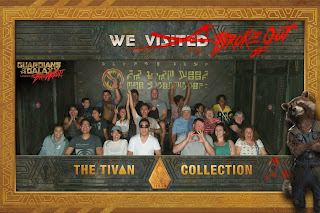 i remembered hearing that there was a new wall photo op not too far away, so we headed over to take a couple of pictures.  because why not? 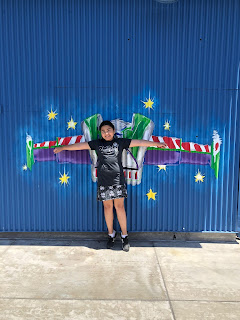 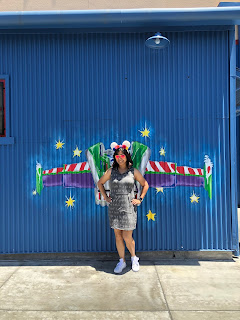 when we finally got to the animation academy, it turned out that we'd just missed the start of a class.  and with a half hour to wait for the next one (during which they'd be drawing a character we had so little interest in that i can't even remember which one it was), we decided to skip it.

by then we had just enough time to grab a treat for the ride home and head back to take mollydog for an appointment at the vet.  it was a quick trip, but we still managed to squeeze in a lot of fun.  yay for disneyland annual passes!  best thing ever.
at June 20, 2018