we are so not VIP status

we've definitely been taking full advantage of our disneyland annual passes over the last few weeks.  and when our renewal time came up, i was pretty excited to finally be able to add the maxpass feature to it so that we don't have to cough up $10 per person for it anymore.  it really does make our visits so much nicer, especially our rope drop mornings.

the newly redesigned pixar pier area was scheduled to open to the public on saturday, with a super duper vip pre-party on friday evening.  you know how much i love disney anything and would totally have gone, but even i balked big time at the idea of shelling out $299 per person.  and considering the fact that it was going to be open to the public starting the very next day - well, yeah.  pass on that.

the old lady had predicted that it would probably be fairly quiet that evening, with most people saving their visit for opening morning the next day.  and she was pretty dead on - this is not typical for a friday. 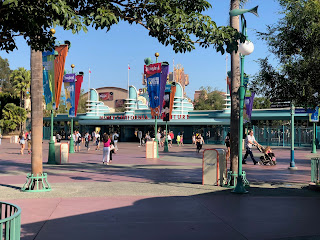 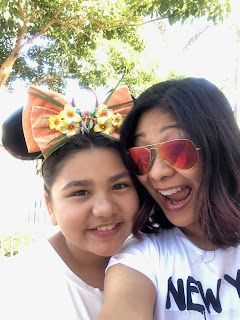 those who had splurged on that vip premiere followed these signs to check in and receive their swag bags and lanyards. 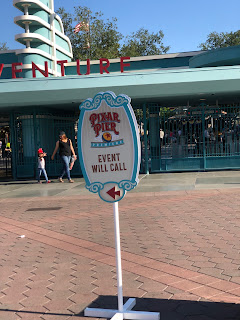 of course, we headed back towards the pier right away just to get a glimpse at it, even knowing we wouldn't really get to see anything.  and sure enough, the entrance was secured by a line of watchful cast members making sure none of the non-paying peons got through. 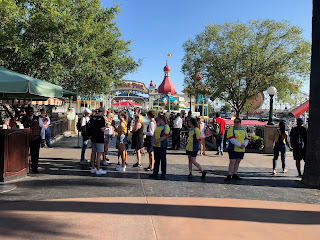 while the old lady and her special friend headed to the beer kiosk to pick up some adult beverages, the bean and i decided to hop onto a ride we hadn't been on in a long time - jumpin' jellyfish. 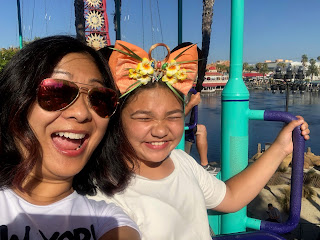 from up there we caught a different angle of pixar pier.  i can't lie, knowing that the event hadn't completely sold out i was still pretty surprised at the number of people who weren't cheap asses like me.  heh. 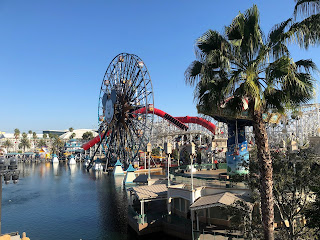 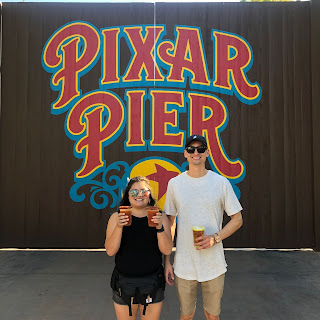 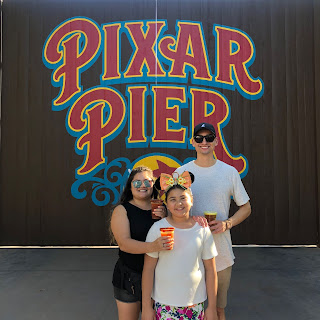 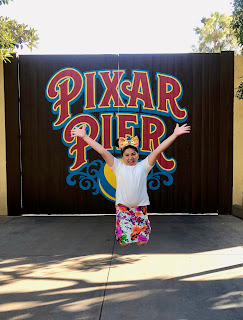 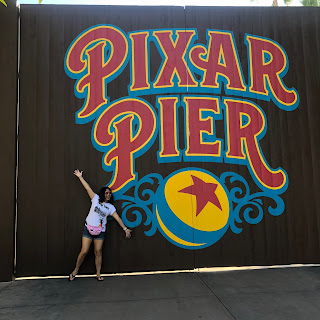 oh, did you catch my sweet fanny pack?  hahahahahaha.  it's covered in tiny edna modes from "the incredibles" and i couldn't resist.  i was trying to figure out how to wear it slung across my back when the old lady side eyed me and said "mom.  just embrace it and wear it as it's meant to be worn."  and so i did. 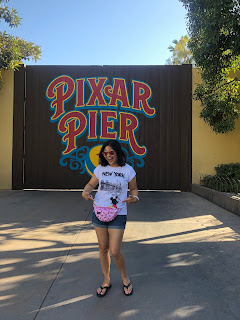 and since the bean had taken that picture, i knew to look for the selfie right after it on my camera roll. 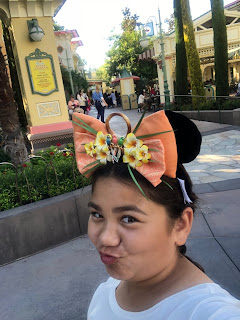 another quick look at the pier.  it's really not all that different, with most of the changes coming from re-theming and not much actual new construction. 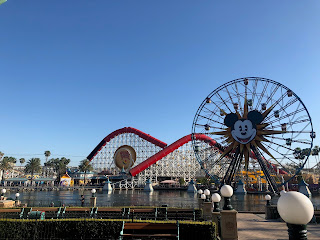 with just a 25-minute wait, guardians ended up being the only real ride we did that evening. 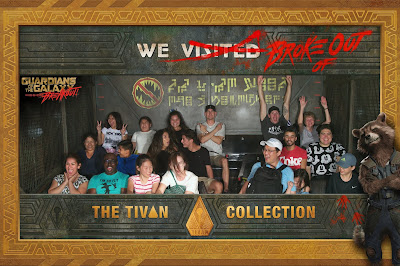 i think i need this cup.  the hub actually seemed to agree, as he chuckled at this picture i sent him. 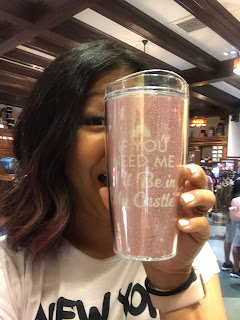 across the way in disneyland, we stopped at the tiki room to grab a dole whip float and celebrate their 55th anniversary. 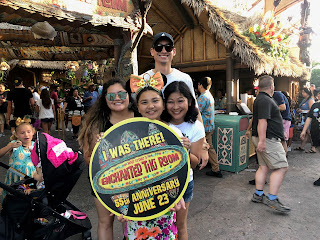 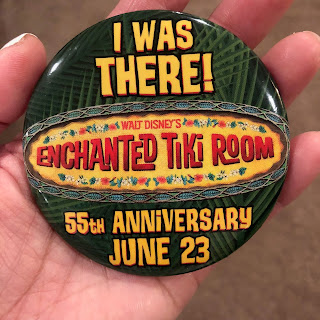 after grabbing some dinner at plaza inn, we decided to do a little browsing in the shops before picking up an ice cream cone and heading outta there before the fireworks.  i love when they come out with new merchandise: 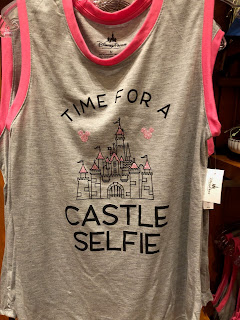 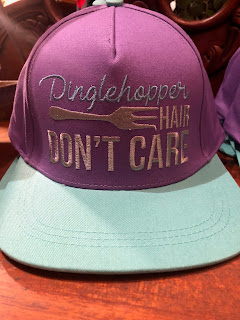 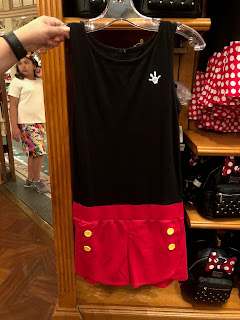 don't be surprised if you see me attempt to recreate that mickey romper using fabric i have in my stash.  muahahahahahaha.
at June 25, 2018