we realized after catching up on disneyland social media posts that the churro challenge we'd bought a map for was coming to an end.  and since we hadn't had a chance to finish it off and pick up our prize, we decided to head down one day last week after the old lady got out of work.  and even though it was a non-grad nite thursday afternoon, it was pretty crowded - so much so that the parking structure was closed and we had to park in the toy story lot and take a shuttle in.  we were dropped off on the other end of the esplanade, and the security checkpoint lines were really long. 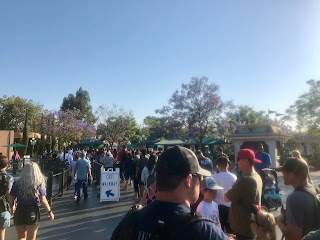 luckily, they looked worse than they actually were and we got through it in about ten minutes and walked right into the california adventure side. 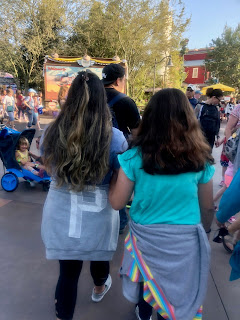 after we grabbed our free sourdough bread sample at the boudin bakery tour, we headed towards the pier to get in line at the newly opened "adorable snowman frosted treats" stand.  on our way there, we swung into the little shop on the corner that's been revamped - now it features merchandise from all of the pixar movies.  super cute, with lots of really fun merchandise for sale. 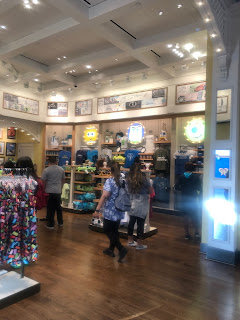 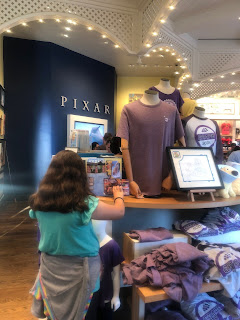 i'm sure this is going to turn into one of those popular walls that instagrammers love for photo backdrops. 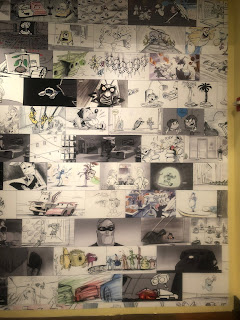 and so of course, we stopped for our own photo ops. 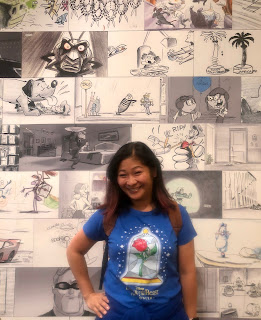 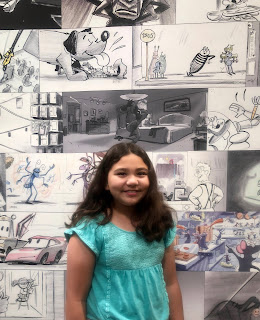 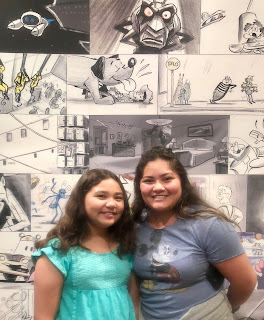 the line for ice cream was a little crazy.  still, we got in it and listened to the sounds of the redesigned "incredicoaster" as it was doing a bunch of test runs before the official opening on the 23rd. 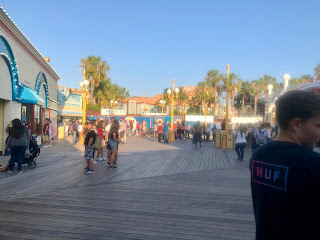 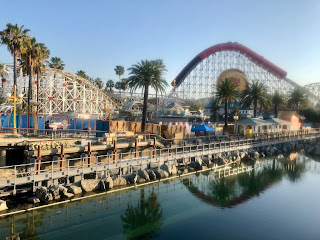 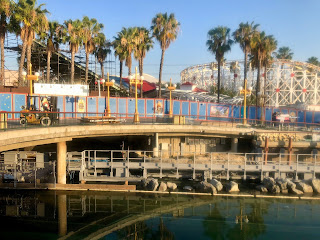 as we looked around, we saw that there are lots of little touches of pixar all around - like silhouettes of the characters overhead and the pixar ball on top of the building. 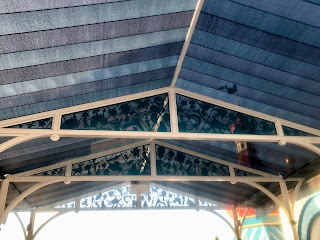 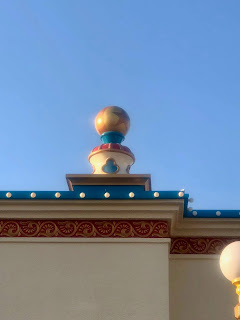 like most disney lines, this one was long but moved fairly quickly. 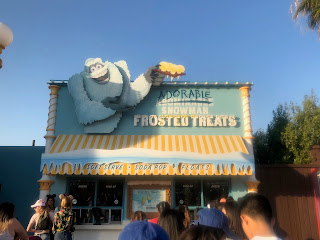 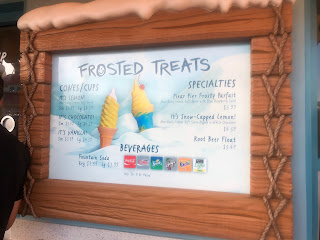 this is the pixar pier frosty parfait - a non-dairy lemon soft served swirled with blue raspberry.  refreshing and light, and creamier than you'd expect from non-dairy. 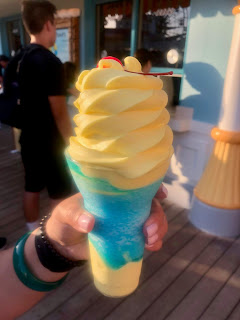 in the AP corner we received that week's special giveaway, an "inside-out"-themed decal. 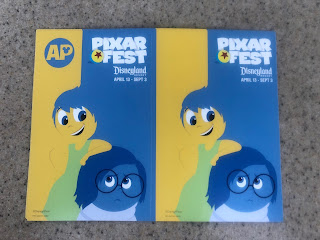 the bean wandered over to see if she could add a drawing and a note to the friendship box. 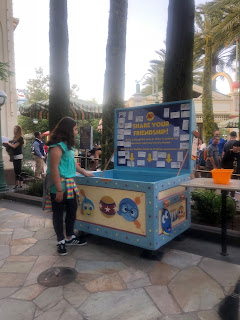 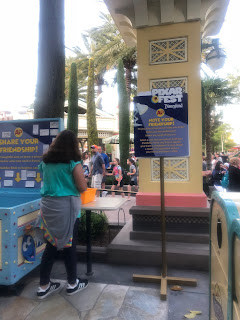 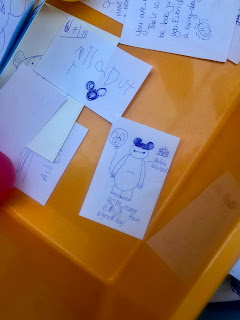 there were lots of people in line for the photo op. 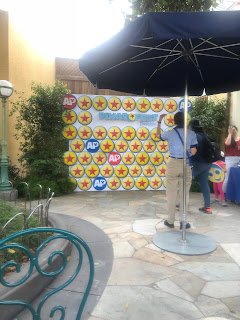 and this was our prize - a giant button commemorating the churro challenge. 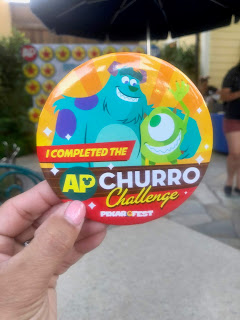 we decided to grab salads from the restaurant just behind us, and watched the bean eat her pizza in her own special way. 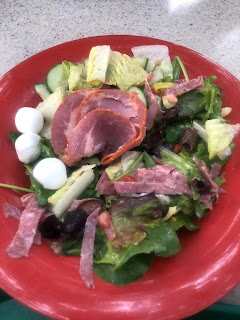 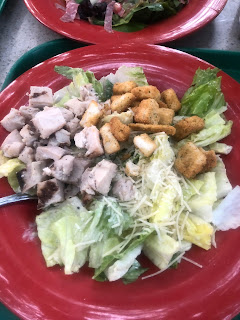 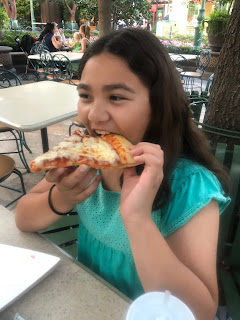 and as we made our way towards the exit, we eyed the rows of VIP chairs set up just outside carthay circle for the paint the night parade viewing.  they do a special dining package where you enjoy a prix fixe meal and then have reserved seats along the parade route. 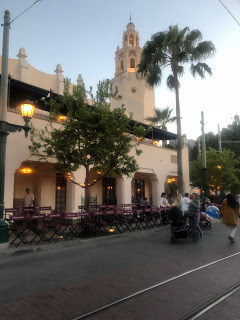 one last stop for treats to go, and then we headed home.  gotta love our quickie disneyland nights.
at June 11, 2018