not much going on

i'm just gonna go ahead and confess that i honestly don't have a damn thing to blog about today.  like, it's not like we haven't been busy...but it's a bunch of mundane everyday stuff that isn't really exciting to write about (or for you to read about!).  the bean has been enjoying her easy breezy summer vacation, which will last for another couple of weeks.  we just signed her up for a tennis camp nearby that'll get her out of the house for a few hours a day for a week.  and then she starts a fun science day camp with a couple of her friends at one of the local universities.  grandma camp is wedged in there for the week that she's got a break from cheer practice.  and then i've got her going to a local arts school for a drawing/art camp for a week before she gets another lazy summer break for just about two weeks and then school starts again.

phew. it's gonna go by so fast.

i've gotten to make some fun cookies, like these treats for a girl scout troop bridging ceremony: 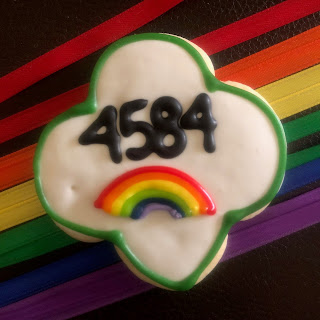 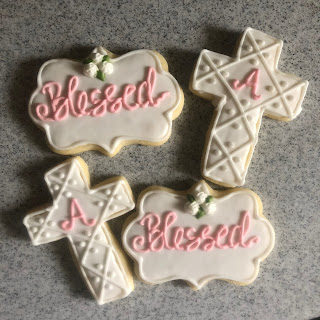 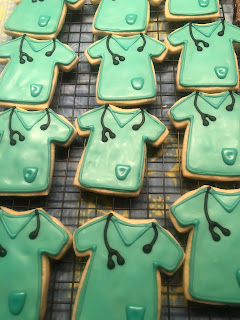 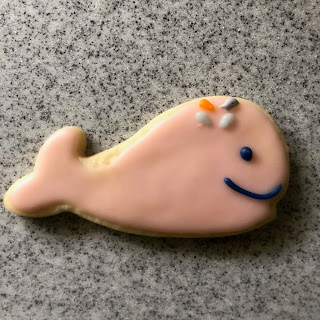 a thank you for a football fan of - hmm, i've already forgotten which team this was.  heh. 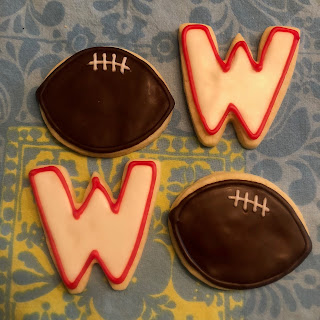 and some graduation party favors. 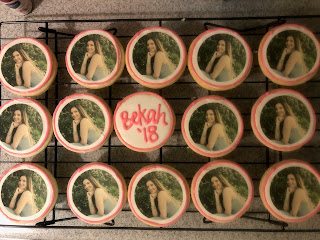 as for mollydog, she's kind of just hanging in there.  she has good days and bad days, and she spends most of her time curled up on the couch in her favorite spot like this: 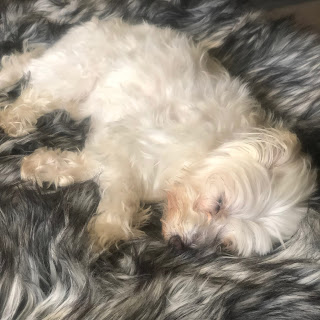 i'd noticed that she wasn't devouring her food like she usually does, which is never a good sign.  i was starting to worry that the end was near until the hub pointed out that i'd served her in a little bowl that she was having trouble getting to the bottom of.  oops.  so we started putting her food on a plate, and she's right back to hoovering it all up again.  we take her every other day for her doggy dialysis, so all of the staff in the animal hospital greets us by name when we walk in.  and she still perks up and joins in the conversation when she hears the local dogs barking at each other.  sometimes she jumps up and chases us around like she used to, and other times she barely looks up when we come in the door.  we're just kind of taking things day by day and showering her with lots of love every chance we get.

Email ThisBlogThis!Share to TwitterShare to FacebookShare to Pinterest
Labels: wan is a total bore