parading through the weekend

i think that the bean has taken part in the glendora christmas parade for like the last five years, whether it was riding on the truck with her school cheer squad, walking with our girl scout troop, singing in the school choir.  this year, she got to walk the route with her cheer team, dressed in full uniform and holding hands with one of the younger girls or doing stunts along the way.

we gathered together on glendora avenue early saturday morning, starting out all bundled up but finding that the bright sun warmed things up considerably despite the low (for so CA) temperatures. 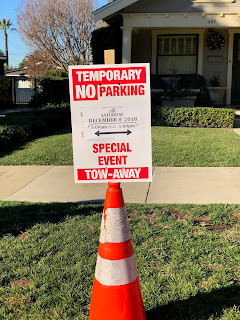 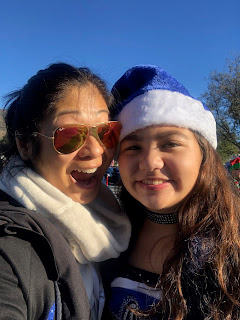 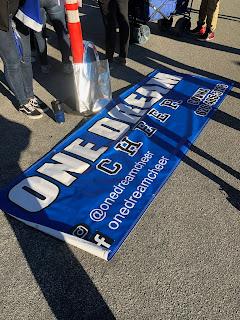 she found a handful of her friends there too. 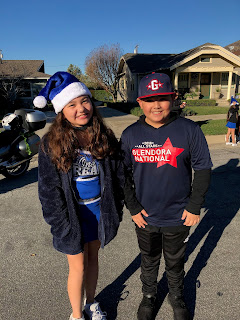 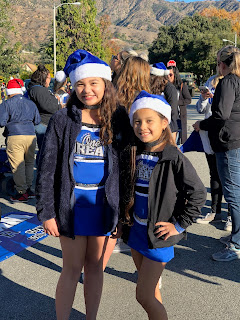 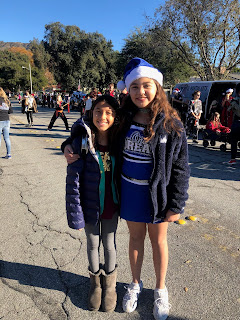 why does my baby look about sixteen years old here?  i didn't even put any makeup on her! 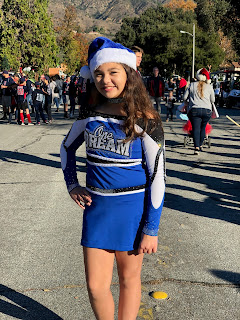 the helicopter came flying overhead, signaling the beginning of the parade. 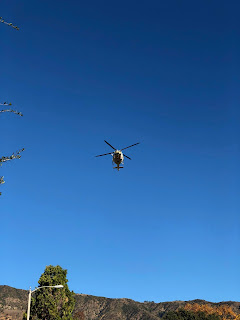 they took a group photo, and then i made my way back to the car to find a parking spot at the end of the route. 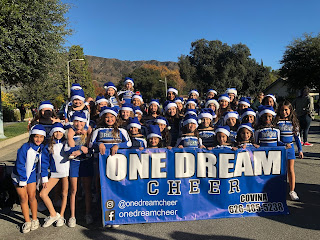 i managed to find a parking spot at the top end of the street that the girls would meet at when the parade came to an end, and then i walked my happy ass down to watch as much of it as i could catch. a local car dealership came by, promoting their "perfect attendance" car giveaway. 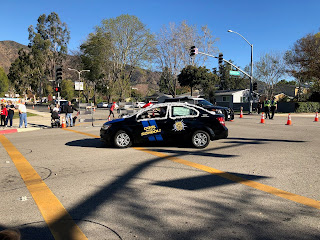 the girl scouts walked past, and i spotted a couple of the bean's friends in the group.  she could have chosen to walk with them too, but i knew she would want to walk with cheer. 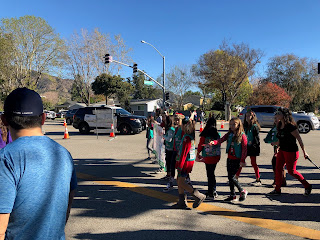 i was amused at the float driven by a local brewery: 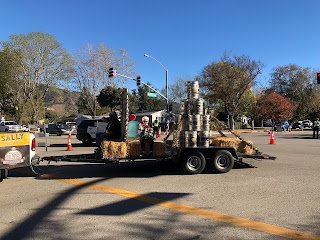 and of course, the jazzercisers who danced their way through the whole thing. 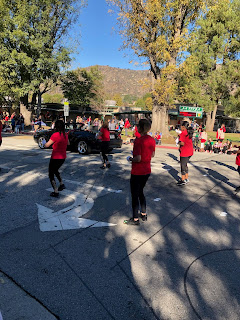 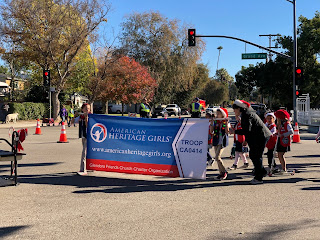 when i saw this group i knew my kid was coming soon.  these guys had gathered in front of us and proceeded to smoke like chimneys despite the large numbers of children who were practically surrounding them.  it was gross and unnecessary, and stinky to boot.  yuck. 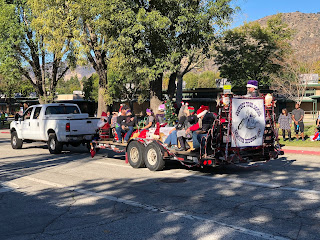 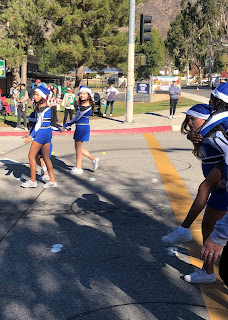 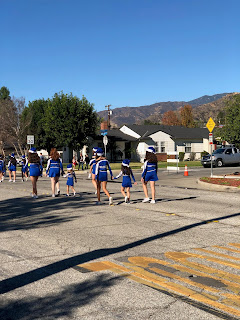 and once i picked her up it was a race to get home, have her eat something and still get to arcadia in time for her 11:30 orthodontist appointment.  it's time for phase II of her braces, and while i knew she wasn't excited for it i still managed to get her to smile for a "before" picture. 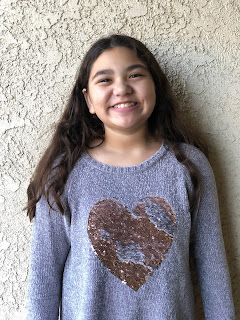 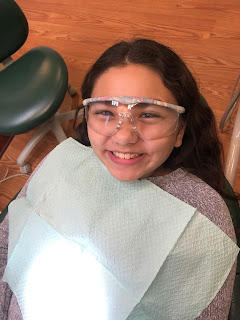 she chose, of course, to put red and green bands on for christmas.  and she looked instantly older again in my eyes when i looked at her with the braces on. 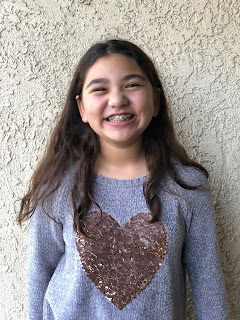 it's been about four days and i think she's finally gotten used to them again, and the discomfort has finally subsided.  yay for operation orthodontia!
at December 11, 2018

Email ThisBlogThis!Share to TwitterShare to FacebookShare to Pinterest
Labels: braces, parades are fun