sugar & stitches and creations by the bean in the house

it's been a week or so since our boutique debut.  both the bean and i had a really great time and found that our wares were pretty well-received.  it also helped that we had prime spots right at the entrance, which meant that most of the folks who came in to shop around saw us almost immediately.

i'd spent a solid month or so getting ready for it, sewing up as many pieces as i could, still finishing up a few things the morning of the boutique.  the bean was a little less frantic, whipping up just two of the four different varieties of slime she was planning to sell.  the good thing about selling slime, though, was that she could easily pack up all of her supplies and make it right at her table and call it a "demonstration."  heh.

my inventory had quite a bit more variety, as i tried to guess as to what kinds of things would appeal for folks who were doing some christmas shopping as well as browsing for themselves.  i made five of these fun little christmas gnomes: 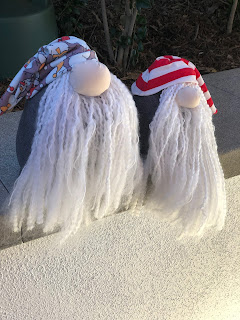 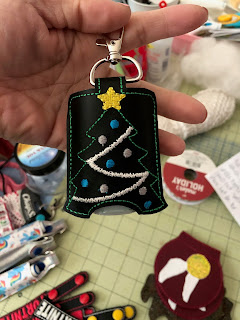 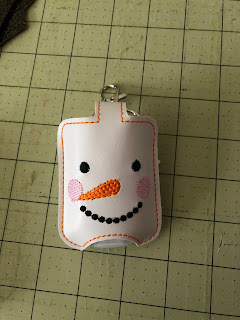 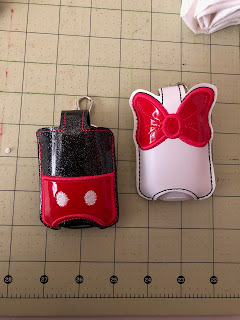 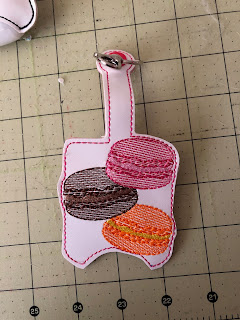 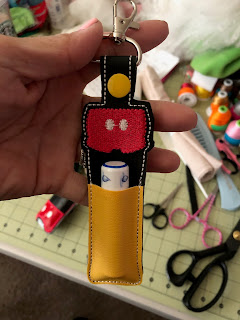 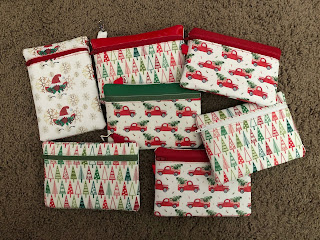 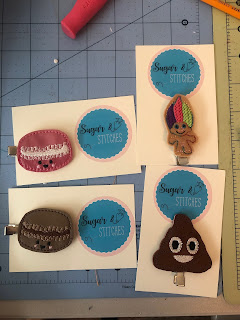 keychains with designs that i hoped would appeal to the kids: 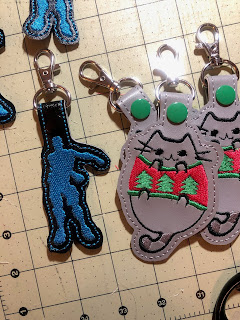 and a last-minute addition that i thought might be of interest to someone. 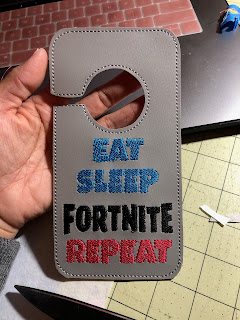 i thought it would be kind of fun to offer customized banners like this one: 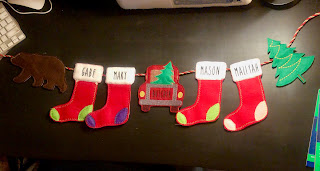 and to fulfill the "sugar" part of my name, i busted out a few dozen of these cookies that i sold for $1 apiece. 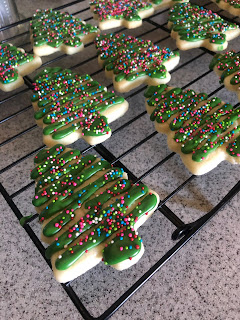 that morning, i fired up the heat press to create banners we could use on our tables: 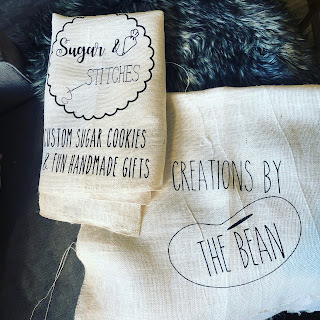 and then we packed up all of our stuff into the car and headed over to the school, giving ourselves 45 minutes to get everything all set up.  it took the bean almost no time at all: 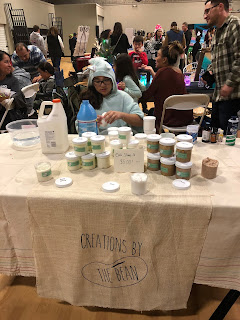 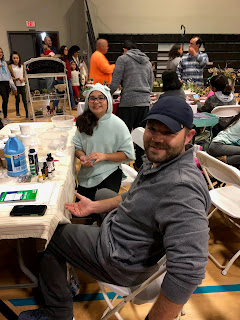 thank goodness the hub was able to stay for a bit, because once we were set up and the doors were open the bean's table was quite the center of activity.  slime remains a huge draw for the kids, which is pretty hilarious. 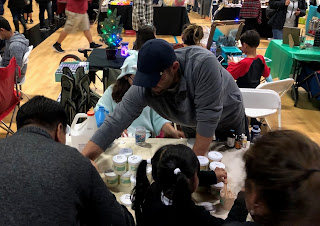 later, when the hub had to head out for an event at the cigar lounge, the old lady and her special friend arrived to take his place as her backup. 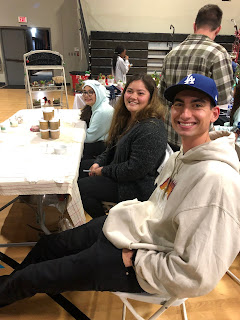 i didn't even know how i was going to set my table up, and i totally winged it.  it turned out pretty nicely, though: 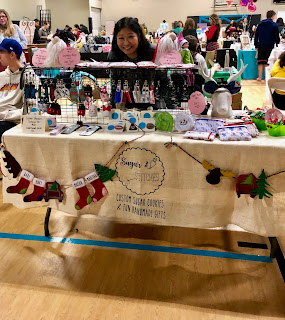 the elf sweaters were a big hit: 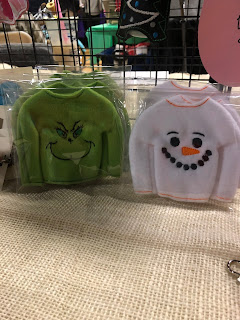 while my little collection of fortnite-inspired items and the hair clips i'd put together as an 11th-hour addition didn't fare too well. 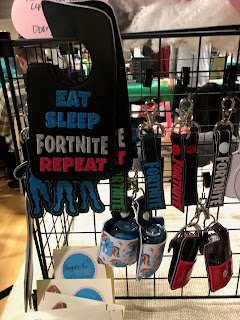 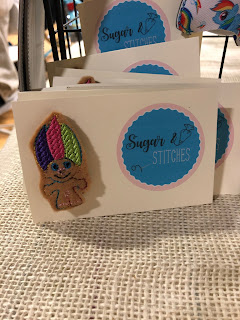 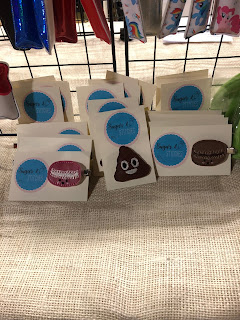 almost everything harry potter-inspired i'd stitched together sold.  the crossbody bags went over really well too.  and while i didn't sell out of them, the hand sanitizer cases were popular as were the lip balm holders.  and it helped that i'd picked up one of these: 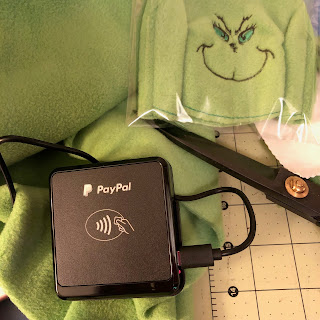 that little gadget allowed me to accept credit cards and even apple pay.  pretty snazzy, eh?

the bean ended up selling $120 worth of slime, completely selling out of her "dole whip" and "snow" and just a handful of the gingerbread and churro flavors left over.  i think i managed to sell about $300 worth of goodies, which i'm gonna call a success, and while i've used a few of the leftover pieces as quickie christmas gifts i'm kind of itching to sign up for another one of these little handmade boutiques.  it was a lot of fun, and i'd had a blast sewing up all of the inventory.