switching it up for christmas eve

for the first time in a lot of years, we joined my family for their annual christmas eve party.  cousin seven, who had been put in charge of this year's gathering, was excited to see us, as was my mom (who had also not attended the party in quite a long time).  we somehow managed to be the very last to arrive, and as we made the rounds of hugs and hellos, the bean happily found a spot on the couch with her homies. 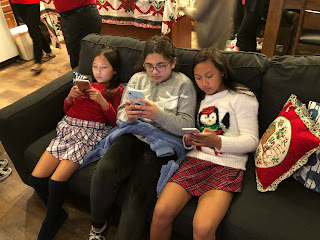 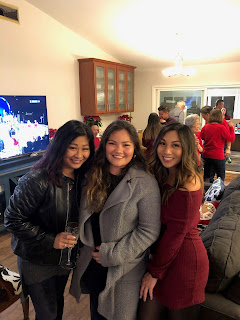 for our contribution to the potluck, i'd thrown together a nice big charcuterie tray that i was pretty proud of.  lots of deliciousness arranged rather nicely on a new board i'd found at target just the day before. 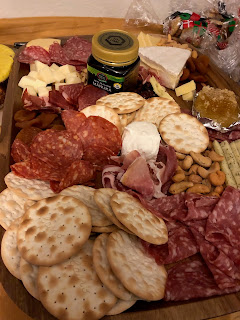 as soon as the first round of eating was done, everyone settled into their respective corners.  while the younger generation made themselves comfy in the enclosed back patio, drinking and playing games: 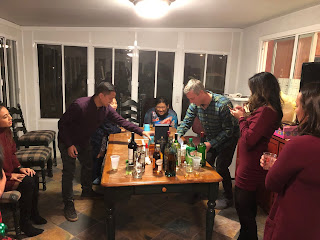 the elders hung out in the living room karaoke-ing away. 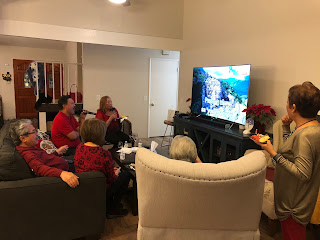 i was super amused to see the bean and her cousins join in for a round of mariah carey (as was the hub, as you can see from his faces here): 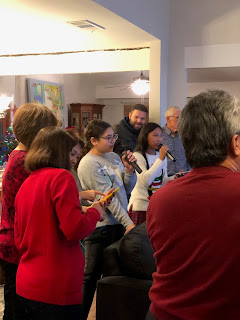 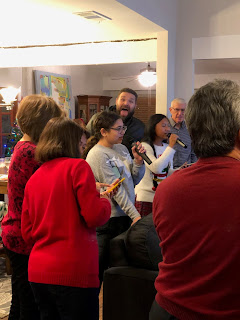 and then she and the girls joined us in the back for some fun games.  the older cousins were playing some drinking games, but welcomed the girls happily into the fold (sans shots, of course). 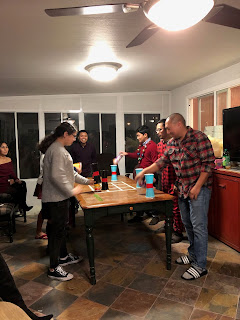 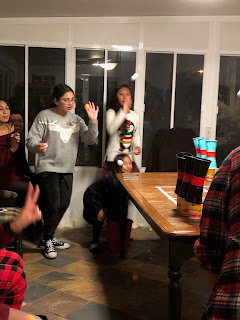 the bean and i were first-time oven mitt game participants, and it was hilarious.  if you're not familiar with the game (as we were), you have to try and open this package while wearing oven mitts as the person to your left is furiously rolling a pair of dice, trying to roll doubles so that they can take those oven mitts away and have a crack at getting into the prize inside.  the packages were wrapped tightly with lots of layers of packing tape and wrapping paper and more tape and more paper, and it was really fun. 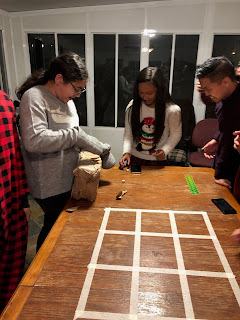 photos with my mom, and another incomplete "four generations" shot since the old lady and her special friend had had to leave early to head to her dad's for their christmas celebration. 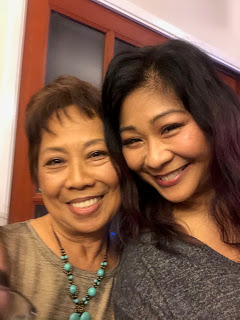 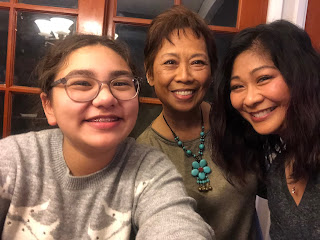 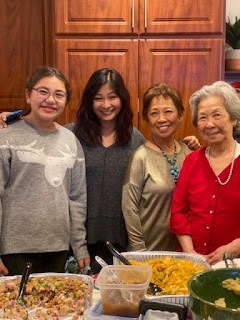 and before the white elephant gift exchange, a quick selfie with the hub. 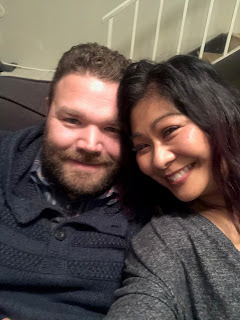 everyone had been instructed to bring a $25 gift for the game, and i was super amused to see the hub roll in with his very own gift that he'd put together himself.  gotta love his wrapping job: 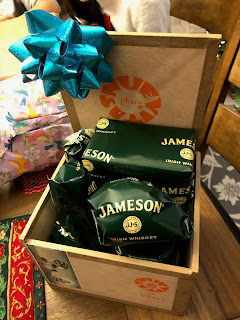 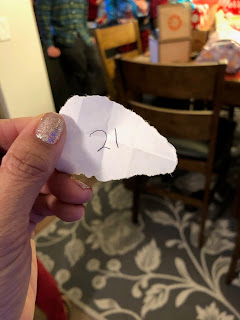 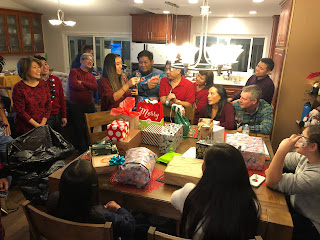 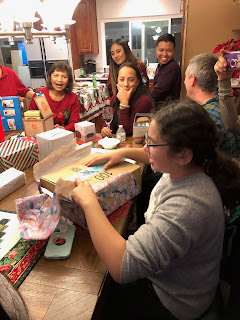 cousin seven had opened this ridiculous-looking item - a double fan attached to a band that you wear around your neck.  while most folks laughed and/or scoffed at it, i happily stole it when it was my turn.  can you imagine how great this will be in the dead of summer while walking around disneyland?  oh yes.  i'm totally gonna be that person. 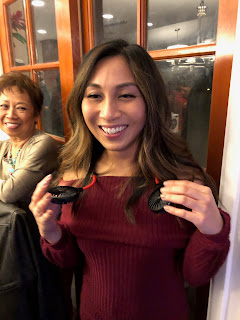 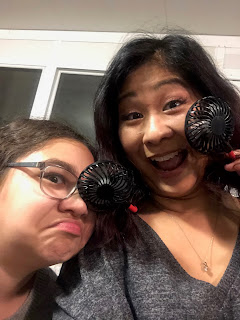 we hadn't gotten in on the regular secret santa gift exchange that they always do at midnight, and so around 10:30 we made the round of hugs and goodbyes and headed home.  i still had presents to wrap and a few things to get done at home before i could get to bed, not to mention dressing all three dogs in their pajamas to match the rest of us. 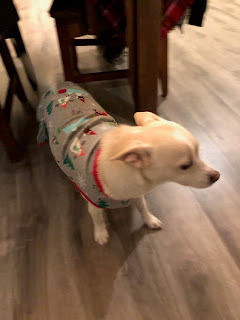 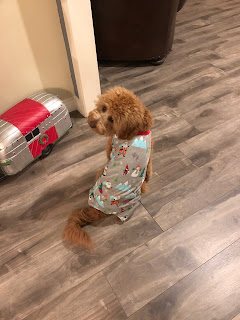 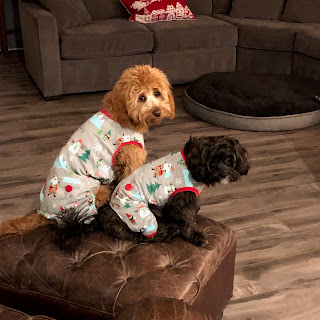 just before she turned in for the night, the bean remembered to leave a little something for santa: 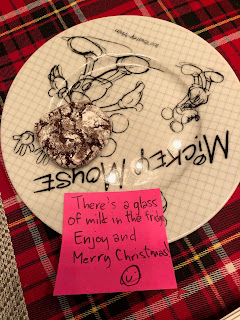 the old lady and her special friend got home not too long after that, and she helped me get everything out and under the tree. 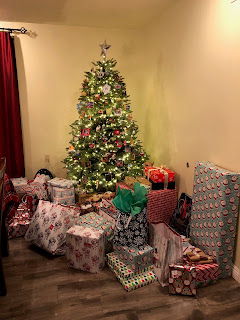 it was probably somewhere close to 1:30 when the rest of us finally got to bed - which is actually pretty standard anyway.  being santa's helper is hard work, man.
at January 02, 2020

Email ThisBlogThis!Share to TwitterShare to FacebookShare to Pinterest
Labels: family bonding, it's beginning to look a lot like christmas