with a big cheer competition coming up this weekend, the bean and her team have been practicing non stop to perfect their routine.  this usually means we're heading out to other gyms in the area that are bigger than the one that the team currently leases.  this also means i've been getting to explore areas i don't typically spend a lot of time in, because often it's not worth going all the way home only to turn around in an hour to pick her back up.

this weekend, the hub and i decided to take her to haven city market in rancho cucamonga for lunch, just around the corner from the gym they were practicing in.  it reminds me of those food truck gatherings we used to visit, minus the trucks.  i've been here with the kids, but he hadn't visited it yet and was interested to see if there was anything good in there. 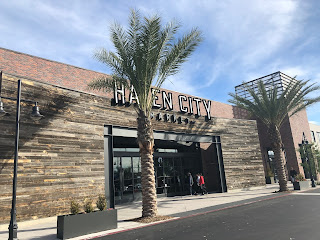 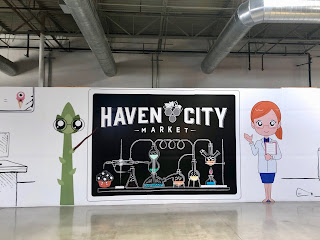 when we walked in we passed an ice cream shop that featured this super instagrammable neon sign: 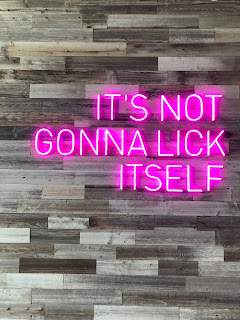 and yes, of course i posted it.  because remember...lemming.

i decided to try this place, ordering one of their classic shrimp rolls with a side of mac & cheese and some hard lemonade. 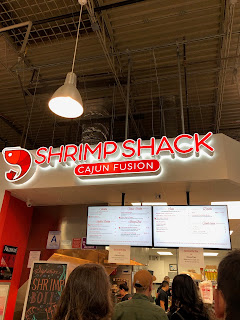 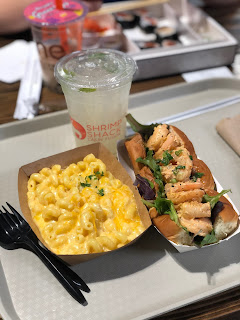 i managed to get my order in before the line got really long for it.  that's always a good sign, and as i took my first few bites i could see why.  the shrimp was perfectly cooked, dressed with a really tasty sauce and mixed greens atop sliced hawaiian rolls.  the mac & cheese was perfectly seasoned and wonderfully cheesy, just the way it should be.  and the hard lemonade was light and refreshing.

the bean, of course, made a beeline straight for sushi. 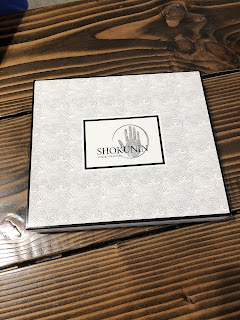 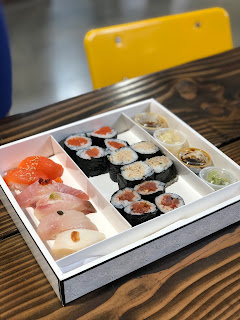 as for the hub, he opted for a box o'wings with various seasonings and dipping sauces. 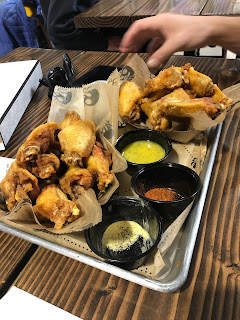 while rancho cucamonga is a little out of the way for us on a regular basis, i'd be down to come back here when we happen to be in the area.  there were a handful of other vendors i'd like to try, with more "coming soon" signs on a lot of the empty spaces.  or i'd just get another one of those shrimp rolls.  it'd be a win either way.
at January 21, 2020

Email ThisBlogThis!Share to TwitterShare to FacebookShare to Pinterest
Labels: food is fun