'cuz you gotta have faith

cheer competitions always hire professional photographers who get shots right up on stage from different angles and then you can buy the photos on a flash drive.  they're not cheap, because nothing is, and so most teams usually just buy the drive and split the cost amongst the parents who want copies of the pictures.

i was a little bummed as i scoured through the photos from this last competition because since the bean is mostly in the back this year, there were only a few shots that i could actually see her in.  i could see a glimpse of her, but most of those pictures either didn't show her face or were out of focus.  bummer.

at least they take great group shots - including silly faces.  she's in the back row, second from the left. 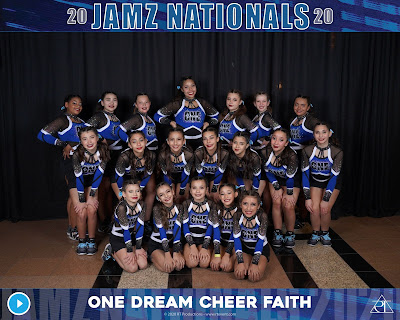 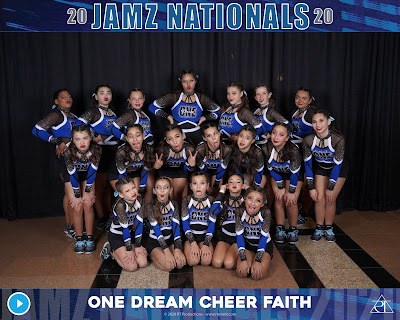 and these are the best action shots of her i could find out of the whole set. 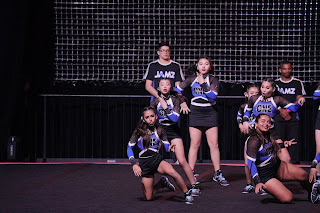 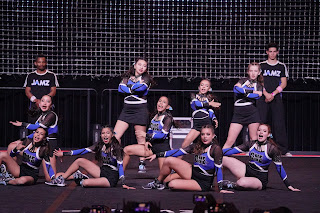 their uniforms are really cute, and she loves that they aren't doing those crazy teased ponytails anymore.  those french braids are much easier, and she's extra excited not to have to sport the heavy hairpiece anymore.  we've got a couple more competitions coming up and they're reconfiguring the routine so i'm hopeful that maybe she'll be a little more visible next time around.