getting back in the game was easier than i thought it would be.

and lucky for me, there's a coffee bean just across the street from my new office! score! but, true to our downsizing/saving vow, i'm restricting myself to a once-a-week treat. CBTL's stuff is so much more delicious than starbucks, so i'm pretty excited. see, it's the little things.

when i pulled in, i was amused/impressed at the car parked next to me. 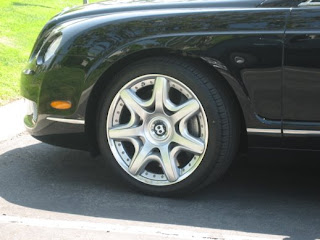 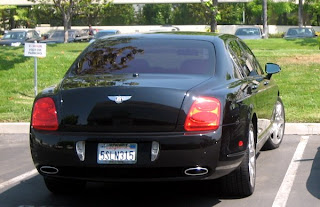 of course, my little 4-hour-a-day gig won't get me a bentley, but it's cool to park next to one. heh. for the price of one of those things, i could have more than half a dozen pri-yes..es (pluralizing that is a little tricky).

the job itself is cake. i almost feel like a thief accepting the pay for what i'm doing. of course, it's a new office and everything is new and not quite set up, so i'm not exactly stepping into a well-oiled machine or anything, but i like it that way. i can set things up and get it all organized my way, without having to redo anything. sweet! 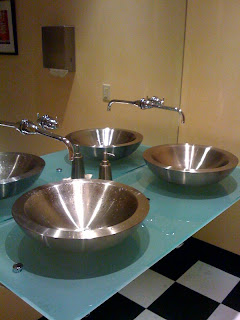 i would be lying if i said i didn't miss the bean every nanosecond i was gone, though. as soon as my four hours was over, i was speeding home (not caring that i was killing my super duper average mpg) and walked in the door just as MIL was picking her up from a nice 2-hour long nap. excellent! it was an easy morning for them both, and now she was ready to play with me. so when MIL left, i packed her up and we went to the park. 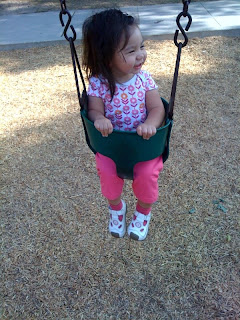 i think that the few hours i'm separated from her only makes me appreciate our time together more. so this part-time-work idea looks like it's going to be a good thing...for a while, anyway.

i forgot to share a few fun pics from over the weekend. after an hour of playing at the park, we went to barnes & noble to look at books. her favorite these days is the very hungry caterpillar, and she was entranced by this giant version of it: 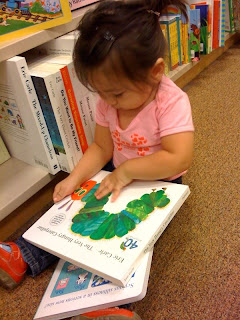 it's almost bigger than she is, yes?

while perusing other books, she found a stuffed caterpillar that went with her favorite story. 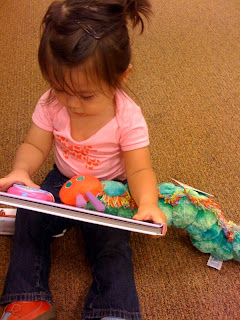 when she was over the books, we trotted over to the DVD/CD section, and she listened to some music. 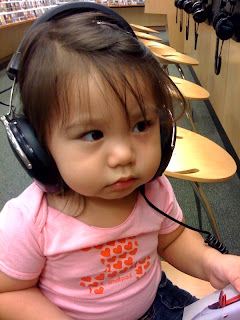 and this is totally unrelated, but i think it's funny - the grizzly cafe, which is where we go for dinner out up in wrightwood, is half-cafe, half gift shop. the shop is crammed full of all sorts of knick-knacky shit. you know the kind of stuff i'm talking about. and while we waited for a table, the bean decided to go check things out. do you love the hat? 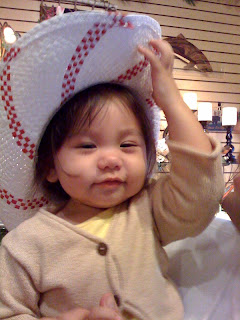 Email ThisBlogThis!Share to TwitterShare to FacebookShare to Pinterest
Labels: caterpillars are cool, wan's got a J-O-B