so we tried to take the bean for a haircut a couple of weeks ago, but it ended in disaster. she'd just woken up from a nap and absolutely refused to sit down on one of the fun animals at the specialty kids' cut place we've taken her to before. 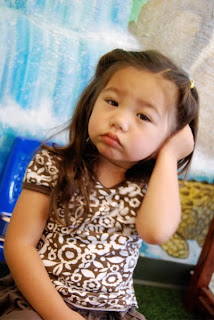 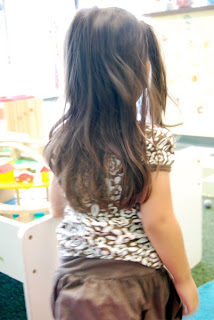 not to mention, there's an episode of "the upside-down show" (which she loves) called "barbershop," and for some reason, she's terrified of it. so you mention "haircut" and she's already shaking her head and walking away from you.

but today, i'd timed it well - she's at her best pre-noon - and i MIGHT have bribed enticed her with the promise of a lollipop. um, and maybe some ice cream, too. so when we arrived here: 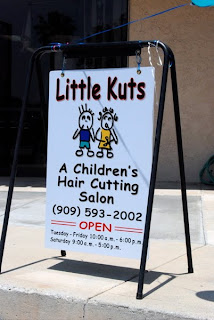 she was feeling pretty saucy and ready to go. the before (you'll note that head-tilt in quite a few more pictures, i don't know where she gets it): 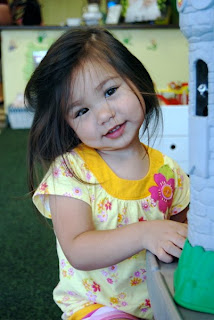 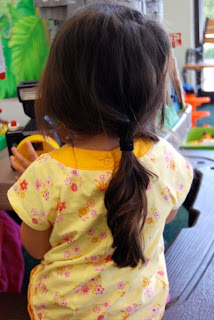 she decided to turn the tables on her mommy like her sister had done before: 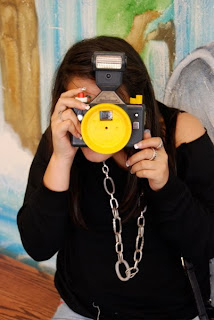 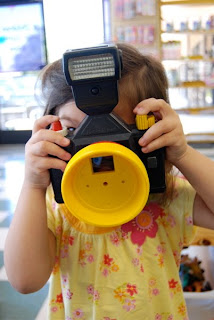 i'd also promised her that she could sit in my lap while her hairs were getting cut. the stylist was really nice, remembered us from the meltdown the week before, and was more than happy to drape a cape around both of us as she got to work. a basket full of toys to play with helped distract her, too, and in no time we got up to find this on the floor: 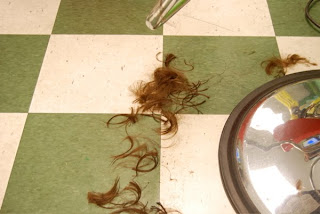 she happily posed for me (blogger is being a pain, i don't know what's up with this freaky formatting): 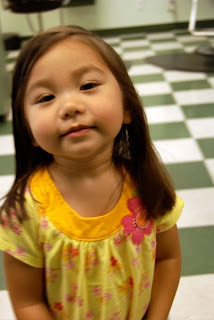 and picked up her camera again. 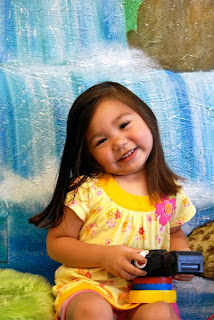 gave me her fabulous frown: 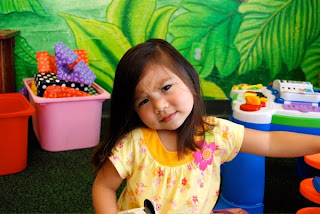 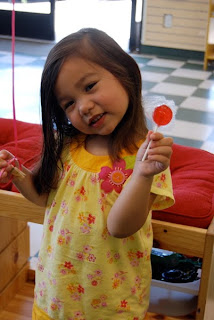 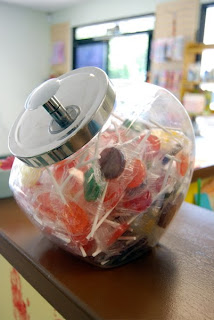 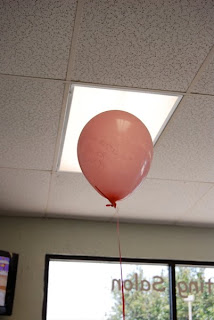 and then played for a while with the zillion toys in the waiting area. 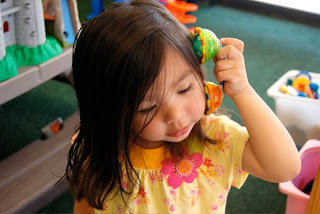 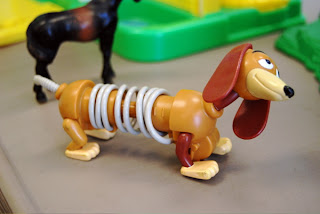 she liked this vacuum then and now. 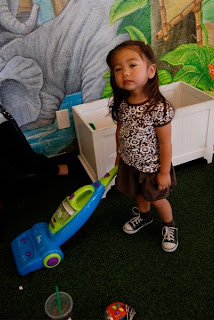 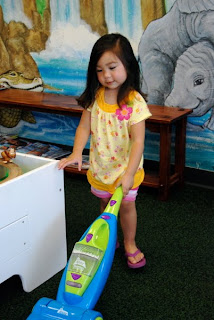 i was pleased at the successful trip, and the hub and the teen both loved the new cut. yay!

later, for dinner, i decided to test out a different recipe for homemade flour tortillas. the ingredients were pretty similar, but the process was a little different - allowing the dough to "rest" a couple of times before cooking. this was obviously the key, as i ended up with much less sticky stuff to work with this time. 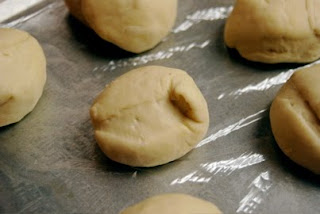 and it was much easier to roll out, too. still not perfect circles, but i like to think that the imperfection of homemade goodies adds to its charm. heh. 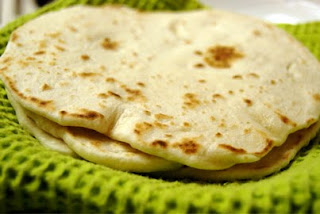 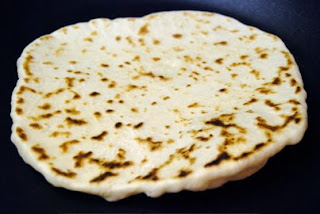 Email ThisBlogThis!Share to TwitterShare to FacebookShare to Pinterest
Labels: the bean gets a new 'do, yummy tortillas