getting away from it all

with the ILs in town, we'd originally planned on finding a beach house down in newport beach to spend a few days together, relaxing and bonding.  except of course, by the time we'd decided to go that route there was nothing available for our dates aside from luxury homes starting at about a grand a night.  uh, no.  and the few properties we did find that were available and willing to rent for several days rather than a full week were still way out of our budget.  bah.

instead, we ended up heading north to cambria's moonstone beach.  we've come here before, during trips to see the famous hearst castle, and really loved the area.  via priceline, we scored on rooms here: 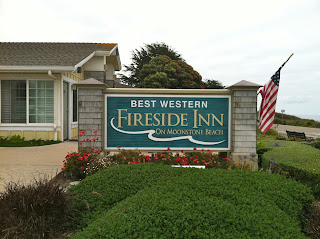 it's known as one of the very best hotels in the whole best western chain, and with its location right across the street from the beach, it was lovely.  although i never did get around to taking pictures of the room, we had a good-sized space with a fireplace and flatscreen tv.

the bean was excited to head over and check things out. 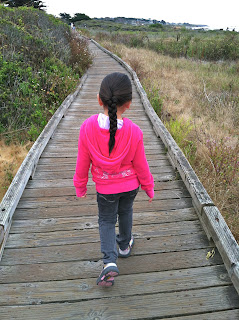 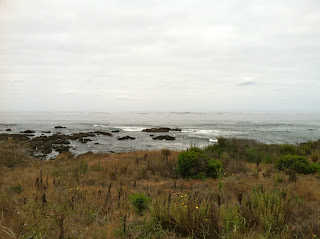 as we walked along the boardwalk that stretched out for about two miles (perfect for a run!), we encountered lots of squirrels.  but these were like no others i'd seen - they were obviously well-fed by tourists from the many hotels that were sprinkled along the coastline. 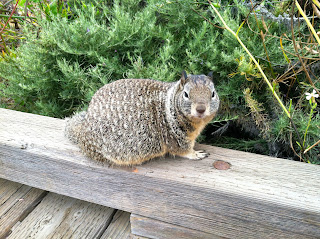 and we got to see some of the seals, too!  it's a little hard to see them on the rocks, but they're there - and the bean named them louie, huggy, and zebra. 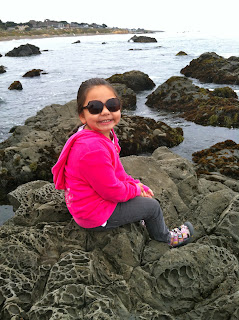 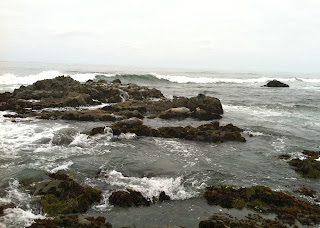 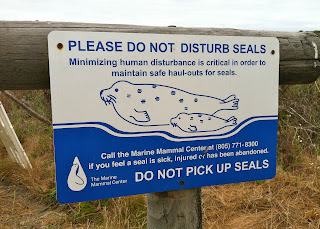 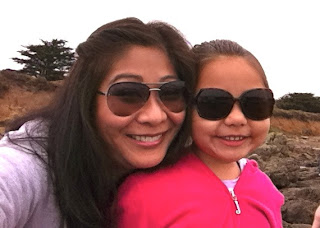 for dinner, we headed into the east side of the village. 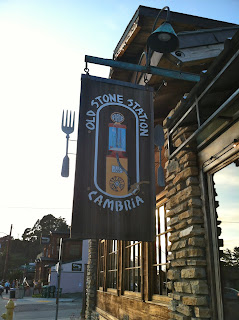 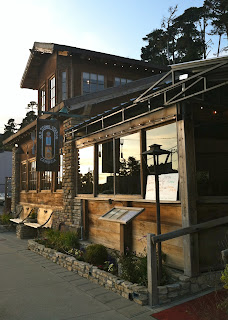 the food was good, service friendly, and the teen and i got a kick out of the funhouse mirror in the restroom. 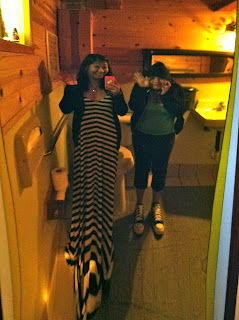