most folks have heard of hearst castle, the ginormous estate built by william randolph hearst in san simeon.  we've actually been there a few times, choosing a different portion of the house to tour each time (the property is so vast that there are several different ones to pick from).  but a lot of people have never heard of nitt witt ridge - essentially the polar opposite of hearst castle, located just up the street from where we were staying.

back in the 20s, this dude who served as the town's trash man managed to scoop up a couple of acres along a hillside in cambria.  and then he spent most of the next 50 years building this crazy ass house using just a pick and shovel and all sorts of shit he picked up during his trash collection around town.  he took advantage of natural materials, crap that washed up along the beaches, and rumor has it that he even swiped some stuff from hearst castle.  he passed away in the early 90s, and then a handful of years later, a couple bought the property, fixed it up a bit, and opened it up for tours.

folks who see this place typically find themselves either fascinated by what this eccentric man created, or turn their noses up at it and deem it a pile of worthless garbage.  i bet you can figure out which side i was on, and what the hub thought of it.  what do you think? 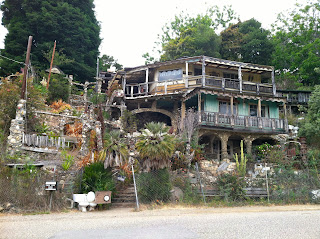 and as i stood in front of it to take that picture, i glanced down and couldn't help but follow the simple instruction. 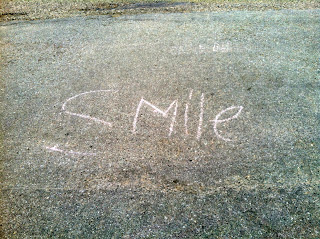 since no one actually lives here anymore (in fact, i hear that the owners left the place exactly as it was when the original owner died - with his ratty clothes still hanging in the closets and everything), tours have to be scheduled in advance. 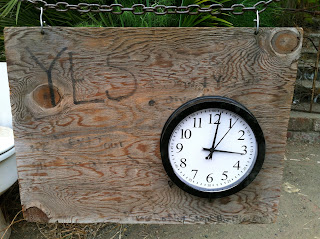 haha at "please do not steal the clock" in faded letters along the bottom.  and despite the fact that his neighbors despised having this thing in their fancy oceanside neighborhood, it's safe from demolition because it's been declared a california historical landmark. 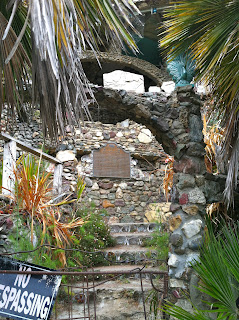 with the bean snoozing away in the back seat a few minutes after we pulled away from nitt witt ridge, we headed down the highway for a nice scenic drive.  along the way, we passed the city of harmony, population 18. 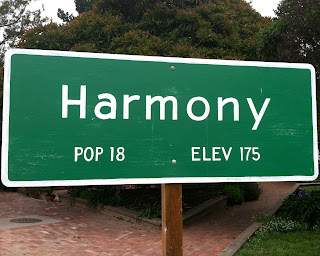 a bit further down, we found ourselves in cayucos, a cute little beach community i'd only really heard of because i'd had to book my boss' vacation rental here every summer.  but because it'd been featured in the AAA magazine a few months back, i knew there was at least one stop i wanted to make there.  and of course, it was food-related. 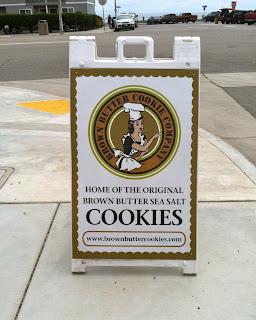 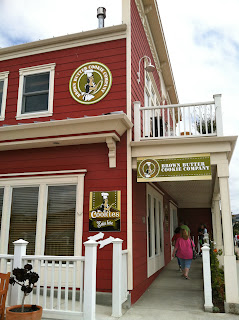 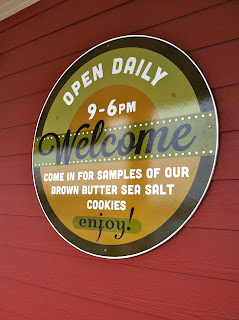 you're shocked, i know.  and their little shortbread-y cookies were worth the trip.  i scooped up a few different flavors and then we headed back up highway 1.  views like this remind me of how much i love living in california: 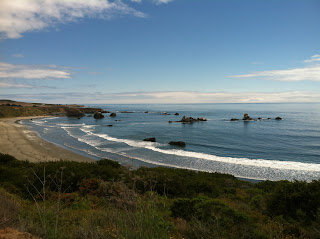 when we got back to the hotel, it was time for a little fun.  luckily, the sun finally made an appearance - which had the bean clamoring for a bit of pool time. 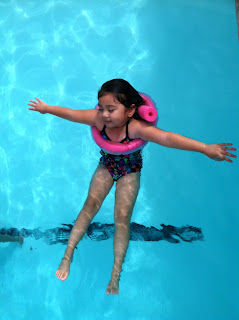 i got to soak my sore muscles in the hot tub. 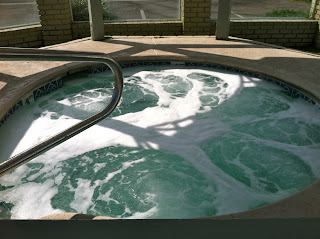 a little dinner in town and that was the end of another day in sleepy ass cambria.
at July 26, 2012