there's a day for everything

did you know that there's a "national fried chicken day"?  yeah, me either - until last week.

except that i was too lazy to actually make some on that day, whichever one it was.  frying chicken is always such a pain in the ass, and i wasn't feeling up to it.  all that hot oil and splattering and then smelling it in the house for days afterwards...i have to work up to that task.

so on saturday, in between a gazillion make-up classes for the bean's dance and gymnastics, i found the recipe i wanted to try: williams sonoma's buttermilk fried chicken.  it only took a few minutes to throw together the buttermilk mix for the brine, and i popped it into the fridge to let it marinate for about six hours or so.  looks tasty, huh?  not. 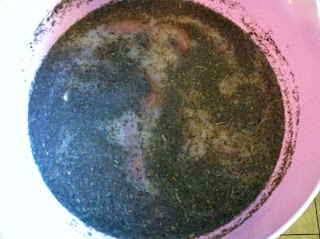 after a quick toss in the flour mixture, into the hot ass oil it went. 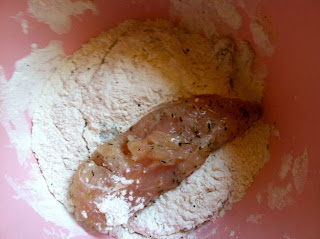 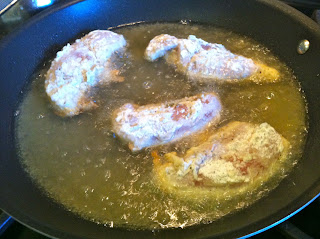 i tried to make it somewhat healthy by making a simple green salad to go with it. 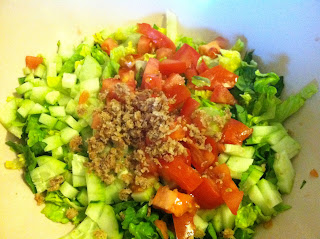 plus i used fat-free half and half for the gravy, and then served it up with some brown rice.  now it's gotta look more appetizing, yes? 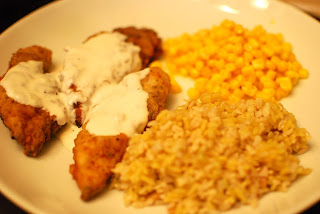 i gotta say, it was damn tasty.  the spices in the brine made it even better than my beloved mrs. knott's chicken dinner.  next time, i've gotta remember to make that cabbage and ham to go with it.

Email ThisBlogThis!Share to TwitterShare to FacebookShare to Pinterest
Labels: adventures in cooking, deep fried anything is good