a couple of weeks ago, i found this delicious-looking recipe via pinterest (of course).  and then my dear friend lilcee's birthday was last weekend, and so i decided it was the perfect time to give it a shot.

first, i made some salted caramel sauce using this recipe.  i typically avoid recipes that require melting dry sugar in a saucepan, because - well, issues.  it's a total pain in the ass.  but i figured i'd give it a shot, because the rest of the process looked really easy.  plus, it gave me a chance to use some of this precious stuff: 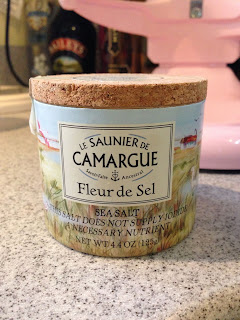 here's the rest of the ingredients.  simple ingredients, but super rich, yes?  look at all that butter!  and full-fat cream!  yowza. 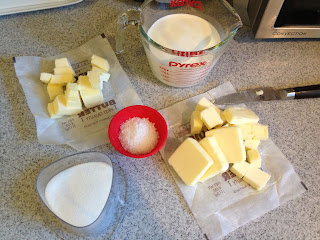 so i dumped a couple of cups of sugar into my saucepan and turned into the whisking nazi - i didn't leave that shit alone for a second.  it took a couple of minutes before it finally warmed up and started to clump. 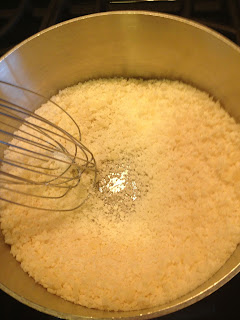 more whisking led to this. 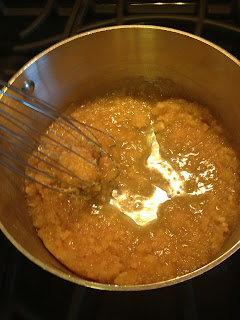 to pass the time (whisking is boring, yo), i watched a movie.  yup, that's definitely "pitch perfect" on my ipad.  don't judge me. 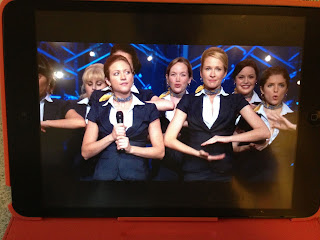 and then, finally - this: 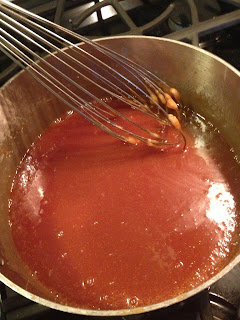 after stirring in the butter and cream, i was a little concerned that it was so runny and not the lovely thick caramel sauce i'd been expecting.  but i set it aside and let it cool while i worked on the cookies.  i'd splurged and bought some ghirardelli bittersweet chocolate chips to make sure they turned out just right. 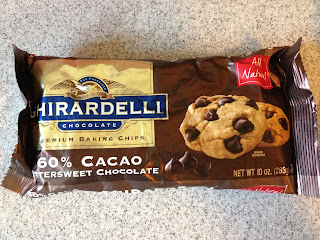 into the bowl with more butter they went. 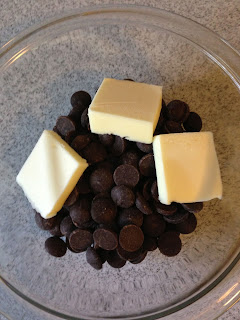 it only took a couple of 30-second intervals in the microwave to get it all melty. 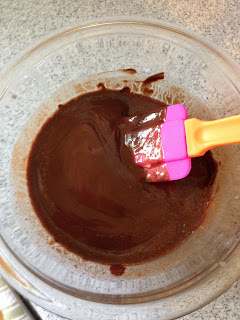 more ingredients into the mixer. 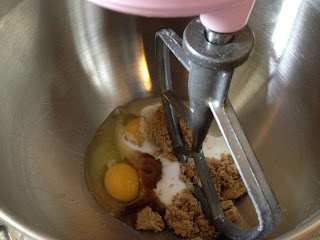 the batter thickened up after a 10-minute rest in the bowl, and it scooped out nicely. 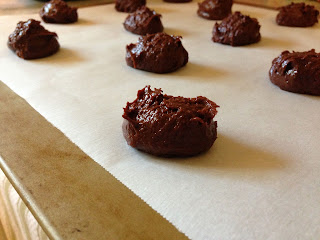 nine minutes in the oven and they came out puffy and pretty, making the house smell really good. 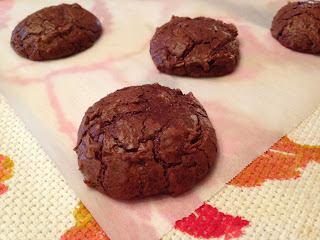 as i'd predicted, the caramel sauce had thickened up considerably as it cooled.  and there's a lot of it.  i have two jars full of the stuff even after using some for the cookie filling - a simple buttercream with a generous dollop of salted caramel sauce stirred in. 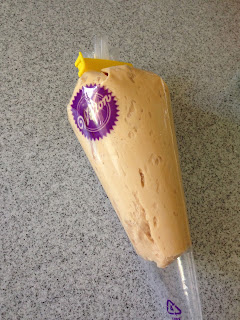 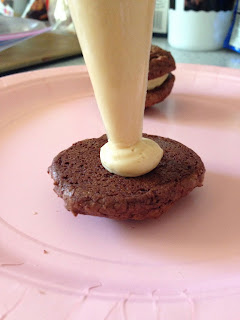 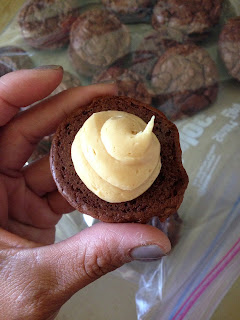 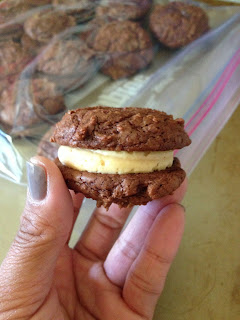 look at how pretty they came out! 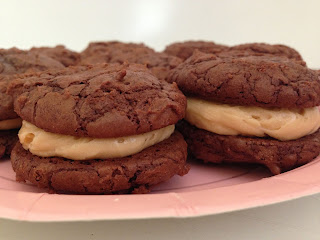 the recipe warned me that these things were rich.  it didn't lie.

i made up a plate of them to take to lilcee's, and although i haven't heard as to how she liked them, i've at least talked to her.  so i know she hasn't gone into anaphylactic shock from the sugar rush or anything.