we're goin' back, back to school again

the bean's first day of "real" kindergarten came all too quickly. summer really flew by at an alarming rate, although i guess having her attend summer school made it seem even shorter. i totally thought i was being all breezy about school starting again, but as the big day got closer and closer i started feeling a bit...melancholy.

with the teen's help, we managed to check off all of the items on the school supply list and get to the uniform store to pick up the bean's new wardrobe. it was a lot easier to get through it this time around, having learned from my mistakes during our rookie year. and to the bean's delight, we scooped up a new backpack, lunch bag and thermos adorned with her obsession of the moment - my little pony.

realizing that this was my only chance to start some fun traditions for the annual back to school process, i turned to pinterest for ideas. i'd come across a handful of super cutesy pins that my sappy ass loved, and i went hunting for supplies around the house. i spent less than five minutes outside with this: 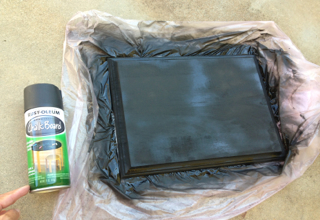 this stuff is my new best friend. i kinda want to turn everything into a chalkboard now.

i would've loved to take her on one last pre-school disneyland outing, but the timing didn't work at all. instead, we just hung out at home, playing in her room and getting some quality time together. after an easygoing summer with no schedule or rigid nightly routines to follow, it was a little tough to get back into the groove.

as i often do on days like this, i woke up even before the alarm went off. i tiptoed around the house, gathering things together, pulling supplies out, and getting this ready: 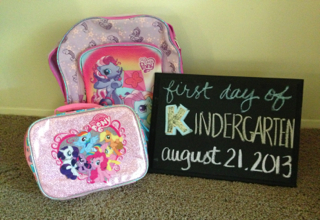 when it was time, i crept into her room and snuck this: 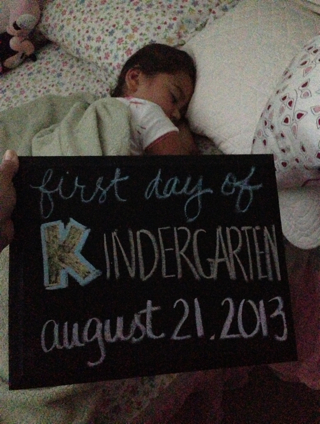 while she attempted to wake up and drag herself out of bed, i went into the kitchen to make her some breakfast and pack her lunch. 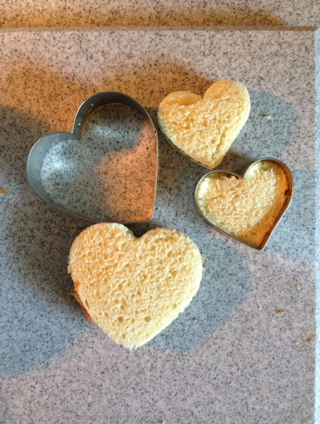 poor little thing, she somehow developed a dry cough over the last couple of days. she wasn't sick, but she couldn't seem to shake it off. still, she smiled and posed for me after admiring my handiwork.  also, i may or may not have looked at last year's first day picture to make sure i duplicated the outfit.  heh. 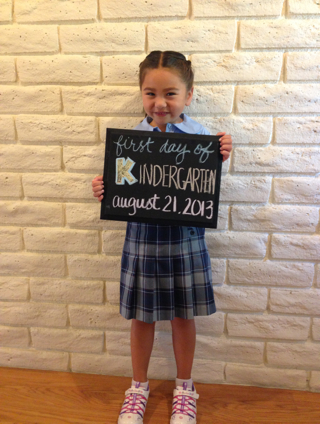 parking was at a premium this year. it was crazy - we had to park down the street and around the corner. i didn't remember it being this crowded last year. and there was a big balloon arch at the entrance to welcome the students back to school. 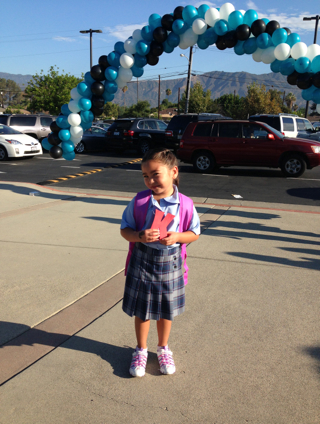 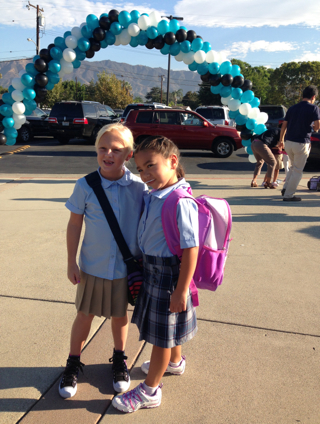 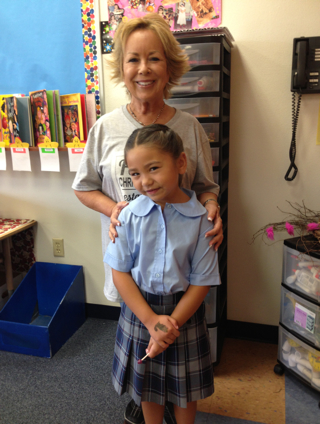 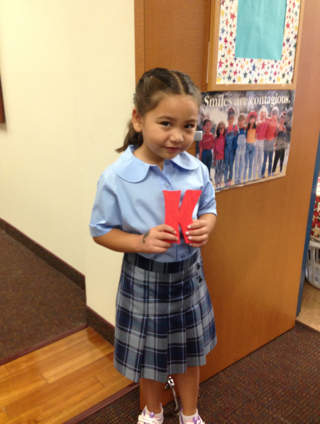 as she joined her classmates outside for the morning lineup, i had to have at least one shot with her. 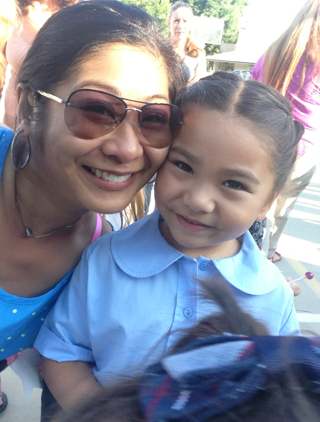 with a wave and a smile, she went in to start her first real year of school. 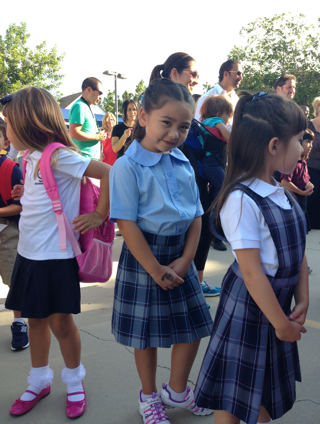 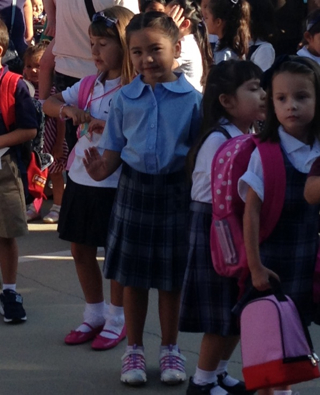 guess what? i didn't cry! are you so proud of me??  and i was in such a good mood, when i got to the window at the starbucks drive-thru i told the barista that i was buying coffee for the person in the car behind me. that was fun.

when i picked her up, there was a little surprise waiting for her. 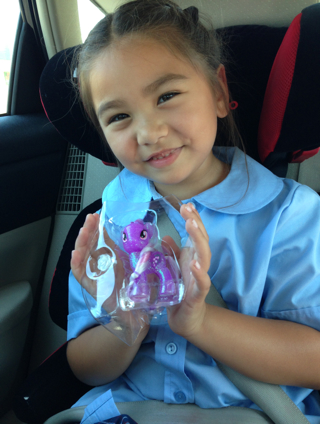 from what she tells me, it was a pretty fun first day. she found a few of last year's classmates in her class and made some new friends. it's definitely different this year - there were only 9 of them in the transitional class, but now she's one of 24.  yikes.

but i'm not too worried. she's got all that confidence she gained from last year, so she knows the ropes pretty well. and it was lovely to hear some extremely positive feedback from her new teacher as she helped her climb into the car.

back to school night was just a few hours later, and i've already volunteered to be one of the room moms, classroom photographers, and field trip chaperones.

Email ThisBlogThis!Share to TwitterShare to FacebookShare to Pinterest
Labels: the bean goes to schools