i spent the night with JT

i got mad love for JT.  even though he went off and married that jessica biel chick last year.  it's okay, justin.  i'm married too.

and so when the "legends of the summer" tour was announced earlier this year, i'm thinking that the squealing you heard was probably coming from my house.  well, and from my friends lilcee,  dailygluttony, and kelley too.  the email chain between us discussing our plan of attack for securing tickets to the show at the rose bowl was fast and furious (ooh, paul walker).  this was in february-ish, and july seriously couldn't come fast enough. 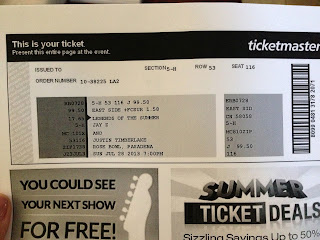 because dailygluttony decided to upgrade her seats along with a friend of hers, i managed to snap up her ticket in our group for the teen.  sadly, kelley had to back out for some little reason like - oh, i don't know - moving out of her house.  boo.

after dropping off the bean with mr. lilcee and mini cee, the teen and i met up with the rest of the group for dinner at an old favorite spot - la grande orange cafe.  don't ask me why she ducked out of the photo like that.  she's weird sometimes. 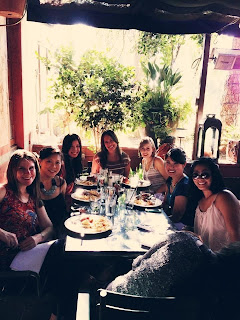 because lilcee lives just a few blocks away from the rose bowl, she'd arranged to have us park our cars at her place.  just down the street, folks were cashing in on their asphalt: 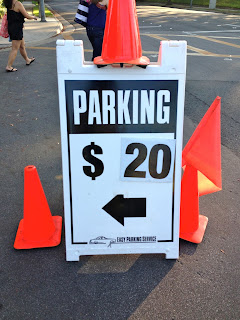 we joined the crowds of people strolling down towards the stadium. traffic was crazy, and as we got closer the parking fees were too.  i mean, really?  $80 for a spot?  good gracious. 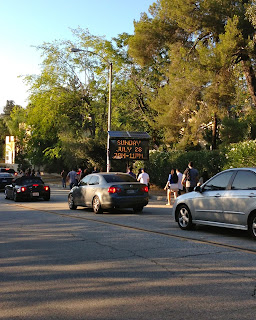 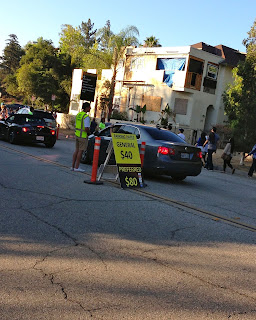 it was pretty warm that afternoon.  add to that the walk and the excitement of what was coming made for quite a sweaty wan.  didn't dampen our spirits a bit, though. 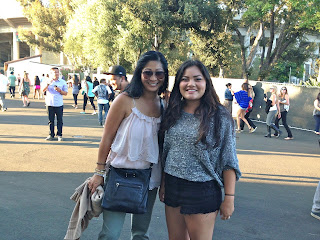 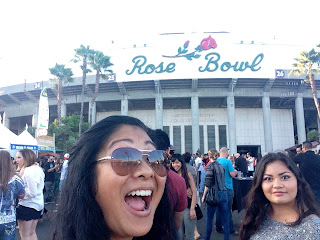 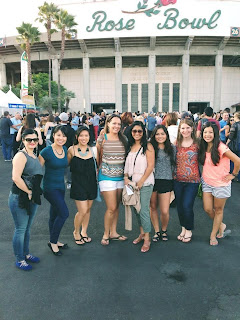 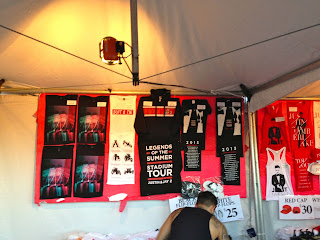 the last time i'd been to the rose bowl (for anything but a run around its perimeter, anyway) was at least a decade ago - funny enough, it was also to see JT.  well, and the rest of n*sync.  i'd taken the teen to two shows on the "no strings attached" tour way back when, and while i had vivid memories of that night, she...didn't.  sad.  anyway, our seats weren't much better now than they'd been back then.  and i'm pretty sure most of l.a. was here that night. 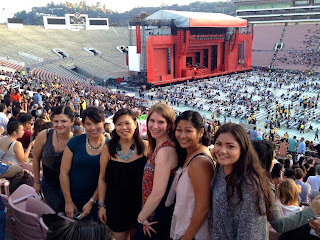 testing out the zoom on my little point-and-shoot. 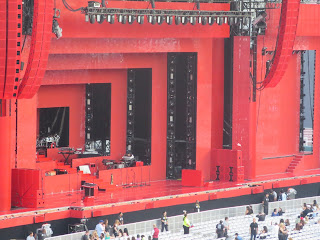 meanwhile, mr. lilcee and the girls had apparently found mr. dailygluttony and mini DG at the movies.  how cute - a GTG of their own. 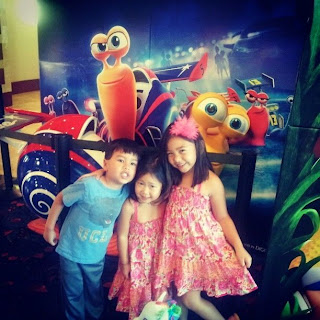 while our seats were facing the sun, it went down quickly.  i don't think we were sitting there for more than a few minutes before sunset, which was a big relief to sweaty ass me.  it was fun hanging out, doing some peoplewatching, and chair dancing to the groovy tunes spun by the DJ down on the floor.  and then at last, it was showtime. 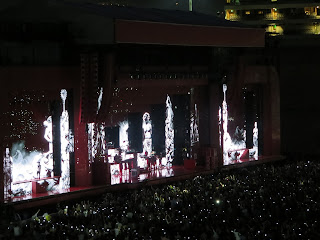 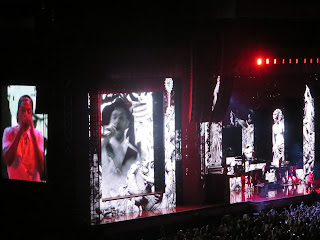 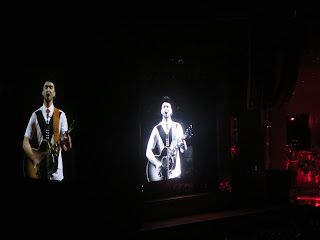 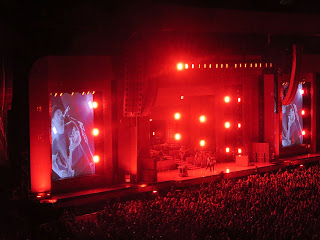 my shots are still pretty shitty.  most of them are blurry as all hell, and JT was as big as an ant from our vantage point.  no worries - we could still see him via the giant screens.  oh, and jay z was a'ight too. 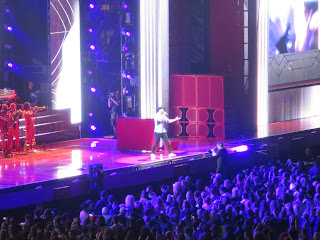 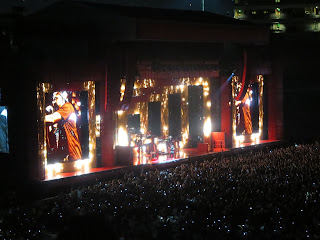 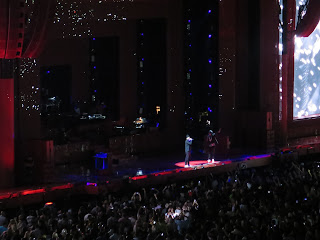 all too soon, it was over.  the set list we'd found online was pretty accurate - we were treated to about 25 or so songs. 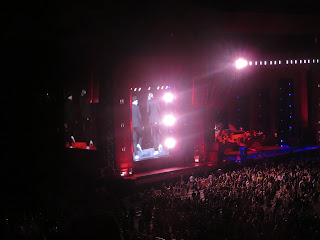 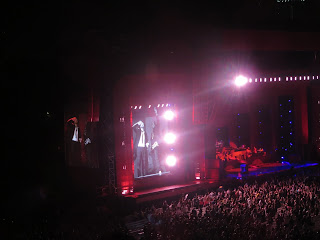 bye bye (bye), justin.  thanks for a lovely evening. 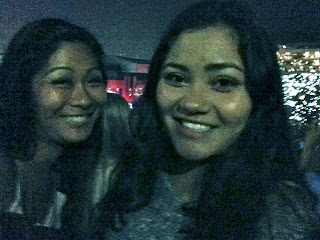 Email ThisBlogThis!Share to TwitterShare to FacebookShare to Pinterest
Labels: rose bowl, wan and JT sitting in a tree