back in january, while we were dressed in uggs and sweaters, the teen and i signed up for the "drenched 5K," scheduled for late july.  seems like forever ago.  maybe 'cuz it was, huh?  and when it was originally announced, the venue was somewhere in the valley - so it would be extra blazing hot when the time came.  yum.  lucky for me, they announced that the party was being moved to exposition park - much closer to me, and an area i was somewhat familiar with from other events i've attended there.

with the bean off on another summer school field trip, the teen and i headed out to studio city for packet pick-up. 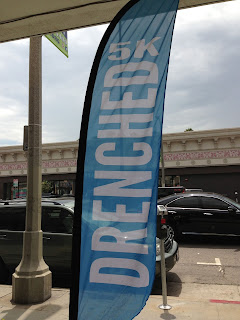 it was oh-so-conveniently held at road runner sports, which is basically runner heaven.  although my wallet managed to escape unscathed, we got an eyeful of all sorts of great gear. 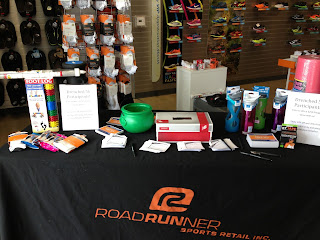 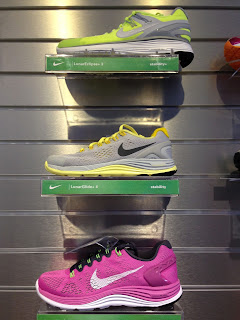 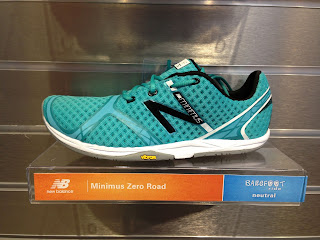 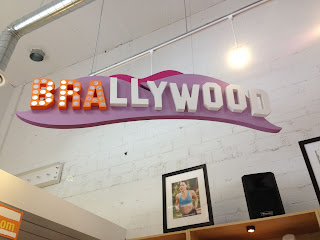 the next day, we made the trek out to l.a. and arrived in plenty of time for our 10am start time. 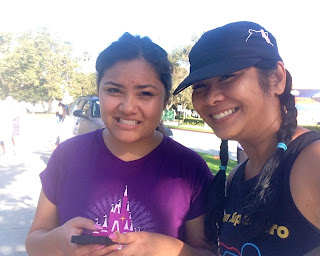 plus, i got to see my friend delovely details (and her hubby). 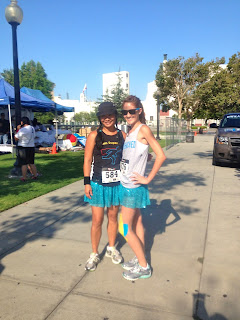 we hadn't brought any to add to the pile, but the staff was busily setting up the ammo for the giant water balloon fight that would take place at the end of the race. 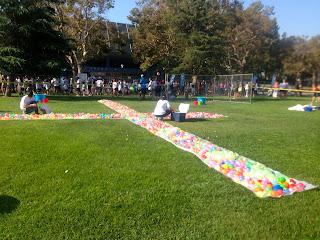 to go with the theme, there were lots of beach balls bouncing around through the crowd. 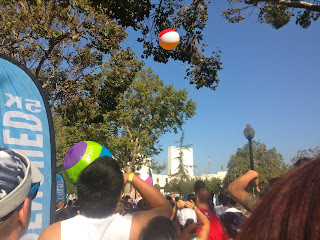 this one didn't make it. 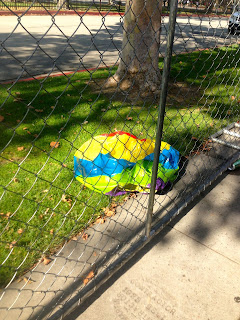 as we were finally released onto the course, this dude was gleefully spraying the crowd with a fire hose. 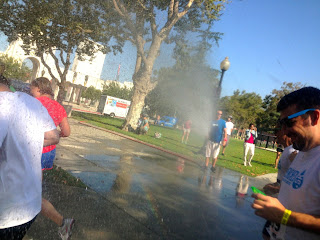 not too much later, we encountered the first of two foam stations.  i was glad the bean had bowed out after all, because she'd have been buried alive in the stuff like this little girl. 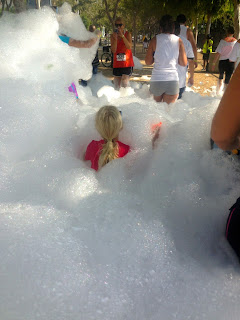 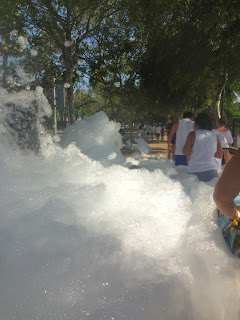 i thought it was pretty stinking fun, although the teen wasn't as enthralled as i was. 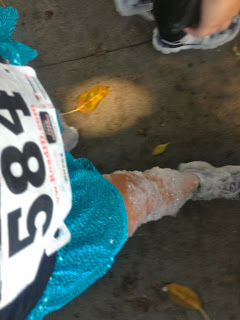 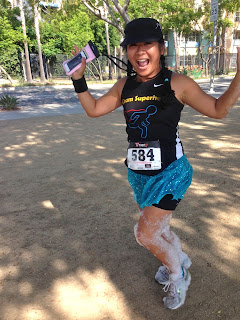 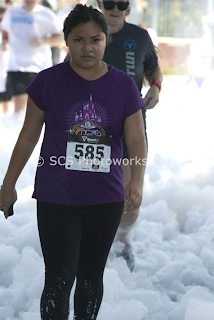 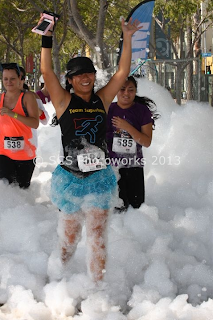 we got to run past the rose garden. 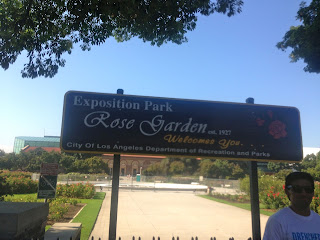 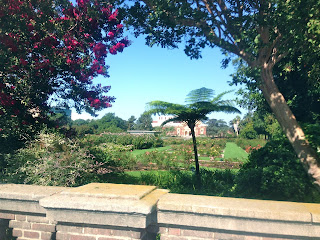 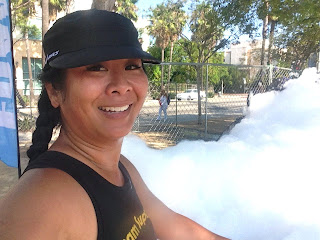 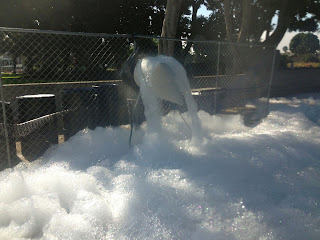 the course was basically two loops around the same route.  a little boring, and according to my app, not quite 5K.  oh, well.  at the end was - you guessed it - more foam, plus a slip-and-slide.  with my leg still scarred from the scratches i got from the one at the ROC race a couple of weeks ago, i decided i didn't really want to risk more. 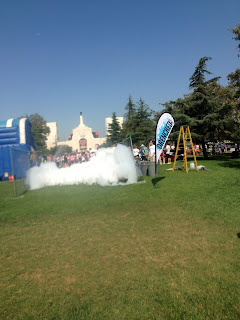 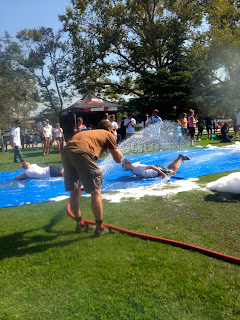 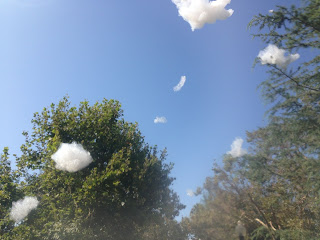 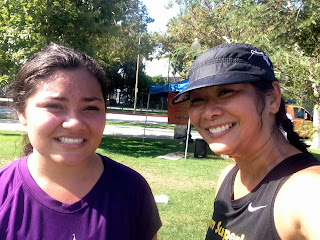 i wanted to get a cool shot in front of the coliseum, but this dude was busy having a freaking photo shoot and totally hogged the spot i wanted to pose in front of.  so i had the teen take this instead. 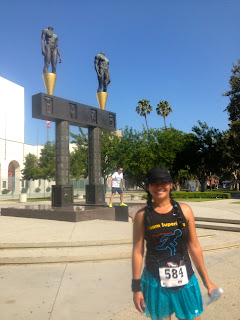