a few hits and a miss

i'm sure it will come as no surprise when i say that cooking dinner when it's as hot as the ninth circle of hell is not my idea of a good time.  i mean, i do love to cook, don't get me wrong.  but when i'm sweating enough to make soup (gross visual, huh), the notion of slaving over a hot stove is not appealing in the least.

last week's heat wave damn near did me in.  like, i was so completely miserable for days at a time.  and?  i dread opening the electric bill when it hits the mailbox.  well, we're paperless, so i guess what i really mean is that i'm not looking forward to the email from edison this month.  you get it.

so i did some meal planning at the beginning of the week and mapped out a lovely plan that consisted of dumping shit into the crock pot in the morning so that dinner would be magically ready in the evenings.  first on the list:  a recipe for slow-cooked lasagna.  i'm not usually a huge fan of lasagna because ricotta cheese kinda grosses me out, but i knew everybody else would like it and i'm almost always willing to take one for the team.  plus, i didn't have to put this in until just before it was time to pick up the bean, so the procrastinator in me was extra pleased.

i have to say, i was very pleasantly surprised at the outcome.  i did make the sauce myself, but didn't bother to simmer it as i normally would.  instead, i just stirred all of the ingredients together and then went on with the business of layering the meat, cheese, and noodles into the pot.  three hours later, voila: 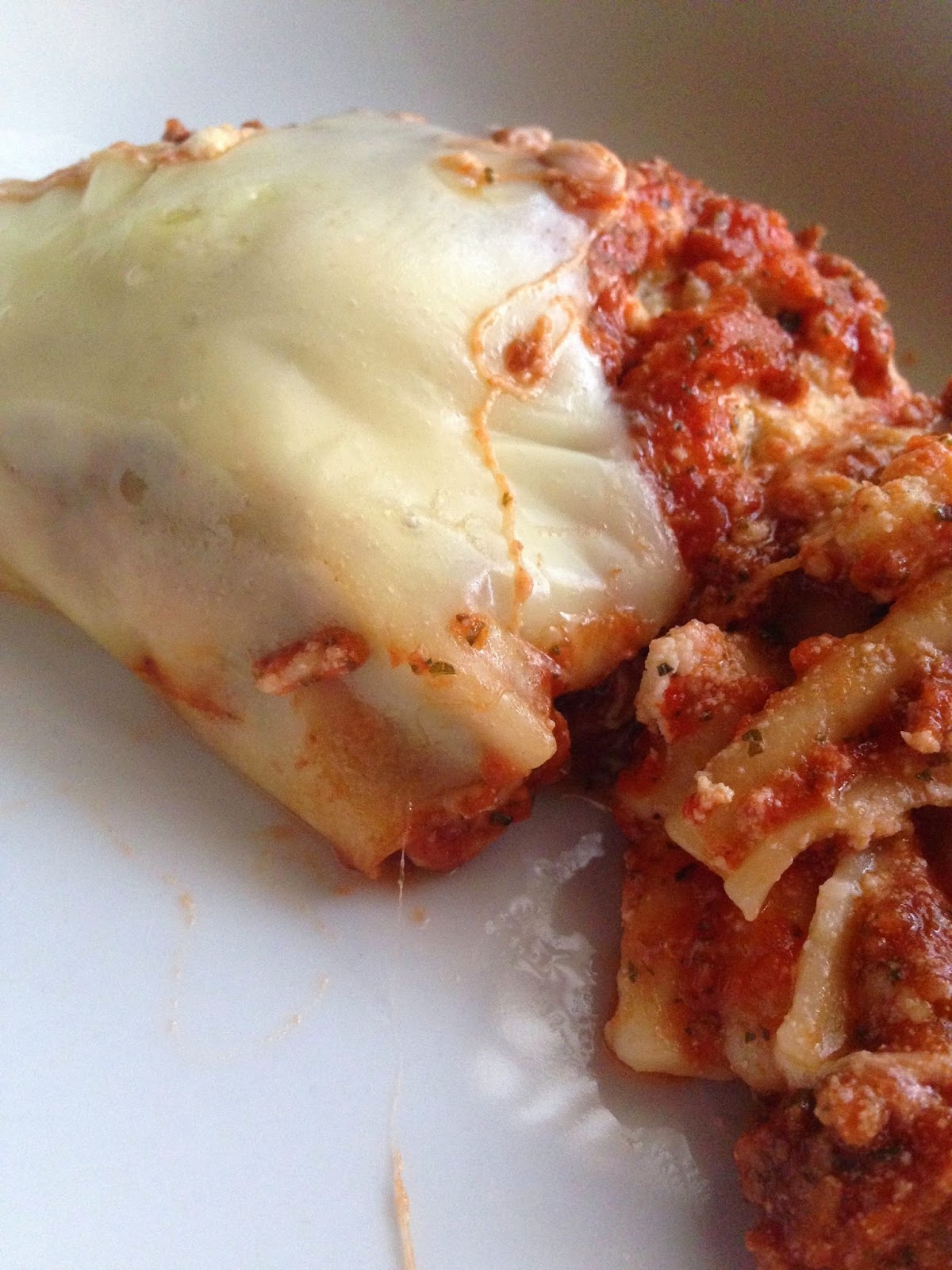 it was a hit with the whole house, and so i'll definitely be revisiting this one in the future.

i poked around that particular site a little more and decided to give the bacon ranch chicken a try.  after all, bacon?  good.  ranch?  yum.  chicken?  sure.  and these are all ingredients that are picky bean-approved.  while it looks like slop on a plate, it was really tasty and will also likely be added to the rotation. 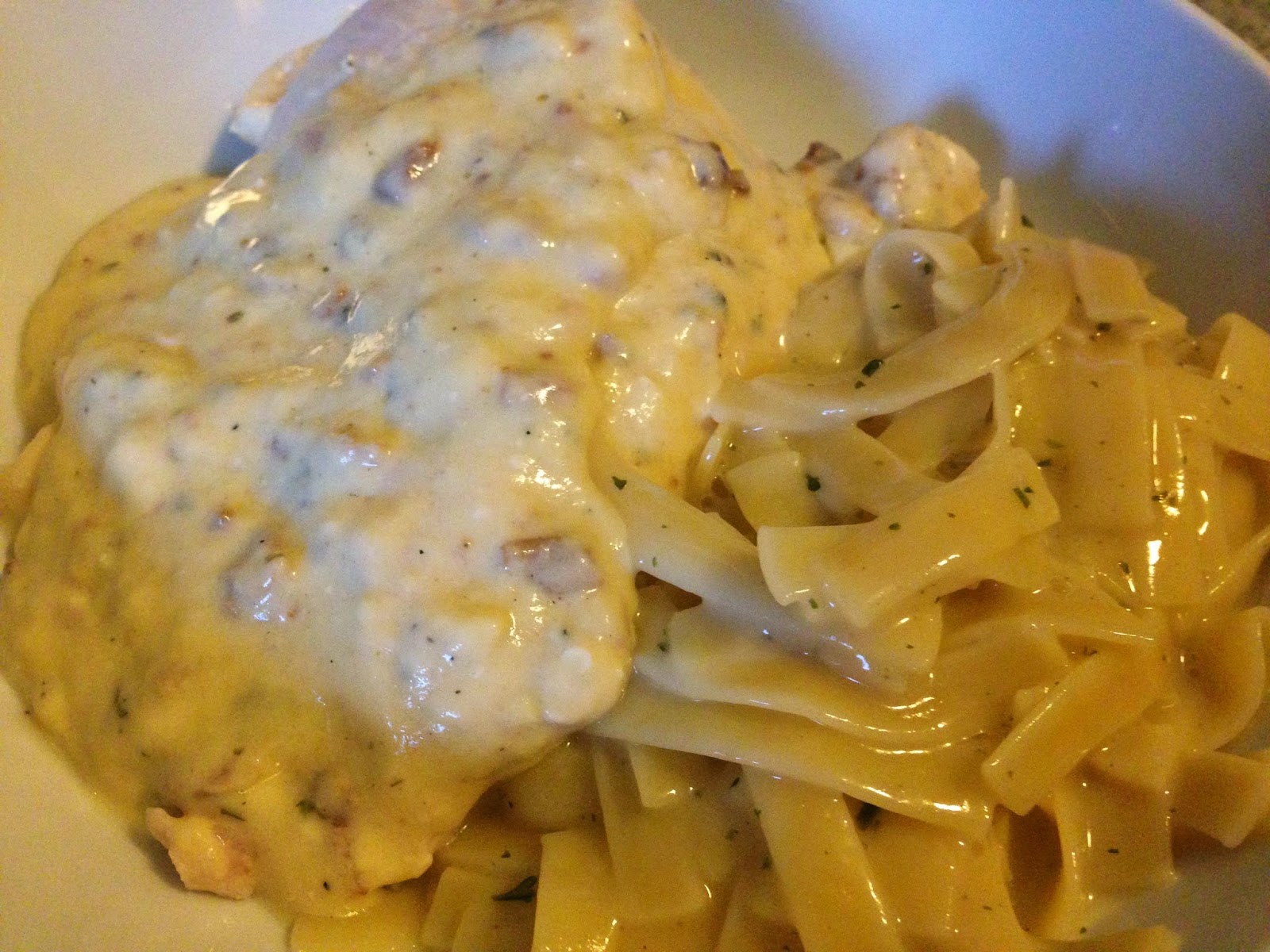 another night, i threw in a beef roast and some other ingredients for the "nana's pot roast with THE BEST gravy ever!"  because with a title like that...well, duh.  unfortunately, it didn't live up to its name.  neither the bean nor i really liked it, and it never even made it into the hub's and the teen's bellies.  it wasn't even worthy of a photo.  so sad.

however, this delicious concoction of biscoff spread, marshmallows and chocolate chips definitely was.  it is SO good, although i cut the recipe in half because CALORIES.  anyway, give it a shot next time you've got a raging sweet tooth that needs attention.  i personally thought it was even better the second day, but i'm also the weirdo who doesn't like chocolate chip cookies right out of the oven.  i like to let the chocolate harden again before i eat them.  anyway... 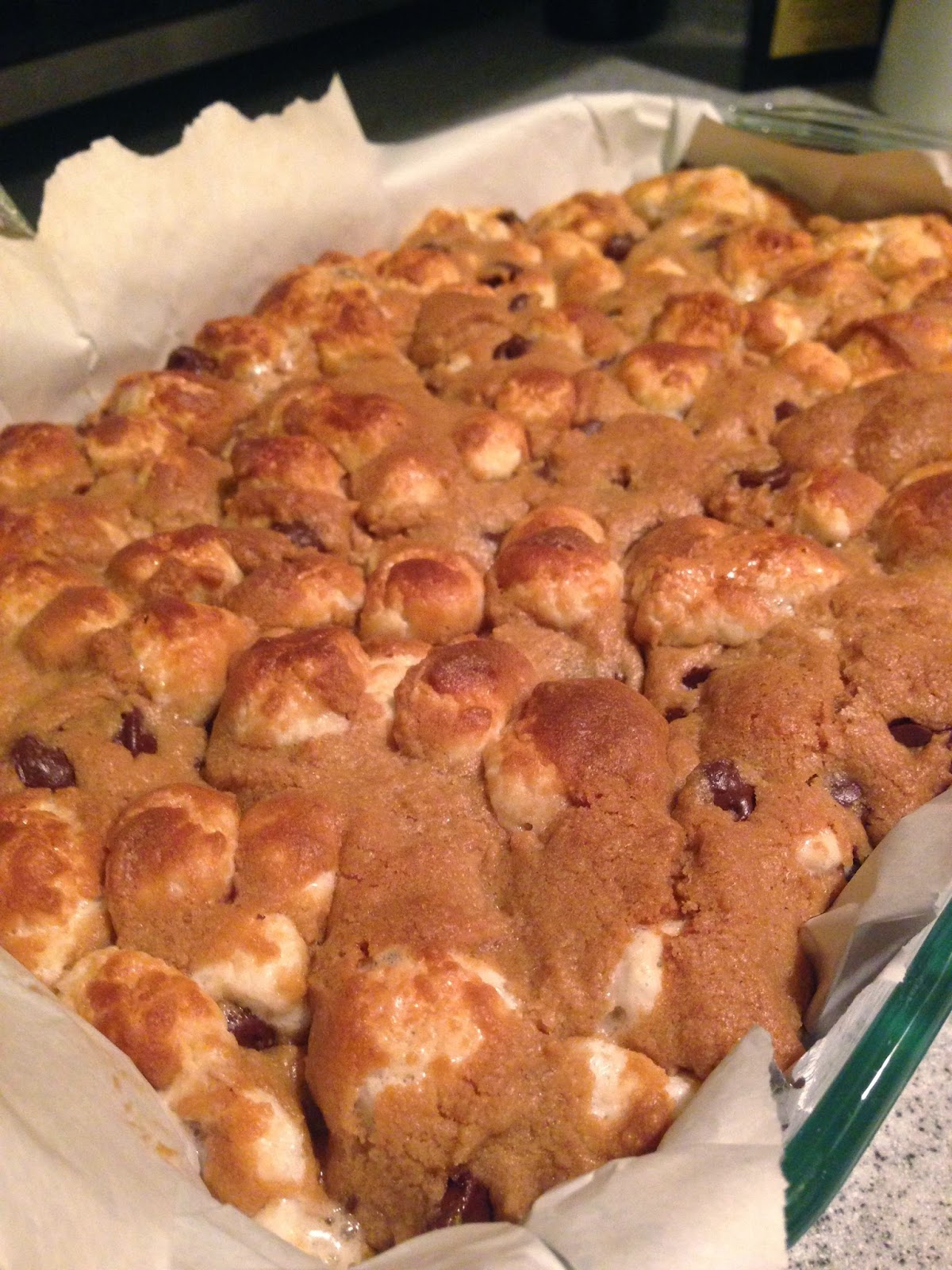 with the hub out for the evening during a break from the scorching heat, i decided to try a recipe for oven-baked chicken fingers.  and since i had the thing all fired up anyway, i threw in a tray of tater tots to bake alongside them.  i'm a little leery of recipes like this because while they're supposed to come out crunchy and delicious as if i'd picked them up from a drive-thru somewhere, i find that oven-baked chicken tends to be more on the soggy side.  happily, this was not the case. 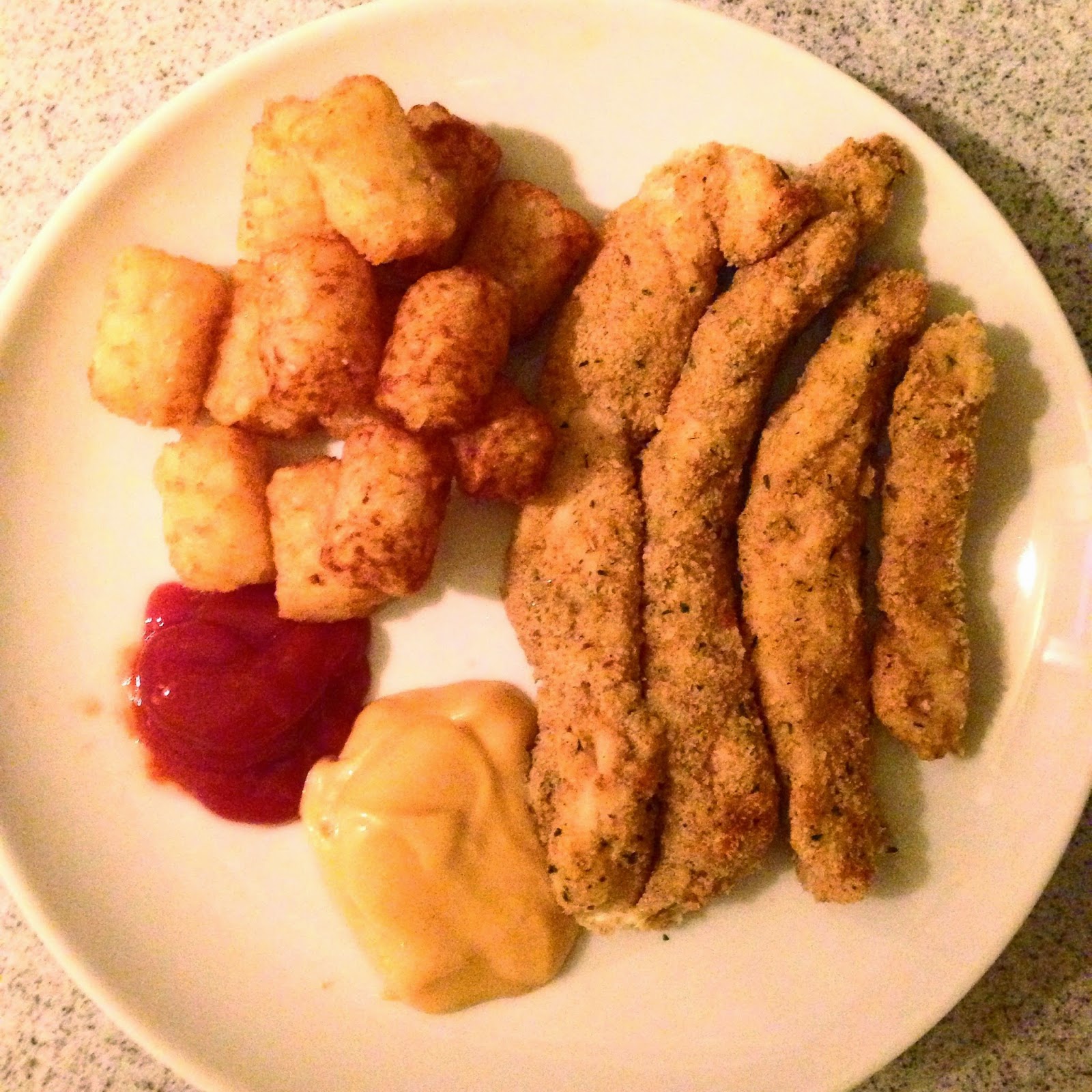 served with some chick-fil-a sauce i've been hoarding in the fridge, it made for a really yummy meal that was bean- and teen-approved.  definitely a keeper.

got any fun recipes for me to try?  sharing is caring.