so...yeah.  the bean is back in soccer, and although it's not her most favorite thing to do, she's pretty excited to see her friends again and learn more from her coach.  we requested the same coach as last year, and happily we didn't get denied.  turns out that the requesting went both ways, and since she'd been awarded "coach of the year" last year, she got dibs on pretty much whatever the hell she wanted.  excellent.

we've already had two practices.  i think having played last year (and actually rather enjoying it, although she won't admit it), the bean felt more confident on the field.  not to mention, she had new gear on - and what girl doesn't love a new pair of shoes?  i bought her this fun tee for practices, too: 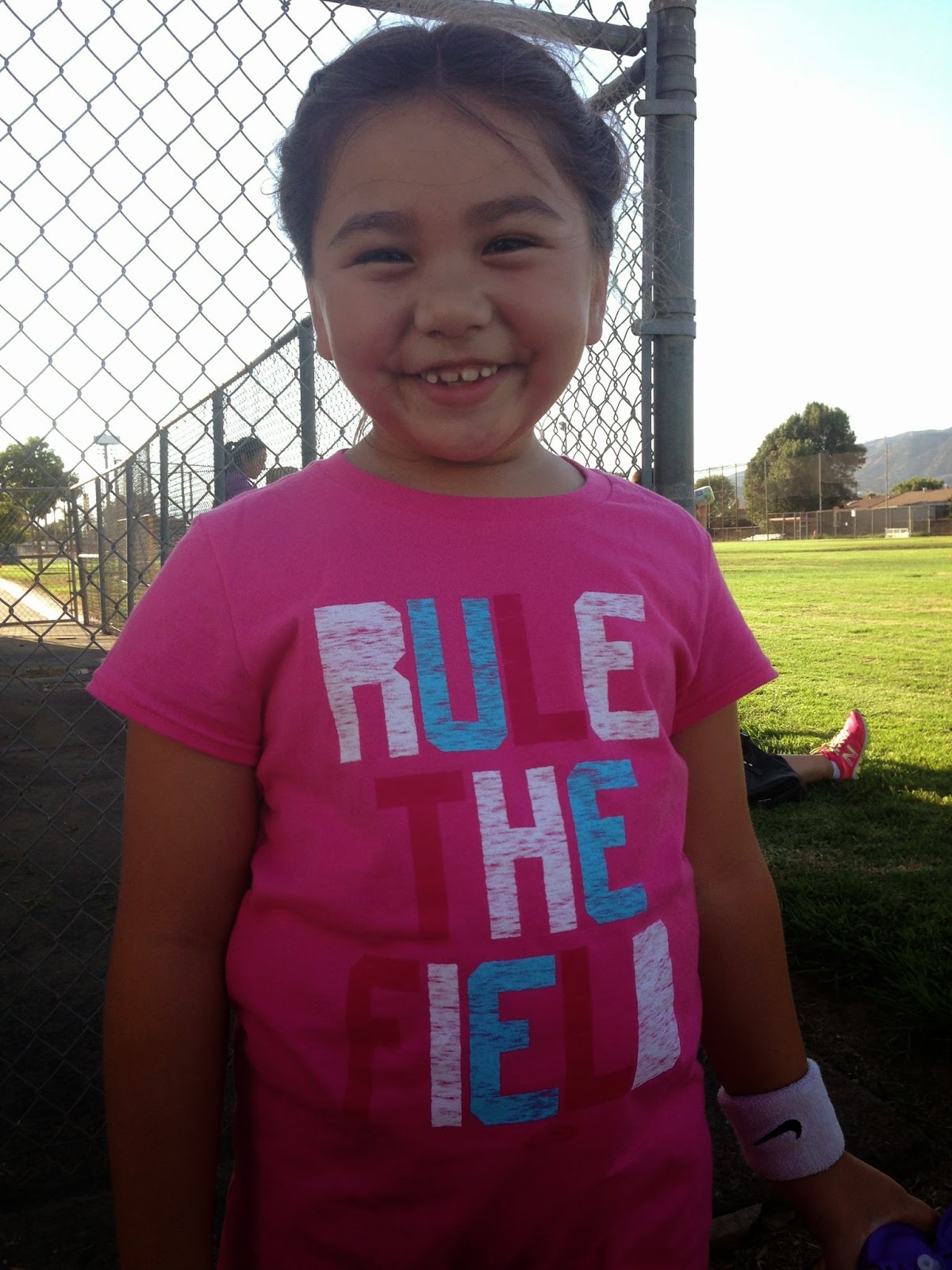 it was fun to watch her run around and mix it up with her friend from last year.  it's pretty much the only time i see her be a little less timid and a bit more aggressive.  get it, girl. 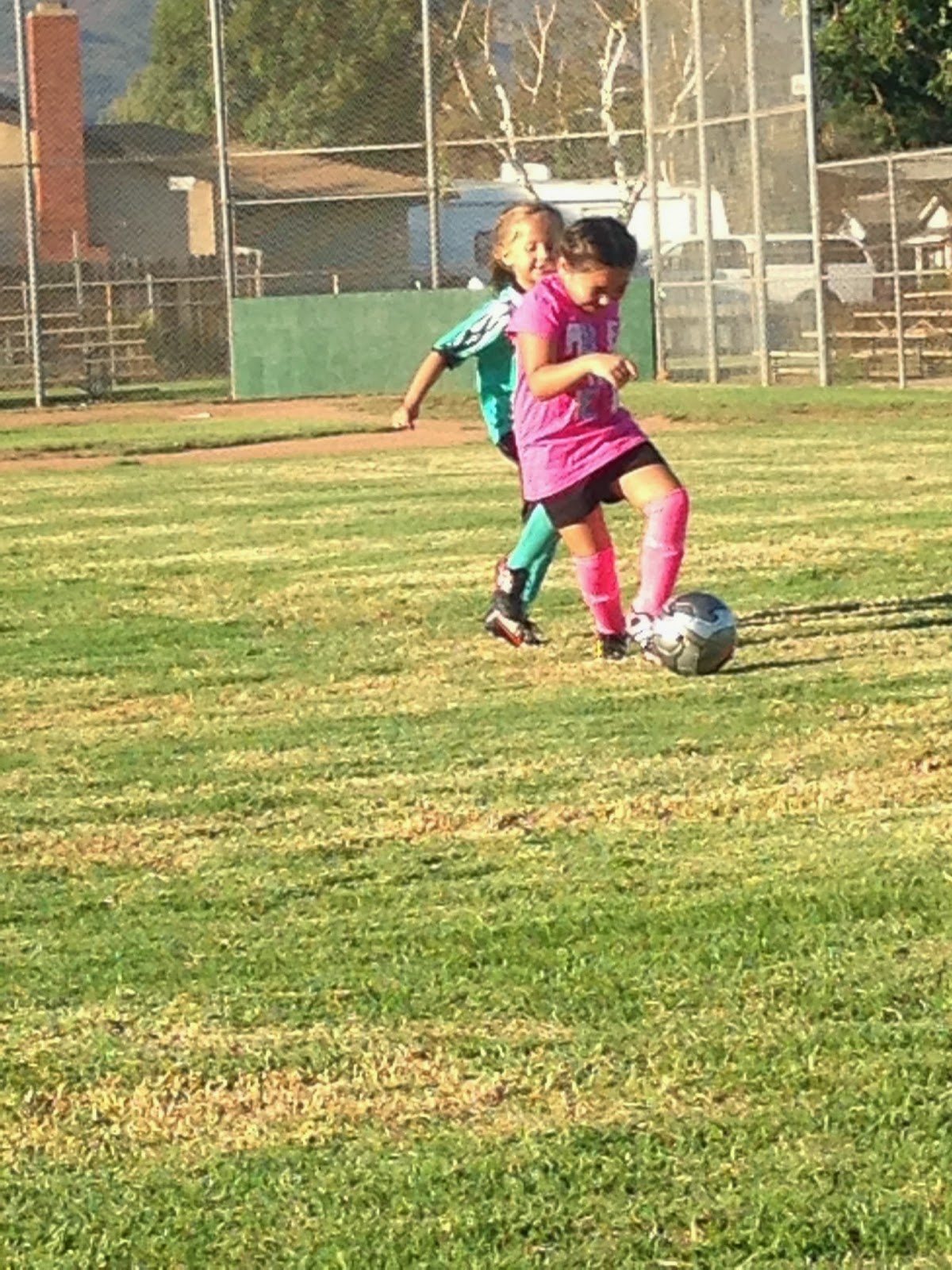 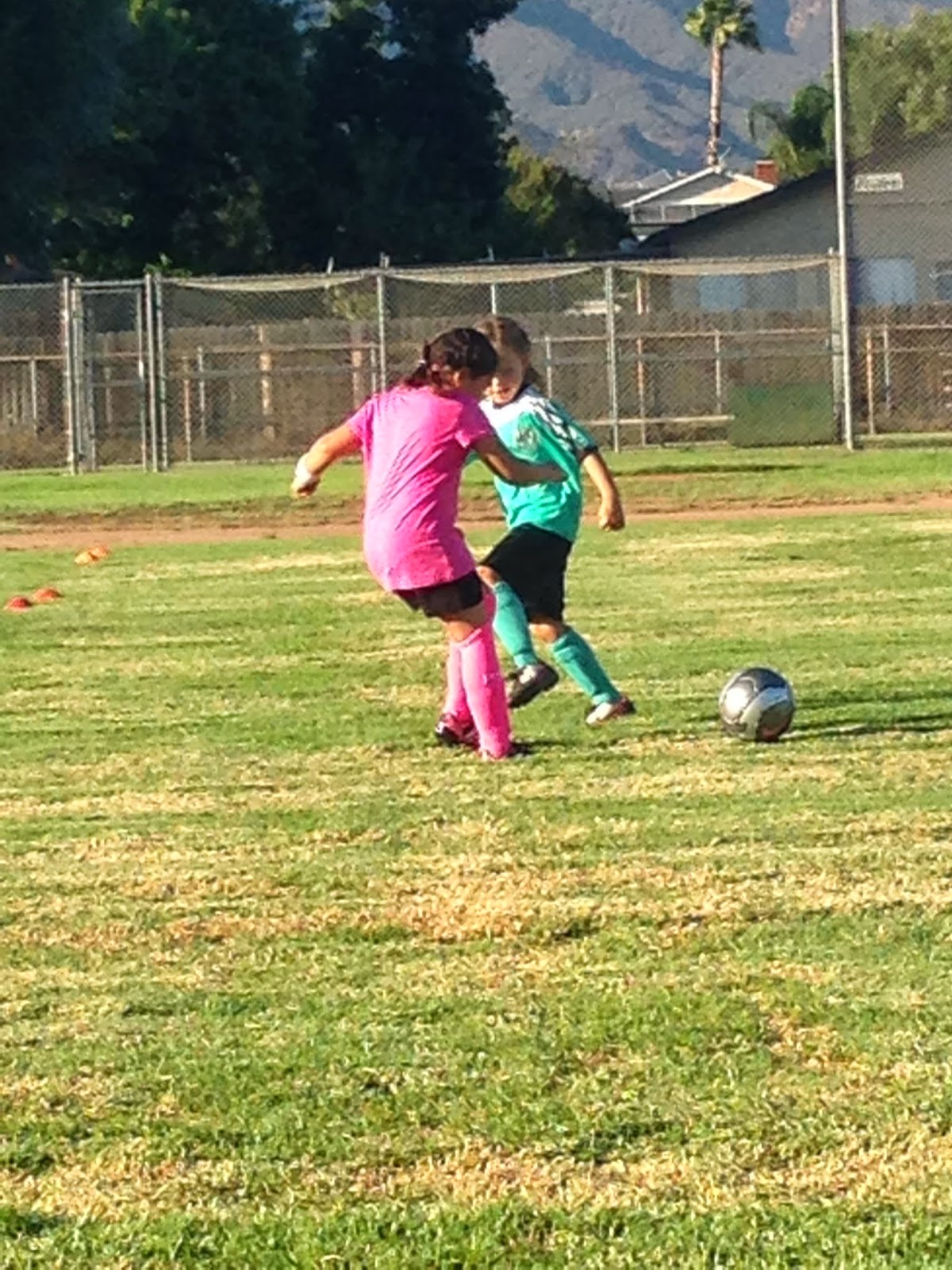 coach asked me if i would handle the hair bows for the team again, and as soon as i accepted, i knew what i wanted to do.  i'd seen something called "korker bows" on pinterest ages ago, and i wanted to give it a try.  basically, you take grosgrain ribbon, wrap it around a dowel, secure the ends with clothespins, and pop in the oven at a low temperature to get the ribbon all curly. 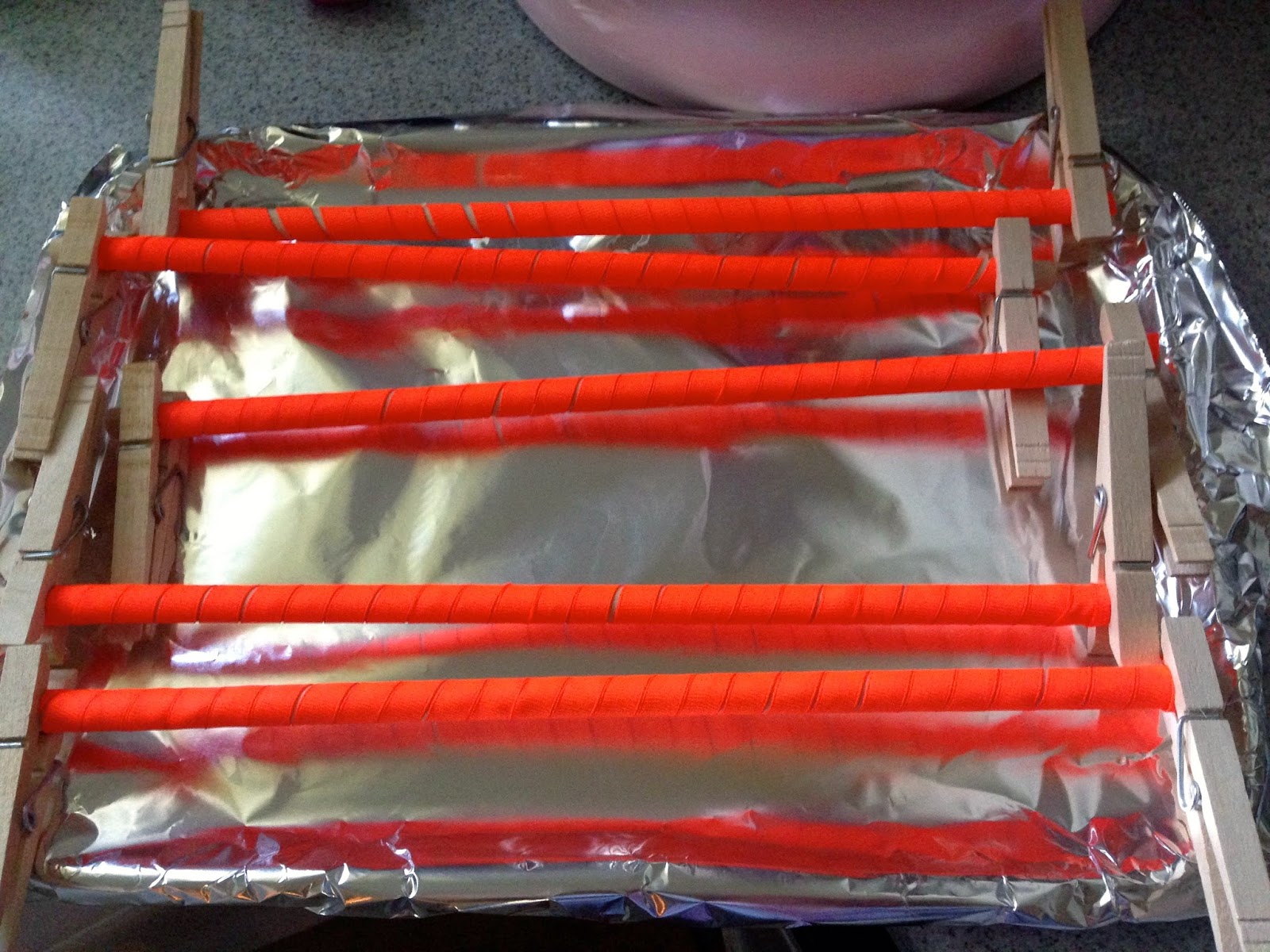 the bean has hair doohickeys with ribbons like these on them from gymboree, and i always wondered what they did to make the curl stick.  after reading a few different blog posts about the process, i picked up a bottle of this stuff at michaels: 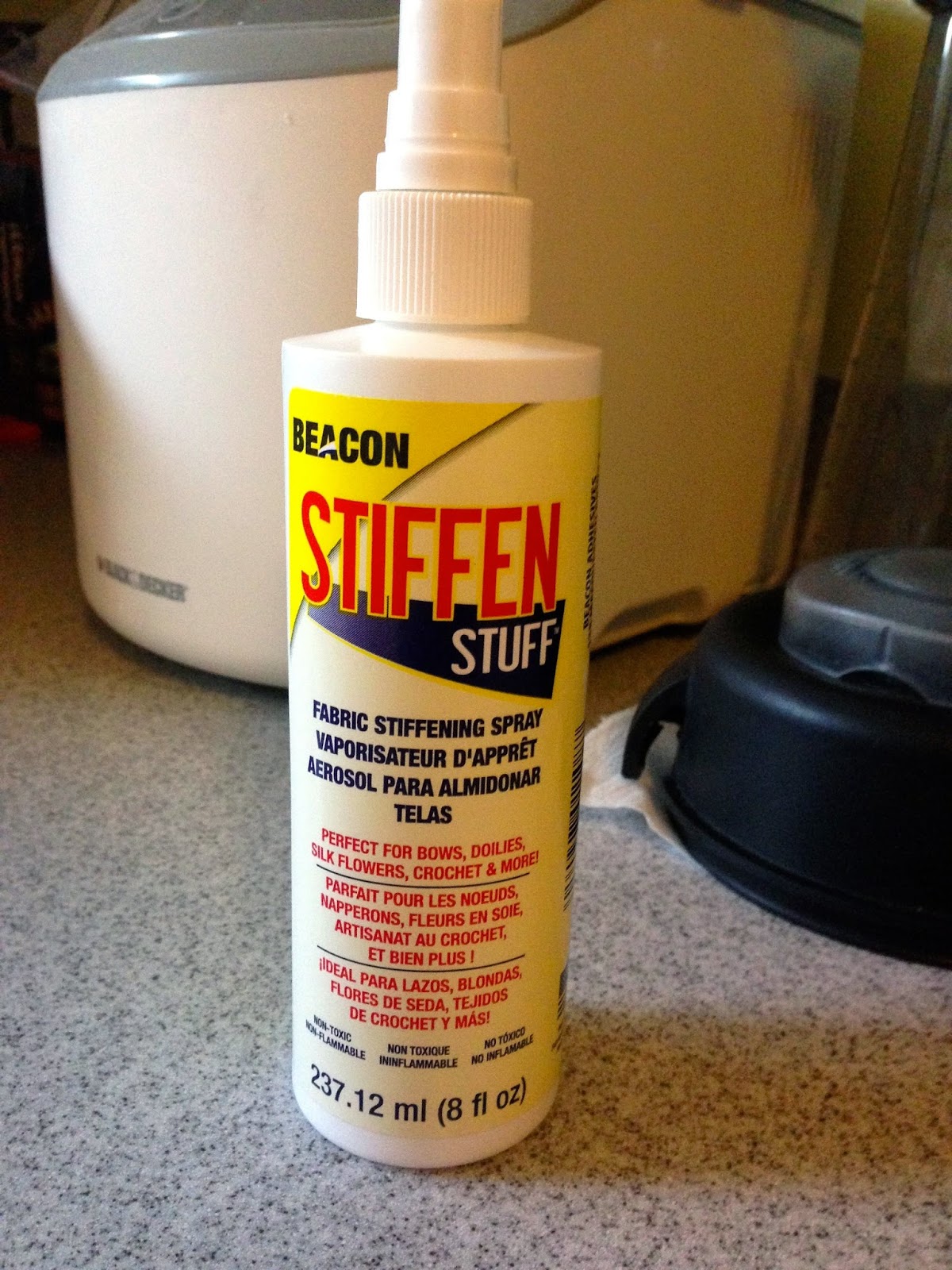 for good measure, after taking the ribbons out of the oven, i spritzed them with a little hairspray.  couldn't hurt, right? 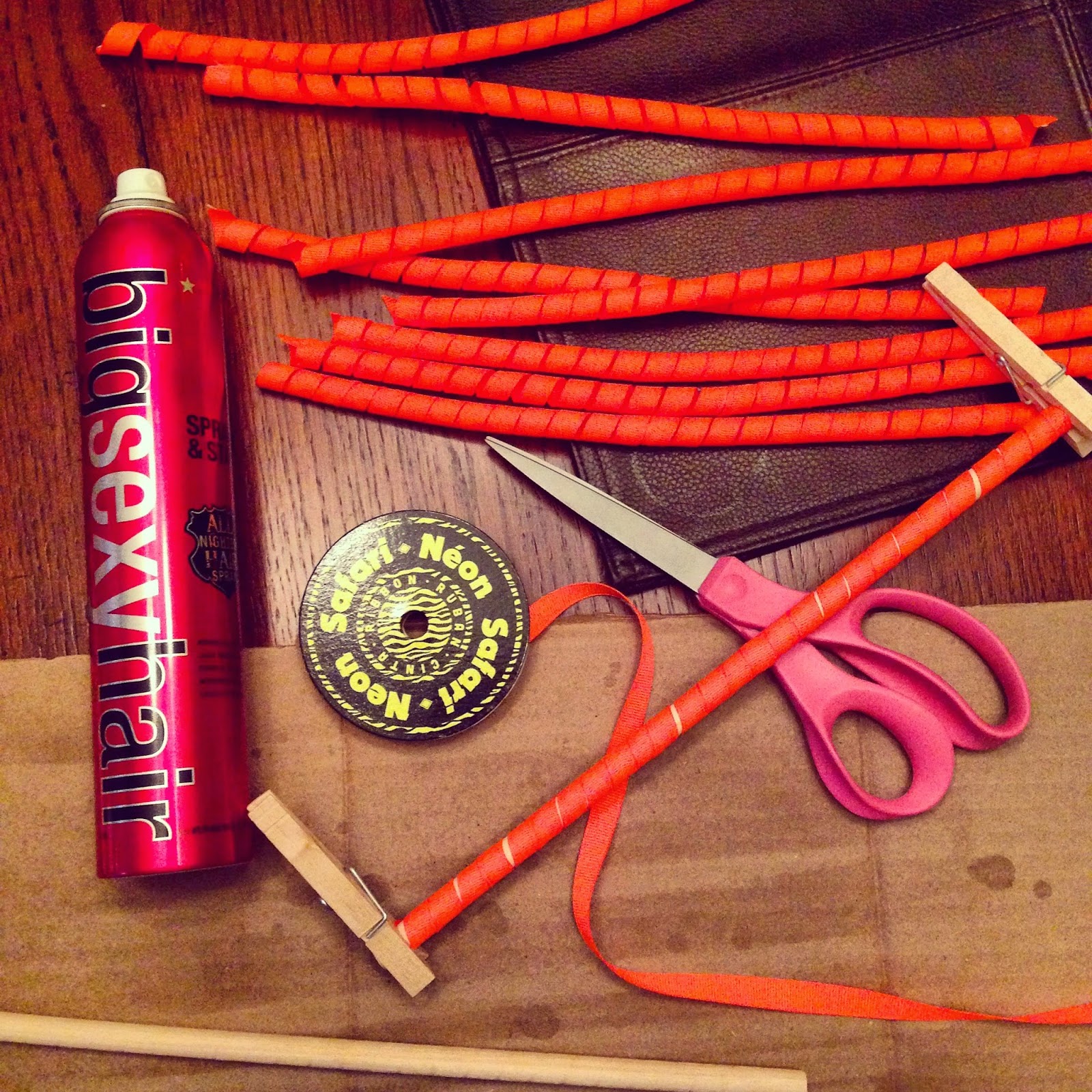 when i was ready to start assembling, i cut each ribbon into 3" pieces.  to keep them from fraying, i heat-sealed the ends using a pair of tweezers to avoid burning the crap out of my fingers over the lit candle. 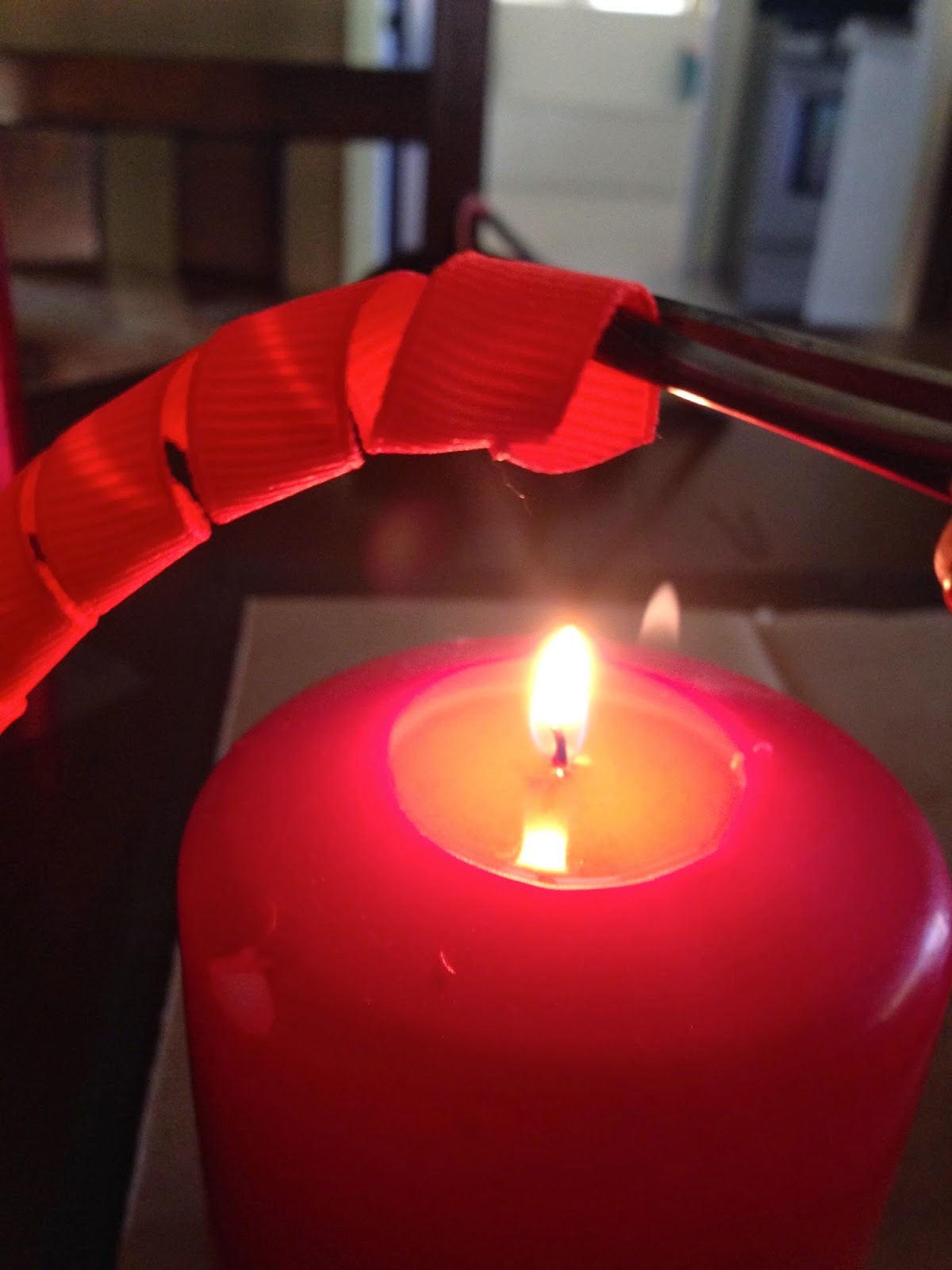 because i'm a glutton for punishment, i decided to make a pair of smaller bows for each girl.  with nine team members plus a potential tenth, i spent an entire evening working on getting the ribbons baked and cooled.  it took another full afternoon to cut and seal them all before i was finally ready to start putting them together. 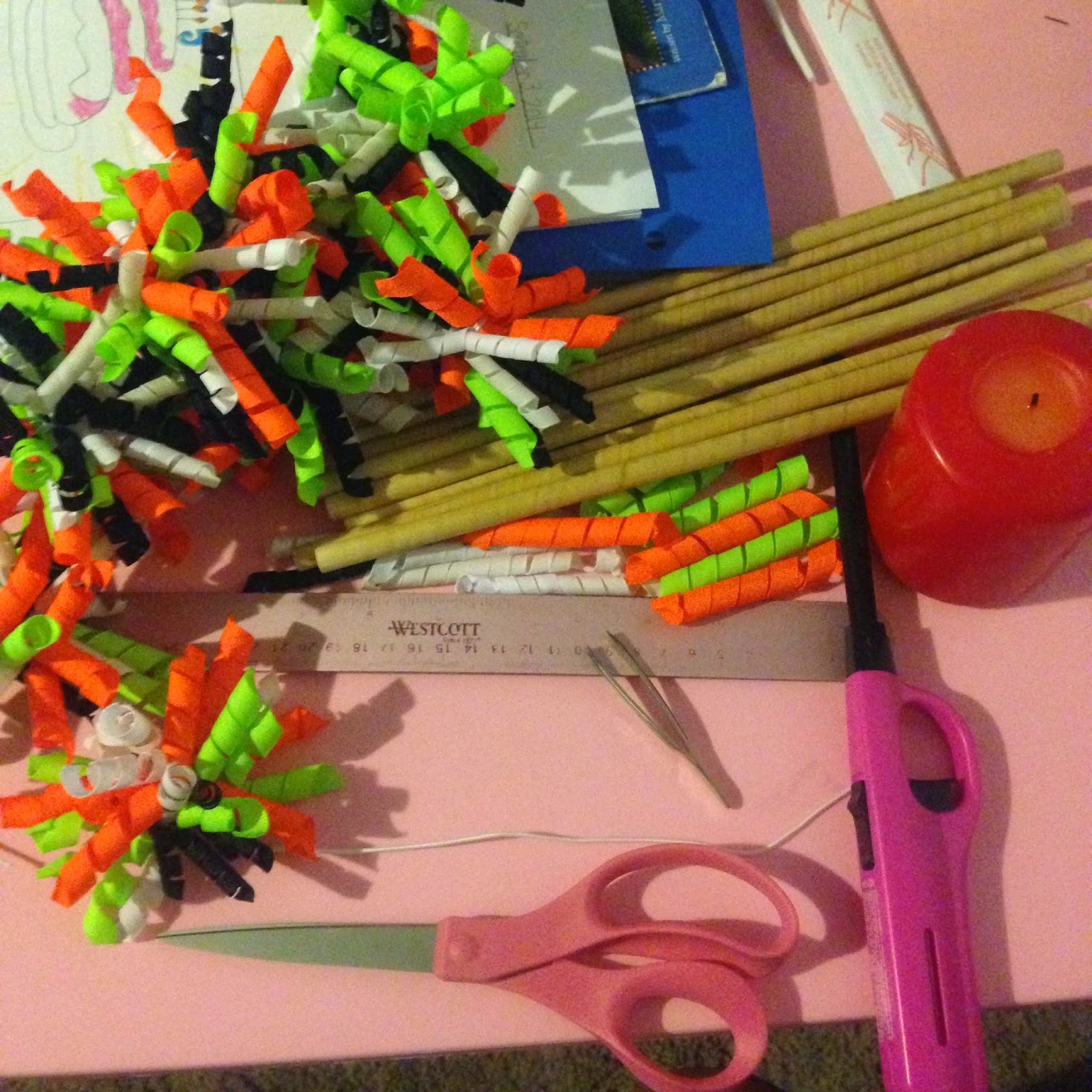 and you know what?  that was the easy part.  it was such a pain in the ass to gather up the cut ribbons and try to tie them all together.  they kept sliding out of the pile before i could pull the ends of the elastic cord tight.  i tried sewing them together, but the ribbons were so thick that i almost broke a needle in the process.  i even attempted to make a "korker box" to hold them together while tying the cord around them, but that was a total bust too.  finally, i just sucked it up and mustered all the patience i had to just tie them together using the very first method i'd tried.  it took some time, but i finally got through all 20 of them - or so i thought.  turned out i was short by ONE ribbon.  ugh.

the last step was hot gluing a barrette onto the back of each bow.  luckily, i had no difficulty with it and in no time i was done. 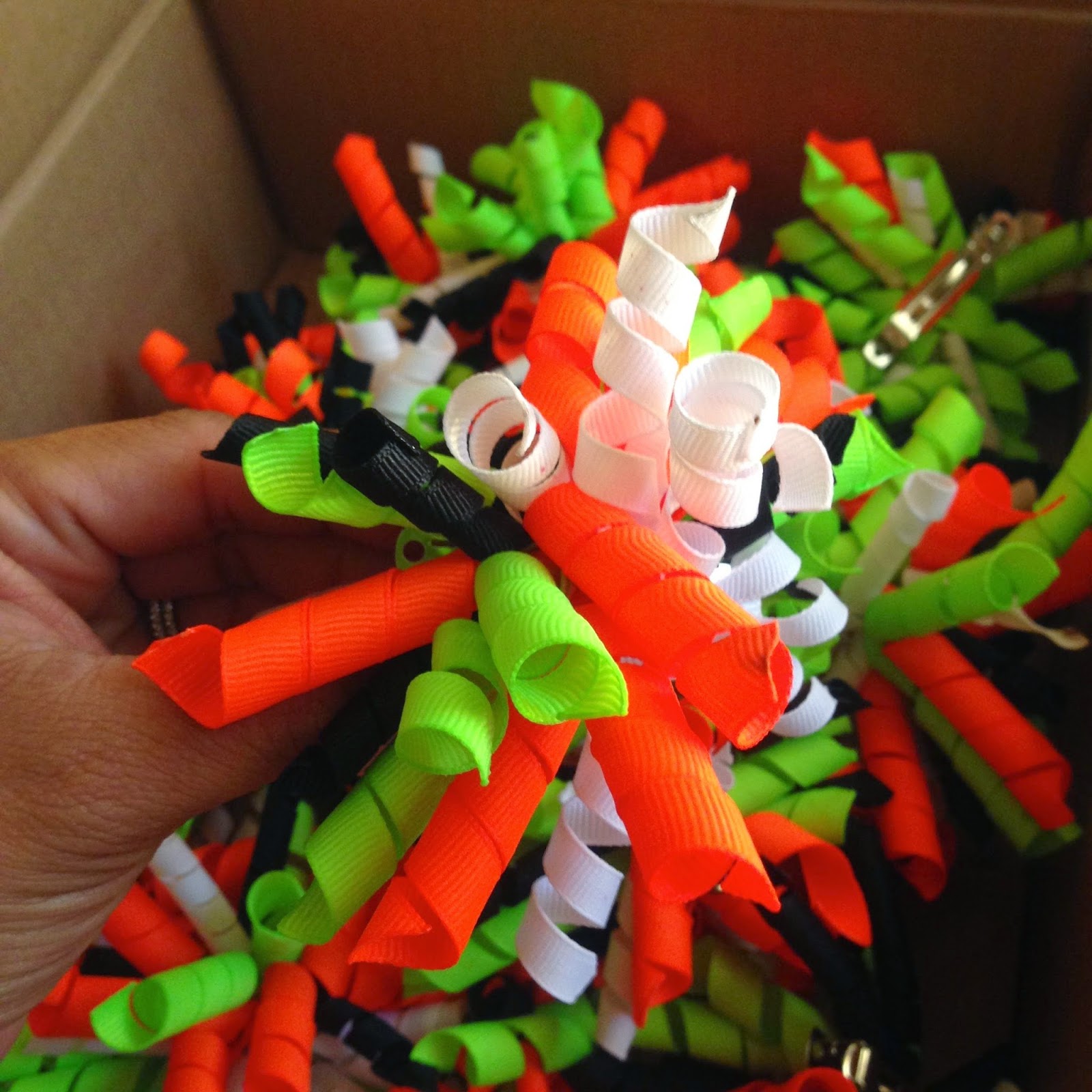 i packaged them up nicely in little bags tied with matching ribbon, because presentation.  duh. 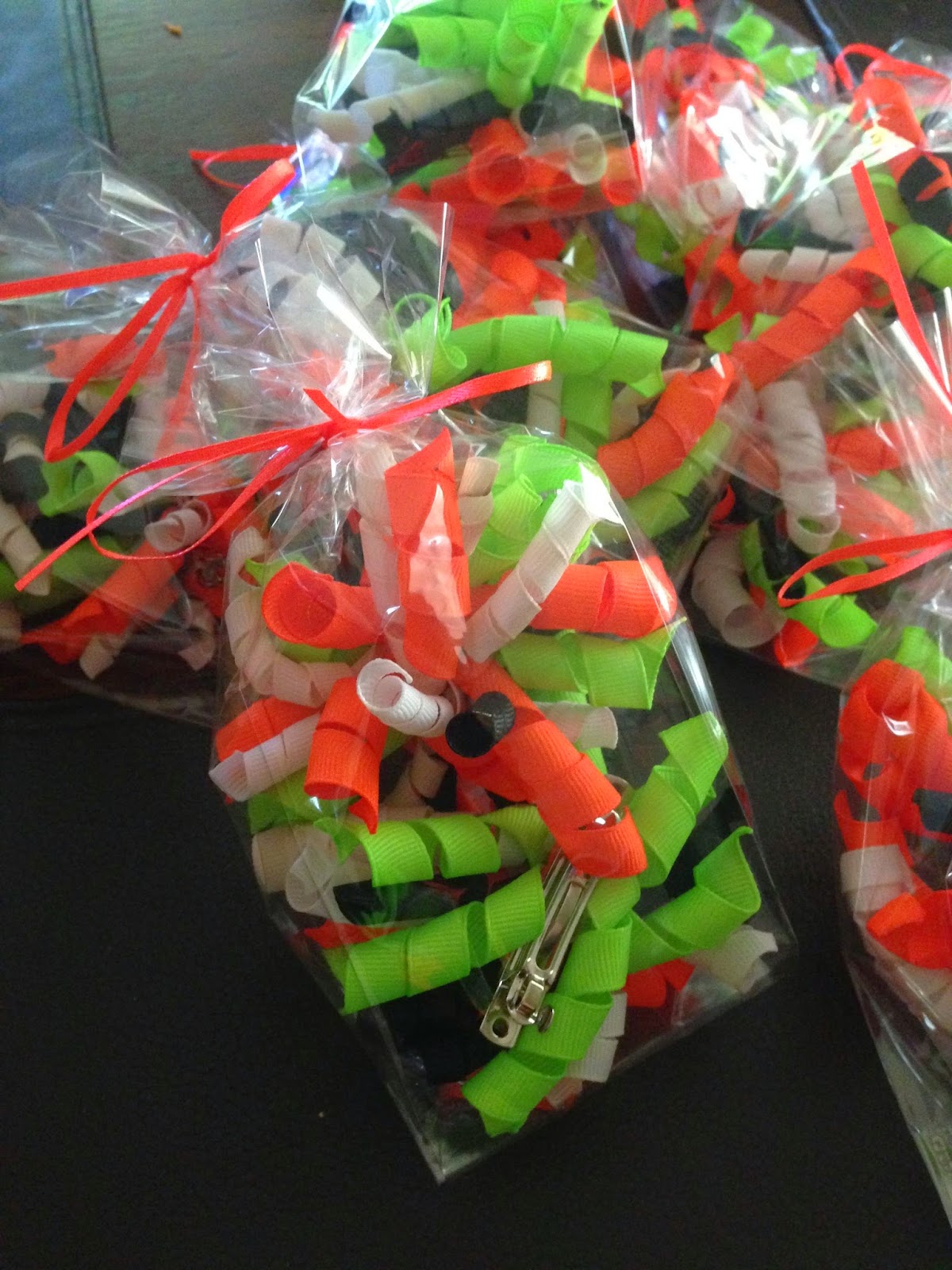 soccer pictures were the next morning.  my little sassypants got all gussied up in her brand new super bright orange gear and struck a pose for me. 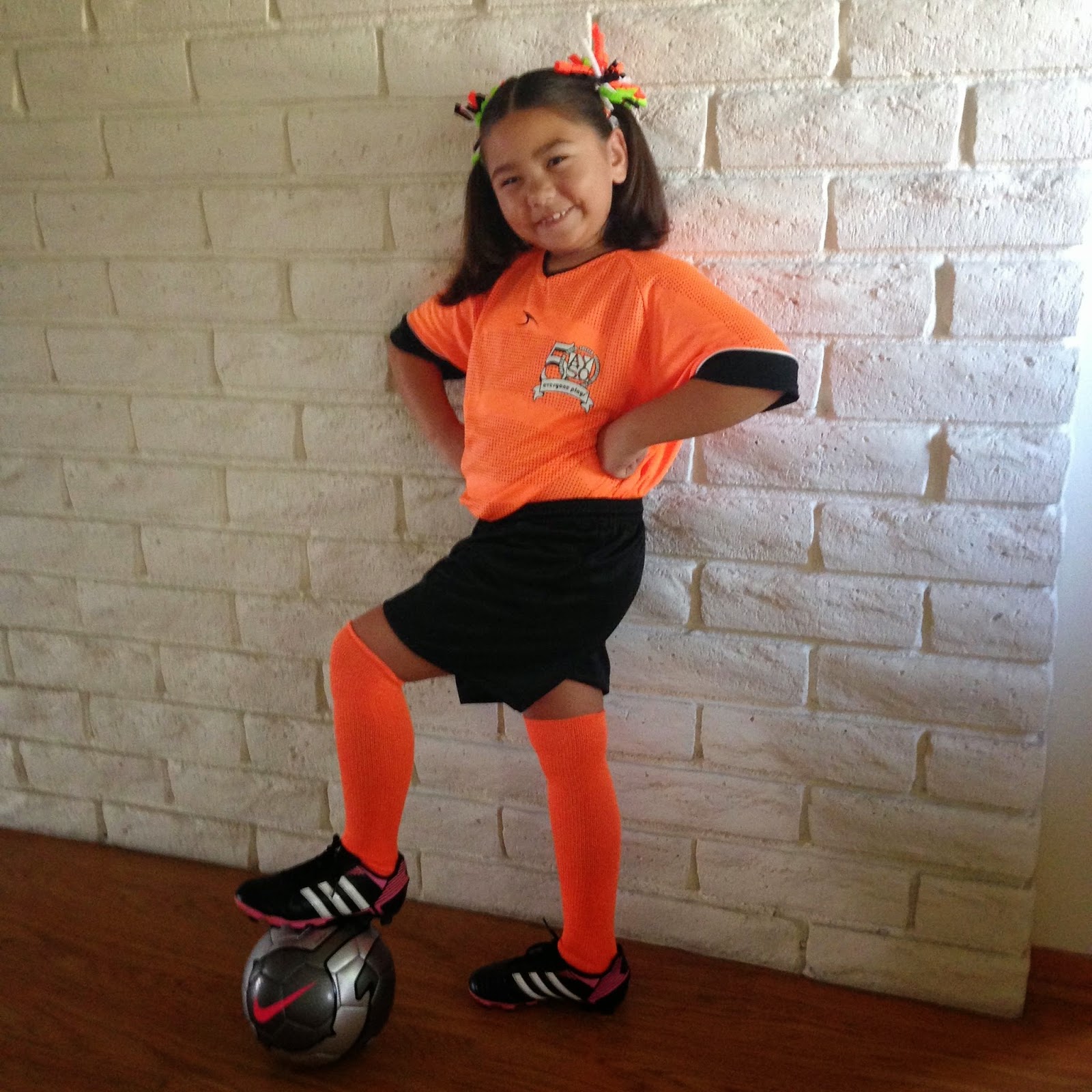 and then again out on the field.  oh, i cannot wait to see how these pictures turned out.