the bean has done so many of the run disney kids' races by now, she's totally a pro at 'em.  and she was pretty excited for this one, because she loves lilo & stitch like her mother does.  so much so that she insisted upon wearing a costume similar to what i had on: 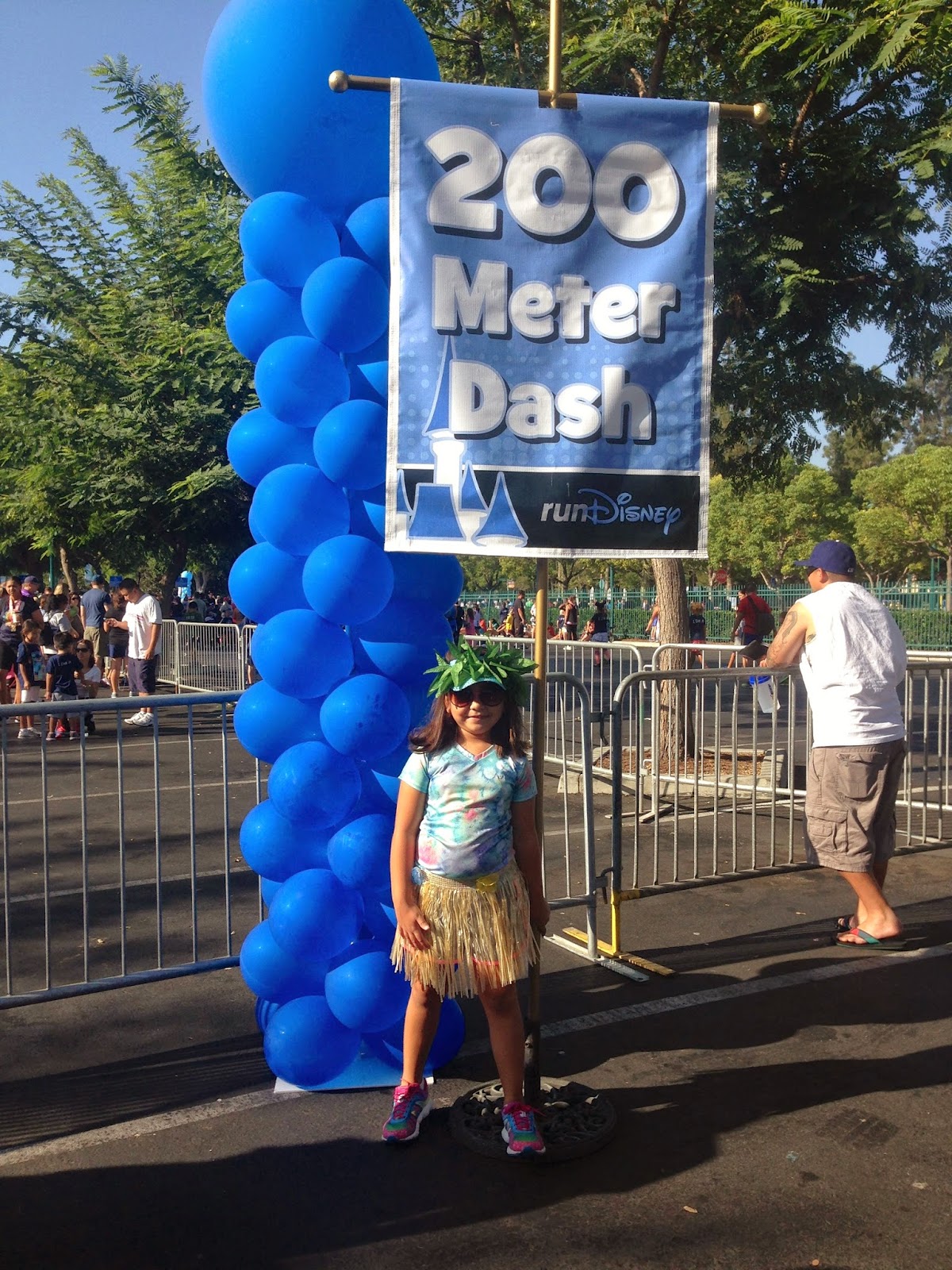 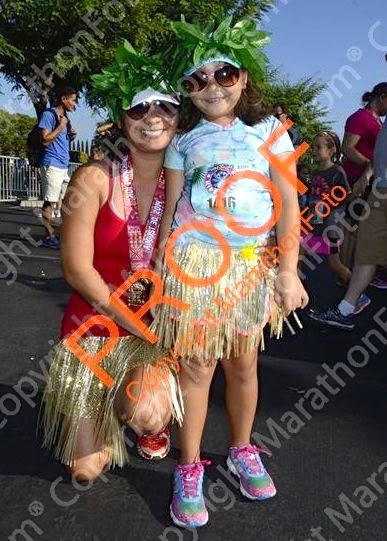 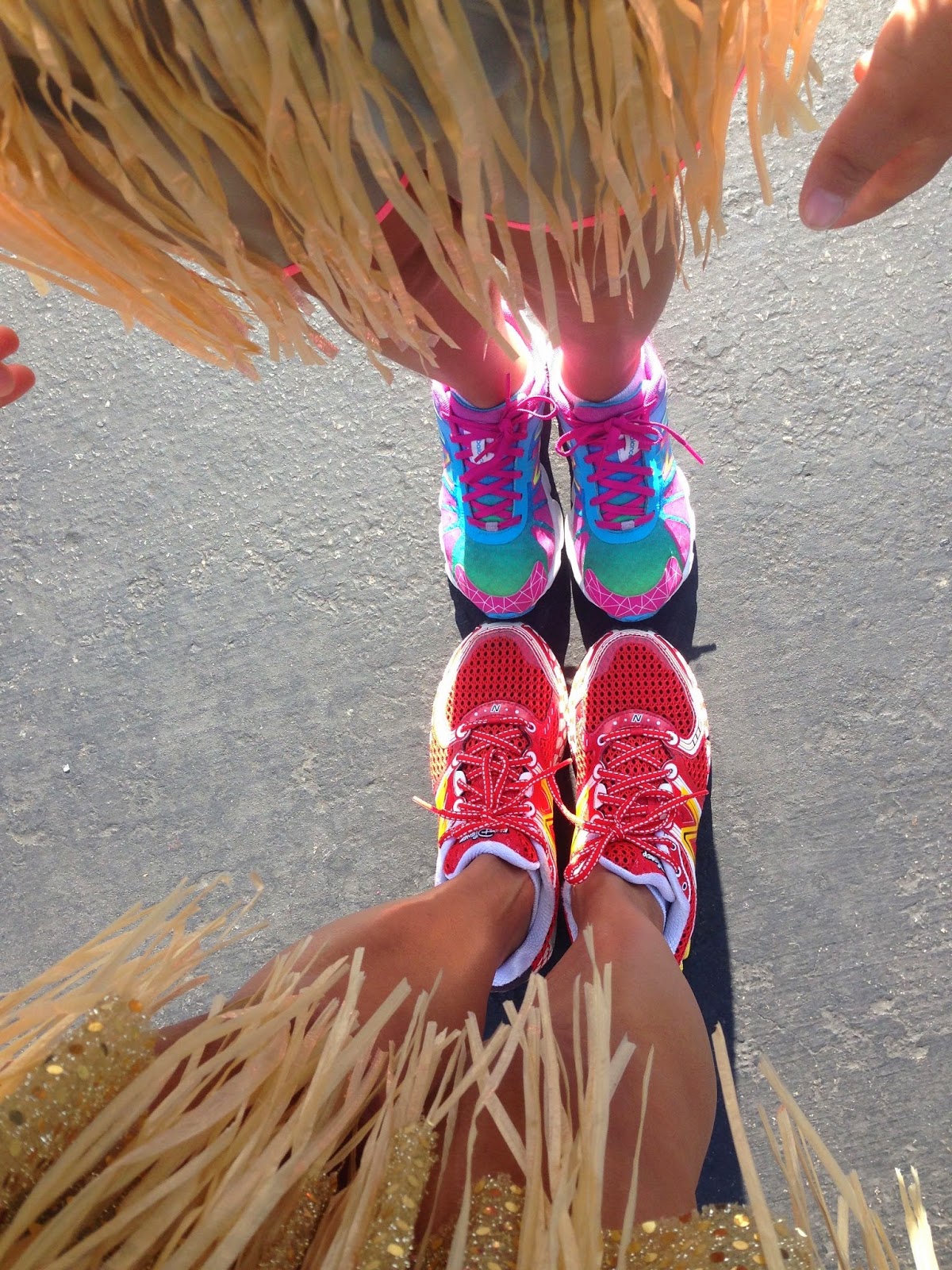 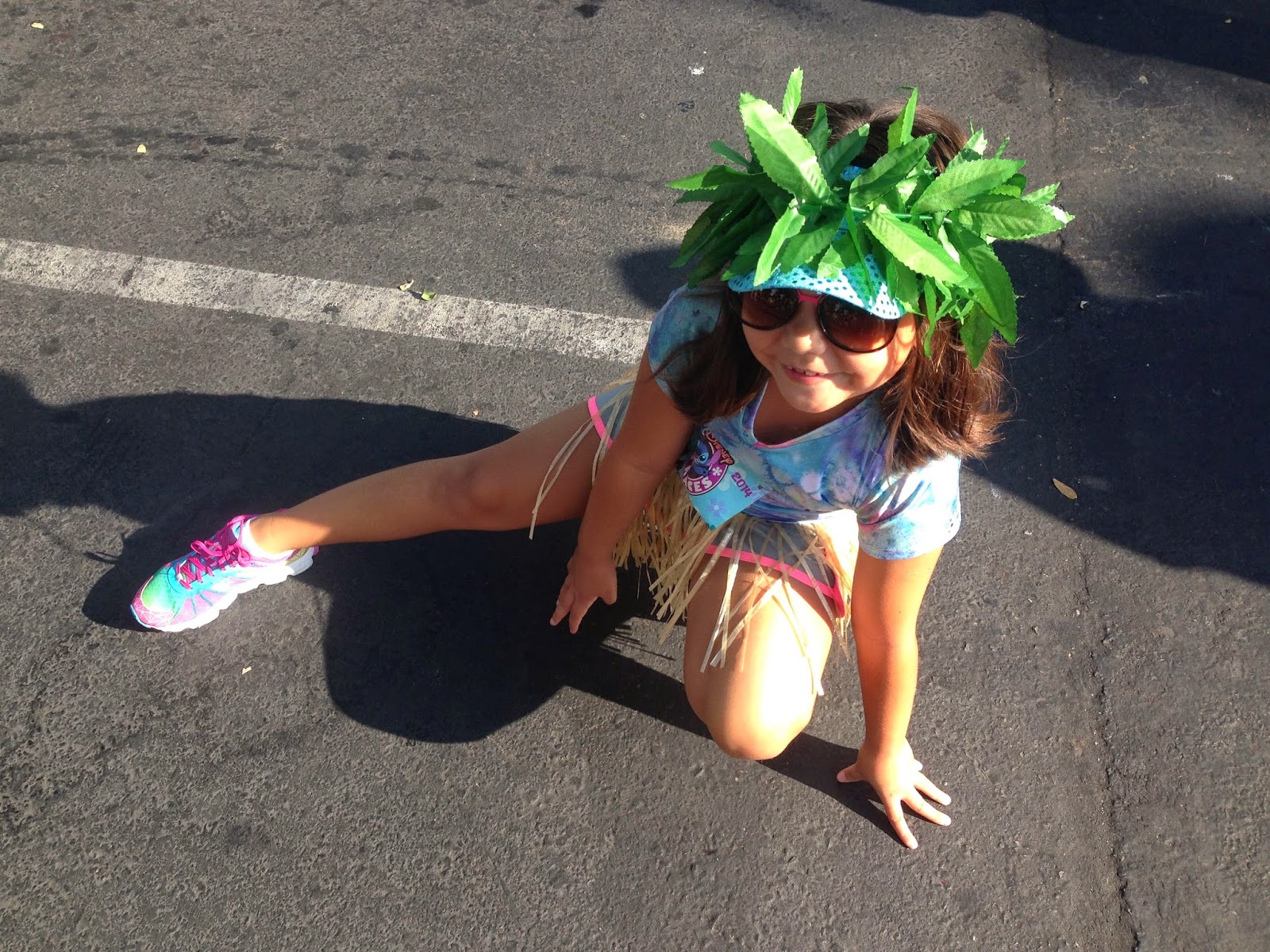 i asked her to give me her best hula pose, and she busted these out: 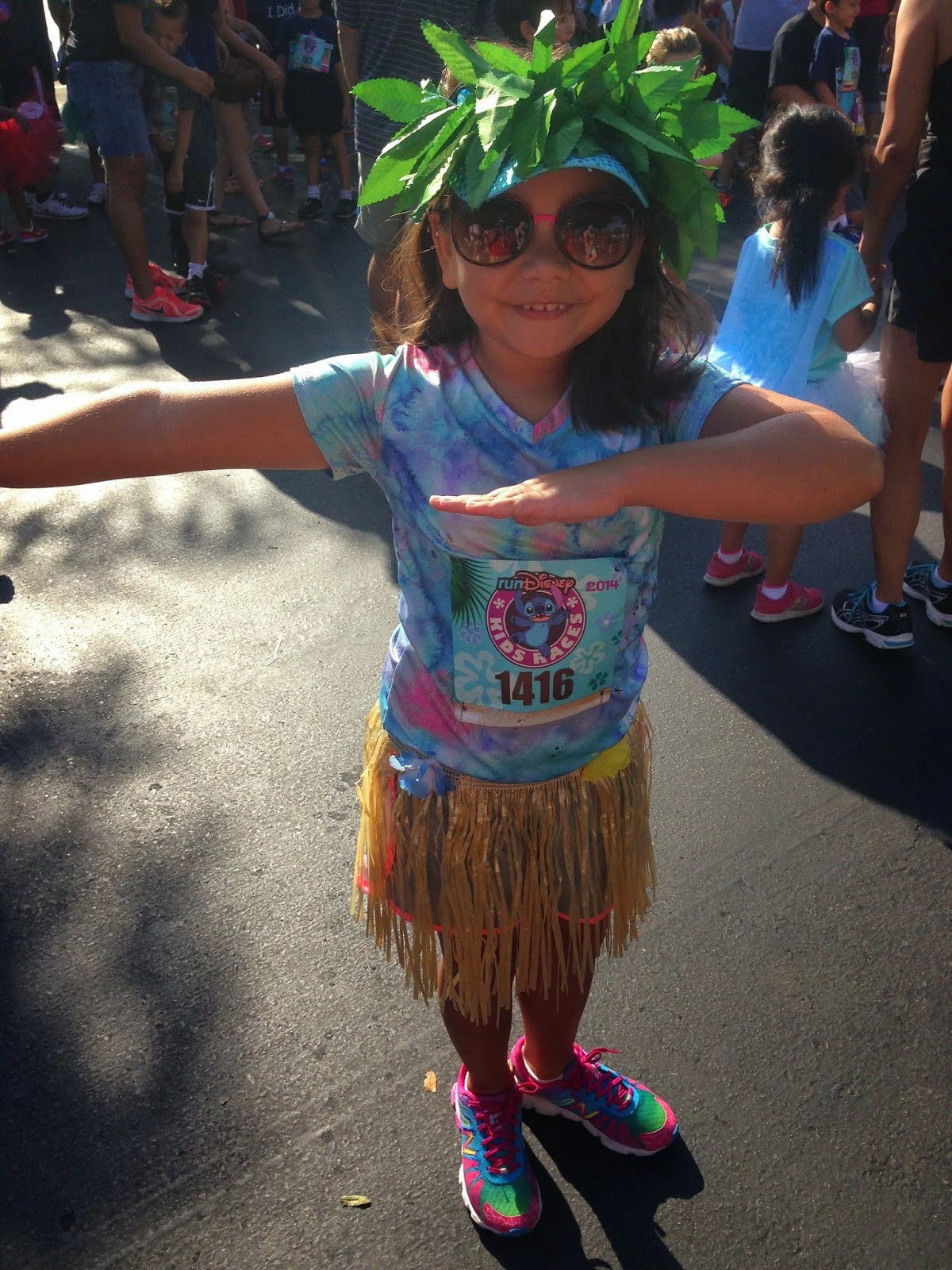 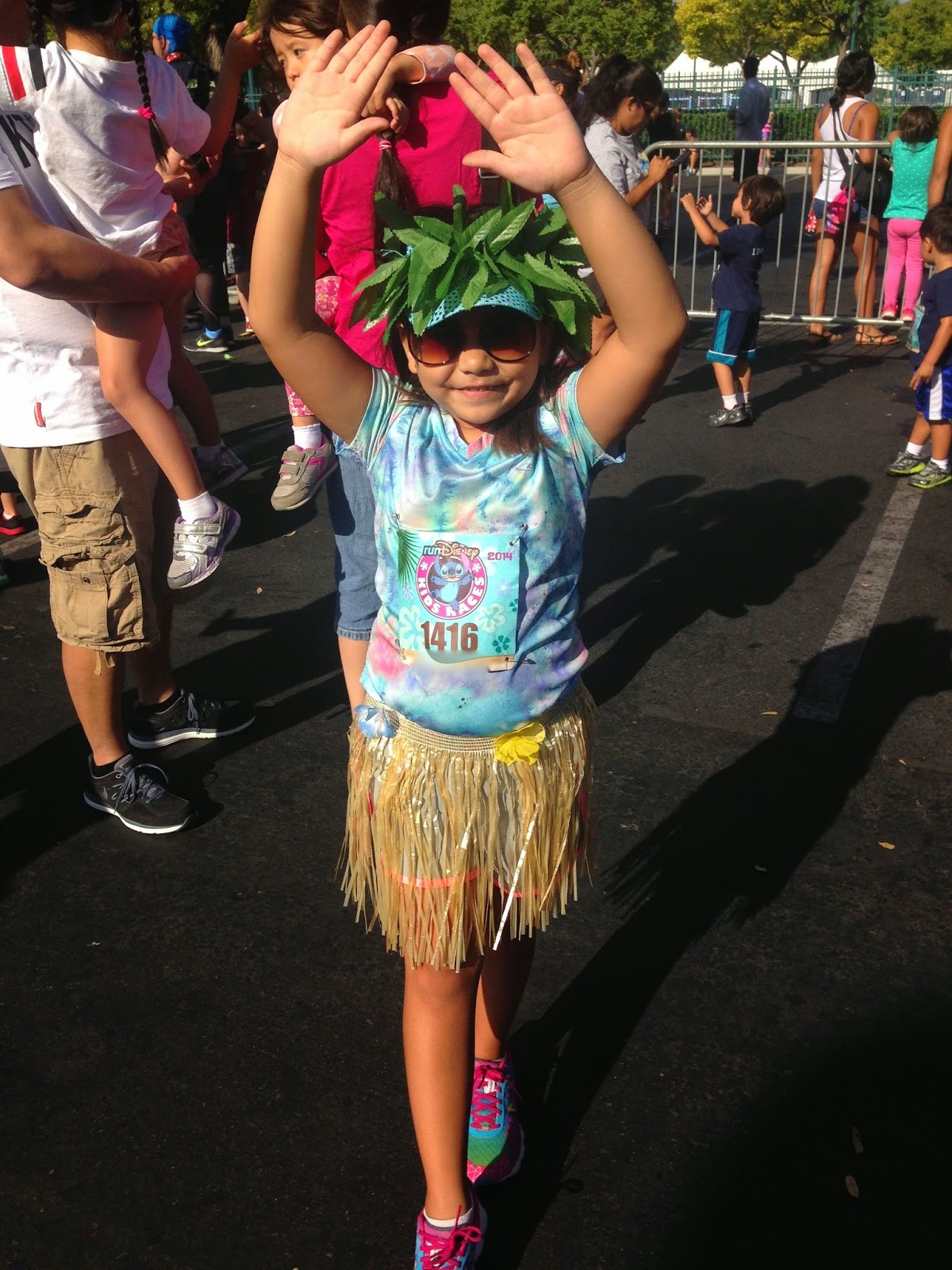 finally, it was time to make our way towards the start line. 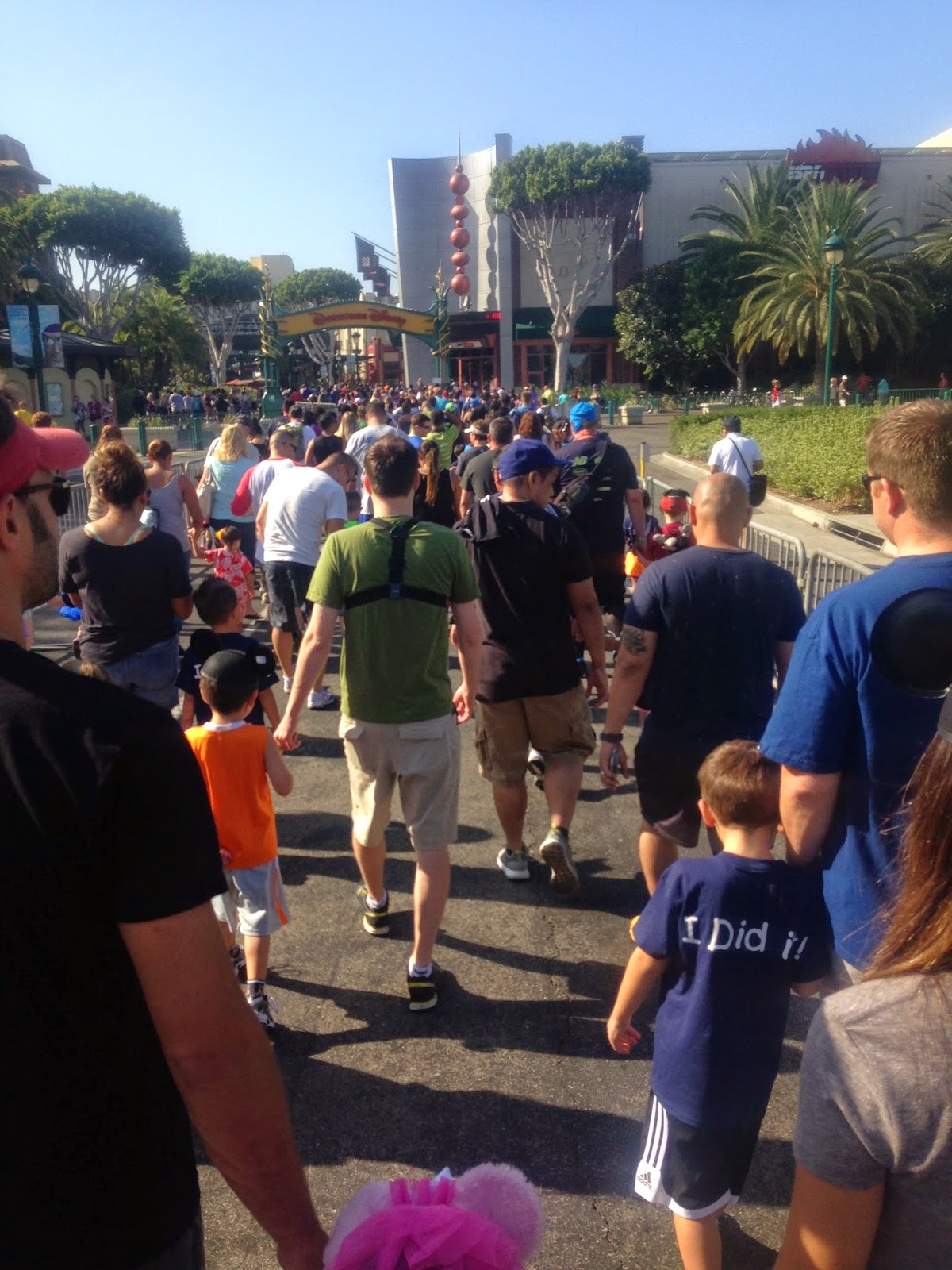 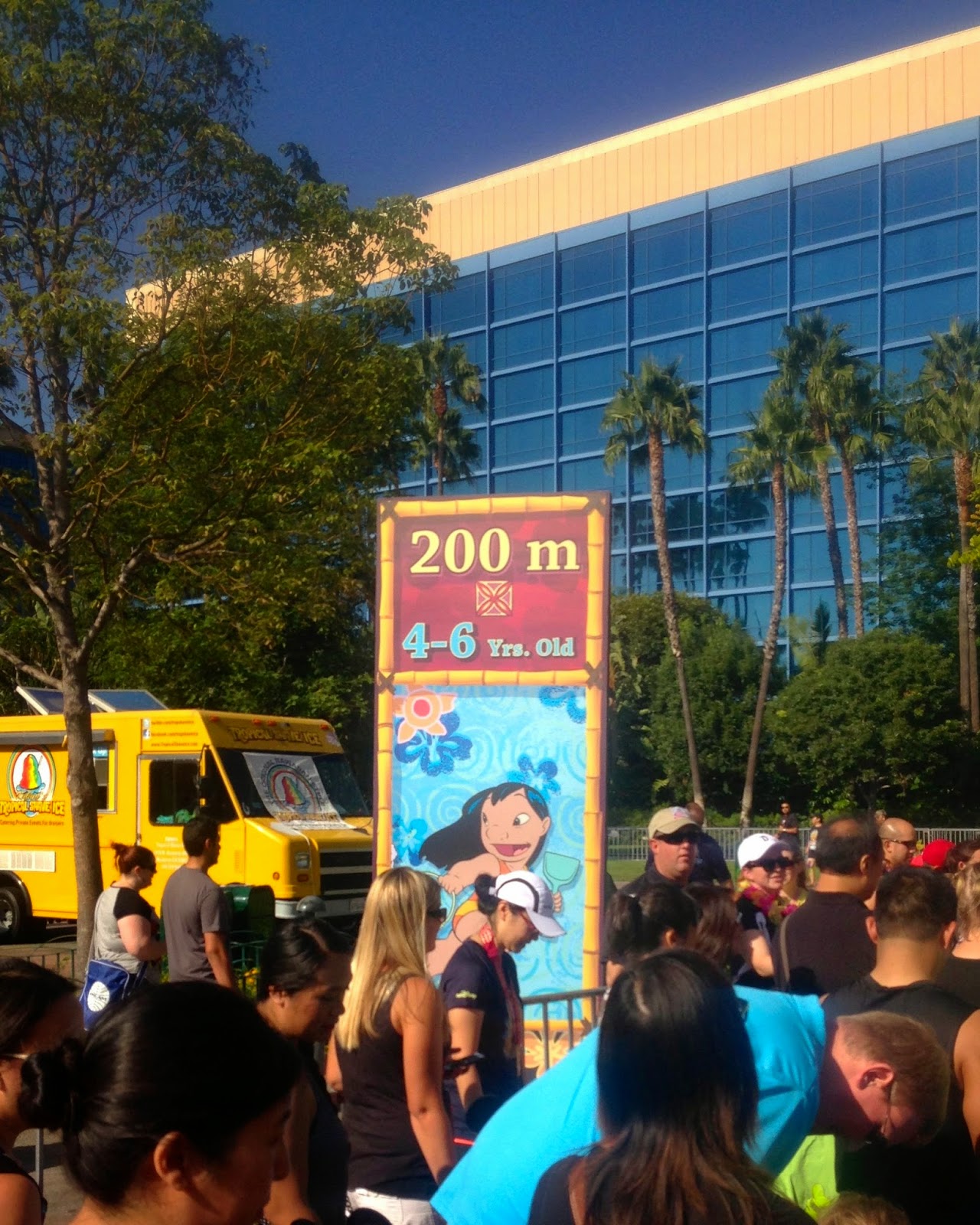 this dude was in charge of releasing the "waves" of runners. 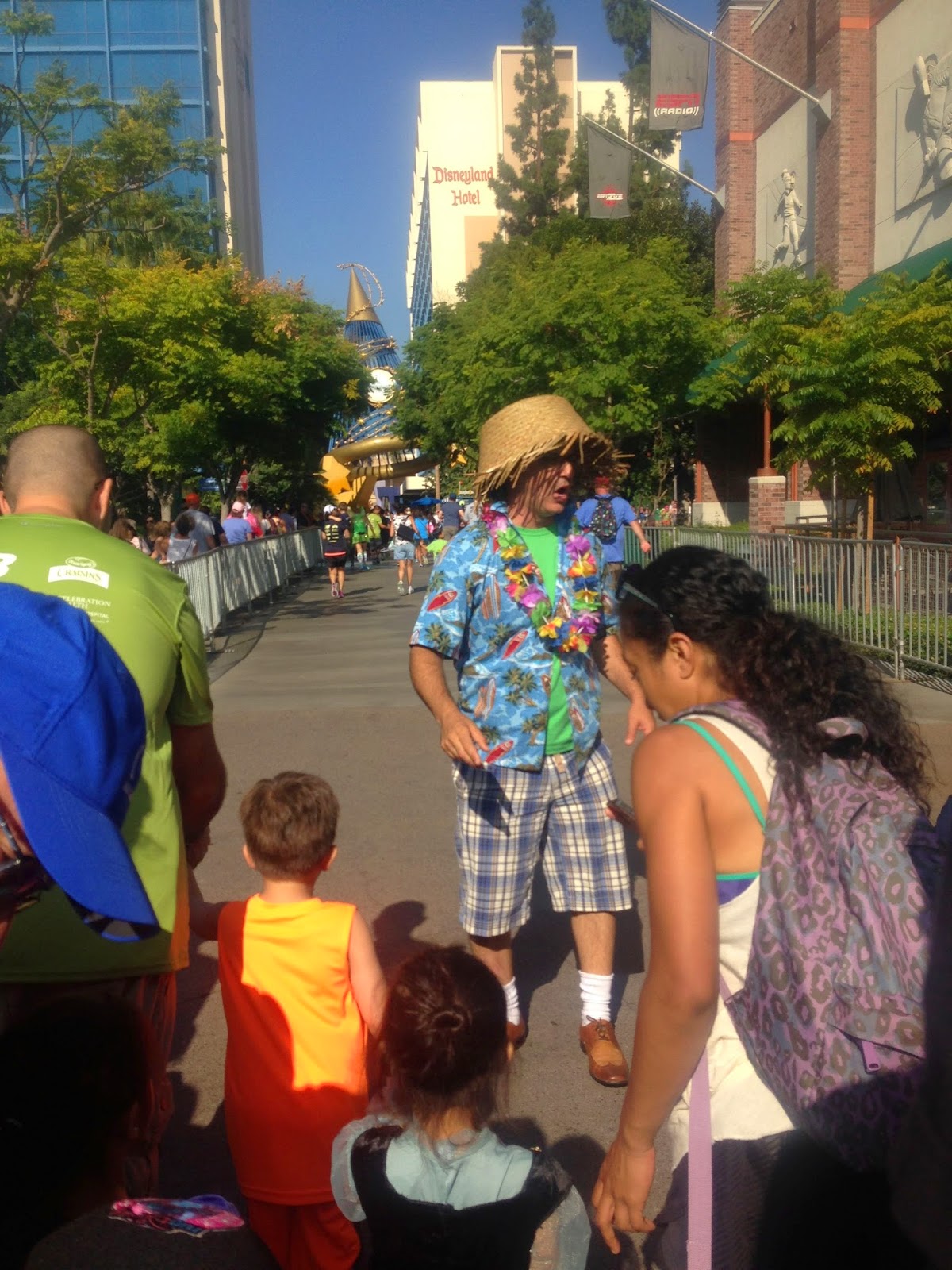 as always, my kid is a sprinter.  and as always, she took off like a shot as soon as she heard "go!" 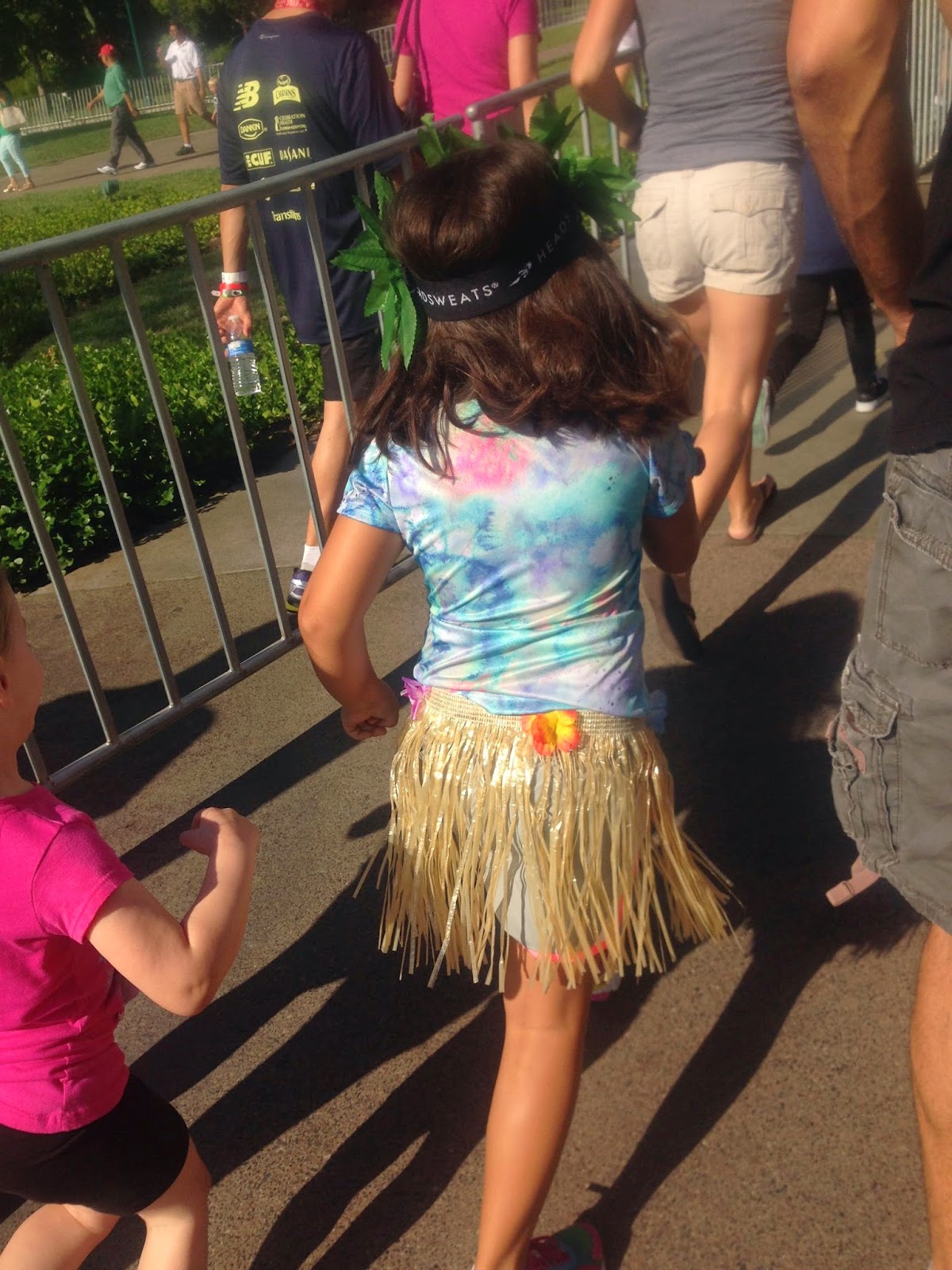 like, she's so fast that she totally left me in the dust seconds after she started.  can you see how far ahead of me she was?  it also didn't help that i was fully pooped from the 10K i'd just finished. it was right as she slowed down to adjust her visor that i finally caught up with her again. 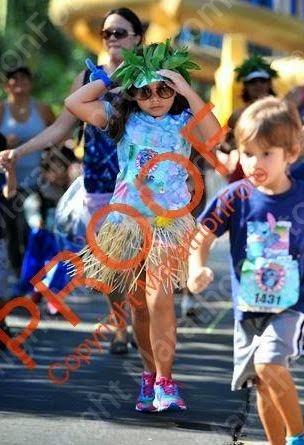 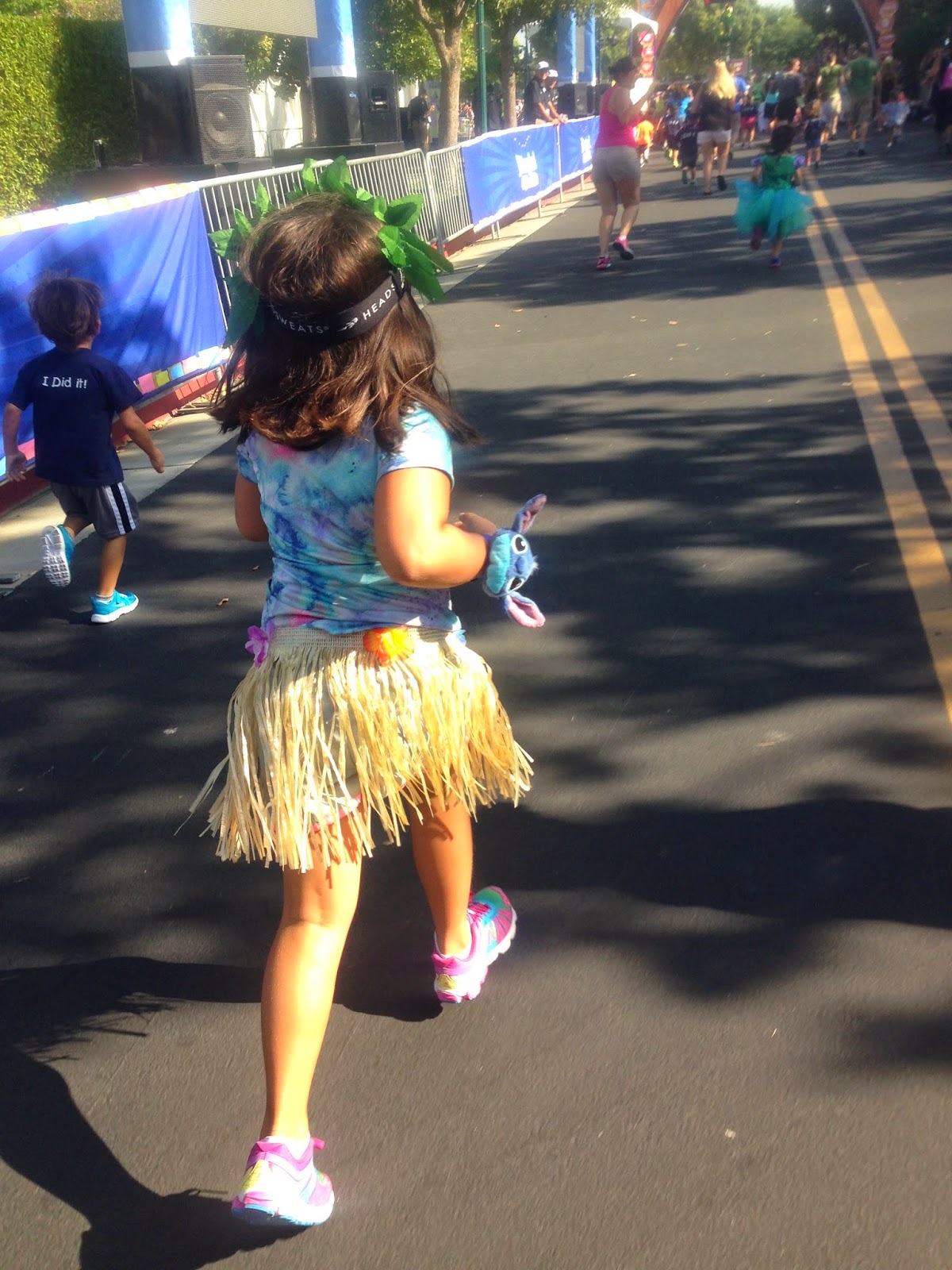 i adore these action shots. 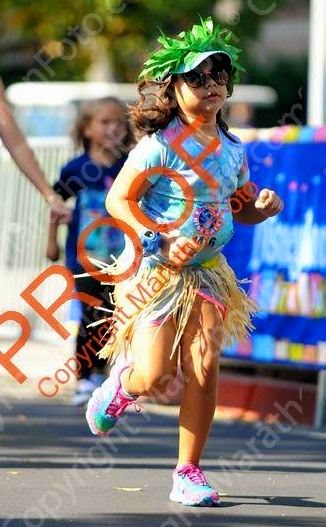 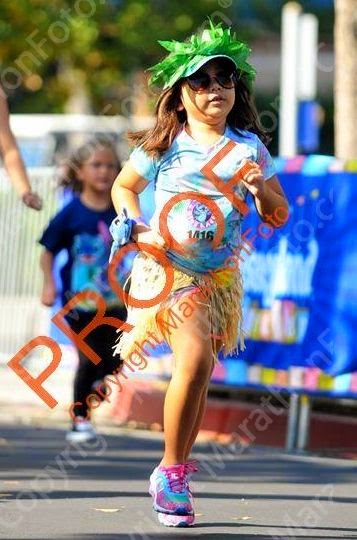 finish line at last!  she was rewarded for her efforts with a high-five from stitch himself. 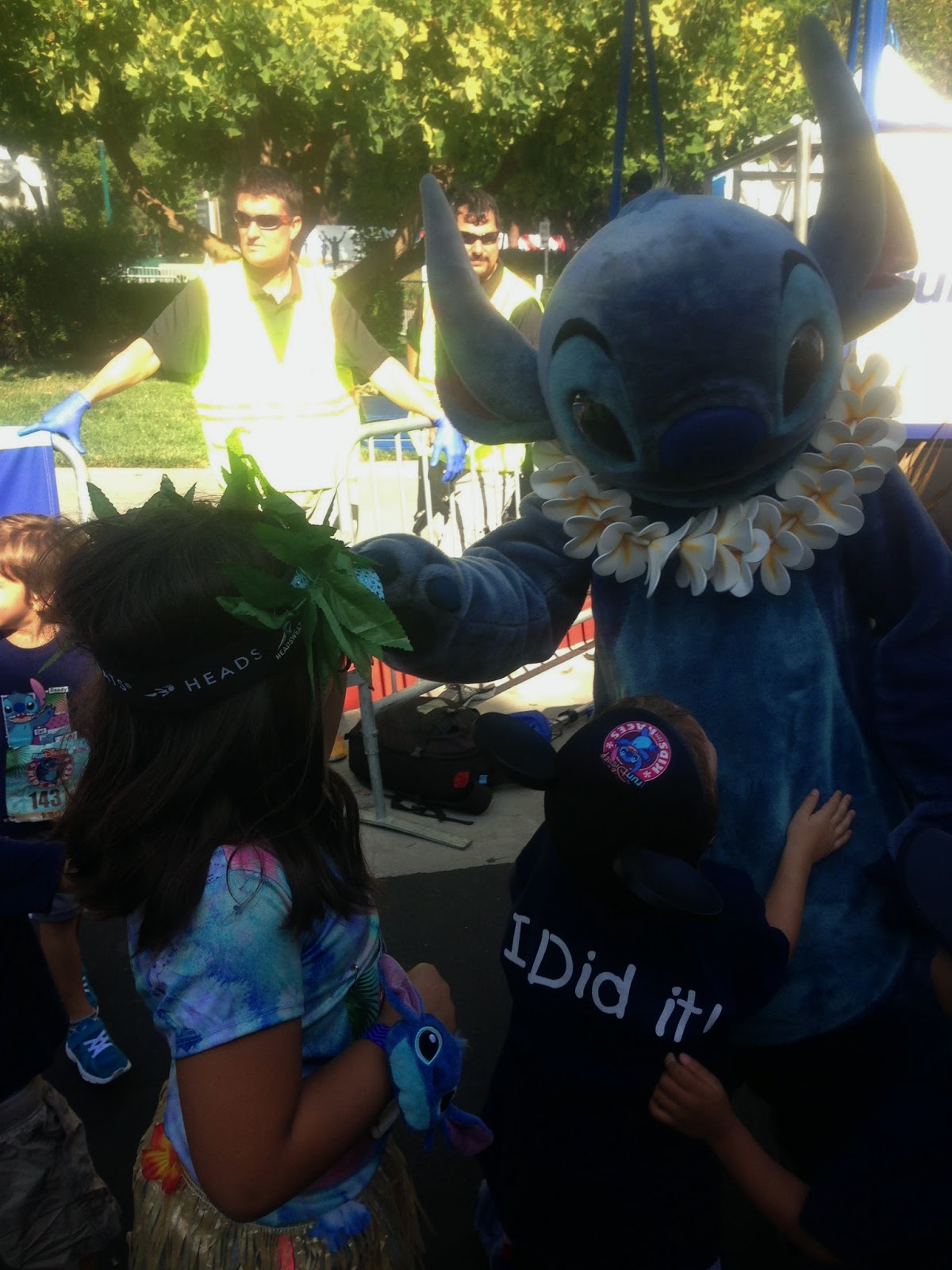 okay, so it totally looks like she's picking a wedgie here, but she wasn't, i swear. 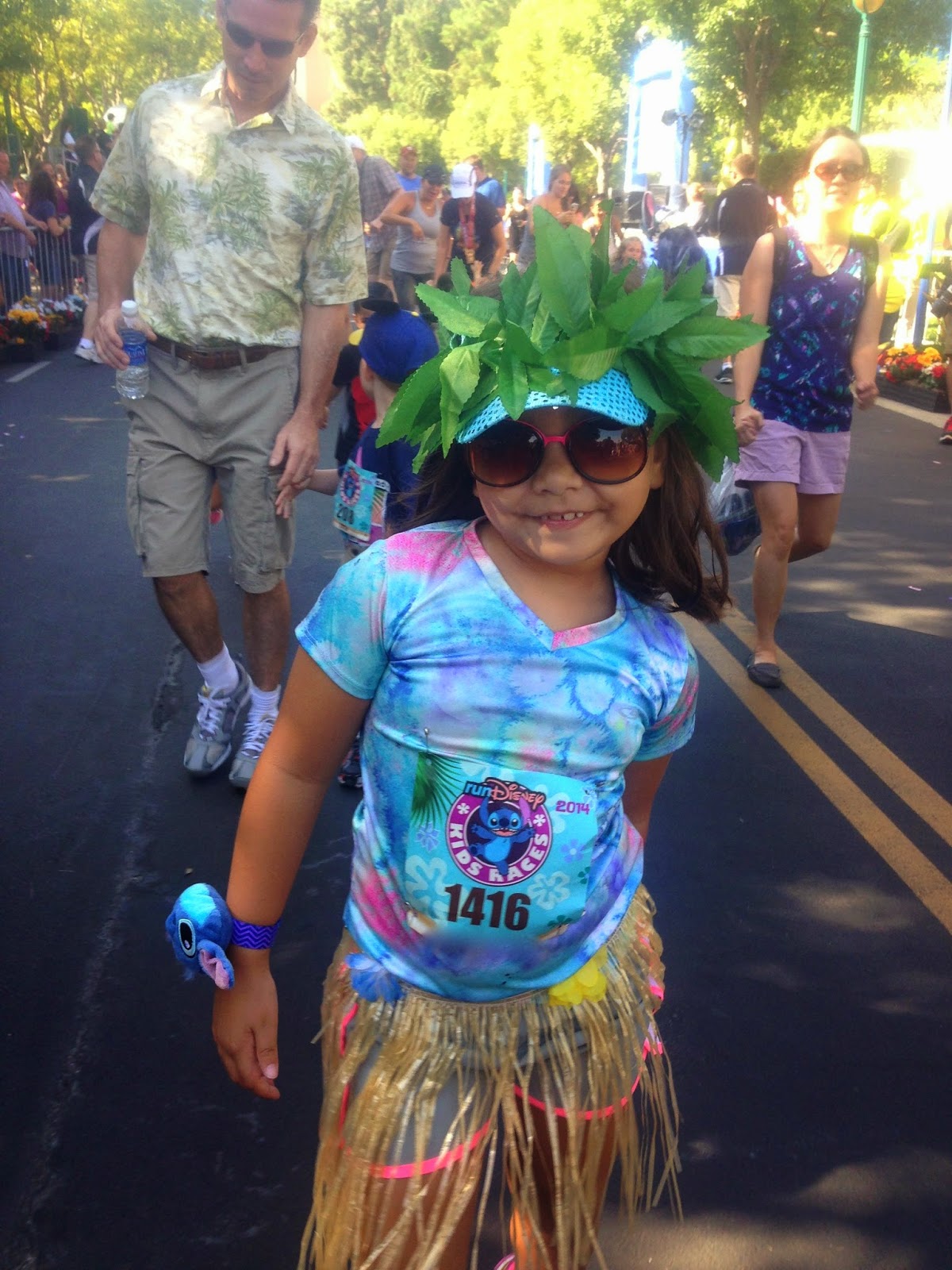 oh yeah, she got a medal too - from a very sweet and very enthusiastic volunteer. 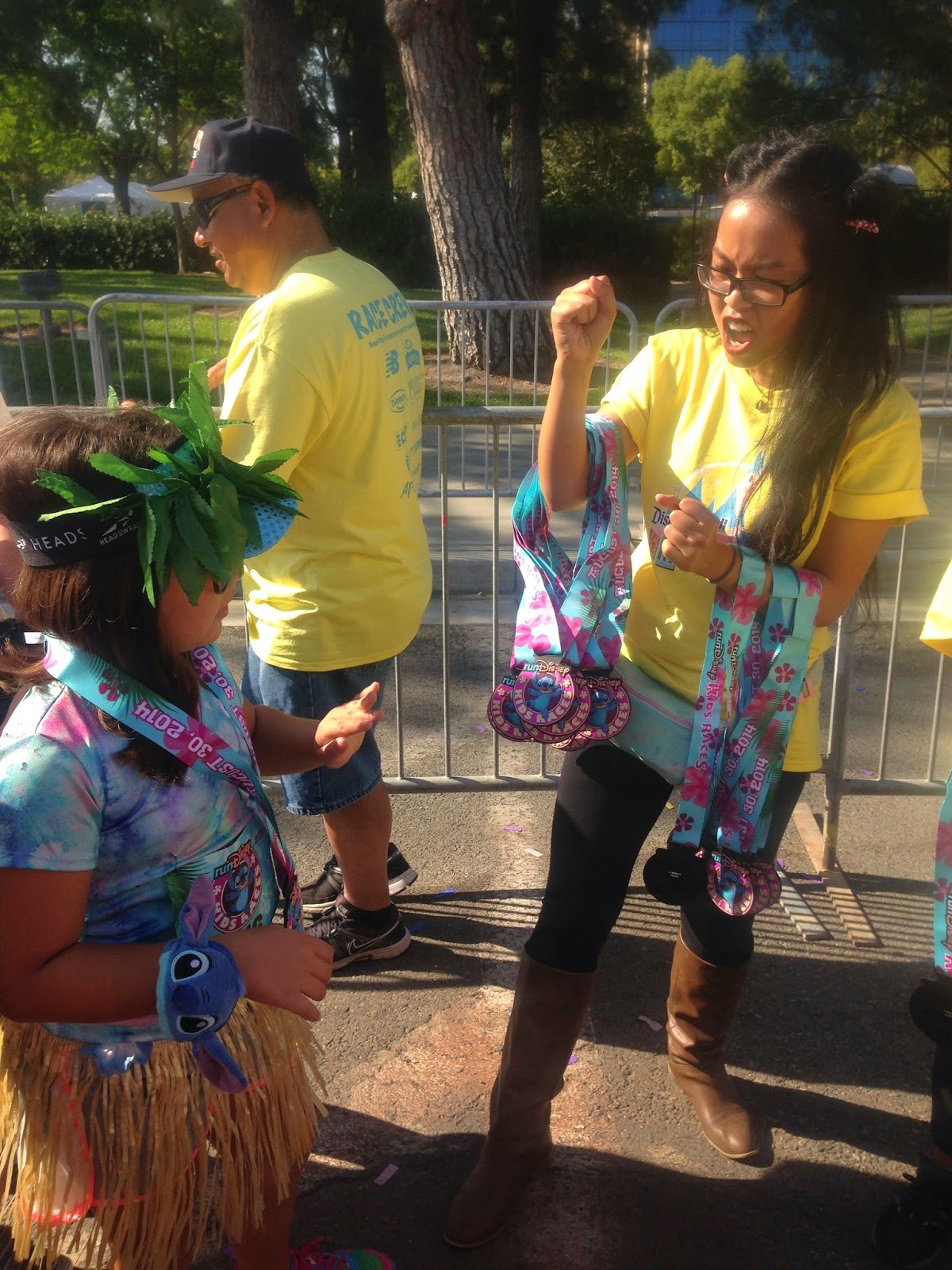 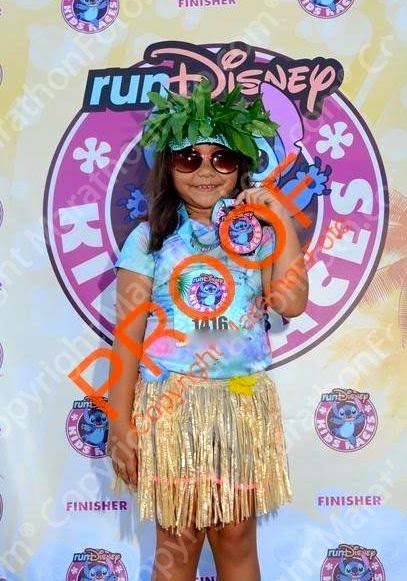 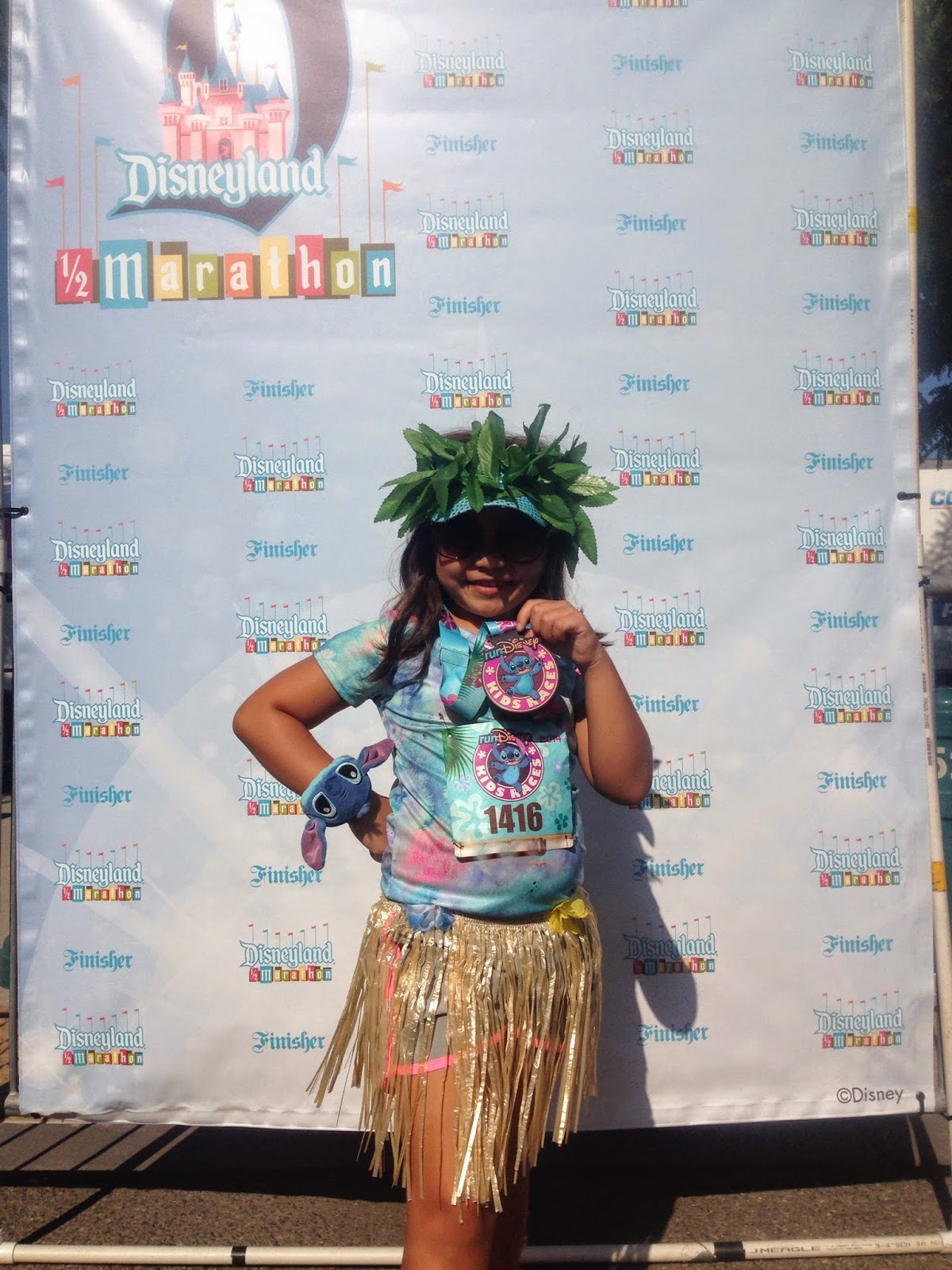 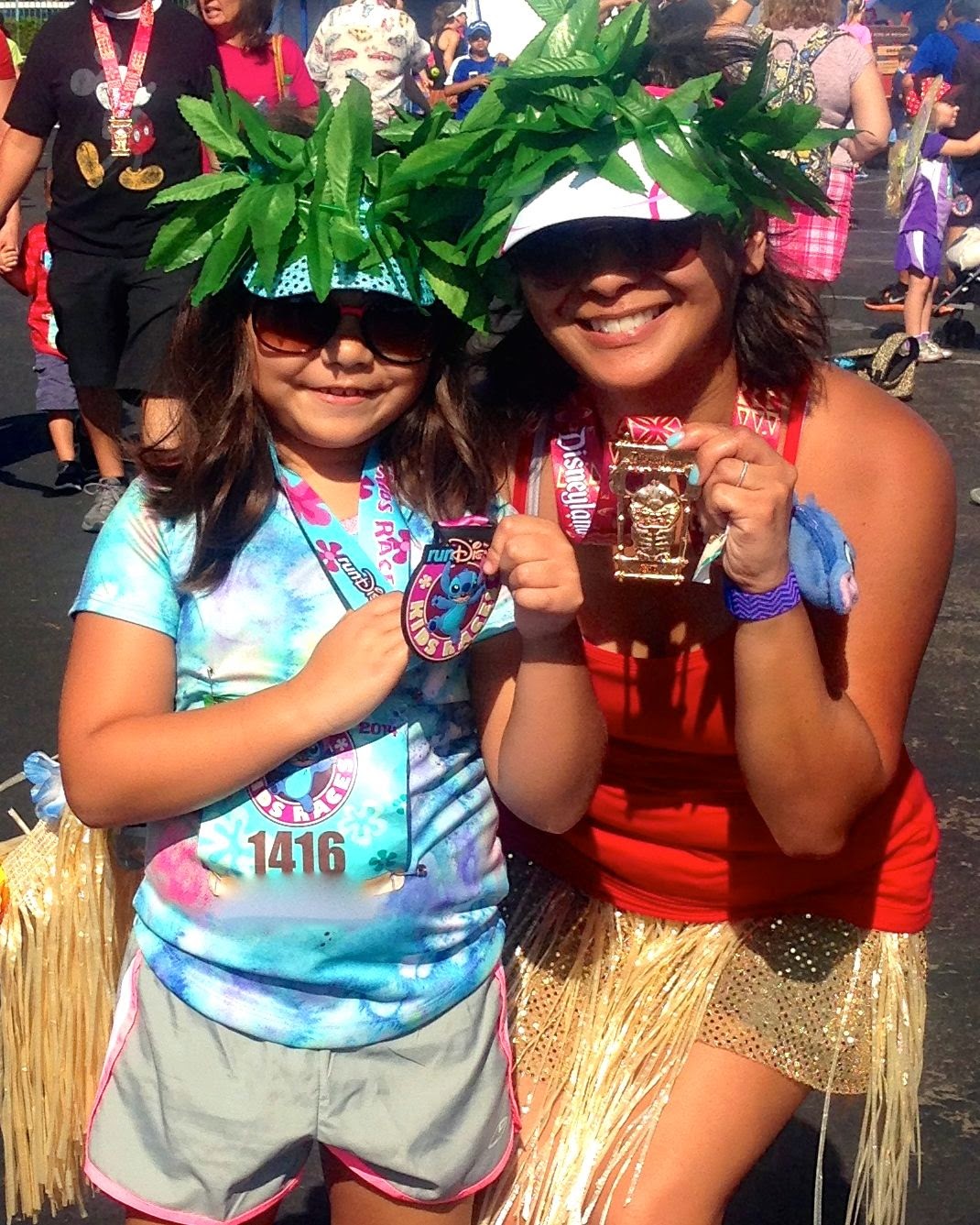 since she turns 7 in less than a month, this was her last 200-meter dash with run disney.  at the next one, she'll move up to the big kids race - 400 meters.  she's registered for the avengers kids race in november, but we'll see if she makes it since that's also the same weekend as the rock & roll race weekend in vegas.  i'm doing the "half of a half" there, which is basically another 10K.  but on the strip!  i'm looking for an elvis costume right now.
at September 08, 2014

Email ThisBlogThis!Share to TwitterShare to FacebookShare to Pinterest
Labels: disneyland, run disney, the bean runs too